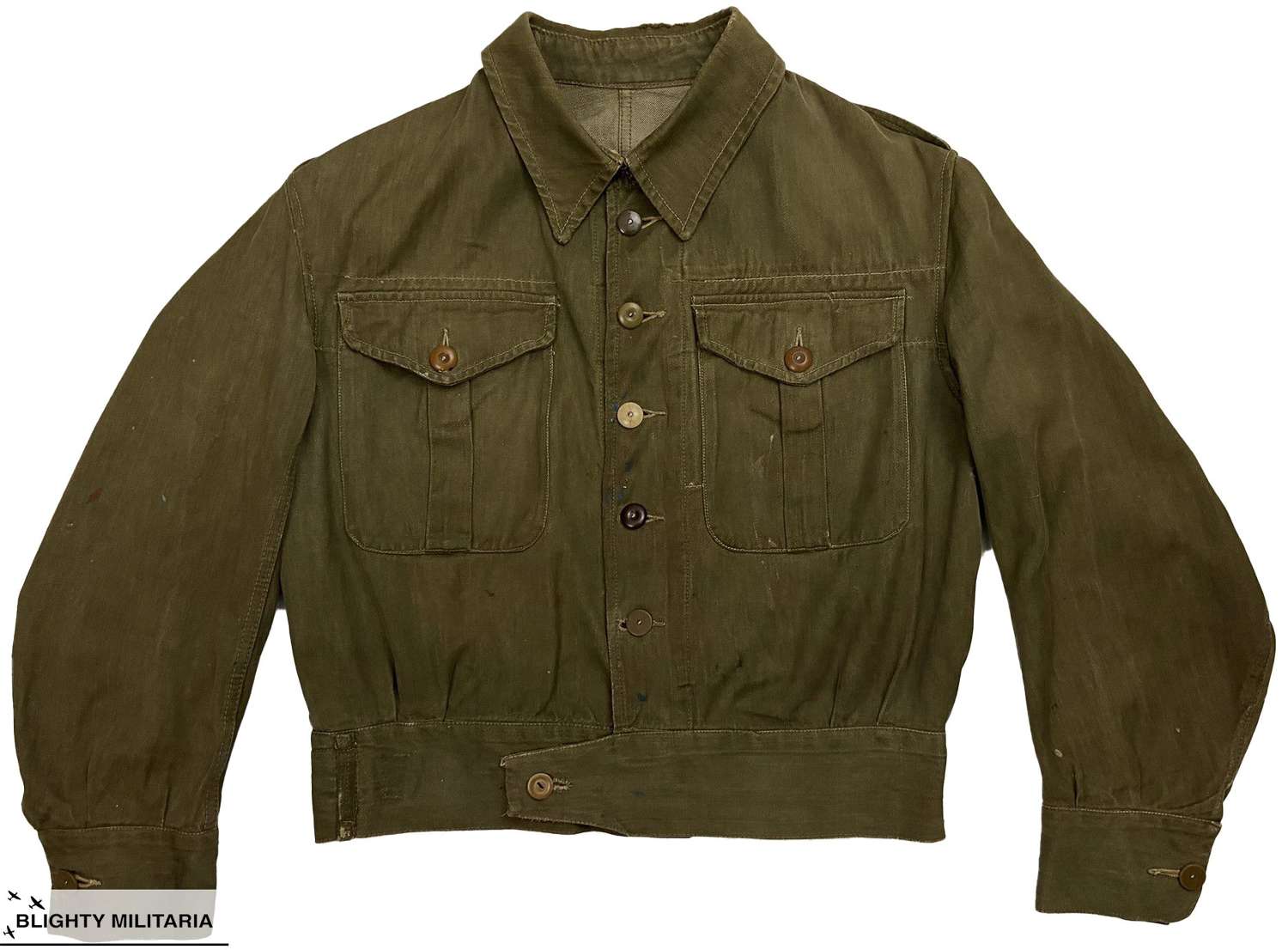 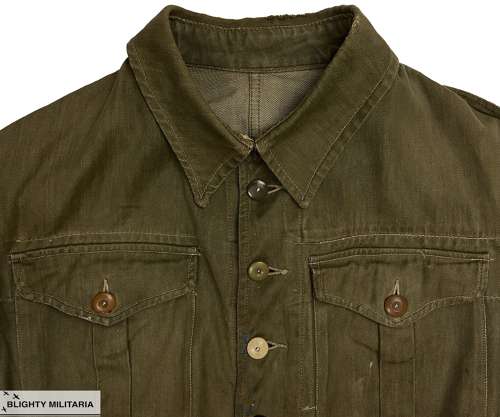 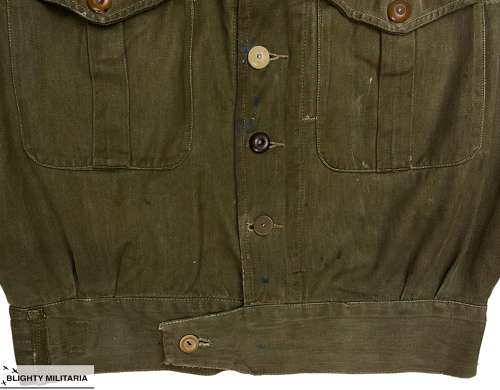 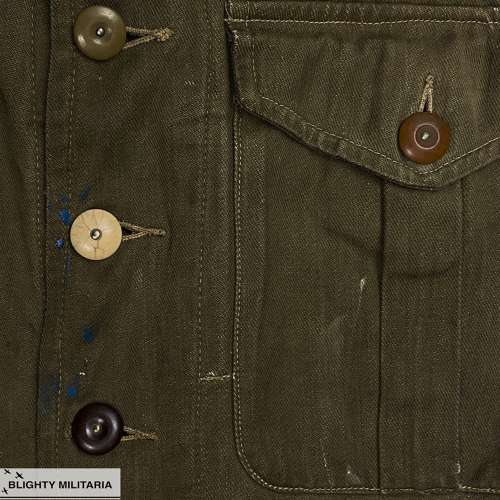 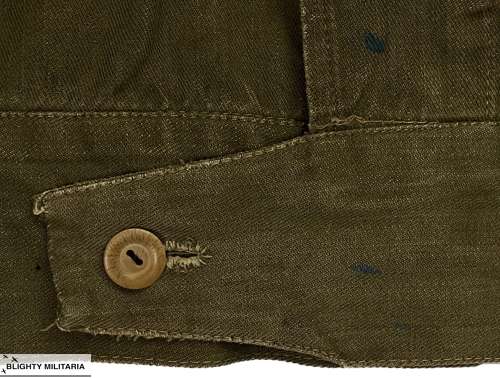 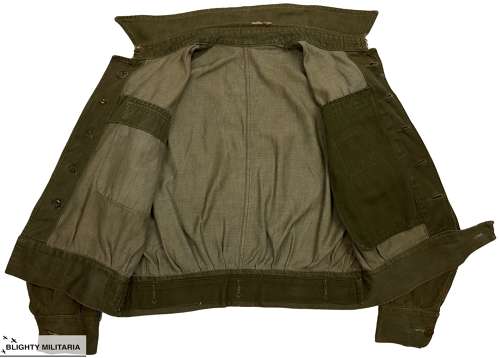 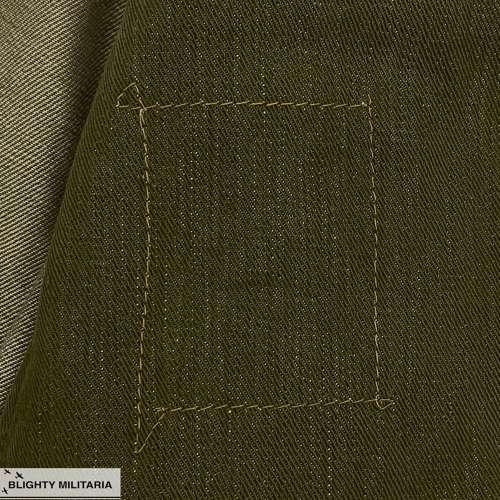 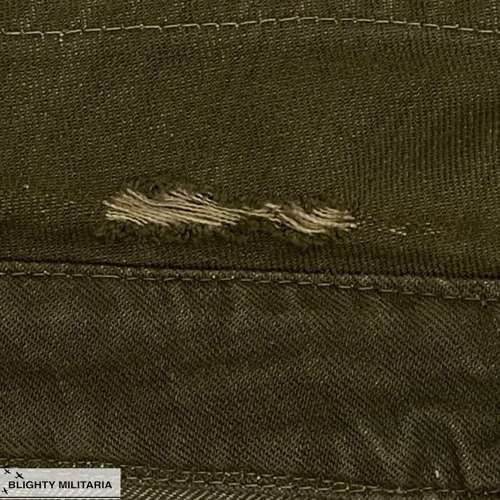 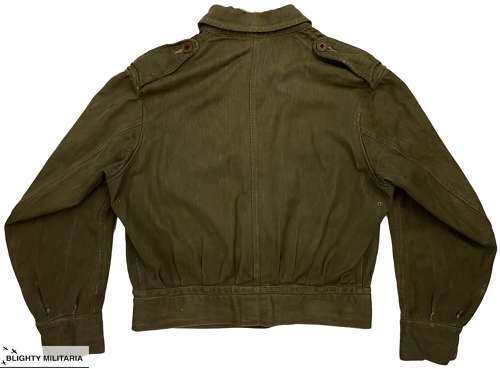 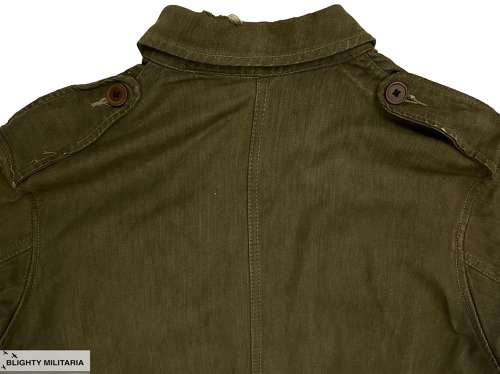 An original British Army First Pattern denim blouse made between 1939 and 1941.

This pattern of jacket was only produced in the first part of WW2 and was replaced by the austerity pattern in 1942. One of the most notable features is the pleated breast pockets only used on this pattern. The jacket is made from a green coloured denim cotton material and features a single inside pocket. The jacket has been converted post-war to be worn as workwear. It has had the belt buckle removed and the belt shorten with a button added to fasten it. The epaulette buttons have been changed for civilian buttons and there is a mixture of revolving shank buttons fitted, giving the jacket a less military look. Apart from that the jacket is standard and as it left the factory.

There is no label inside the jacket although there is clear evidence of where it was previously fitted. Whilst there is no label and date, this pattern was only produced for a short period so is easy to date.

The jacket has plenty of signs of wear and use which really add to its character. It is still very wearable but has some staining (including blue paint) and wear to the collar (picture 8). Please study the pictures carefully before purchasing and bear in mind that this is a pre-worn workwear jacket which has some small issues commensurate with age.

A great piece of converted British Army workwear with tons of character!