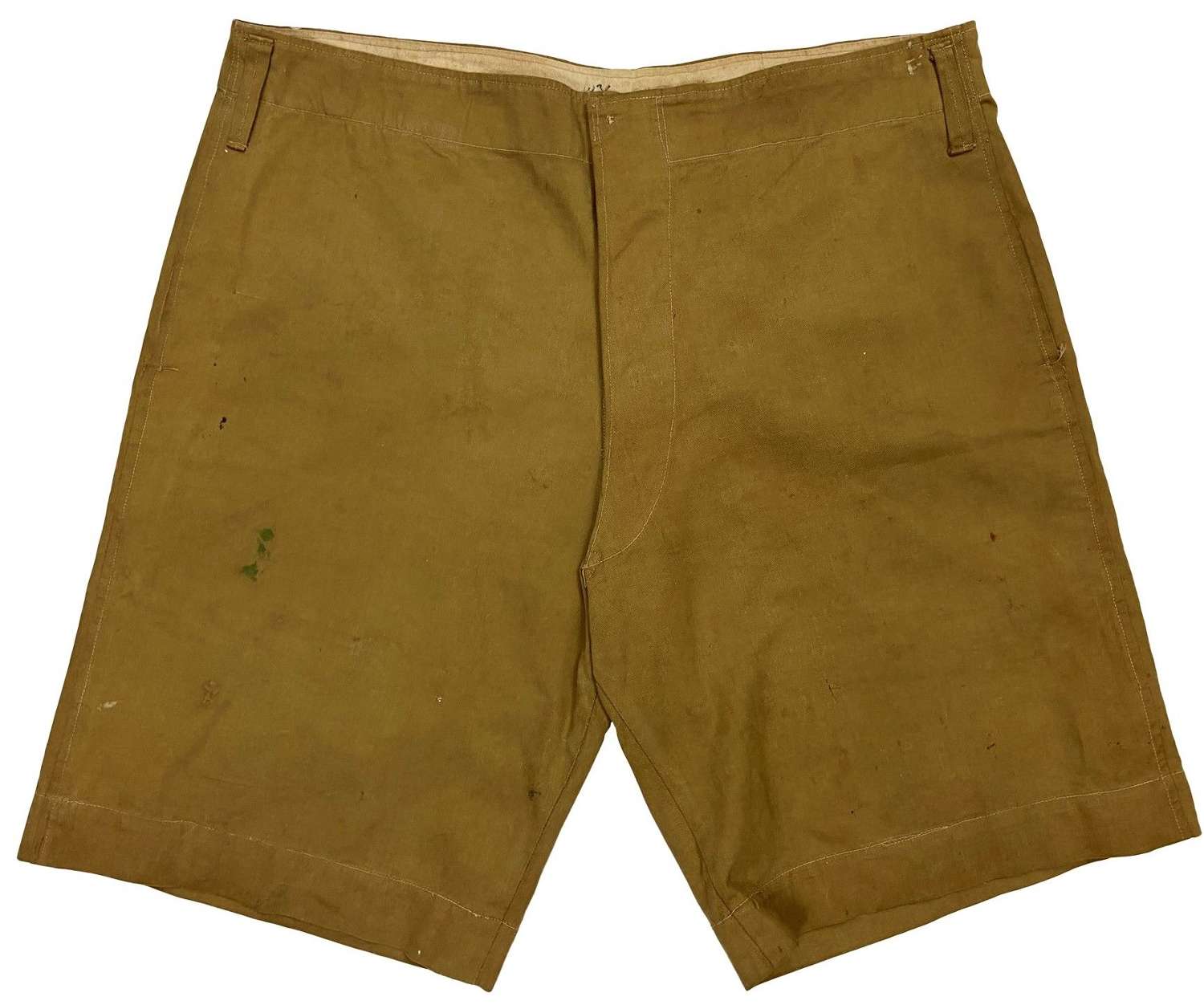 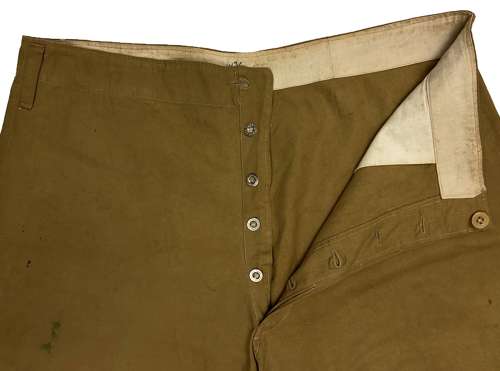 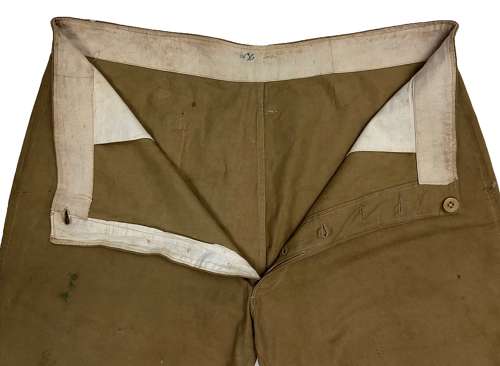 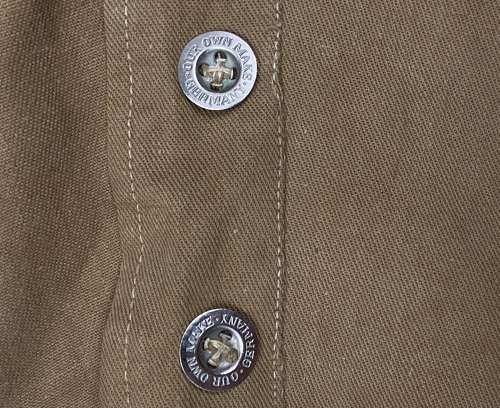 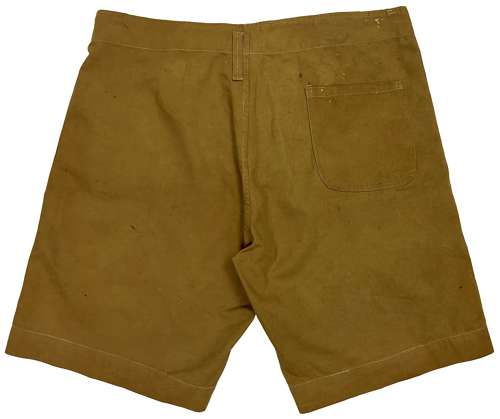 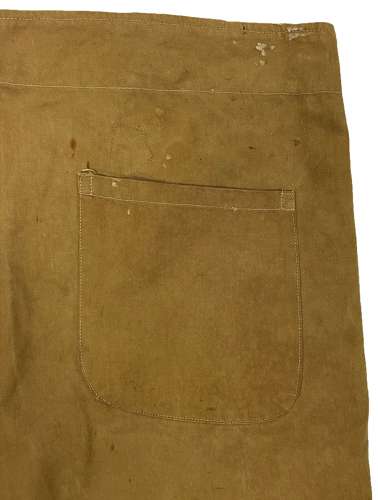 An original pair of British Khaki Drill shorts dating from the early part of the 20th Century and in good condition.

These shorts are made from a cotton drill which has a deeper, more orange colour than is usually encountered on later shorts. This hue of fabric is typical of that used around the time of the Great War meaning that these shorts almost certainly date from this period also.  The shorts feature no markings or labels so were almost certainly privately bought by an individual or an officer of the British Army. They feature metal buttons which are stamped 'Our own make'. This style is found on many British workwear and military items from the first half of the last century.

The shorts are cut in a typical manner found during this period with a reasonably narrow leg and high rise waist. Slash pockets are located to the side seams and a single patch pocket is also present. The fly fastens with buttons and belt loops are located to the waist.

The shorts are in good condition as can be seen in the pictures. There are some signs of wear and use as well as some staining. Please study the pictures and bear in mind that these are a vintage pair of pre-worn shorts which may have other small issues commensurate with age.

A nice pair of early KD shorts in good condition.