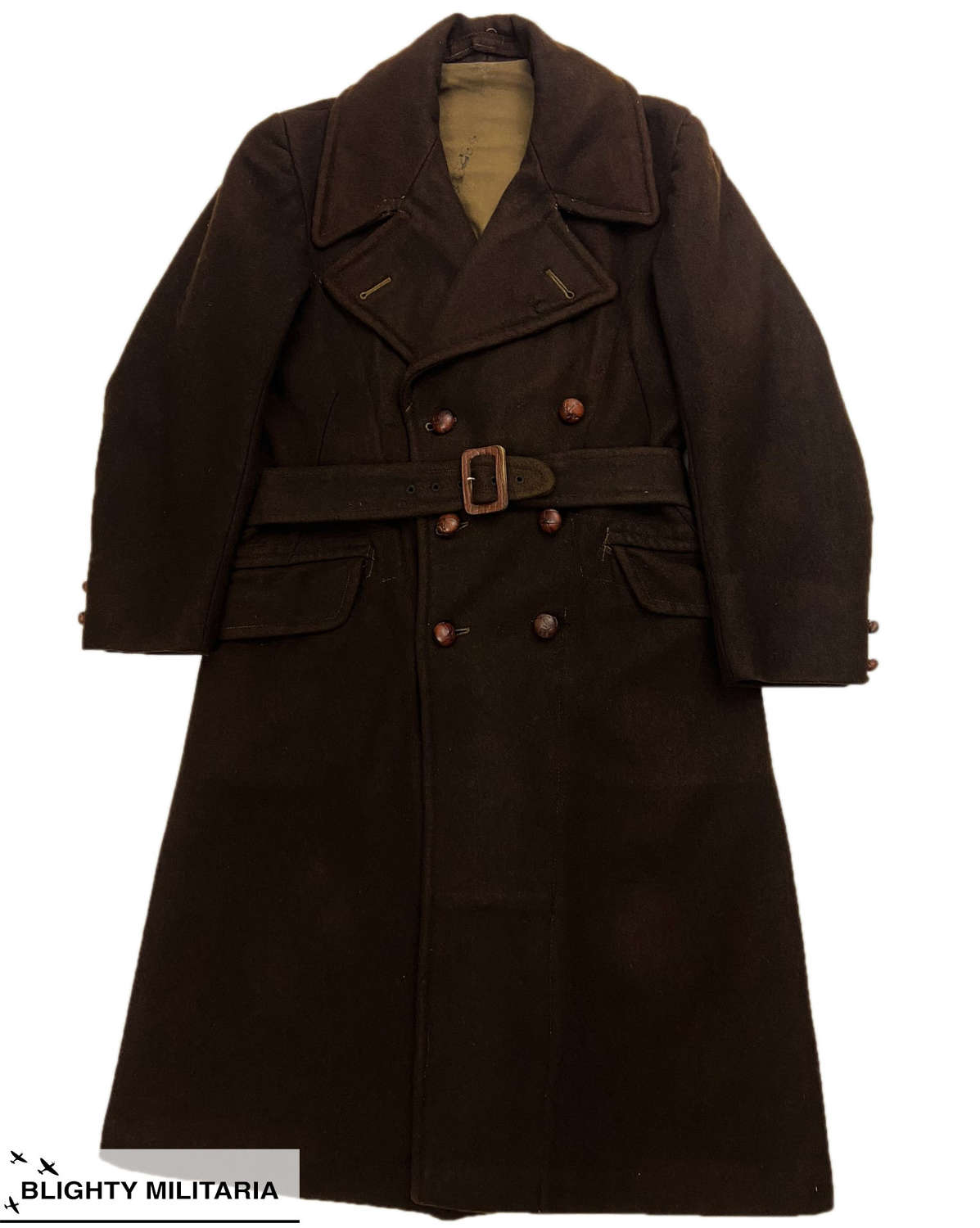 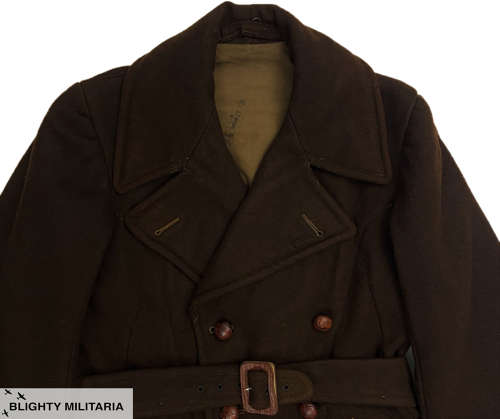 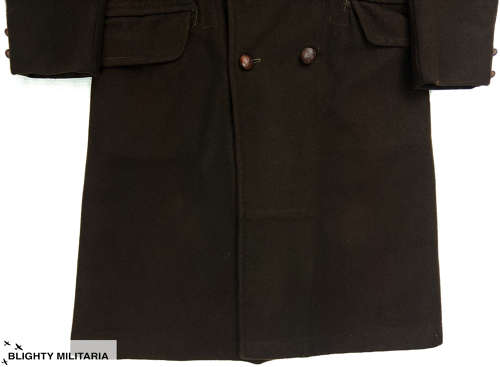 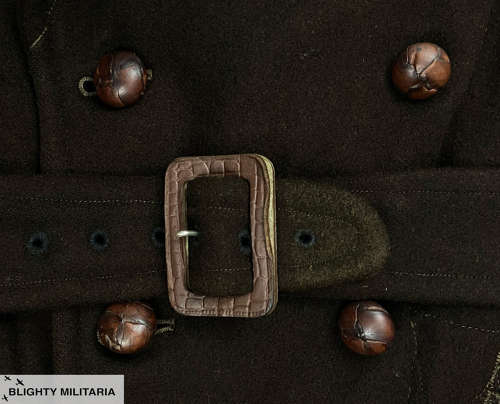 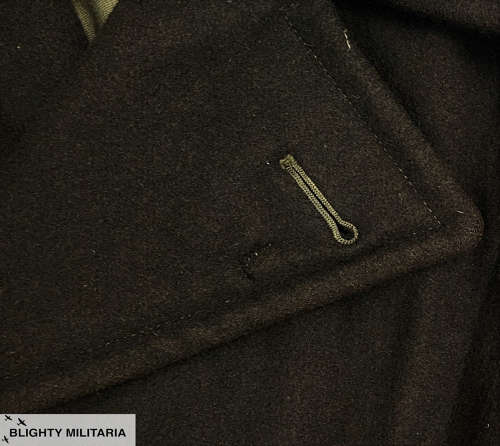 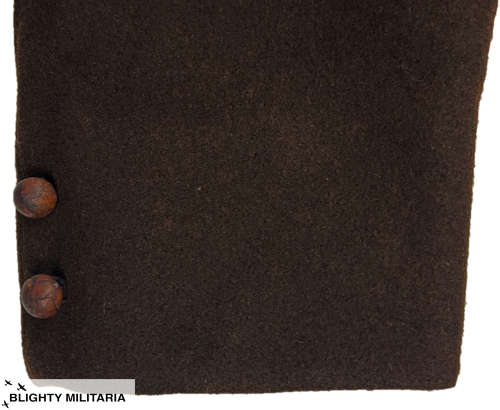 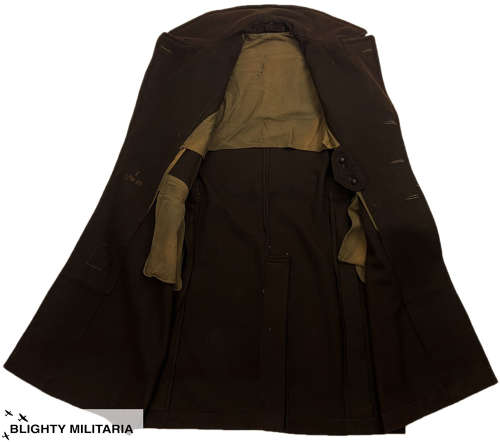 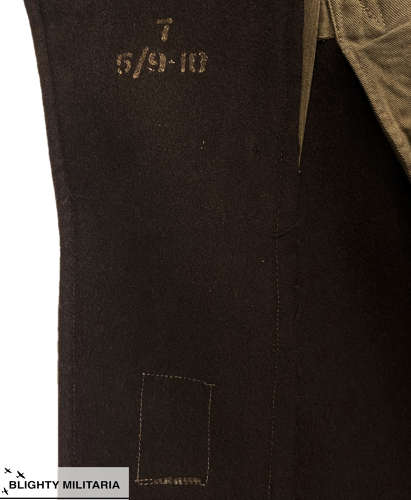 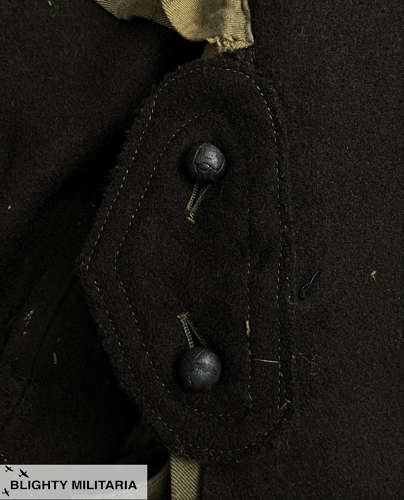 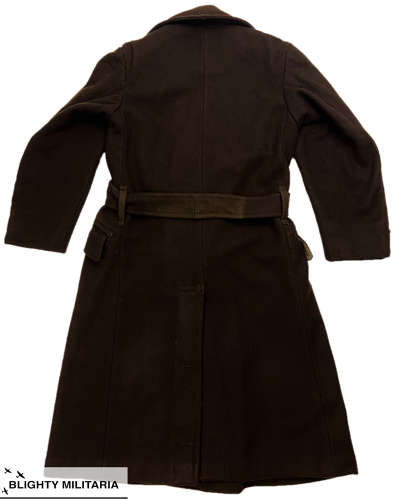 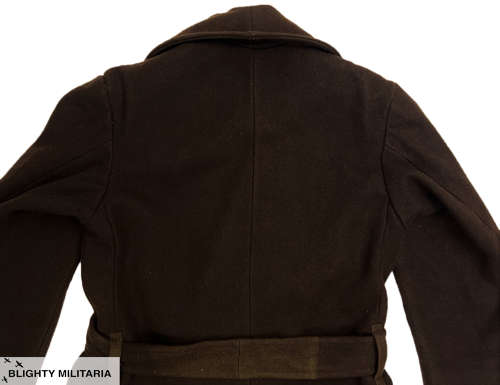 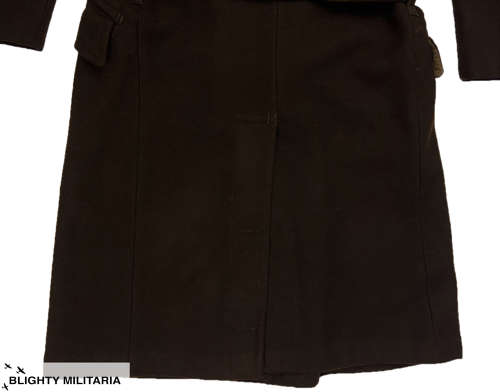 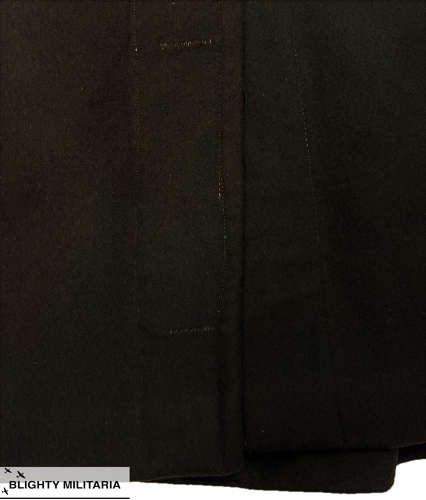 An original British Army 1939 Pattern Greatcoat which has been carefully converted for civilian use.

This coat belonged to a Captain of the British Army and it was stored with his wartime uniform which would suggest it was worn around the time of the Second World War. It has been in storage for many decades and is clearly a period converted item.

This coat started life as a standard early Second World War 1939 pattern greatcoat. These were only produced in the first couple of years of the war and are now fairly hard to find. It is made from a thick blanket serge wool which would have originally been green. It has been overdyed brown to make it look less military. Interestingly, it is the same colour of brown which was used for Prisoner of War uniforms during WW2. All the original buttons have been replaced with leather 'football' buttons including the two inside the coat which keeps the throat latch in place. Two buttons were originally fitted to the vent on the skirt and these have been removed with the button holes being very carefully stitched up making them hard to notice (picture 13). A waist belt has been made from matching material and fitted with a period buckle which is another detail which makes it look less like the original military issue coat.

The interior of the coat features a partial lining of cotton drill which also shows signs of being overdyed. There is evidence of where the original label was previously stitched in and the size stamp is still visible and states the size as 7 which is intended to fit someone of around 5' 10".

The coat is a small size which will suit around a 34" - 36" chest, depending on desired fit. When laid flat it measures -

The coat is in good condition with some signs of wear and age etc. It is still very wearable and displays well but is a vintage item so please take time to study the pictures and bear in mind that it is a vintage, pre-worn item which may have small flaws commensurate with age.

A great example of how a coat was converted for daily use instead of buying a new coat!