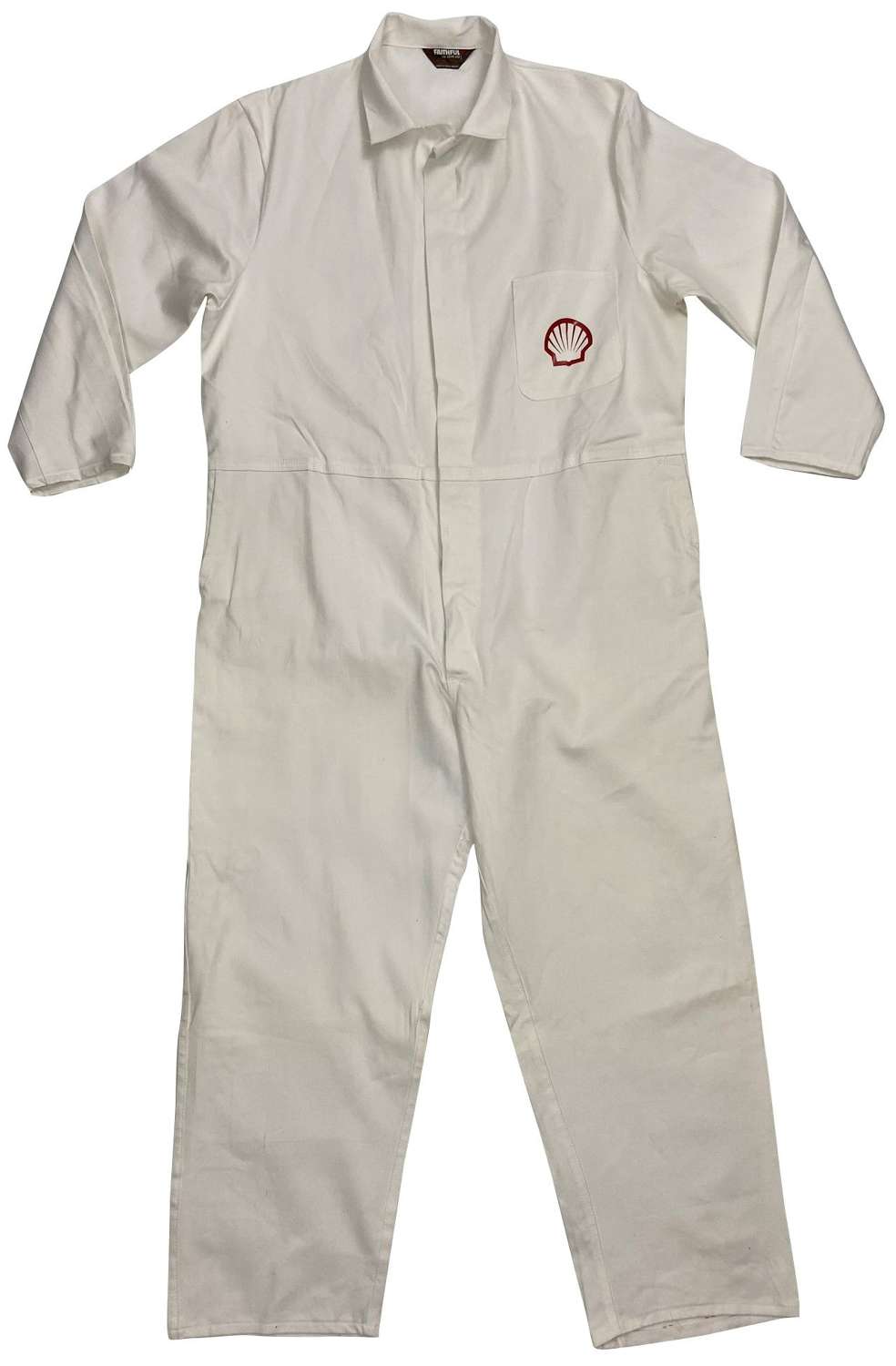 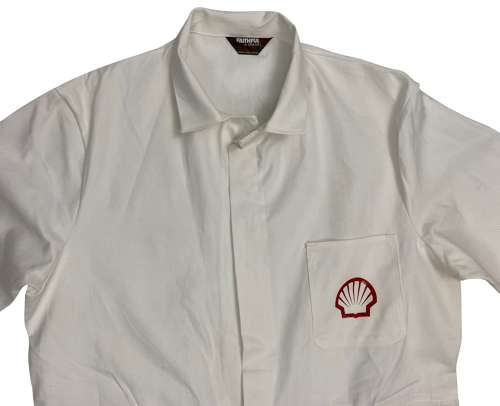 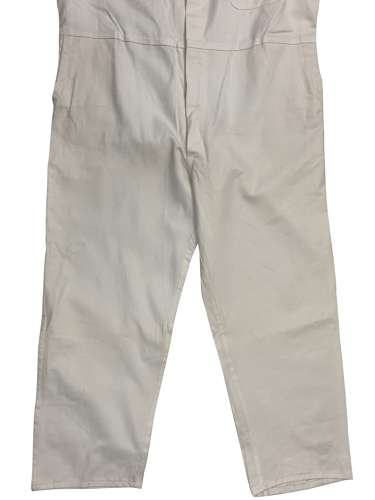 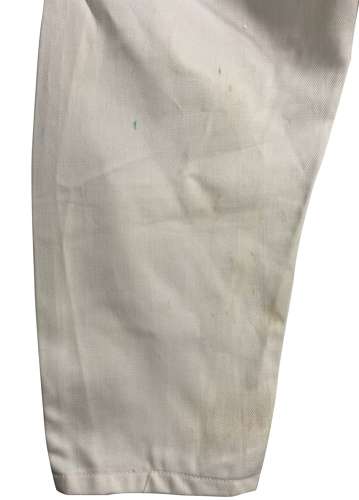 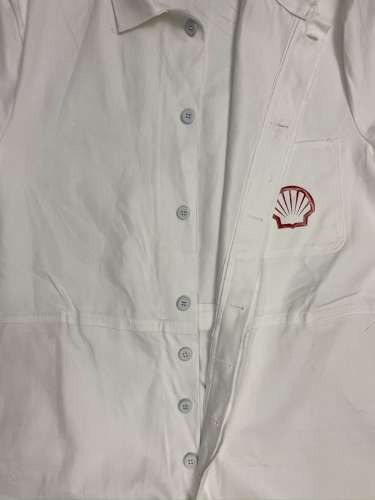 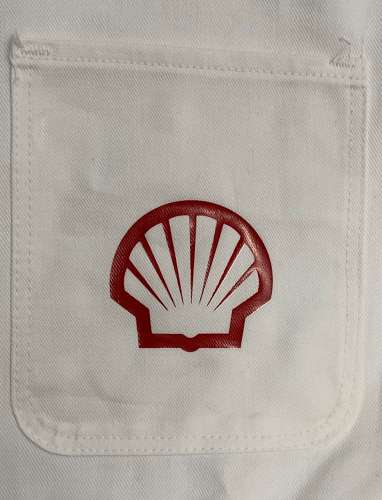 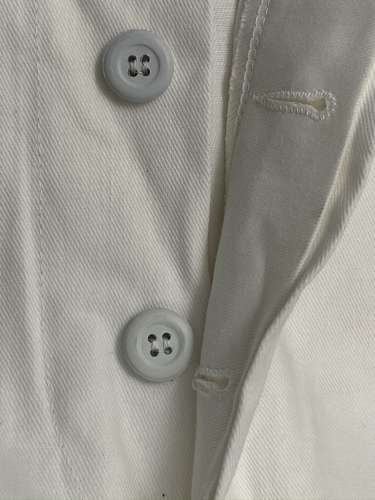 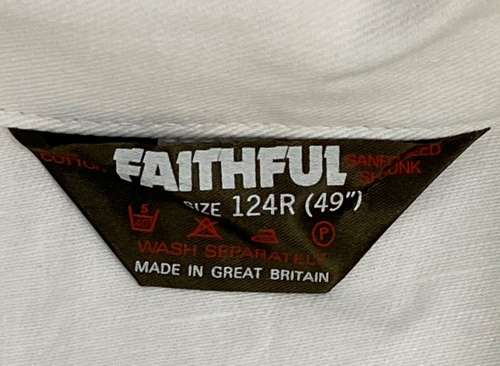 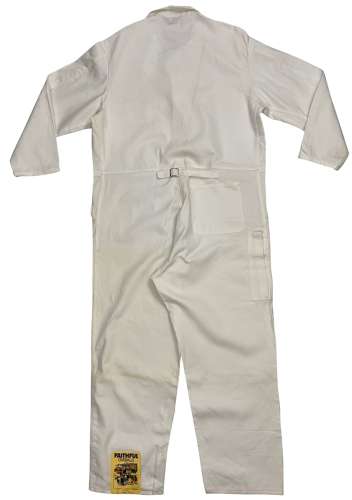 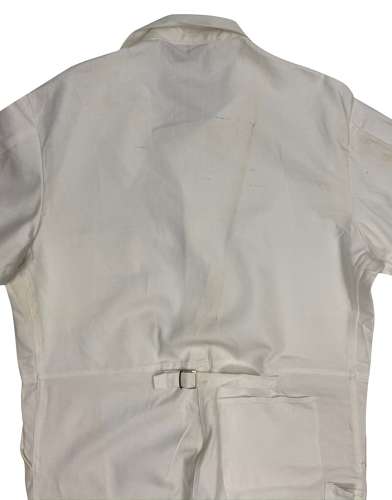 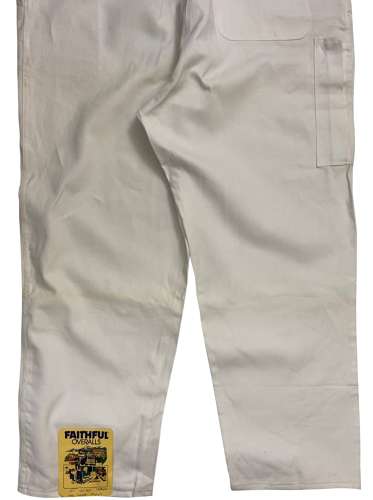 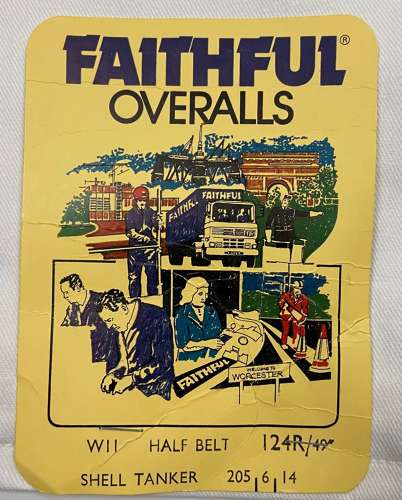 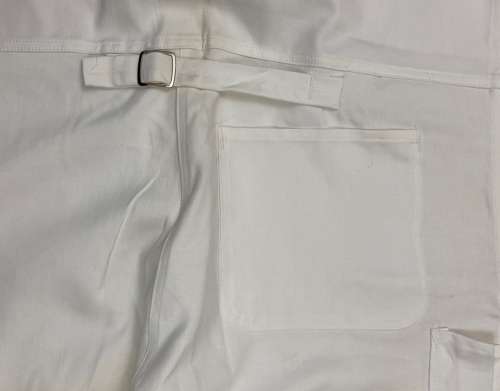 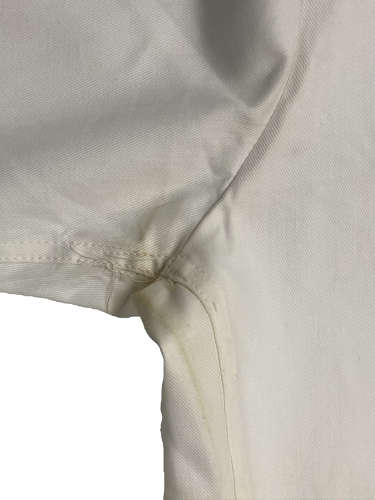 An original pair of men's white cotton drill overalls made by 'Faithful' in the early 1980s.

These overalls are made in a traditional way meaning they could potentially pass as being from an earlier period. In keeping with earlier made coveralls the suit is made from a cotton drill material as was popular throughout the large part of the 20th century for workwear in the UK. They feature white coloured rubber buttons which are again typical of those used from the 1940s onwards, employed in place of metal as a safety measure. Patch pockets are fitted to the chest and seat and a spanner pocket is located to the right leg. The chest pocket features a red shell which is the logo of the Shell Oil company. A cinch back belt and buckle is fitted to the rear of the waist which is again another feature typically found on earlier overalls.

Inside the overalls the original label is still present to the neck and bears the manufacturer's name of 'Faithful' and the size of 124R (49"). Washing instructions are present as are the words 'Made in Great Britain'. A second cardboard label is fitted to the bottom of the left leg and features period graphics depicting people at work as well as the model style of 'Shell Tanker'. The fact that this label is still present would suggest that the overalls have never been worn.

The size is stated on the label as 49". They are certainly a very large set of overalls and when laid flat they measure -

The overalls are in good condition and don't appear to have ever been worn. There is some staining from storage as shown in the pictures. Overall they display well but please bear in mind that they are a vintage item which may have other small issues commensurate with age.

A nice original pair of overalls with lots of period features.