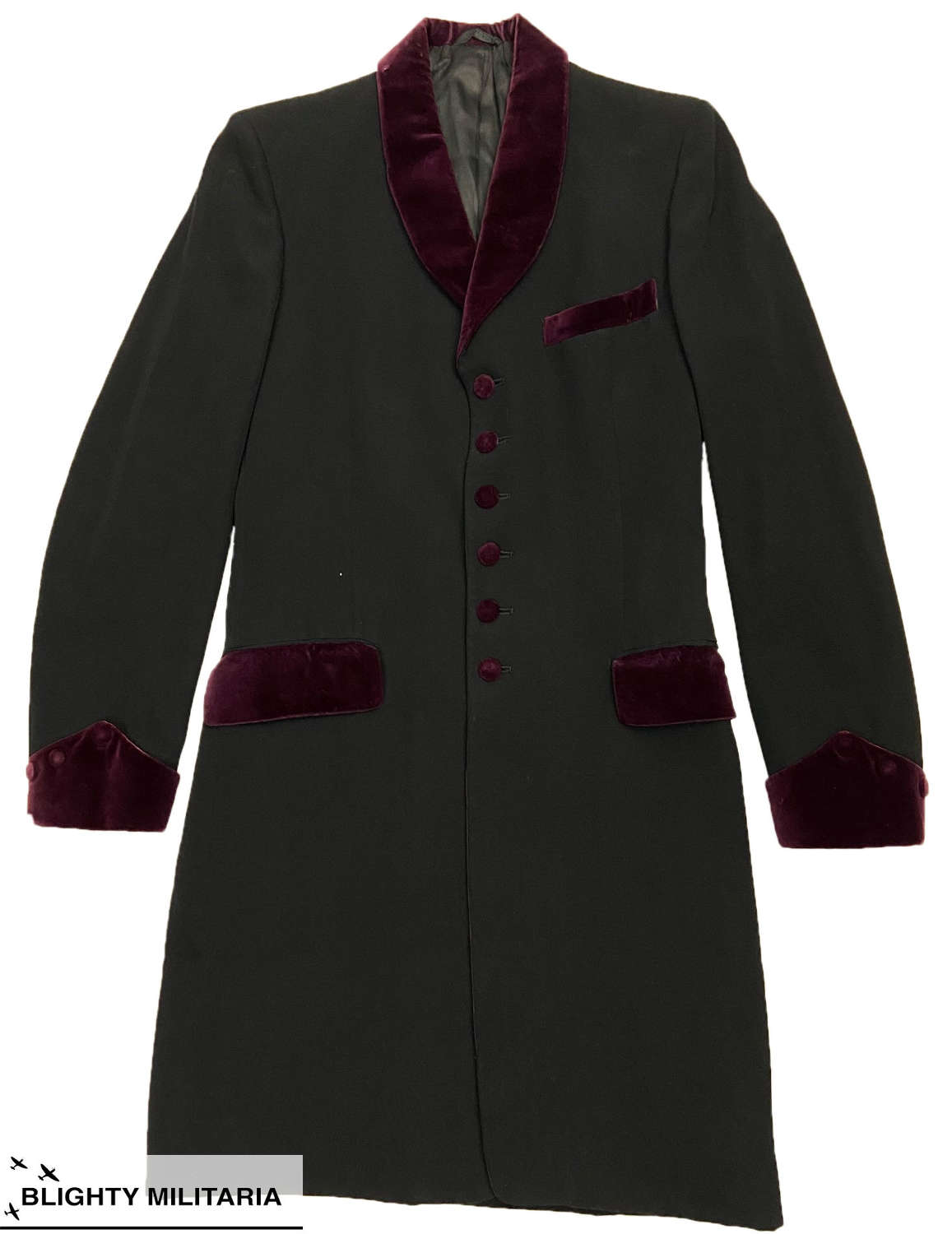 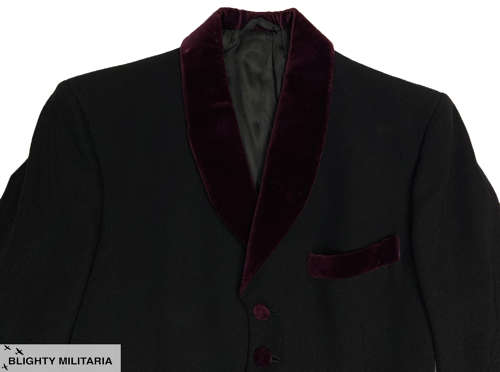 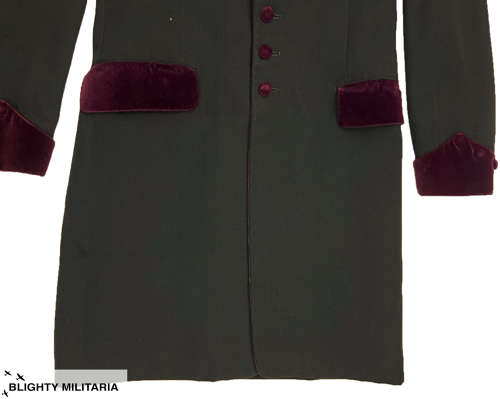 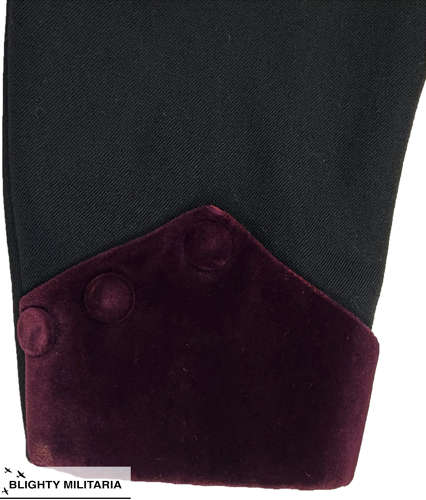 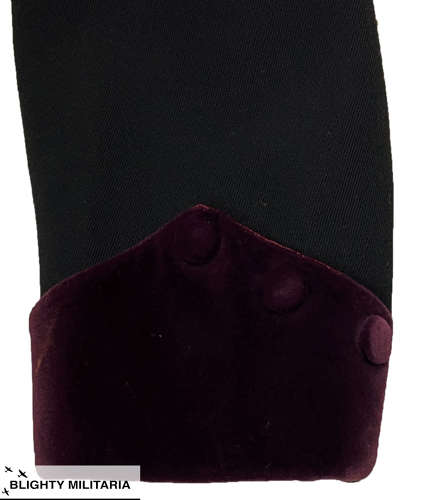 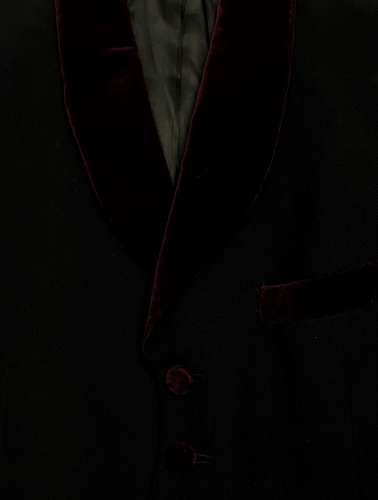 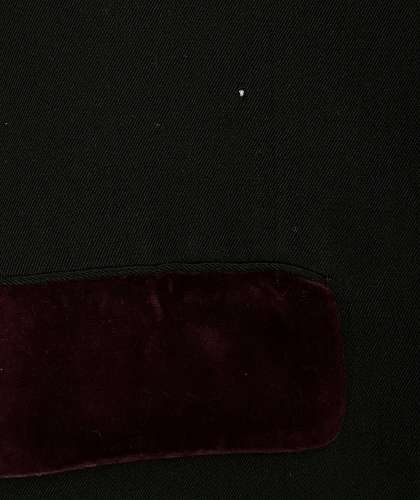 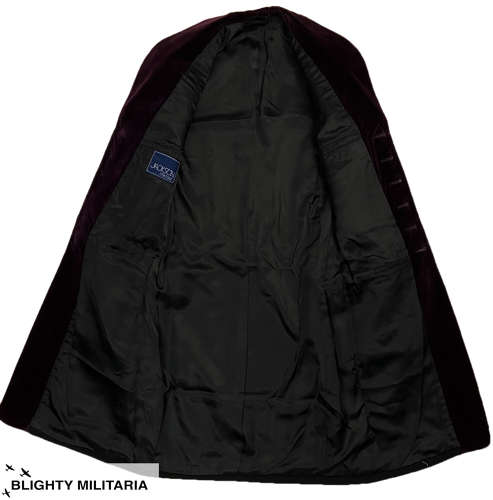 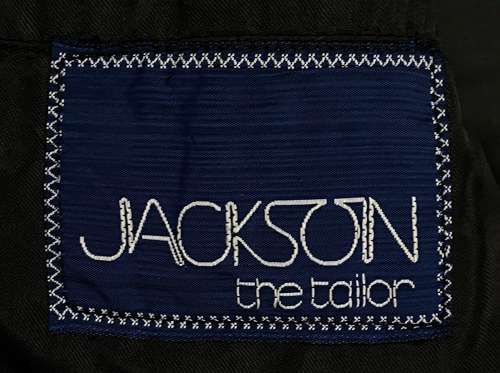 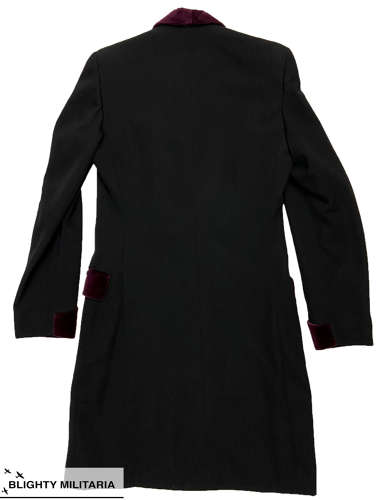 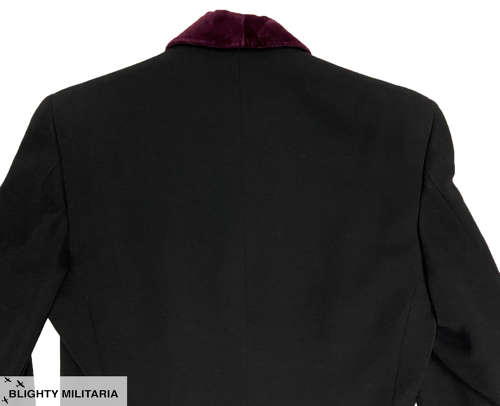 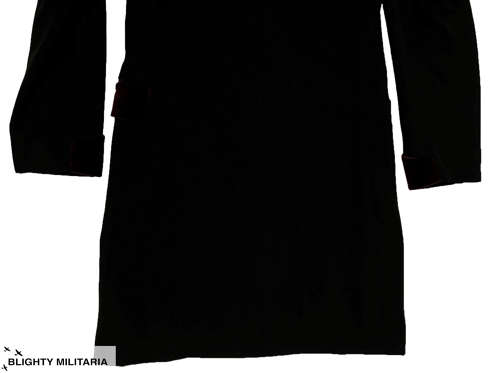 A rare original Teddy Boy Drape Jacket made by 'Jackson the Tailor' in the 1970s.

Jackson the Tailor was founded in Newcastle in the early part of the 20th Century by Moses Jacobson. His son Lionel took over the company in the post-war years and they merged with Montague Burton in 1953. Jackson the Tailor was a large tailoring business which had over 70 stores and factories at its height.

This jacket is typical of an early 1970s drape jacket which was a crucial part of the Teddy Boy outfit. The cut of the jacket takes its influence from Edwardian frock coats, zoot suits of the 1940s and the neo-Edwardian tailoring which became popular with ex-guards officers in the immediate post-war years. This neo-Edwardian style which was intended to reinstate pre-war values of class was soon appropriated by working class teenagers, initially dubbed 'Edwardian Teddy Boys'. The style evolved during the 1950s with the drape jacket becoming more uniform.

The jacket is made from a dark bottle green coloured barathea wool and features a single breasted front. The shawl collar features a deep red velvet trim and the same can be found for the pockets and the cuffs. Three cover buttons are located to each cuff and more of the same style are used to fasten the front of the coat. The interior of the coat is fully lined and features the maker's label below the inside pocket opening. It bears the Jackson label used in the early 1970s.

The jacket is a small size which will suit around a 34" chest depending on desired fit. When laid flat it measures -

The overall condition of the jacket is very good and it displays well. There are limited signs of wear and use as well as a small hole to the front (picture 7) and a burn to the cuff on the right sleeve (picture 4). Aside from these flaws the jacket is in good condition.

An original example with some great details. A true piece of British subculture history!