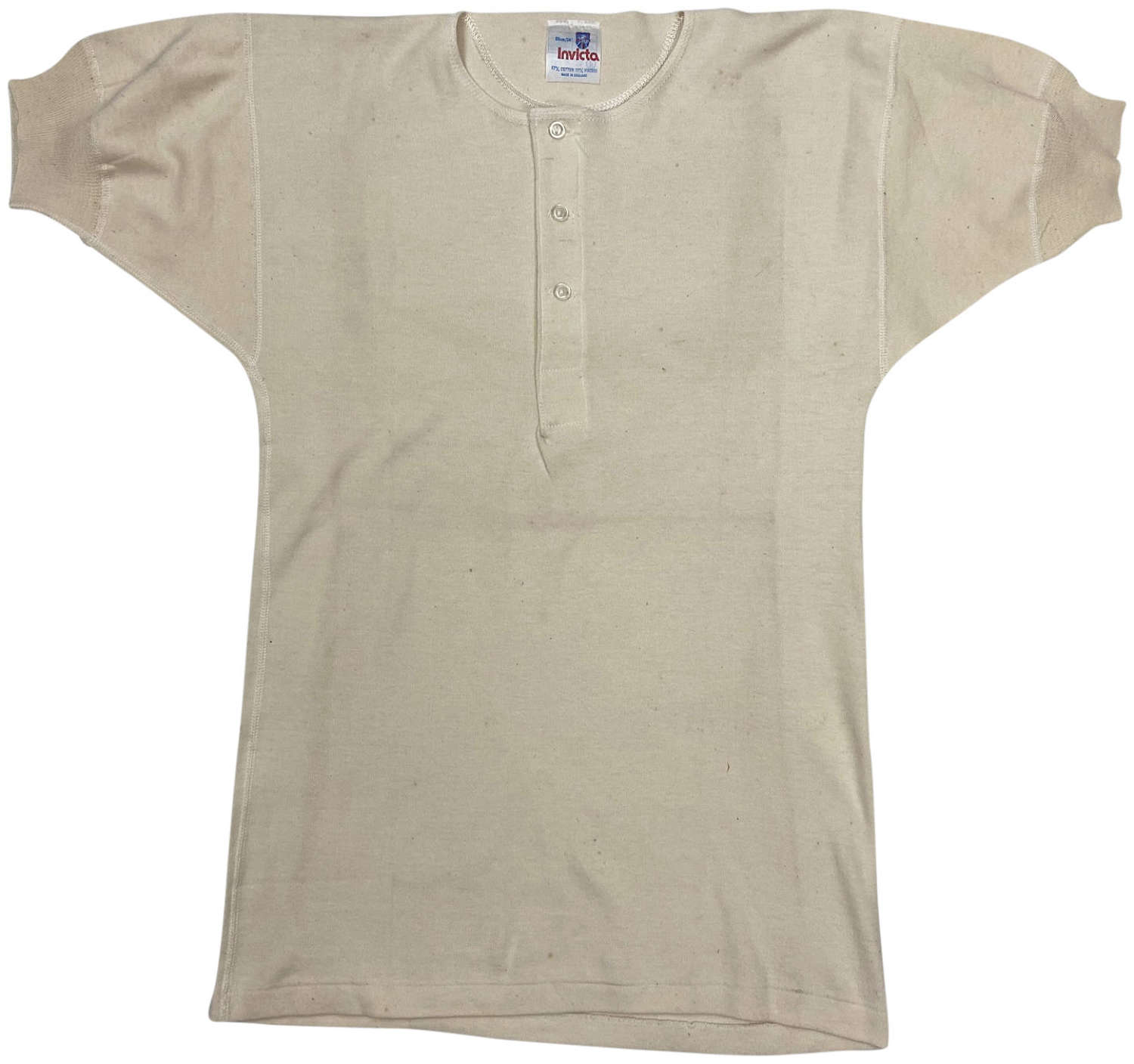 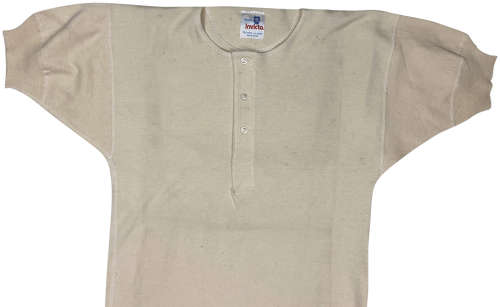 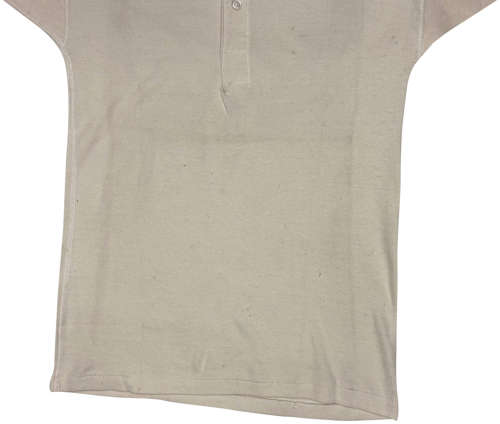 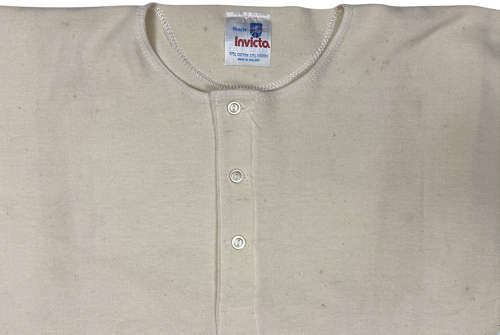 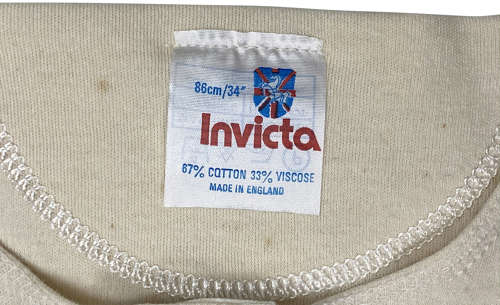 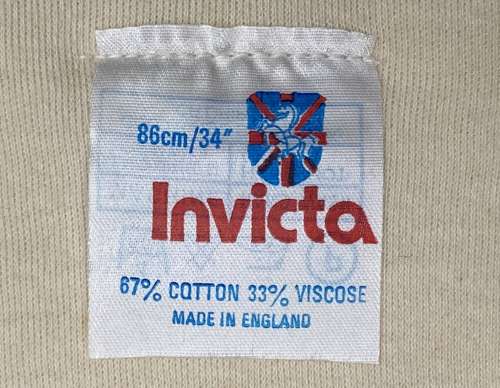 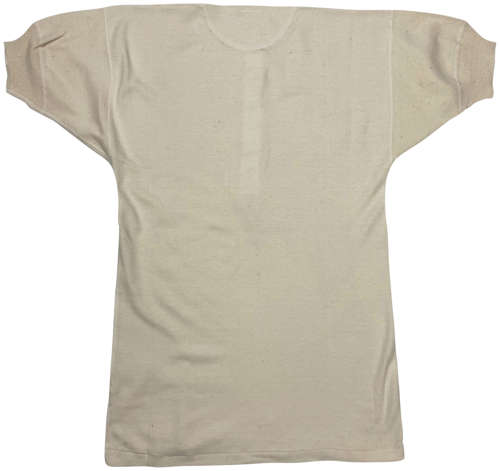 An original British made three button undershirt made by 'Invicta' in the 1960s.

This style of shirt was very popular with men throughout the whole first half of the 20th century and formed a key part of many wardrobes. This example is a cotton viscose blend which replaced the early all wool style although the design is the same as was used for many years. Three buttons fasten the front finishing at the wide, reasonable low neckline. The sleeves feature knitted cuffs designed to hug the wearer whilst allowing for movement.

The original label is still present inside the shirt and states the maker's name as 'Invicta'. A graphic depicting a rampant horse against a shield featuring the colours of the Union Jack is present as are the words 'Made in England' and the size - 34".

This example is in new old stock condition and has never been worn. It is still a vintage item so may have small issues consummate with age.