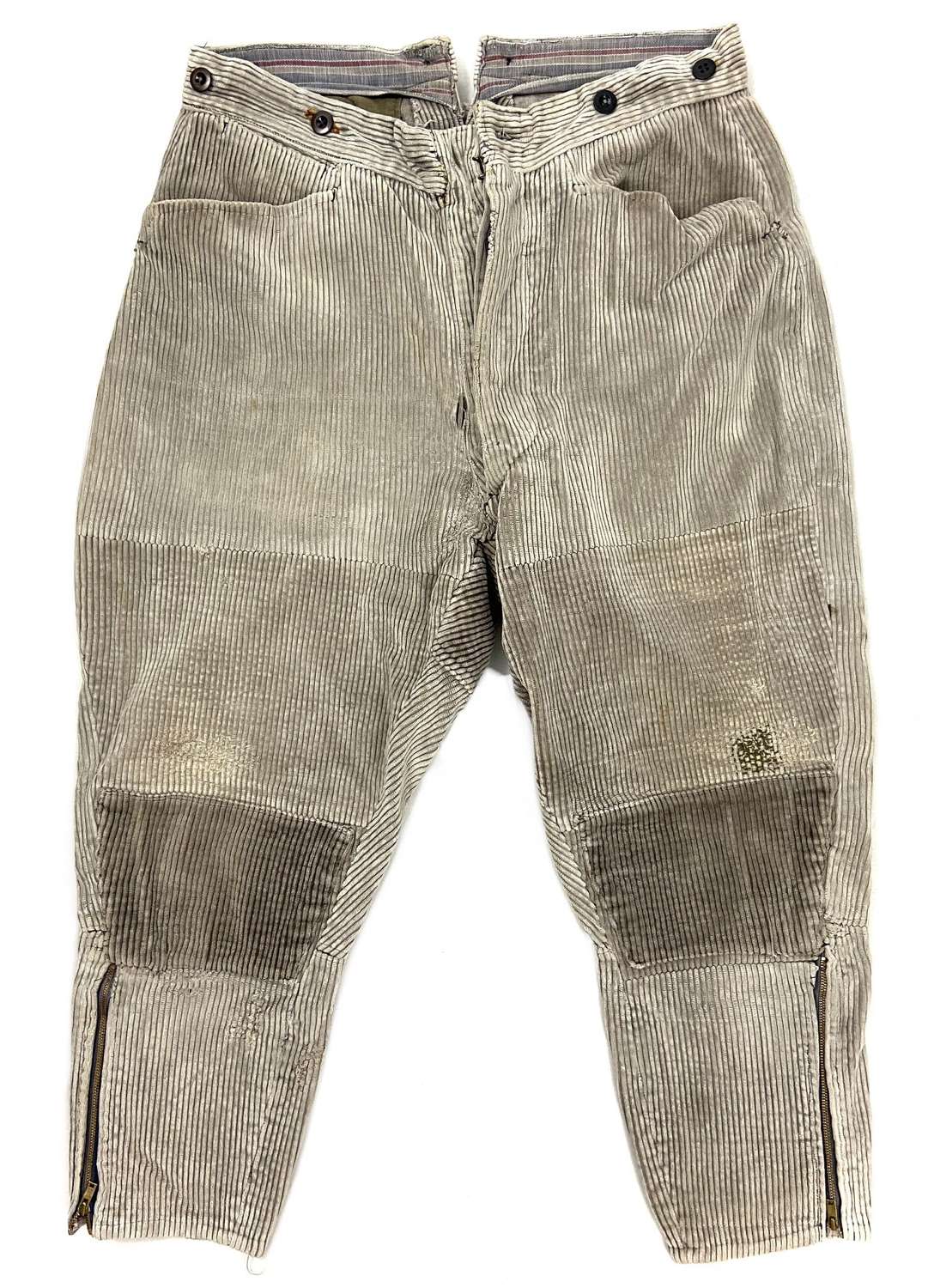 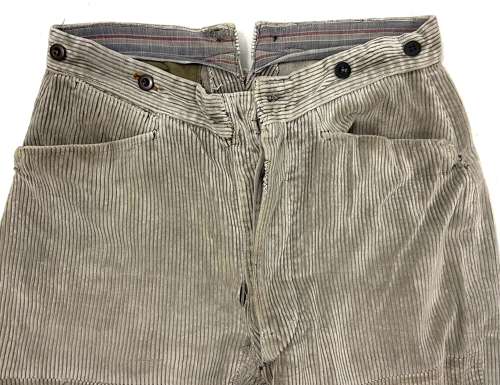 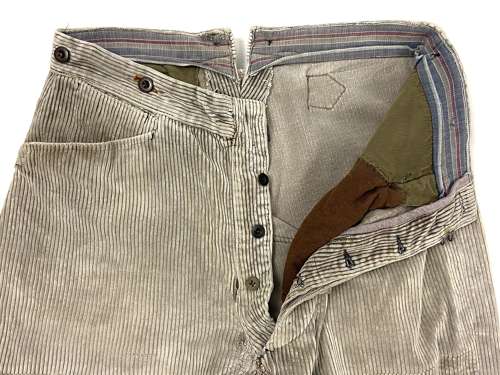 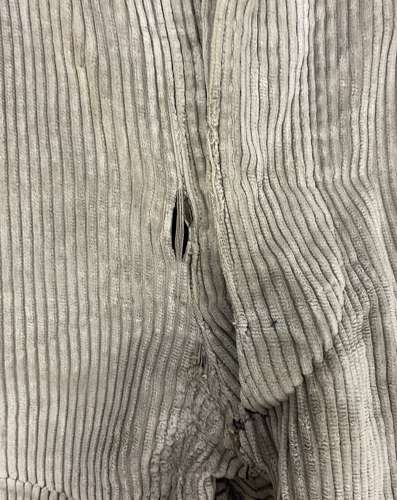 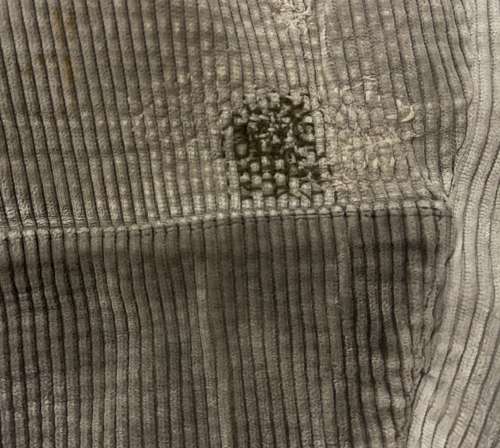 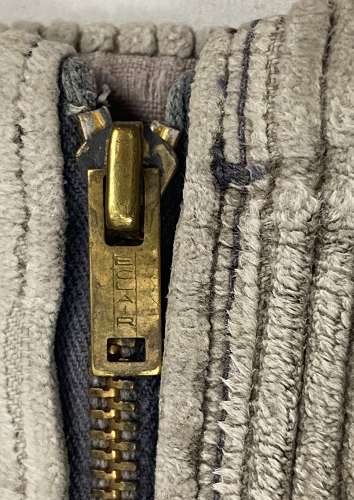 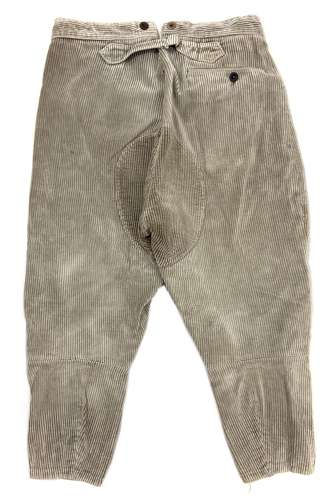 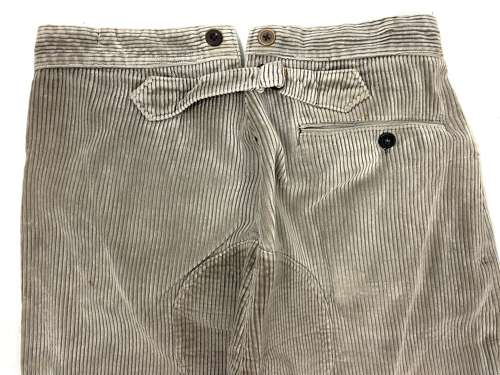 An original pair of grey corduroy breeches made in France and dating from the 1960s.

This style of breeches was popular in France for a large part of the 20th Century for hunting, working and a variety of other pursuits and trades. Aside from the addition of zips rather than buttons to the calfs, the style of this particular pair is virtually unchanged from the pre-war period. It is quite possible that these breeches date from an earlier decade and have had zips put in later.

The breeches are made from a thick, grey coloured corduroy which is very hard wearing. They fasten with buttons and have extra buttons around the waist which braces can be attached to. There is also a metal hook and eye to help fasten the fly which is typical of French made items. This appears to have been moved from its original position to make the waist larger. As well as this there is a small ticket pocket to the waistband, belt loops and angled slash pockets. The rear features a single back pocket which fastens with a button.

The seat has a double layer to reinforce it and the rear features a cinch-back belt and buckle.

The bottom of each leg closes with a brass 'Eclair' brand zip. This brand and style of zip is regularly found on French made items of this period and both appear to work well.

The breeches are a good size and when lad flat measure -

The breeches are in nice condition with some signs of wear or use. They are very wearable and display well but have some period repairs and some holes around the fly as detailed in the pictures. Please bear in mind that these are pre-owned vintage breeches which may have other small issues consummate with age.

A nice pair of vintage French breeches with some great period details.