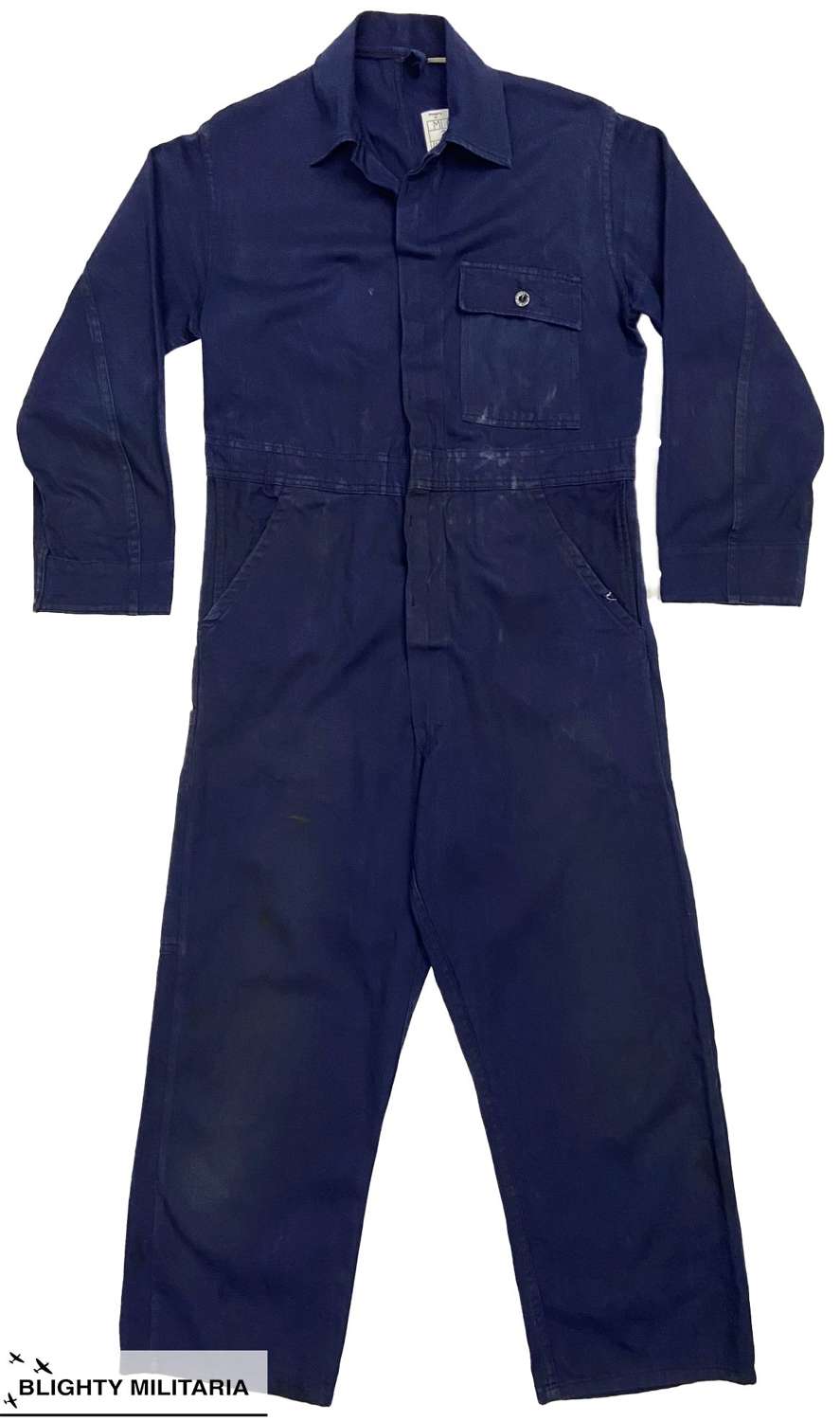 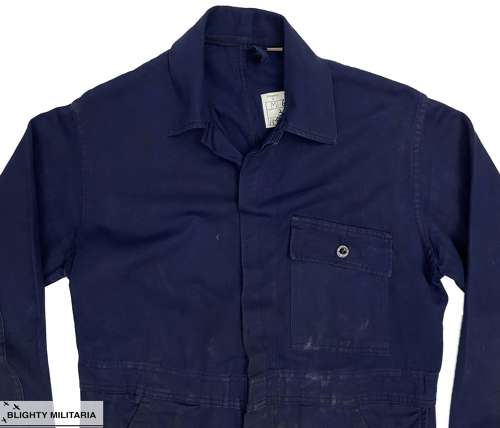 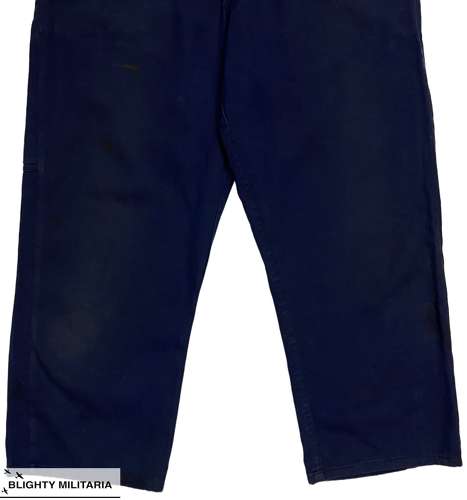 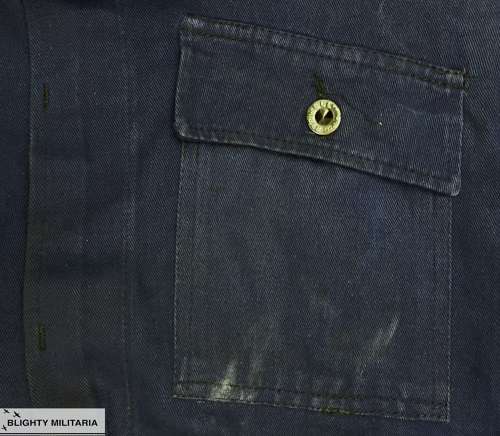 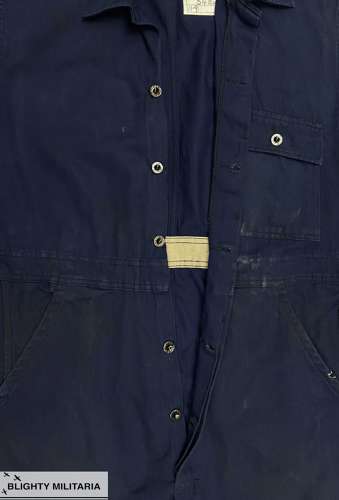 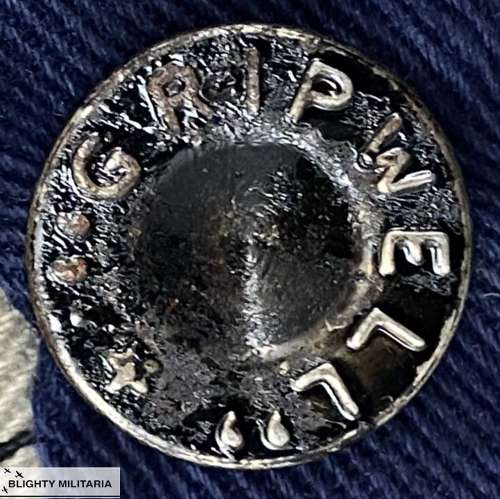 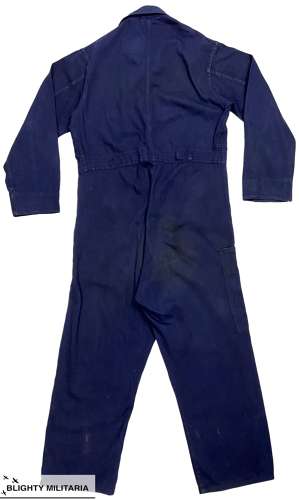 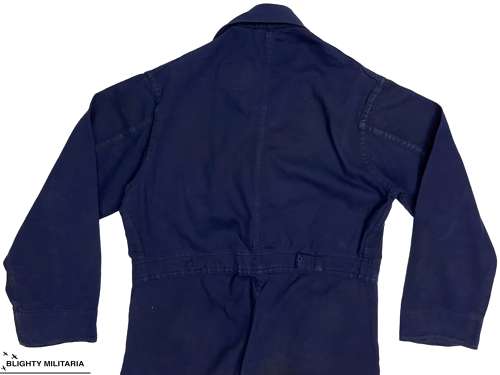 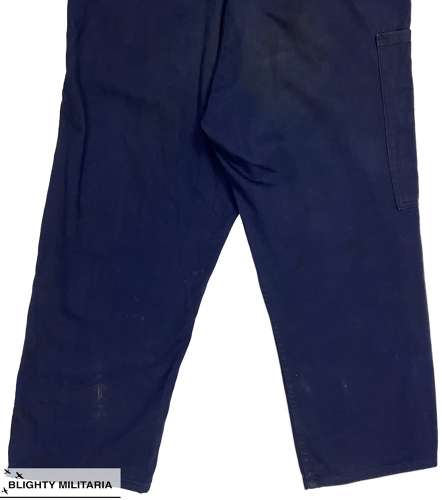 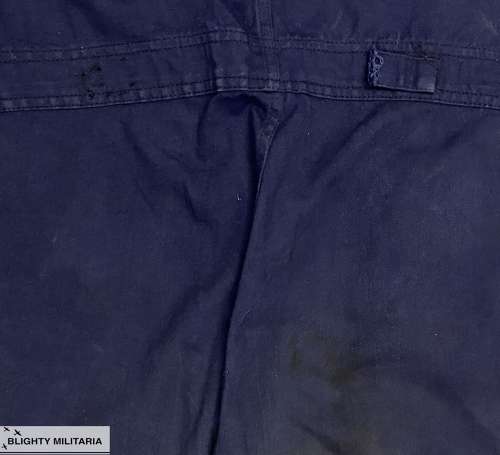 An original set of overalls made in Great Britain during the 1960s.

These overalls are typical of those made and sold in Great Britain in the 1960s. Made from a dark indigo blue coloured cotton drill they feature slash pockets to the hips, a patch pocket to the chest and a spanner pocket to the right leg. The front of the overalls along with the breast pocket fasten with metal buttons, all of which are marked 'Gripwell' and typical of those found on mid-Century British workwear. Originally there was a cinch back to the rear of the overalls which is again an early feature. It was clearly removed by the original owner which is not uncommon.

Inside the overall there is a size label at the neck which features both the British size as well as a European size which suggests they were intended to be sold in Europe as well as on the home market. The size is stated as 38 and when laid flat measure -

The overalls are in good condition considering they are a vintage work piece. There are various signs of wear and use along with some staining which is to be expected of such an item. Please study the pictures provided for a clear idea of the condition.

Altogether a nice original set of post-war overalls with some classic period details.