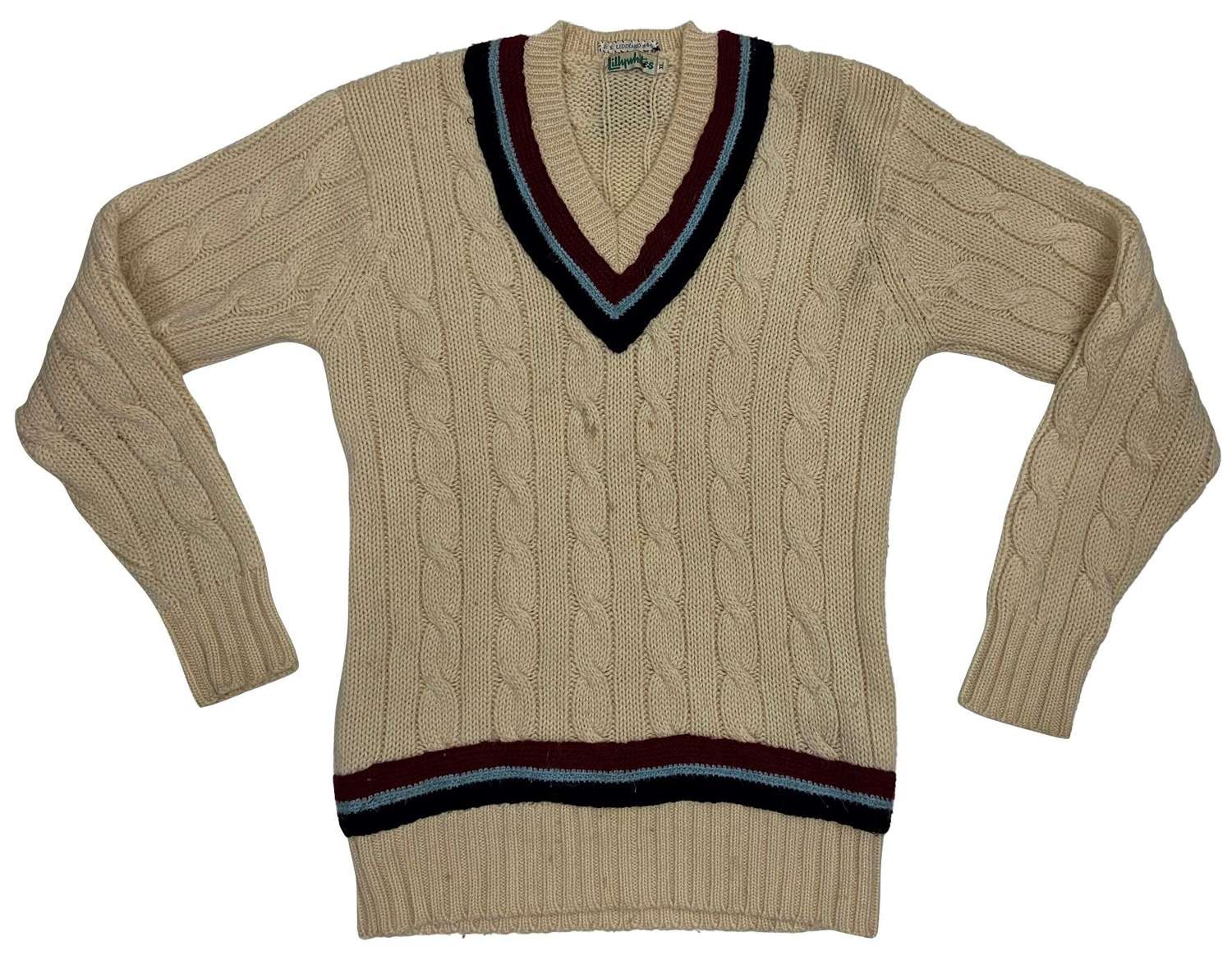 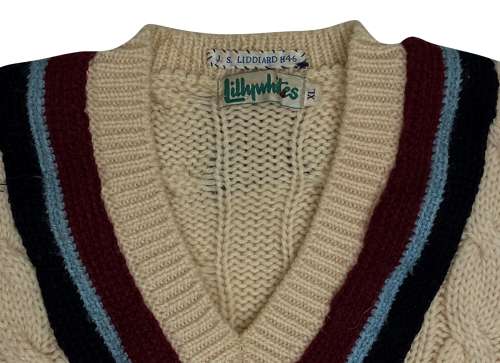 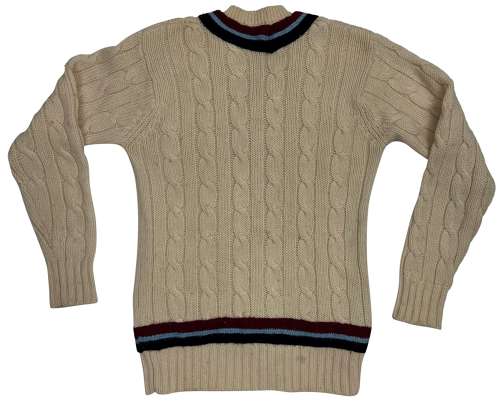 An original British cricket jumper made by 'Lillywhites' in the 1960s.

This style of jumper became popular during the inter-war period and is now a classic and iconic piece of British clothing. This example dates from the 1960s and was made by the popular brand 'Lillywhites'. The jumper is made from a cream coloured wool in a cable knit pattern and features Burgundy, sky blue and navy blue stripes to the neck - the colours of the Royal Air Force. These colours would suggest that the original owner was a member of the RAF and possibly a member of an RAF sports team.

When laid flat the jumper measures -

The jumper is in good condition for its age with some signs of wear and use and some minor staining as can be seen in the pictures. Please take time to study the pictures and bear in mind that this is a vintage, pre-worn item which may have small issues commensurate with age.

A classic piece of British clothing with RAF links!