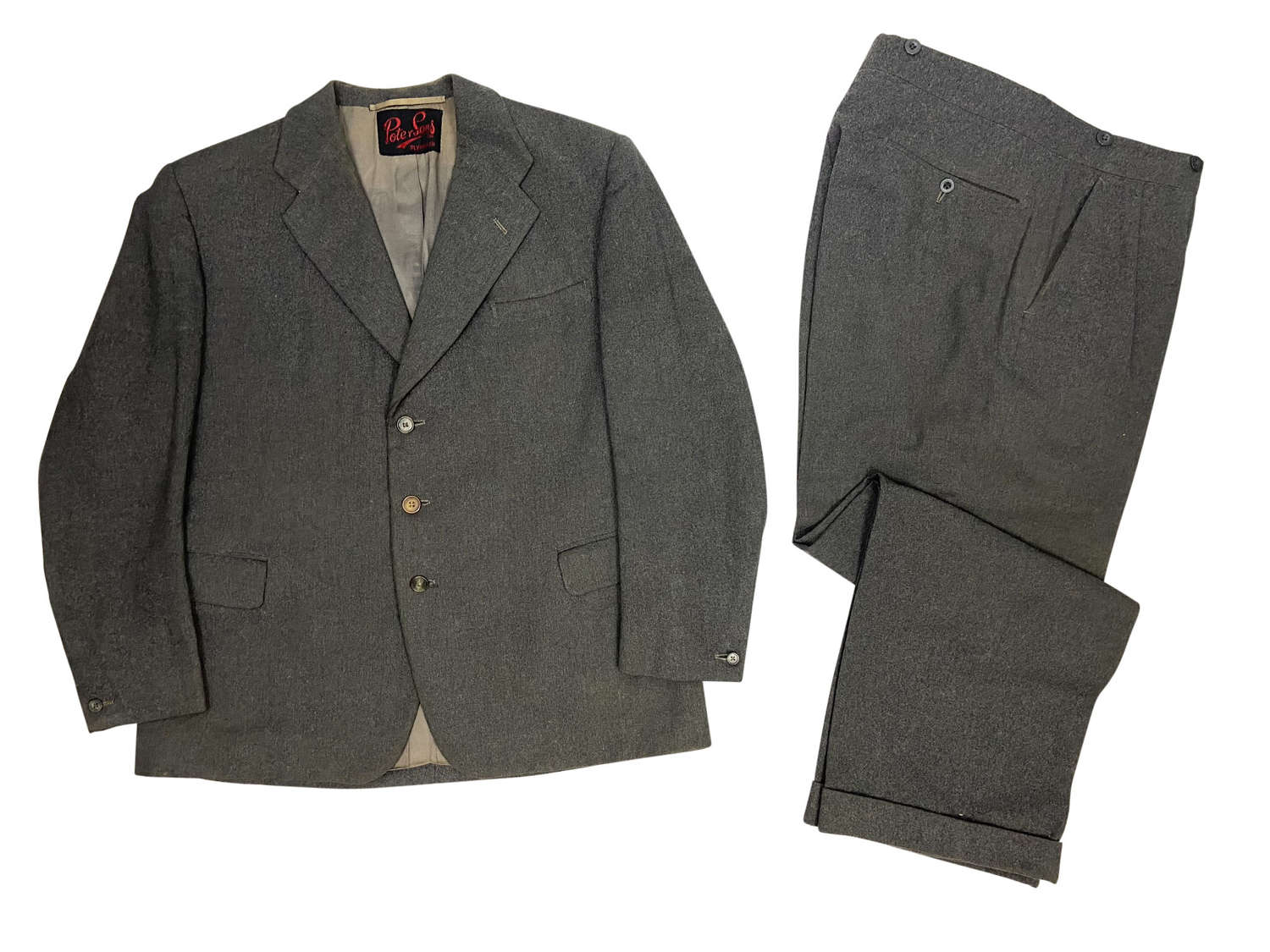 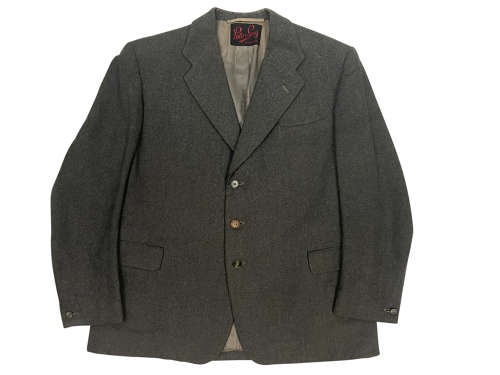 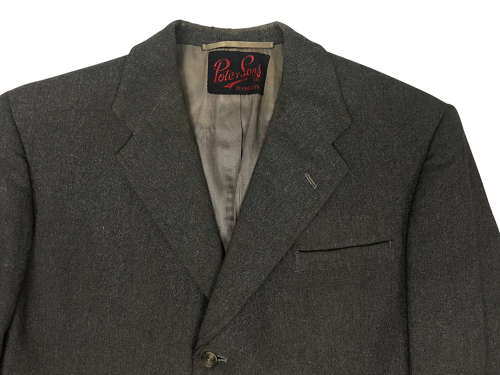 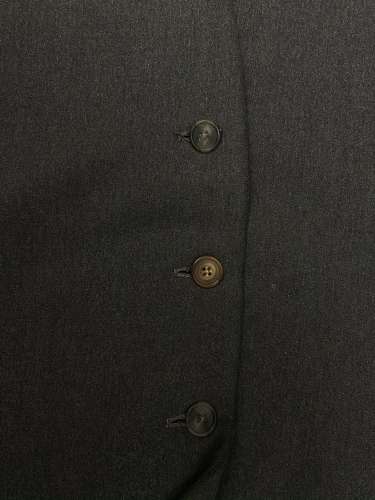 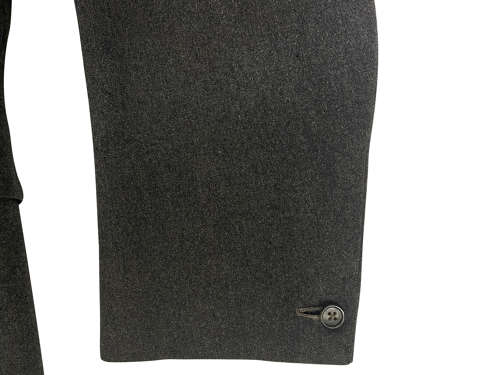 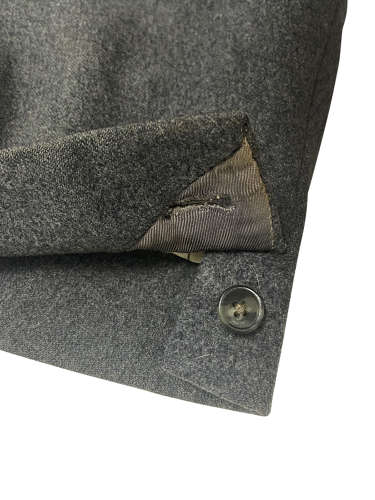 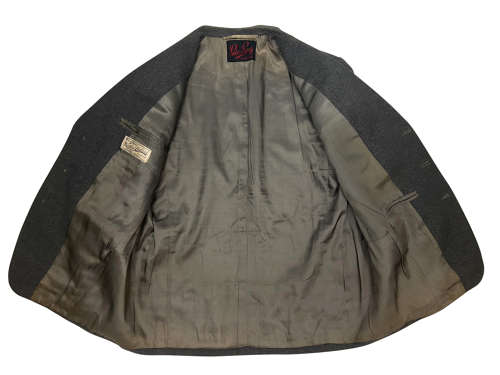 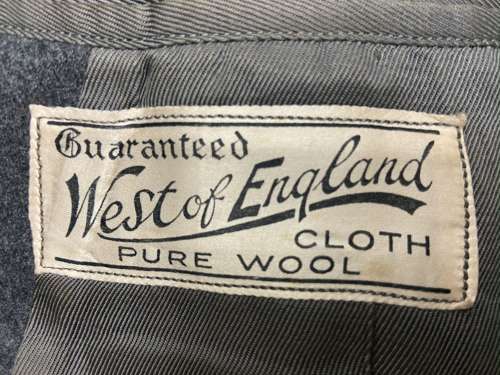 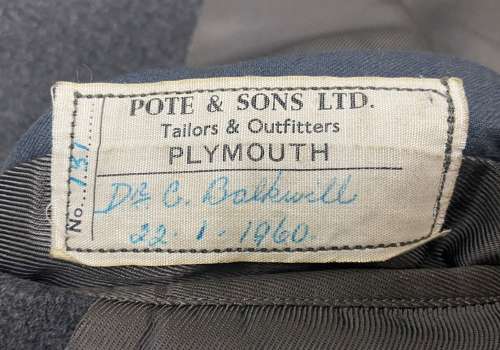 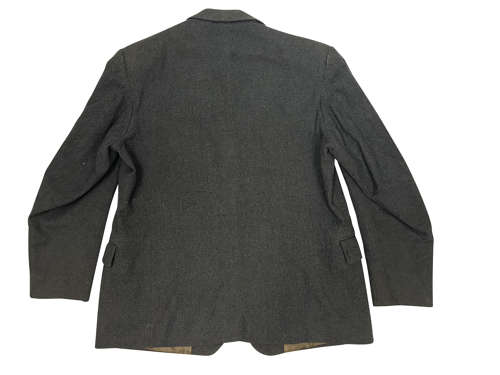 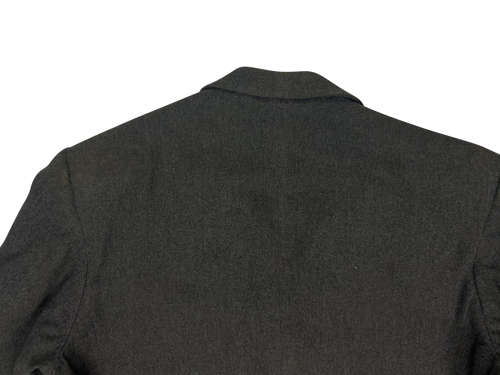 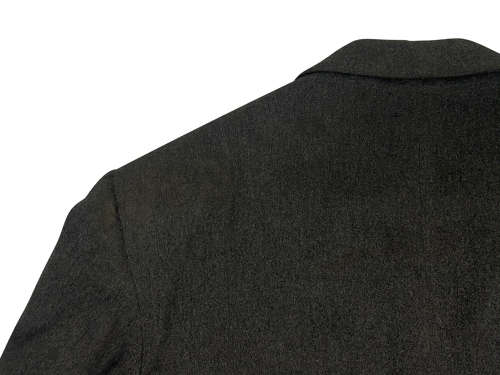 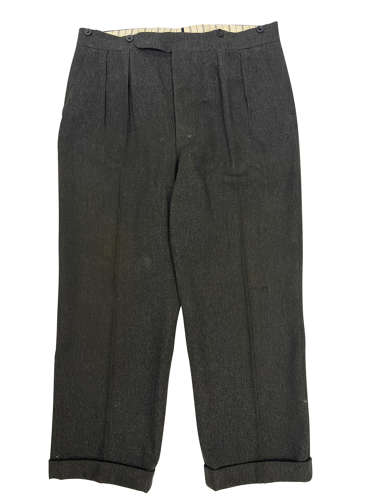 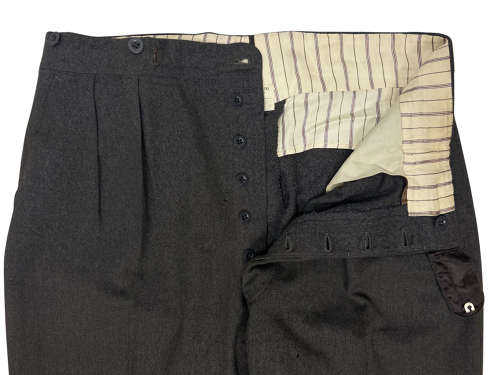 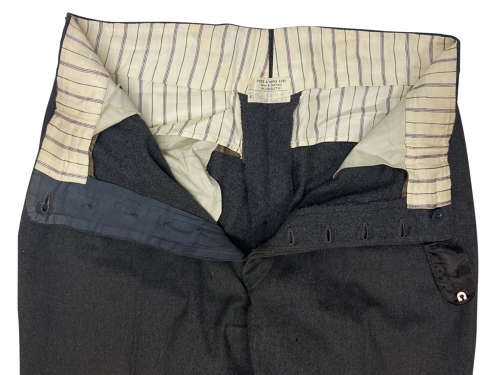 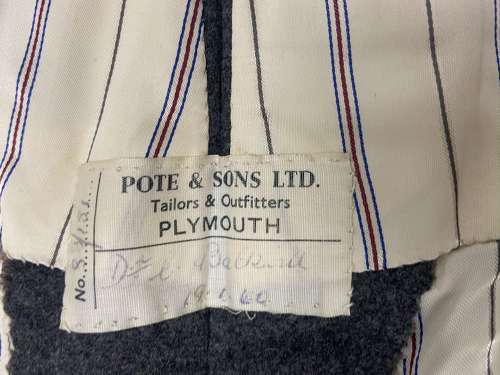 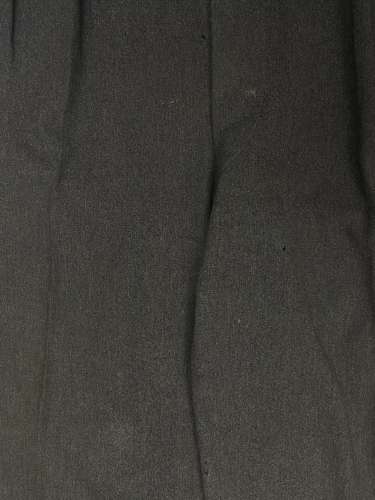 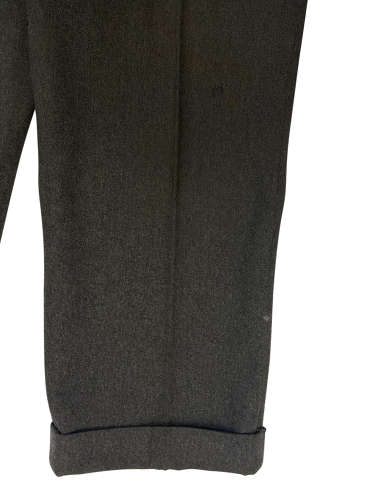 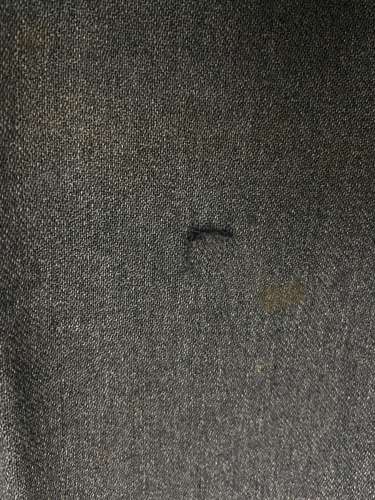 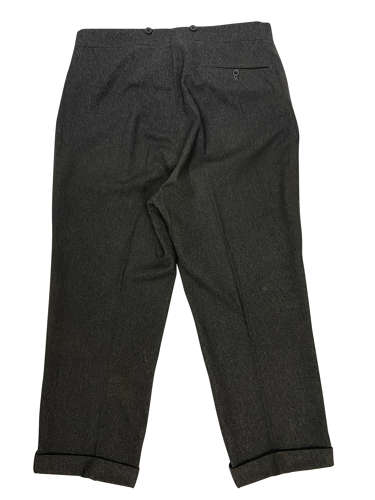 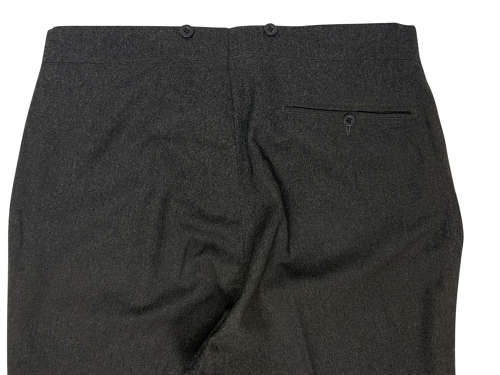 At first sight this suit looks like a typical 1940s example with its three button jacket, pronounced lapel and straight flapped lower pockets. The jacket is a short 'bum freezer' cut which features no rear vent - again features indicative or the 1930s and 1940s. The trousers again look to hail from the same period with a wide leg, turn up to the cuff and button fly. It was made however in 1960 and is testament to conservative British tailoring of the period which could, aside from a few minor details, pass as a suit made 20 years before.

It was not uncommon for older men to carry on having their clothes made and cut in the same fashion they had worn for many years. The original owner of this suit was a Doctor C. Balkwill who assumedly lived and worked in the Plymouth area. He clearly wore this suit regularly judging by the condition!

The jacket is fully lined and bears a colourful maker's label to the neck and a second label which reads 'Guaranteed West of England Cloth Pure Wool' to the exterior of the inner pocket. The pure wool addition is typical of British clothing from the immediate post-war period and pre-dates 'Pure New Wool' which was introduced in the early 1960s. The interior pocket retains its original label with the owners name and the date of 22/1/1960. The trousers also feature a matching label.

A nice detail is the functioning cuff which is shown in the pictures. This is always the hallmark of a properly tailored suit, the single button cuff indicating as a less formal, more casual day suit.

The suit is in well worn condition as can be seen in the pictures. It has various stains and a few holes, all of which I have attempted to show in the pictures and have been reflected in the price. The jacket has some staining, particularly to the shoulders and has a small moth nip to the rear and sleeve. The trousers have a few small holes around the crotch, an L-shaped tear to the knee and some staining. Please study the pictures to ascertain a clearer idea of the condition and remember that this is a pre-worn vintage item.

A nice original suit which could easily pass as earlier than 1960. Whilst not in the best condition it has some nice details and would have been a reasonably expensive suit in its day.