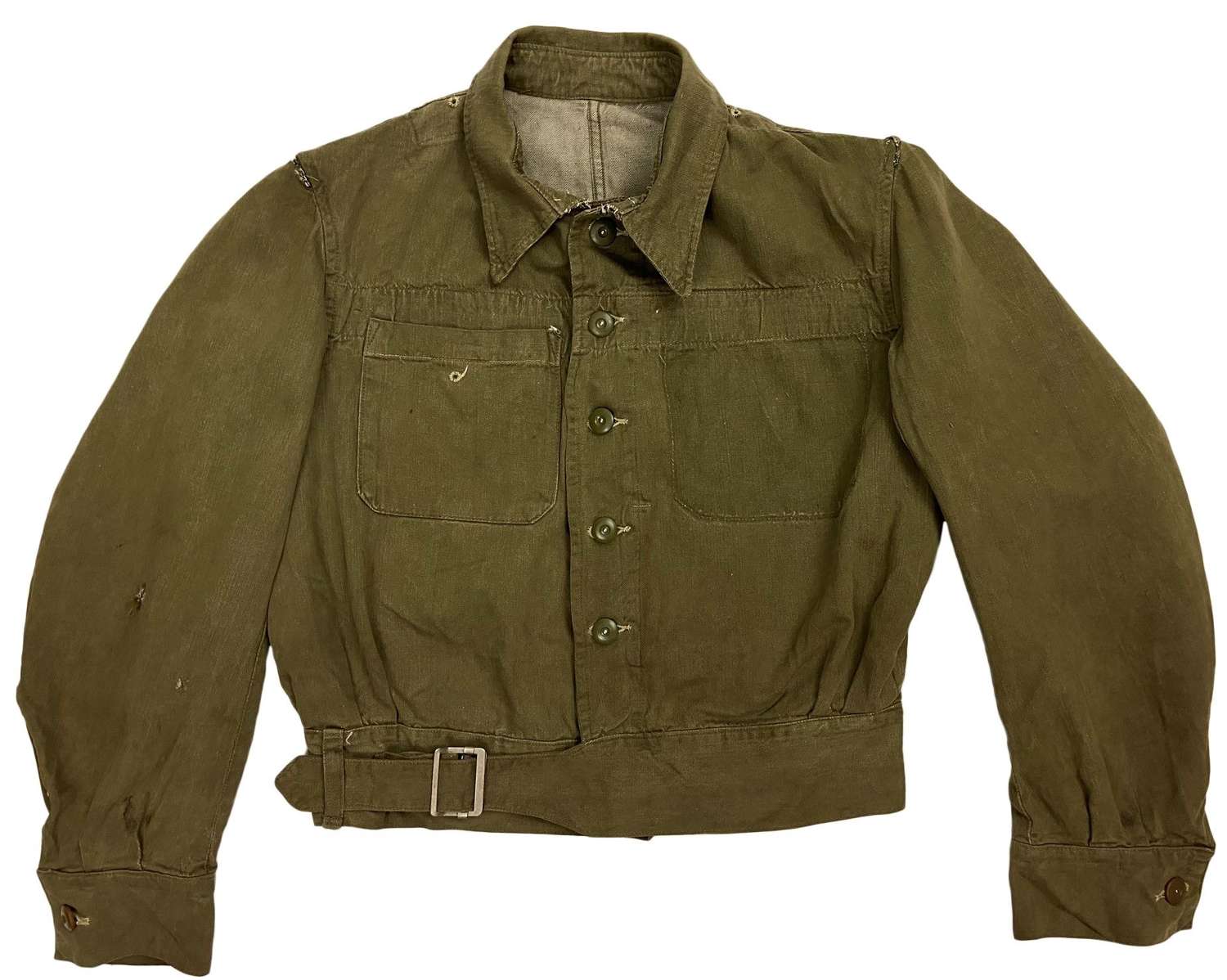 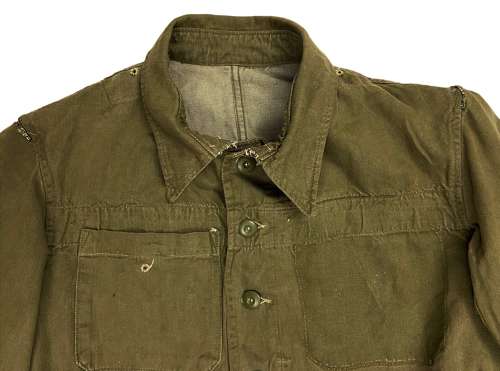 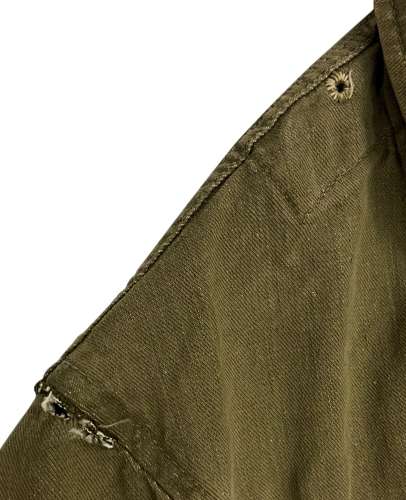 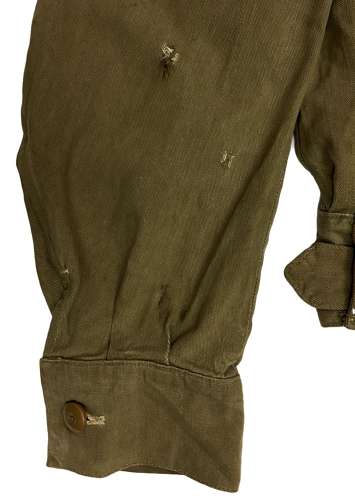 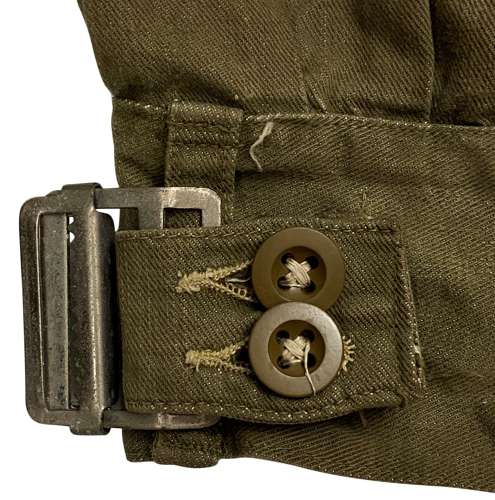 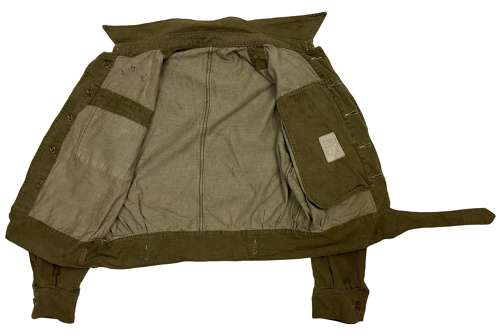 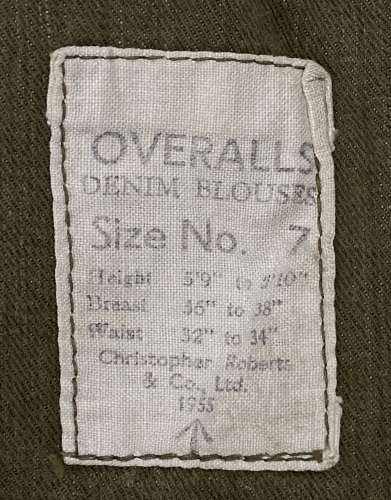 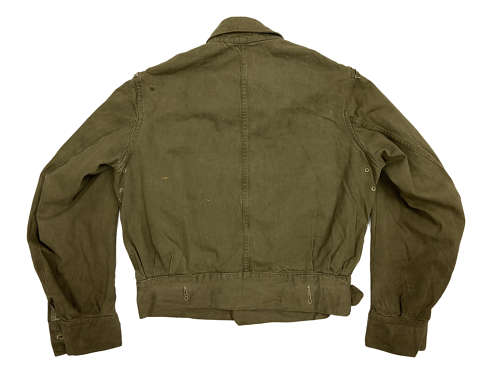 An original 1955 dated British Army Denim Battledress Blouse which has been converted for civilian use.

The jacket is made from the standard denim material and features pockets to the chest. It features green coloured revolving shank buttons which are held on with period split rings to the reverse whilst the waist fastens with a metal buckle. Epaulettes have been removed from the shoulders as has one of the breast pockets. The other pocket has had the flap removed making it easier to access.

Inside the jacket the original label is srill present and states the size as No. 7. The 1955 date is present as it the War Department broad arrow marking and the makers name 'Christopher Robers & Co, Ltd'.

The jacket is in well used condition as can be seen in the pictures. There is a hole where the right hand epaulette has been removed and another to the right sleeve. The condition has been reflected in the price but please study the pictures before purchasing.