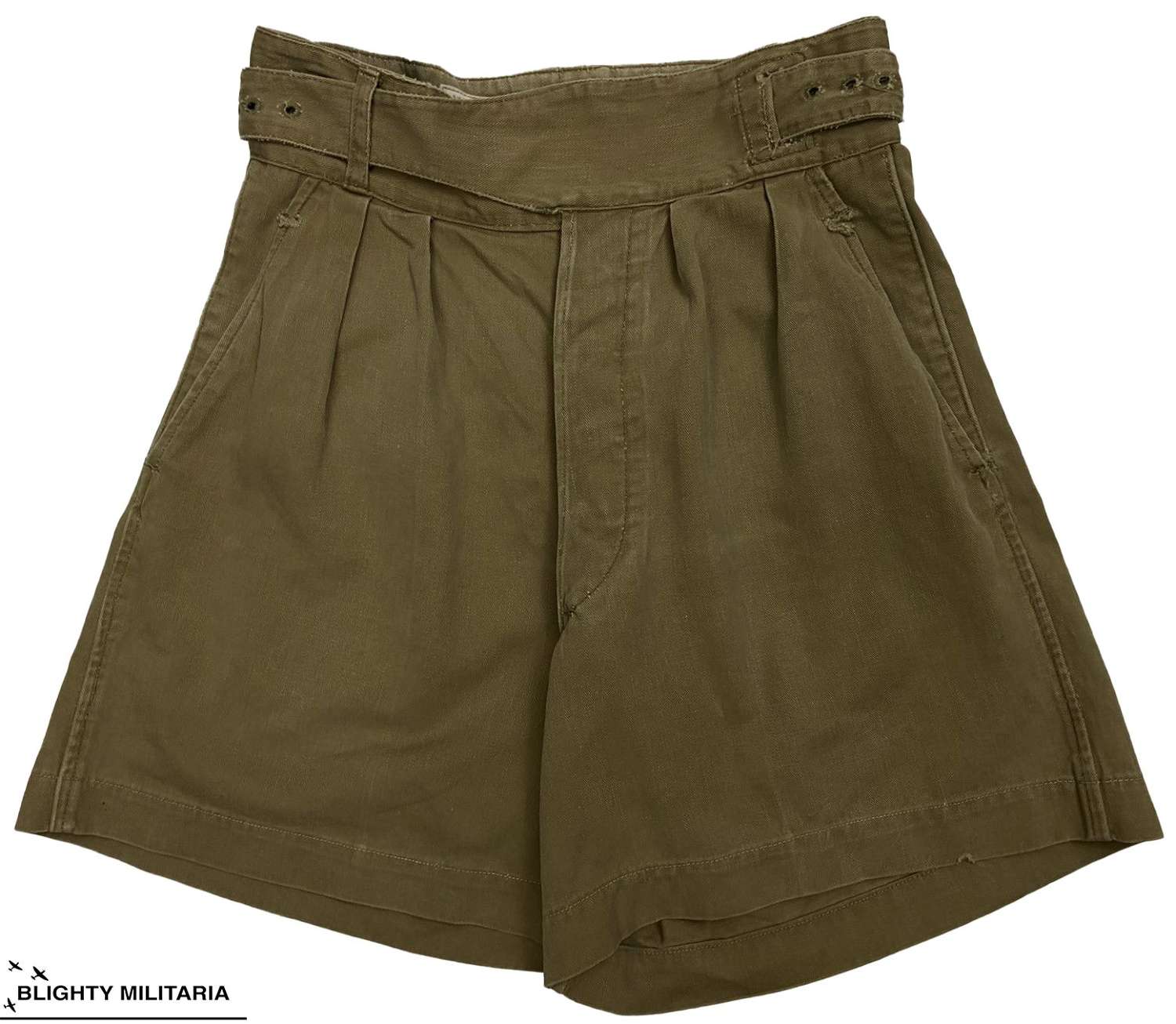 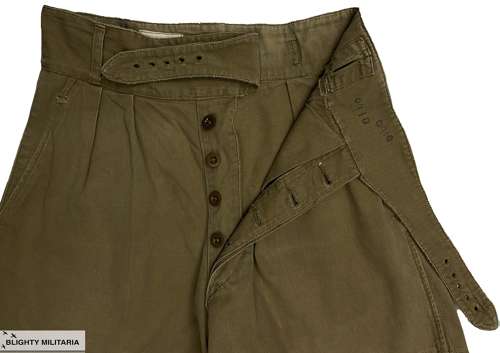 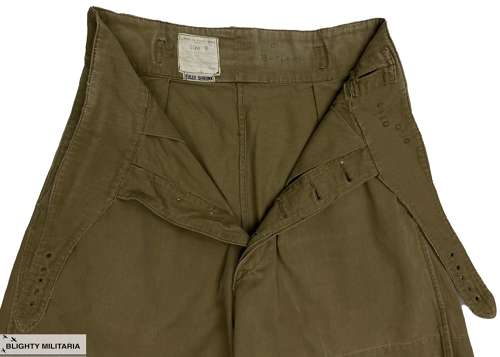 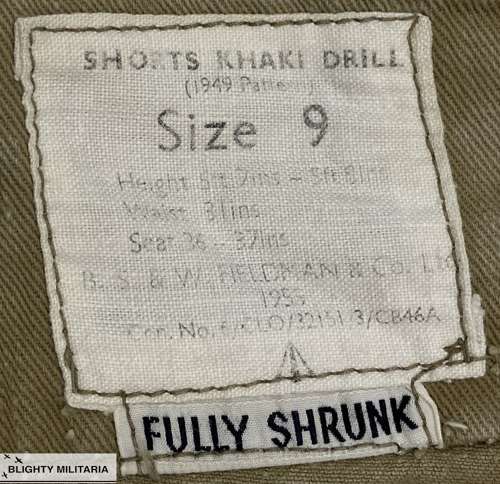 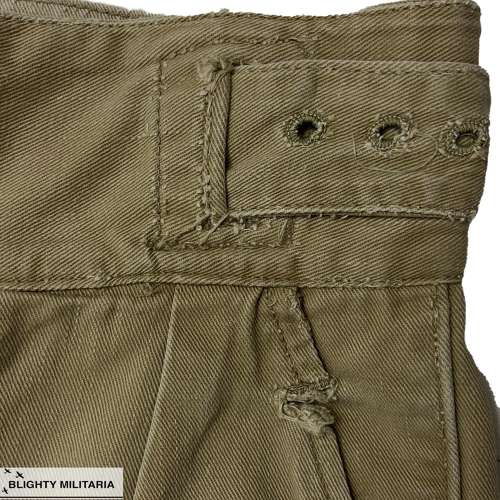 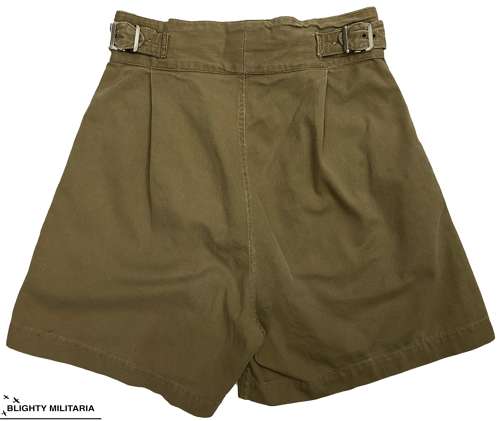 An original pair of British Military 1949 Pattern Khaki Drill shorts in good condition and dating from 1955.

This pattern of shorts came into issue with the Royal Air Force at the end of the Second World War but the official pattern came into issue a couple of years later. They saw service for a number of years with the British Army and RAF. This style with the cross belt fastening is now often referred to as 'Gurkha Shorts'.

The shorts feature the cross belt closure and fasten with chrome plate buckles which are removable for washing purposes. Unlike the 1950 pattern shorts, the 1949 pattern does not feature rear pockets.

Inside the shorts retain their original maker's label which is still legible. The size which is marked as No.9. The War Department broad arrow marking is also present as is the maker's name of 'B. S. & W. Fieldman & Co Ltd' and the 1953 date.

The shorts are in good condition as can be seen in the pictures. They have clearly been washed and laundered but don't show any real signs of undue wear. There is some minor staining etc and there is a small amount of damage to the top of each pocket as illustrated in picture 5. Please study the pictures as they form part of the description.