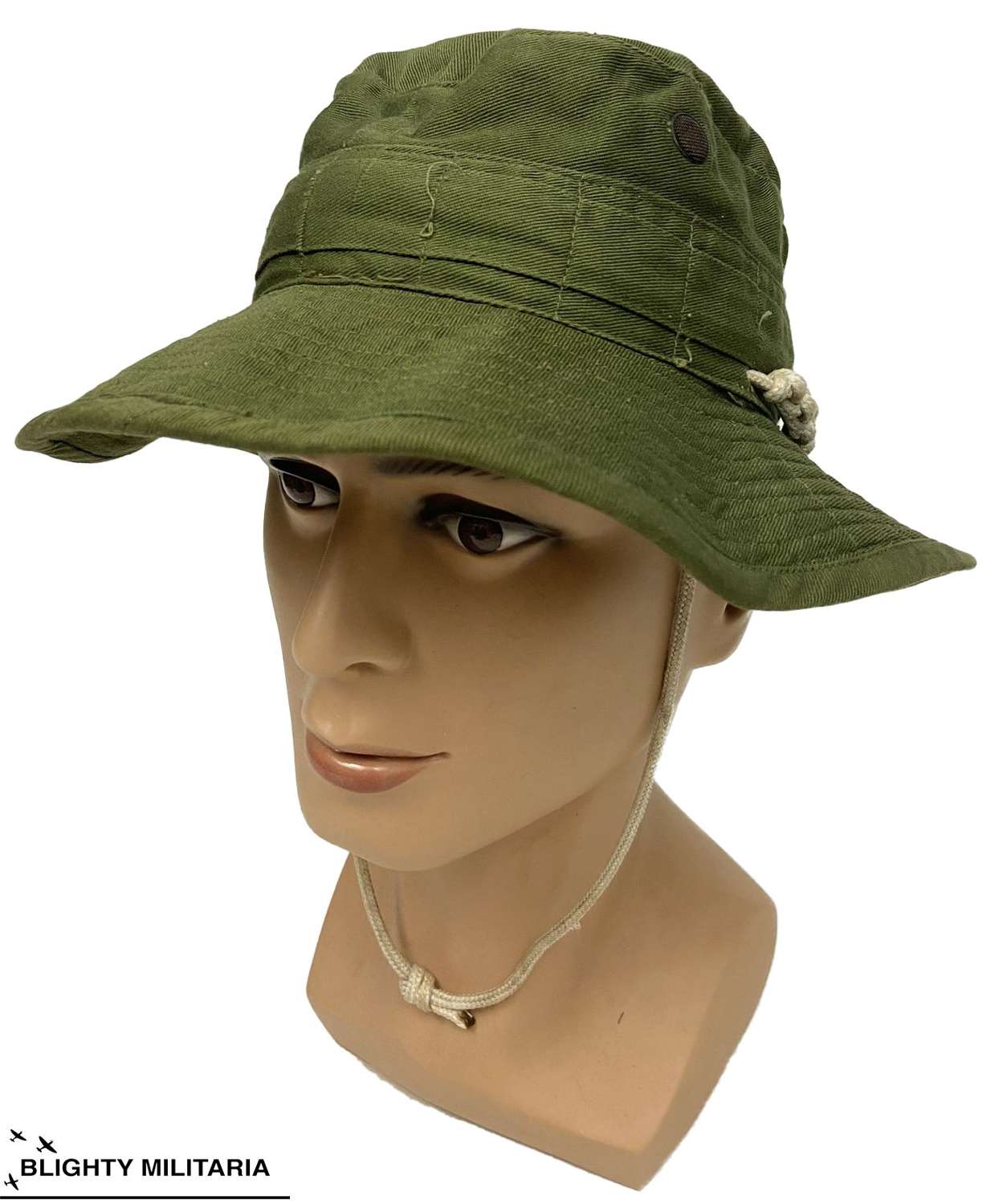 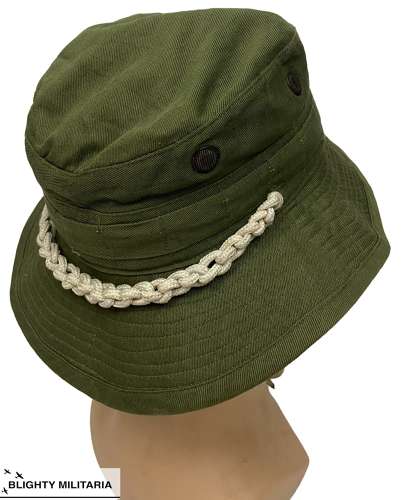 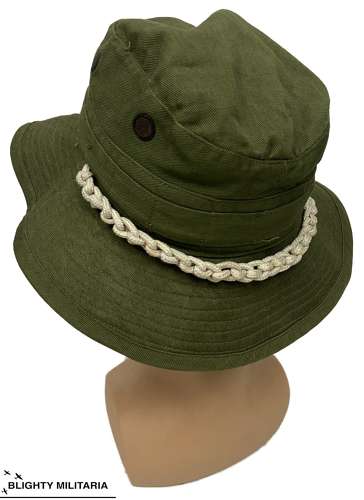 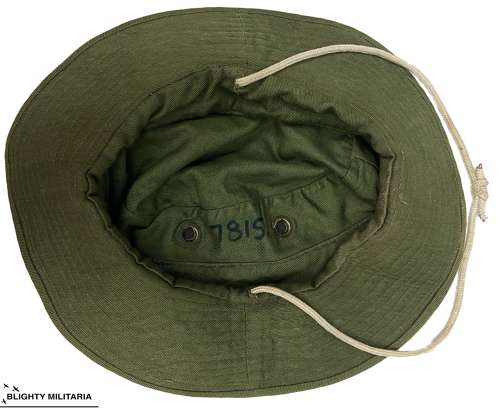 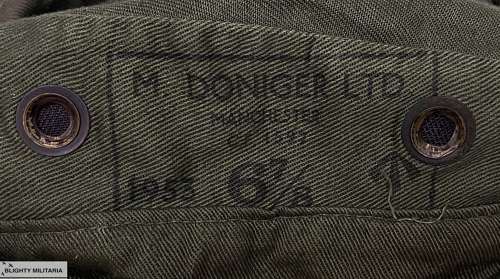 An original 1953 dated British Army Jungle Service Hat which belonged to a Sergeant of the Royal Scots Fusiliers.

The Royal Scots Fusiliers were deployed in Malaya in 1954 for three years and the original owner quite possibly served with them during this period. The 1953 date inside the hat ties in well with this theory.

This style of cap was trialed with the British Army in the late 1930s but did not re-appear until the end of the Second World War. This style proved extremely popular in the Post-War years with many armies, often being referred to as 'Boonie' hats.

The cap is made from cotton drill and features a stitched brim designed to keep the sun and rain off. It is fitted with brass vents around the top and loops are fitted to the side through which materials can be placed to aid in camouflage. A particularly nice detail of this cap is the white lanyard which has been fitted to act as a neck strap. It is long which allows the wearer to easily push the cap off to sit on the shoulders at the bottom of the neck.

Inside the cap the original markings are still present. The maker's name of 'M. Doniger Ltd' is present as is the 1953 date and size of 6 7/8. There is also a War Department broad arrow marking.

The hat is in good condition for its age with some signs of wear and age. Overall it displays very well.

A nice original hat which quite possibly saw active service in Malaya. This would make an excellent addition to any British Army collection without a shadow of a doubt.