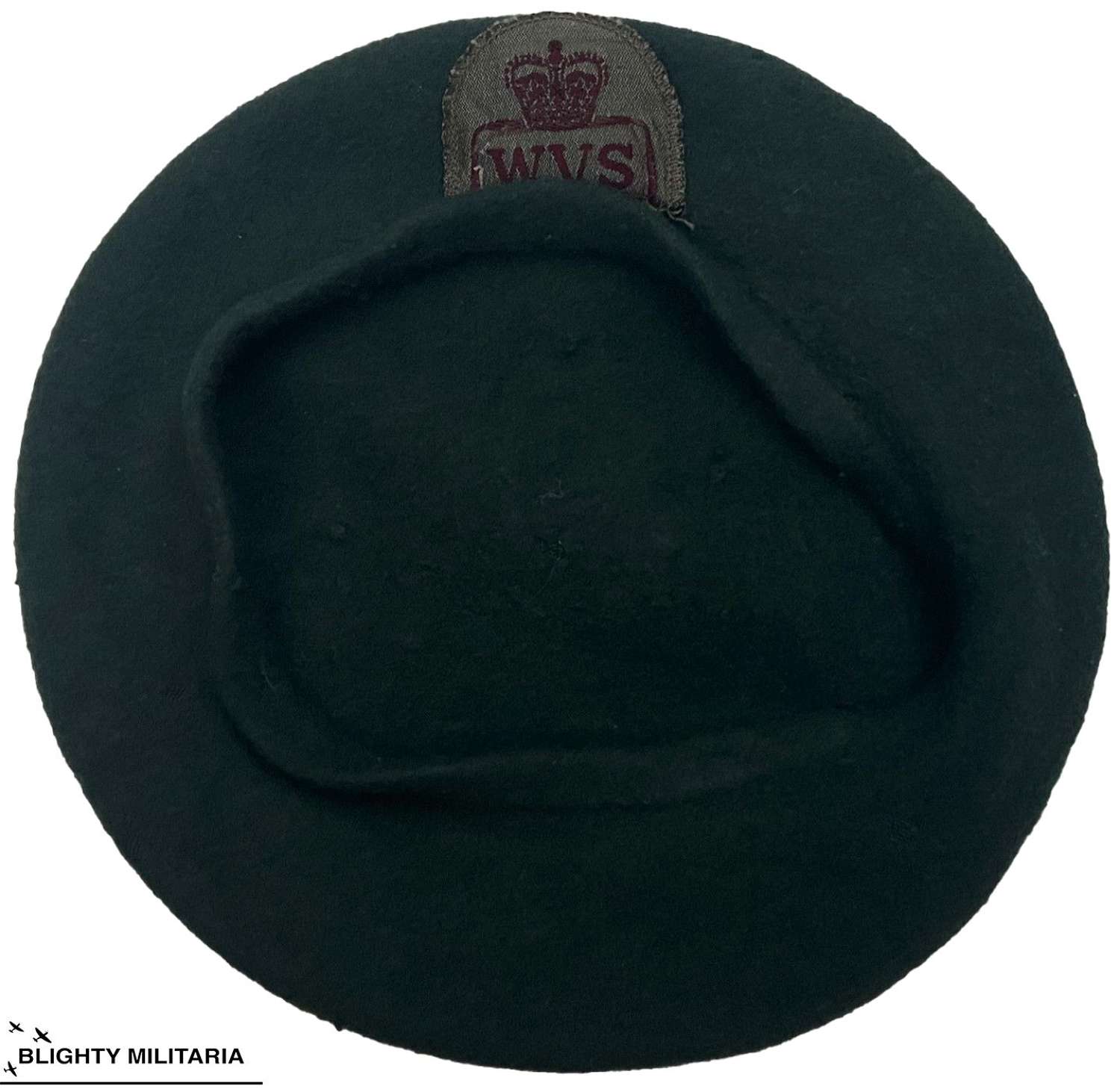 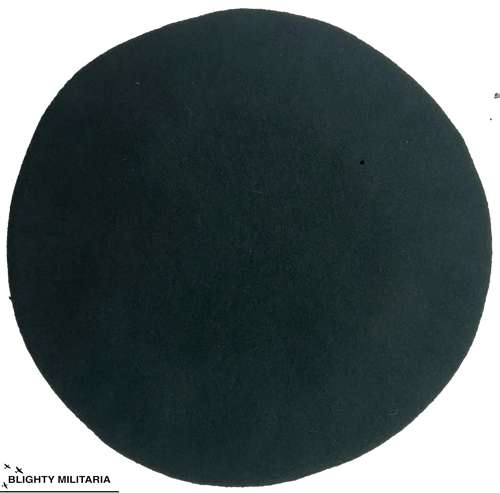 An original Women's Voluntary Service beret dating from the 1950s and in good condition.

This pattern of beret was worn from the early days of the WVS and well into the post war period. This example is the same pattern as used during the Second World War and is made from a bottle green coloured spun wool. It is fitted with an original Queen's crown WVS cap badge.

The hat is in reasonably good condition with some signs of age and wear. There are some minor flaws as can be seen in the pictures.