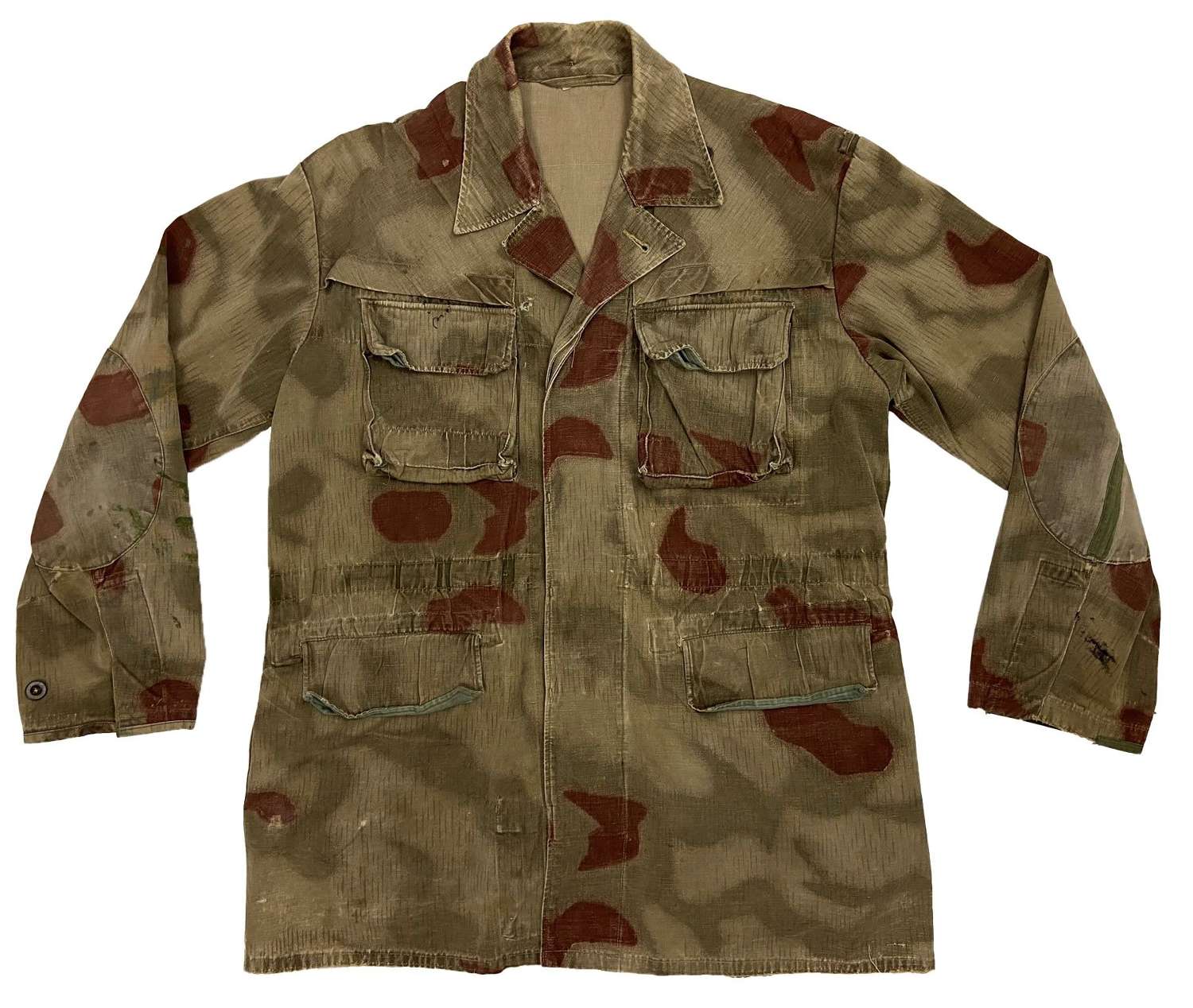 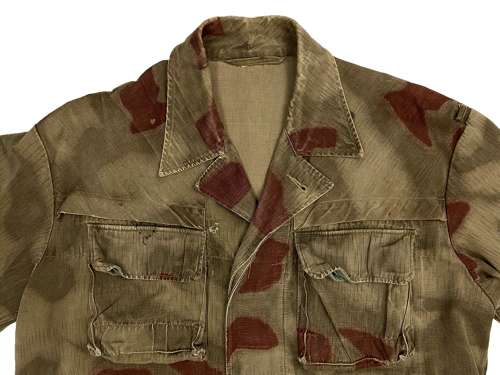 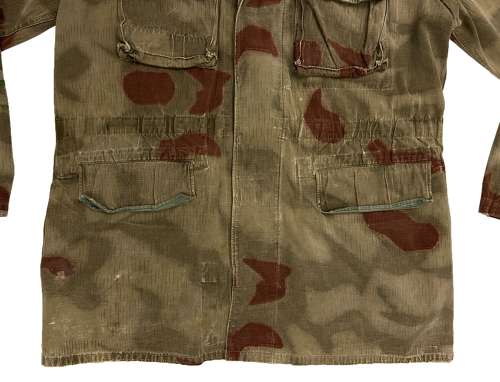 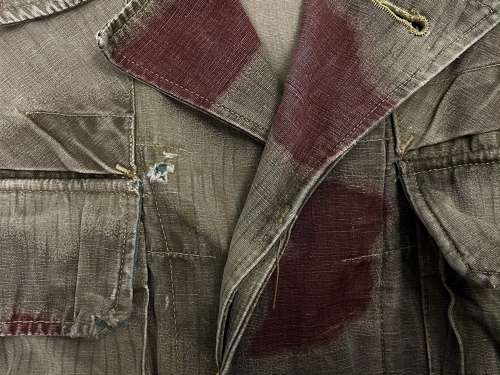 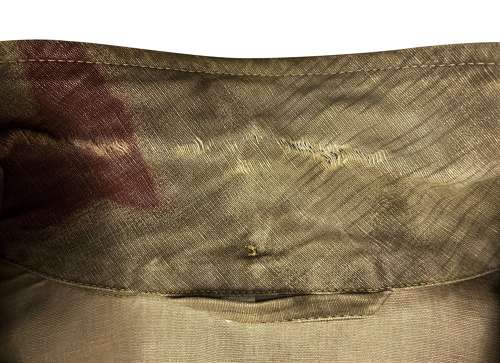 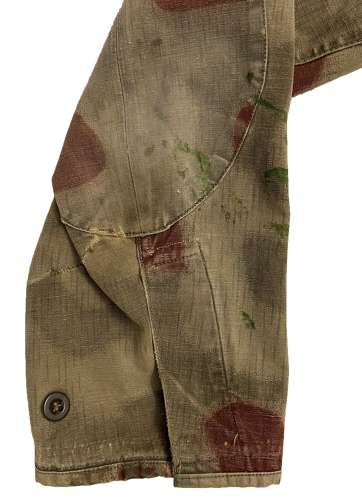 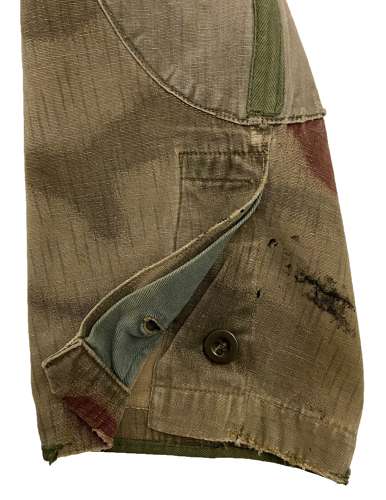 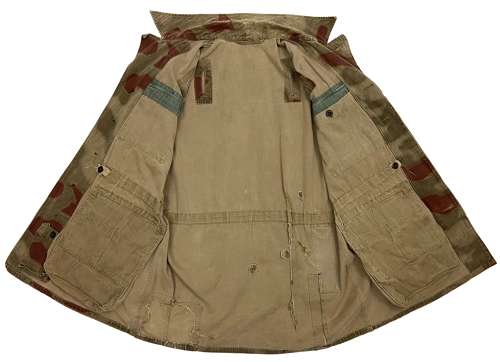 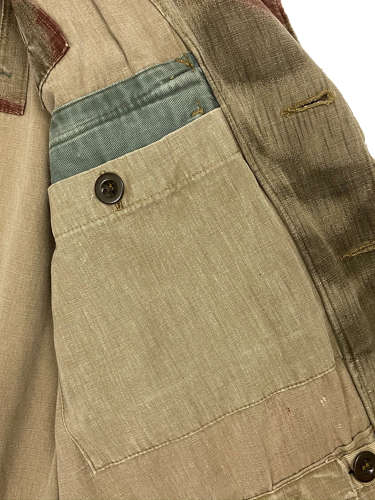 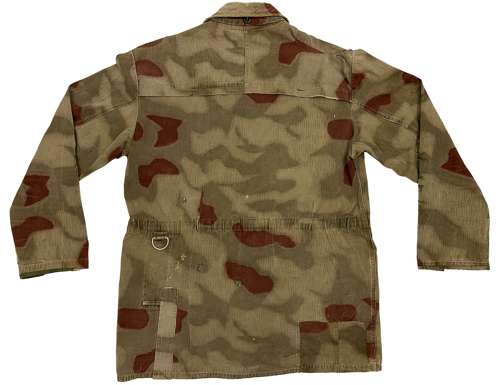 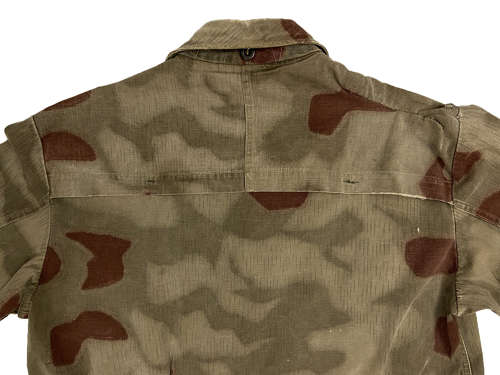 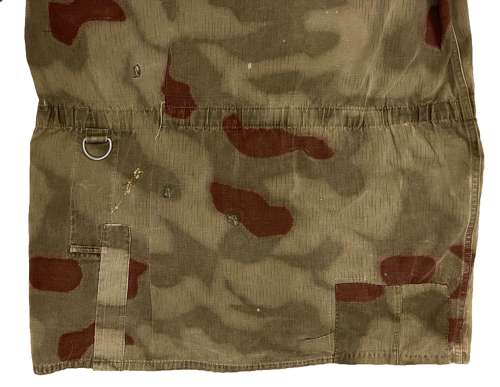 In the post-war period the new West German Bundeswehr Army introduced this pattern of camouflage jacket which was based on those used during the Second World War. Due to its similarity to the WW2 issue jackets they proved unpopular and were discontinued in the late 1950s, making them rare to find today. The camouflage pattern is Sumpfmuster , Marsh Camo, Tan and Water pattern camouflage.

The jacket is a medium size. It is designed to be roomy and oversized like all combat jackets and when laid flat measures -

The jacket is in worn condition with plenty of signs of use and some repairs. The collar has worn as shown in the pictures and some patches have been added in similar camouflaged material which gives the jacket some nice character. Please study the pictures before purchasing and bear in mind that this is a pre-worn combat jacket which has issues commensurate with this.

A great looking camouflage jacket which would make a great addition to any wardrobe or collection!