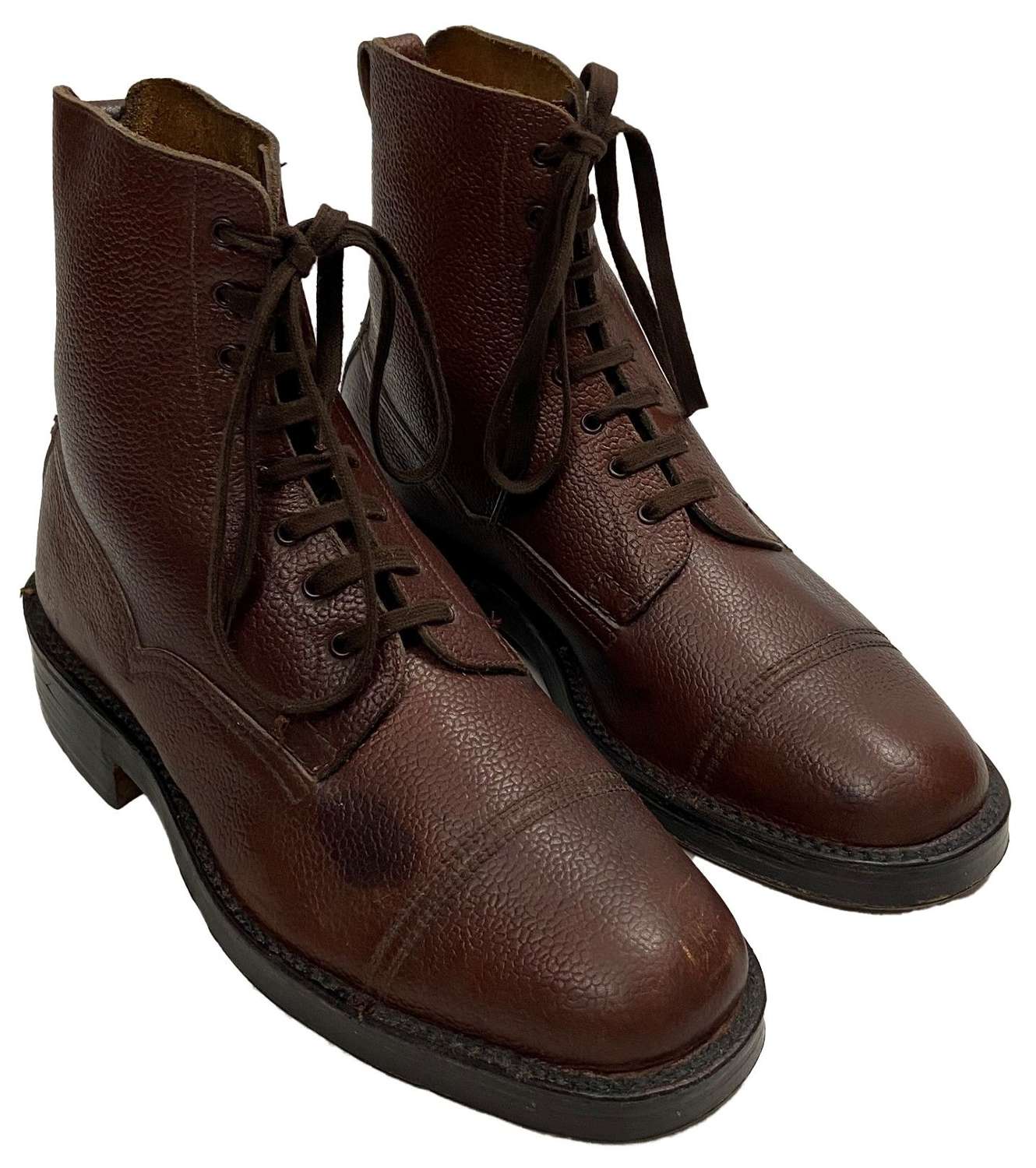 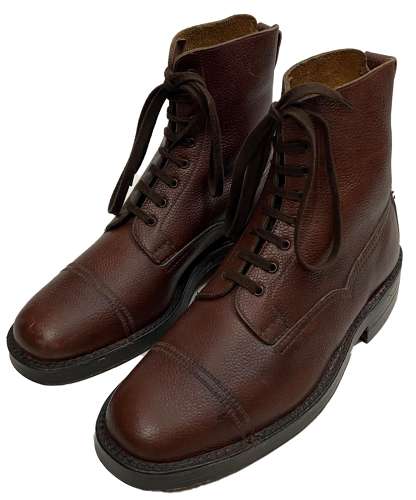 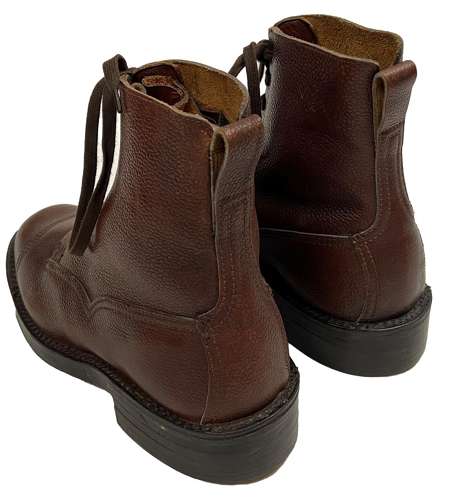 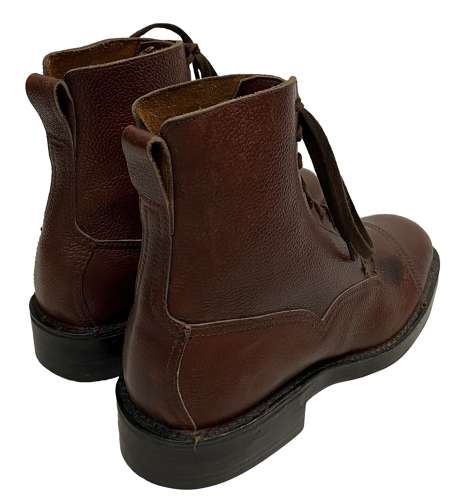 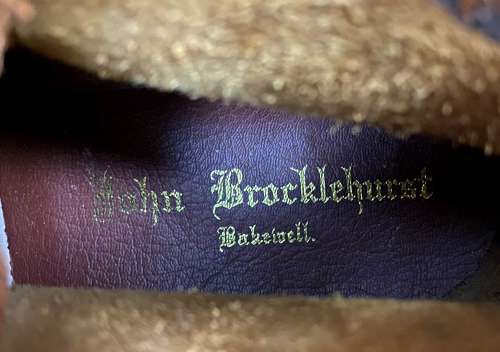 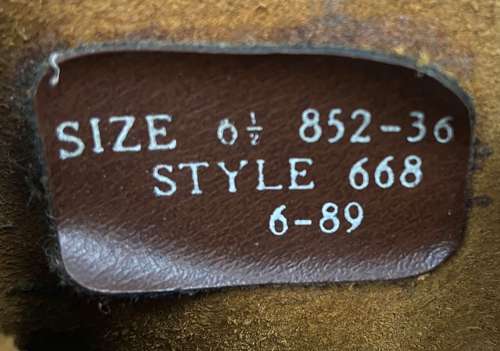 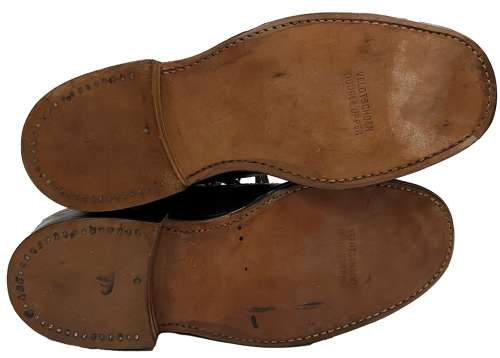 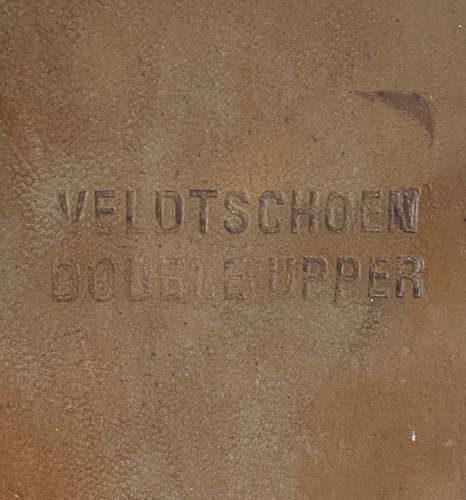 These are a classic pair of mid Century men's ankle boots which were popular in their day and are now highly sought-after. The boots are welted Veldtshoen style which feature zug grain leather uppers, a stitched toe cap and leather soles. The boots feature eight eyelets through which the original laces are still present.

Inside the boots are a number of markings including the maker's name of 'John Brocklehurts' of Bakewell is present to the insole. There is another label which bears the size of 6 1/2 and the style number of 668 6-89.

The boots are in excellent condition as can be seen in the pictures. They appear to be unworn with no signs of wear to the soles which still have the words 'Veldtschoen Double Upper' visible which would wear away with use. There is however a stain to the front of the right boot which has been relfected in the price. It may be possible to remove this with cleaning or polishing.

A fantastic pair of Veldtschoen boots which would be very hard to better!