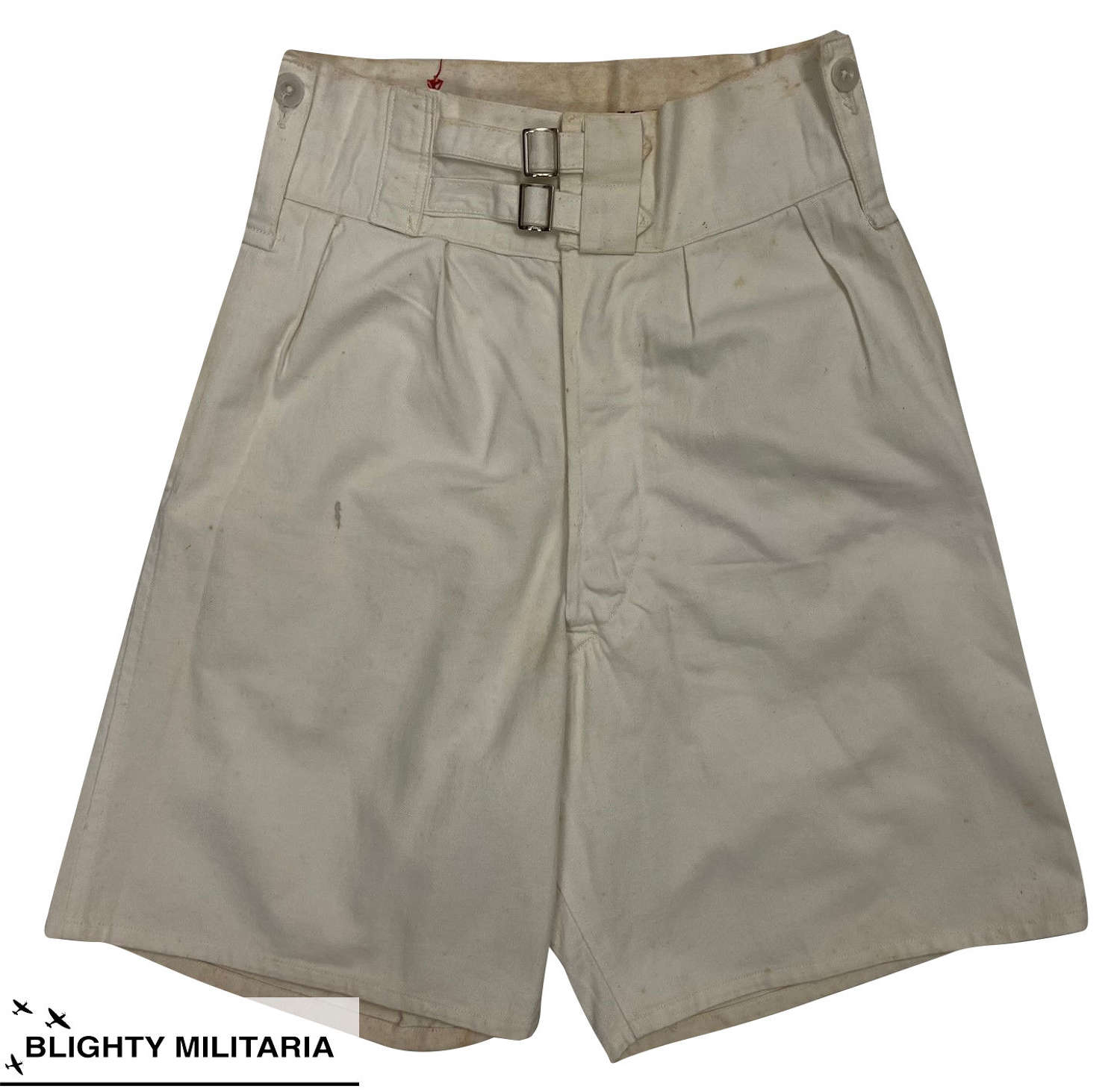 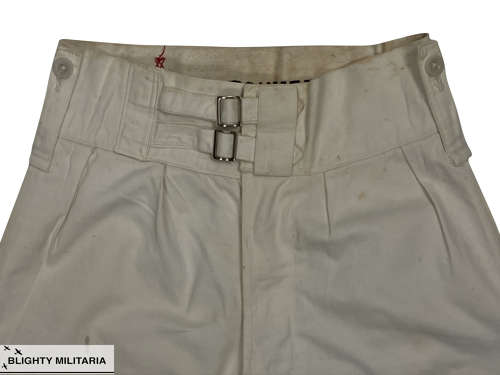 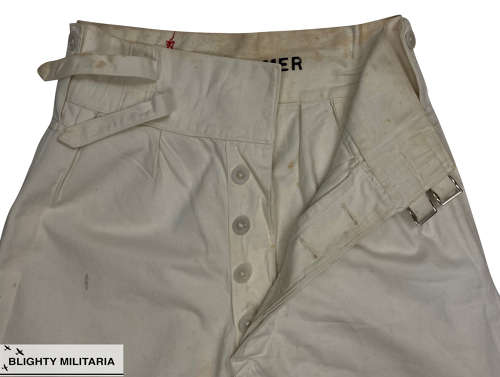 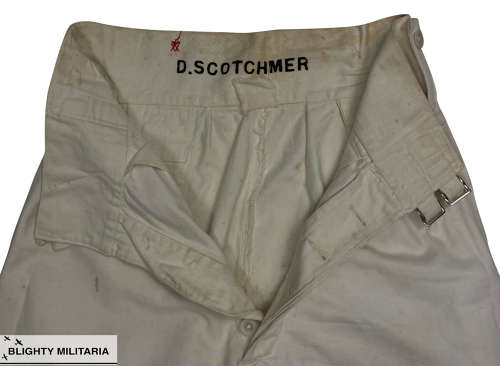 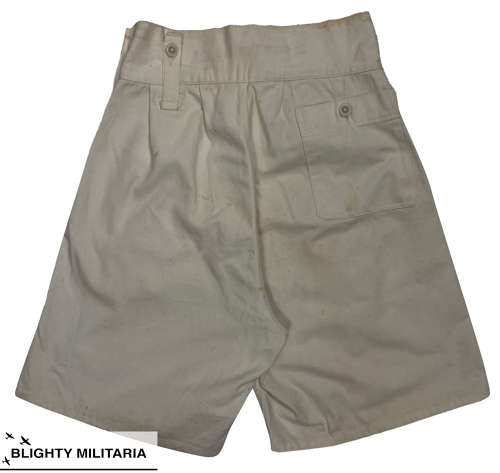 These shorts are typical of those made during the Second World War and into the early 1950s. They feature a double belt and buckle fastening to the front, the same as is found on 1941 pattern khaki drill shorts. The fly fastens with white coloured plastic buttons and slash pockets are present to each hip. A single patch pocket can be found to the rear which fastens with the same style of button used on the fly.

Inside the shorts the original owner has marked his name which reads 'D. Scotchmer'.

The shorts are in reasonable condition for their age with some signs of wear and use. They are still very wearable and have been drycleaned although there is staining as can be seen in the pictures. This has been reflected in the price.

A good pair of mid century shorts with some great details!