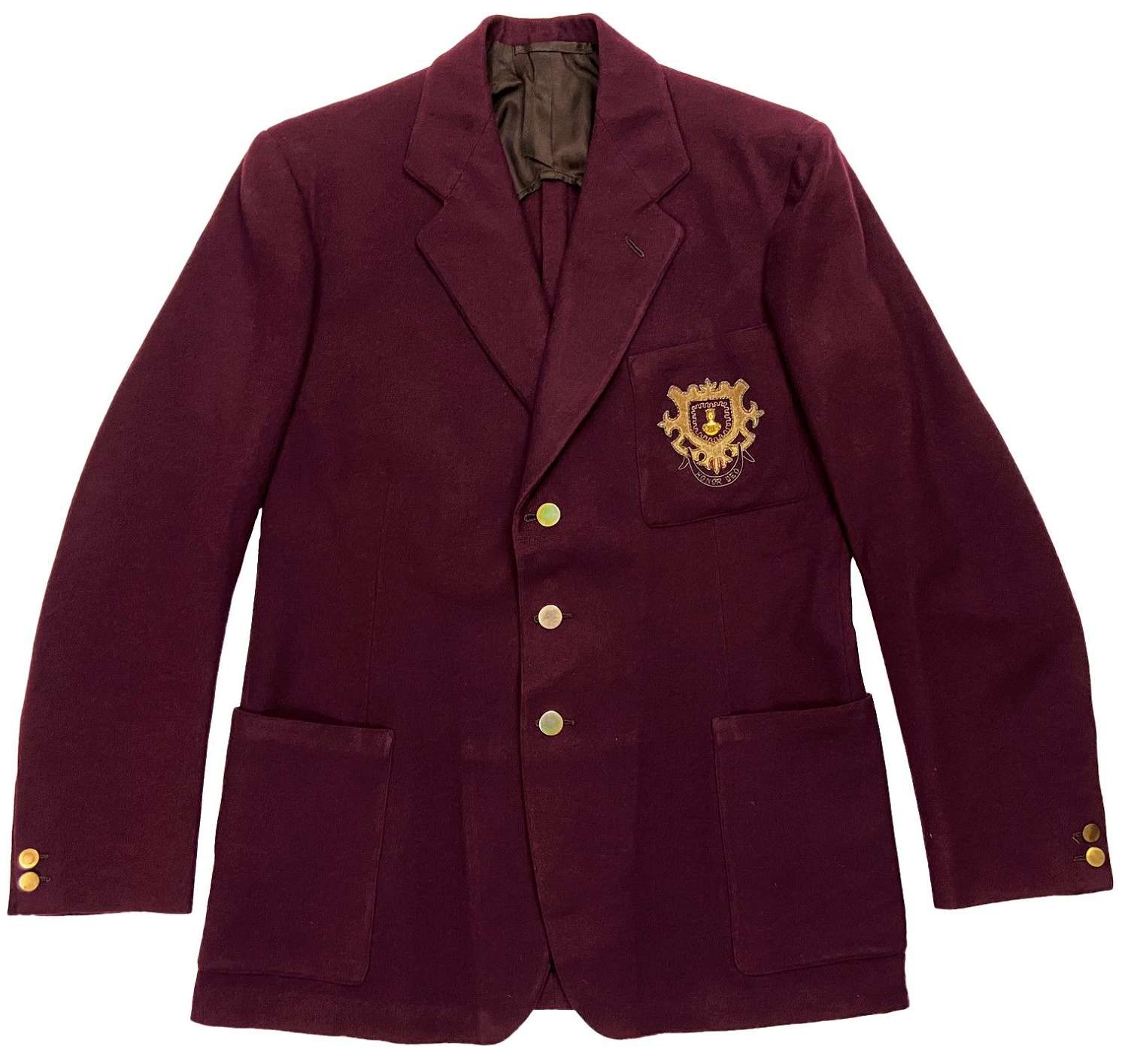 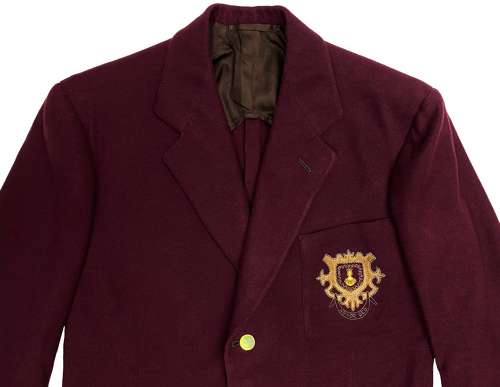 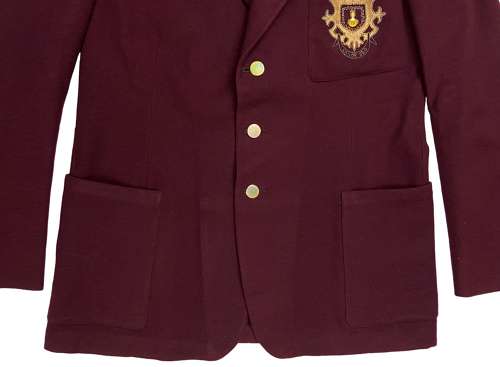 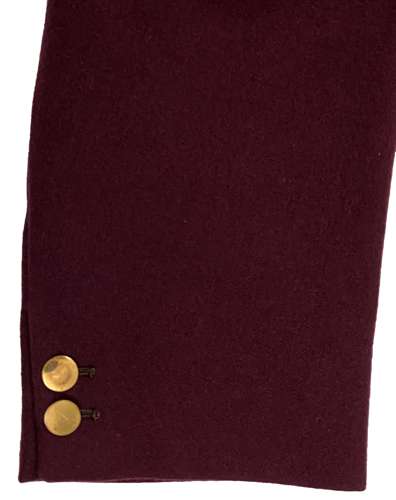 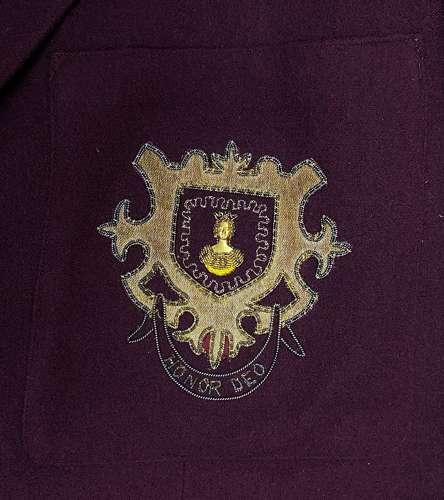 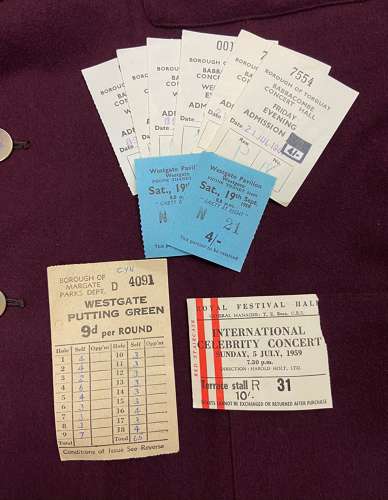 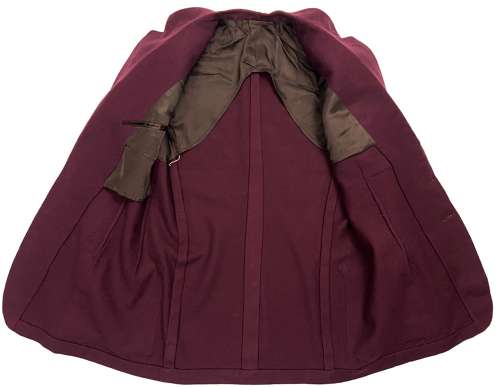 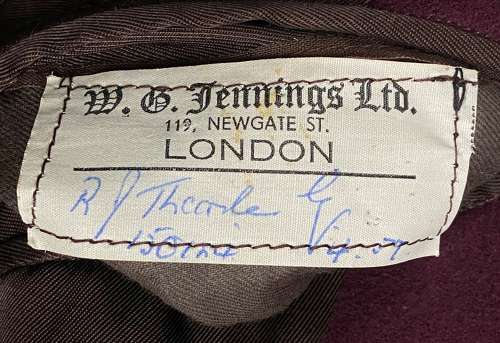 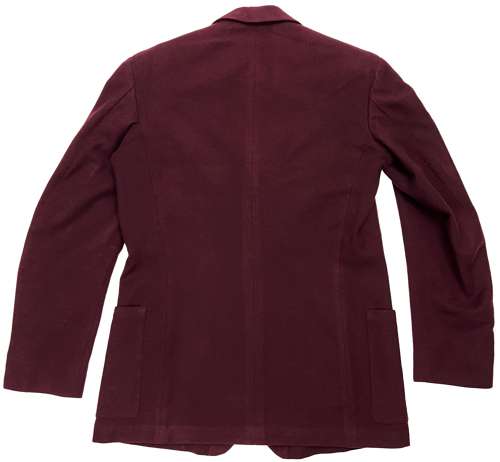 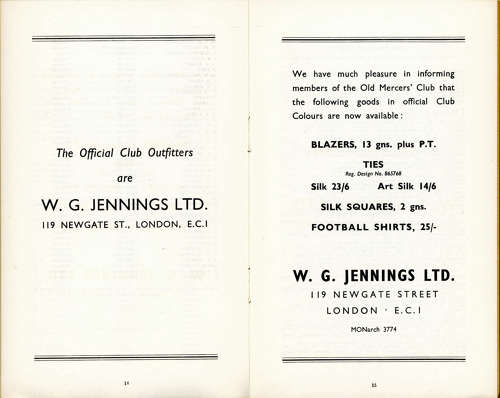 An original 1950s British Blazer made by 'W. G. Jennings Ltd' for a member of the Old Mercers Club.

This jacket is typical of those made in the 1950s. Constructed from a claret coloured wool; the jacket features a three button front which fastens with brass buttons with two more smaller brass buttons located at the end of each sleeve. Patch pockets are located to the lower portion of the jacket whilst another small patch pocket can be found at the chest. This features a crest with the words 'Honor Deo' which is the Old Mercers' Club motto. The jacket features no rear vent as is typical of earlier made British Jackets.

The interior features a partial lining and a single inner pocket. The maker's name of W. G. Jennings Ltd is present as is the address of the premises of 119 Newgate Street, London. The original owner's name is marked in ink below this.

A number of items were found in the pockets and are displayed in one of the pictures. Some of the items feature dates from the late 1950s and have clearly been left in the jacket by the original owner.

W. G. Jennings were the official club outfitters as can be seen in the period advertisement attached here.

The jacket is in good condition as can be seen in the pictures. There are some signs of age and use but overall it displays very well. Please study the pictures before purchasing.