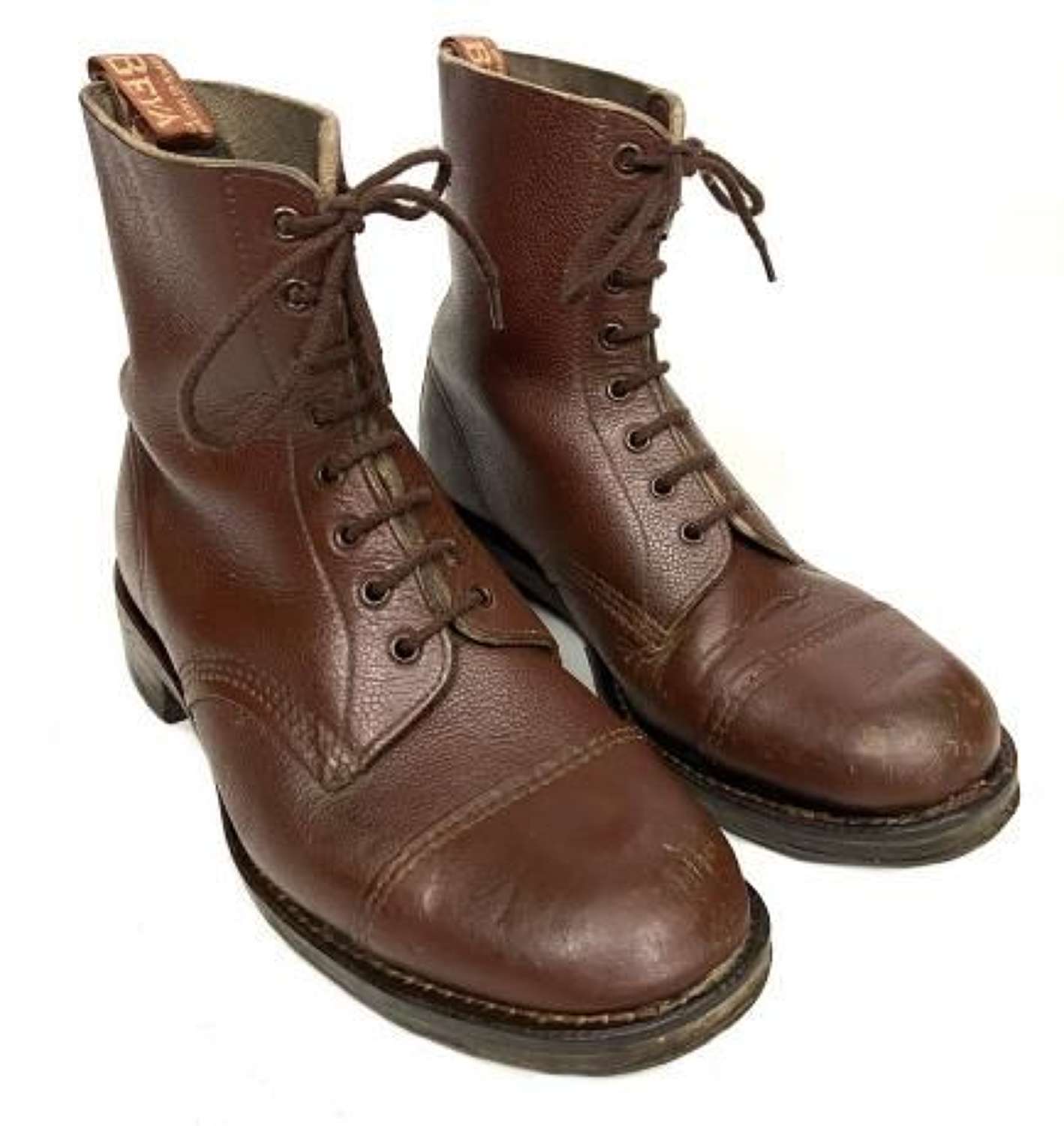 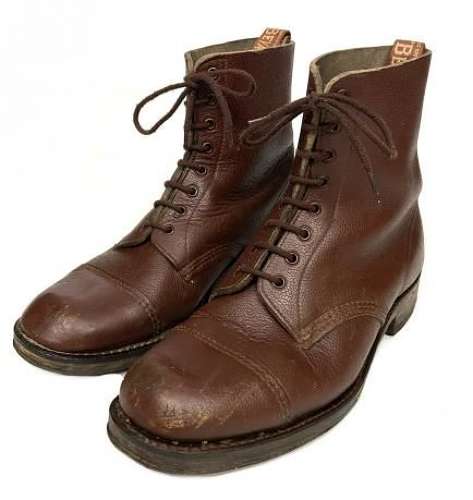 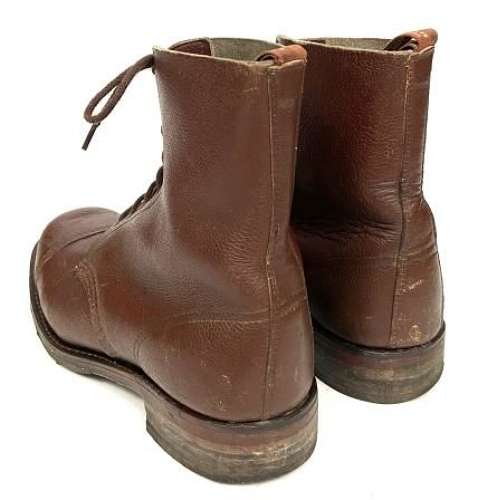 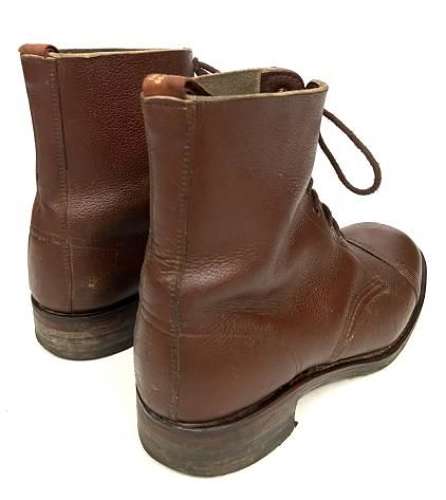 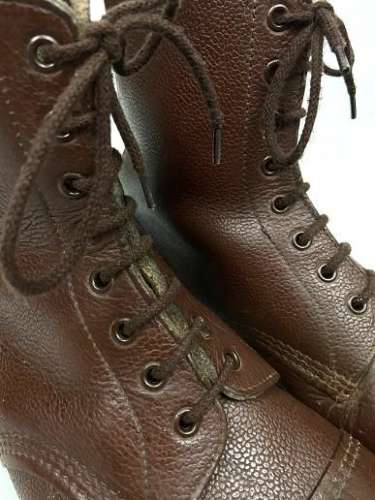 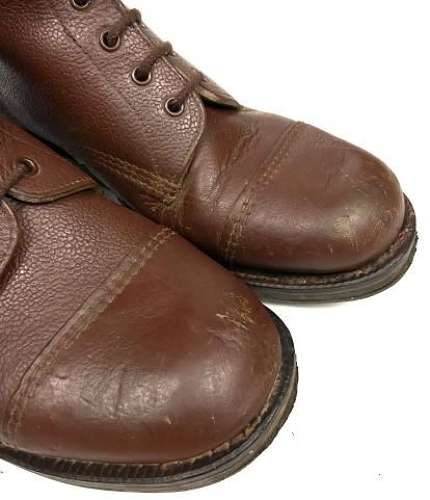 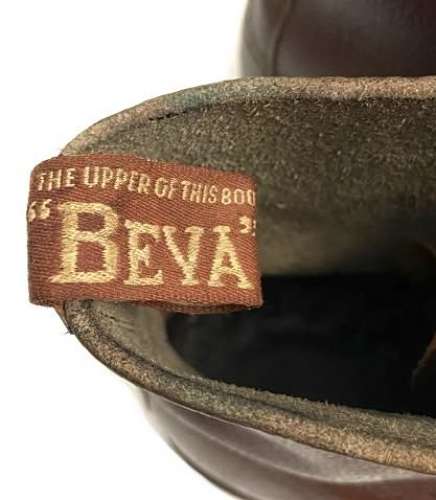 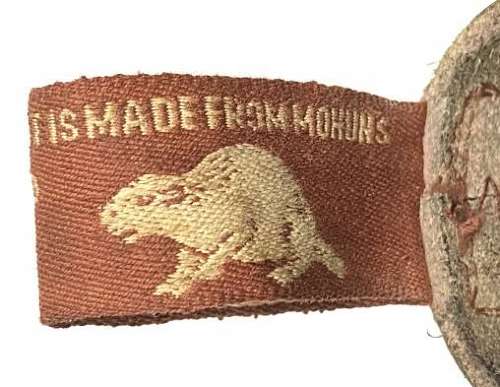 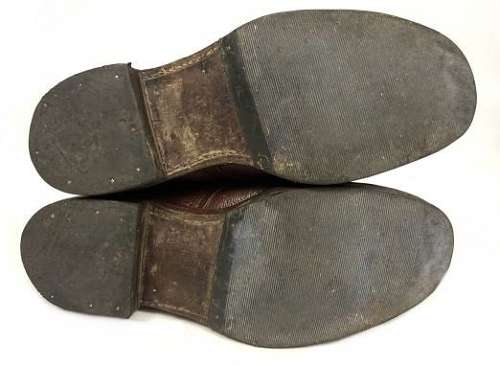 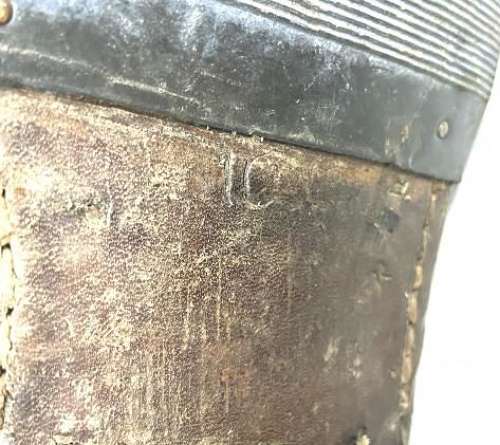 SOLD
A nice original pair of men's ankle boots by 'BEVA', dating from the 1950s.

These boots are typical of those made in the mid-century period. They are made from a mid brown pebbled leather and feature a leather sole, a stitched toe cap and are unlined. The feature 8 eyelets giving them a nice tall shape and plenty of ankle support.

The boots feature a pull strap to the top of each boot which is embroidered with the graphic of a beaver and bears the makers name of 'BEVA'. It also states 'The upper of this boot is made from Mohun's'. The simple embroidered design is typical of the 1940s and 1950s.

The boots are a generous, hard to find large size 10. This is marked to the sole, as is usual with footwear such as this.

The sole of the boots has had a recent rubber sole protector added which makes them much more wearable today. This could easily be removed to expose the original leather sole underneath. The boots are also fitted with rubber heels as were becoming popular during the period they were made.

The boots are in good condition with only limited signs of wear and use. There is some scuffing to the leather finish and some signs of wear to the soles and heels but overall they are still a very sound, wearable pair of vintage boots.

All in all a very nice pair of vintage boots which are still very wearable. Not only that they are in a sought-after larger size!