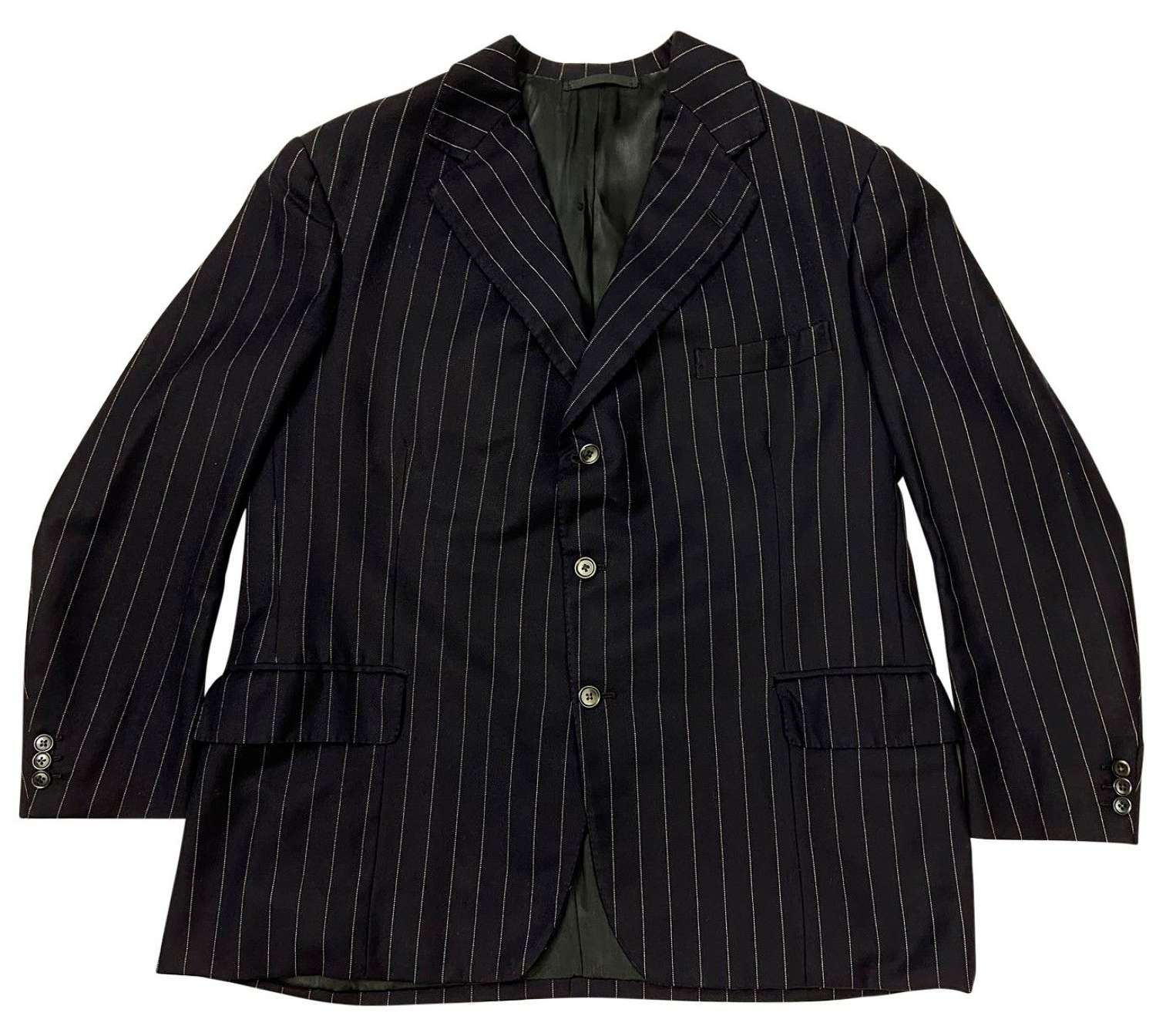 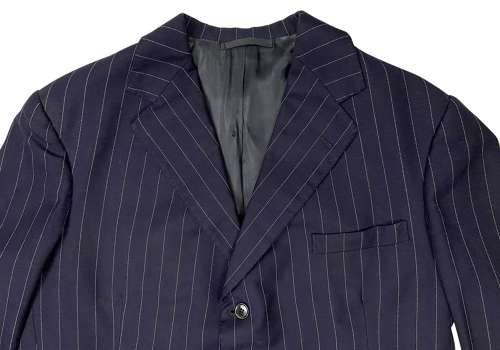 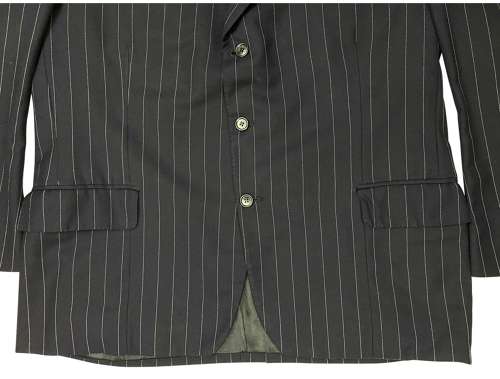 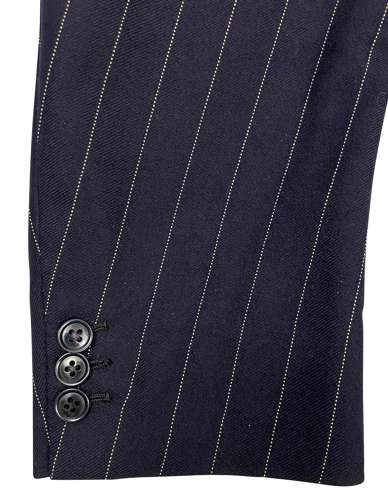 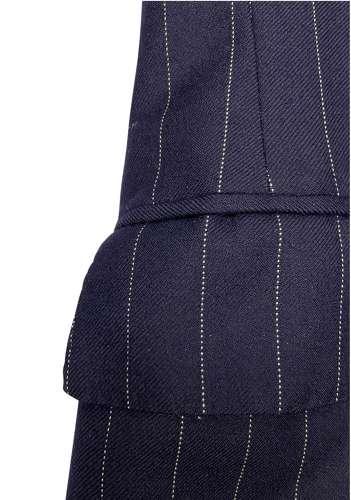 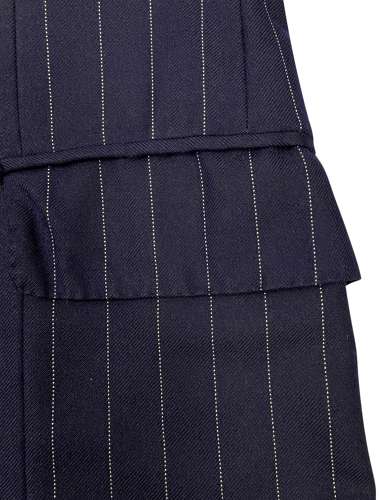 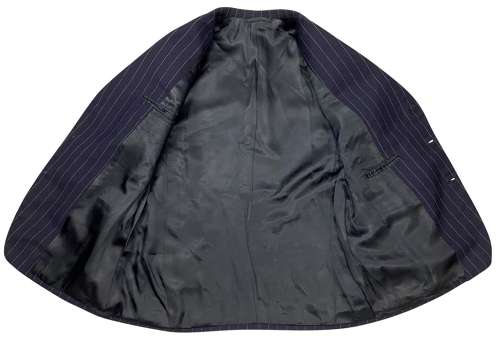 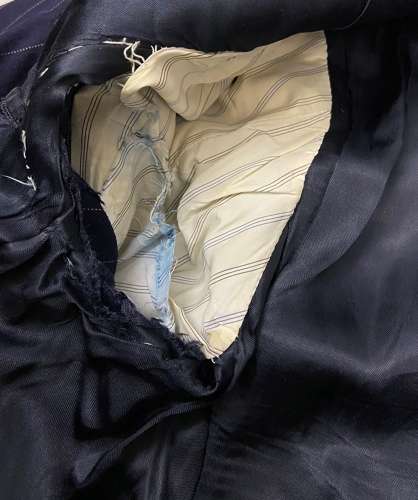 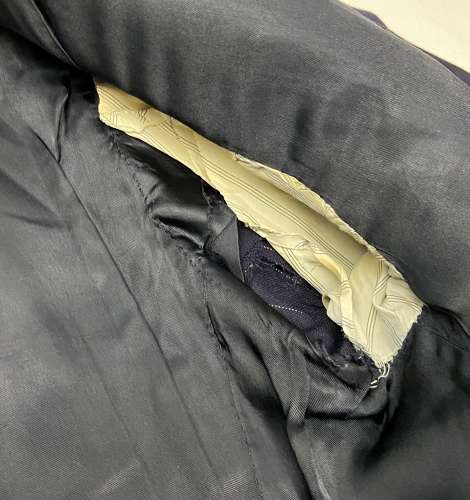 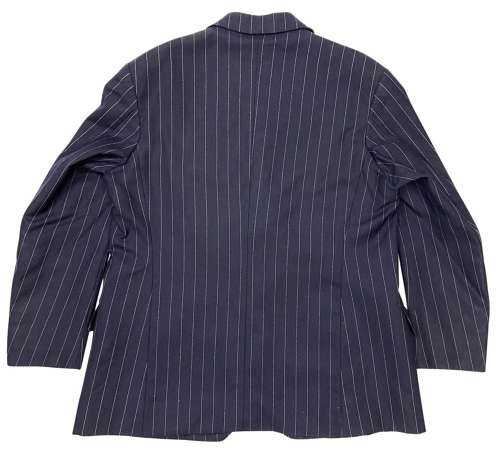 An original navy blue pinstripe men's suit jacket dating from the 1950s and in a large size.

This jacket is cut in an earlier style and could almost pass for a 30s or 40s jacket. It features a three button front and pronouced lapel shape, typical of the 1940s and also has no rear vent which is another trait of jacket from an earlier period. It was common for older men to still have the suits cut in the same style they had for many years resulting in later examples such as this turning up.

The suit jacket is well made and the pinstriping has been matched on the pocket flaps which is always a sign of quality. The cuff features three buttons and is none functioning.

The jacket is fully lined and features two interior pockets. The larger of the two shows traces of where a tailors label was original affixed, although it has sadly since been removed.

The jacket is a large size which will fit around a 44" chest depending on desired fit. When laid flat it measures -

The jacket is in good condition as can be seen in the pictures. There are some signs of wear and use with the only major flaw being in both arm pits where the lining has come away. This would not be hard to repair.

All in all a nice original jacket in a large size.