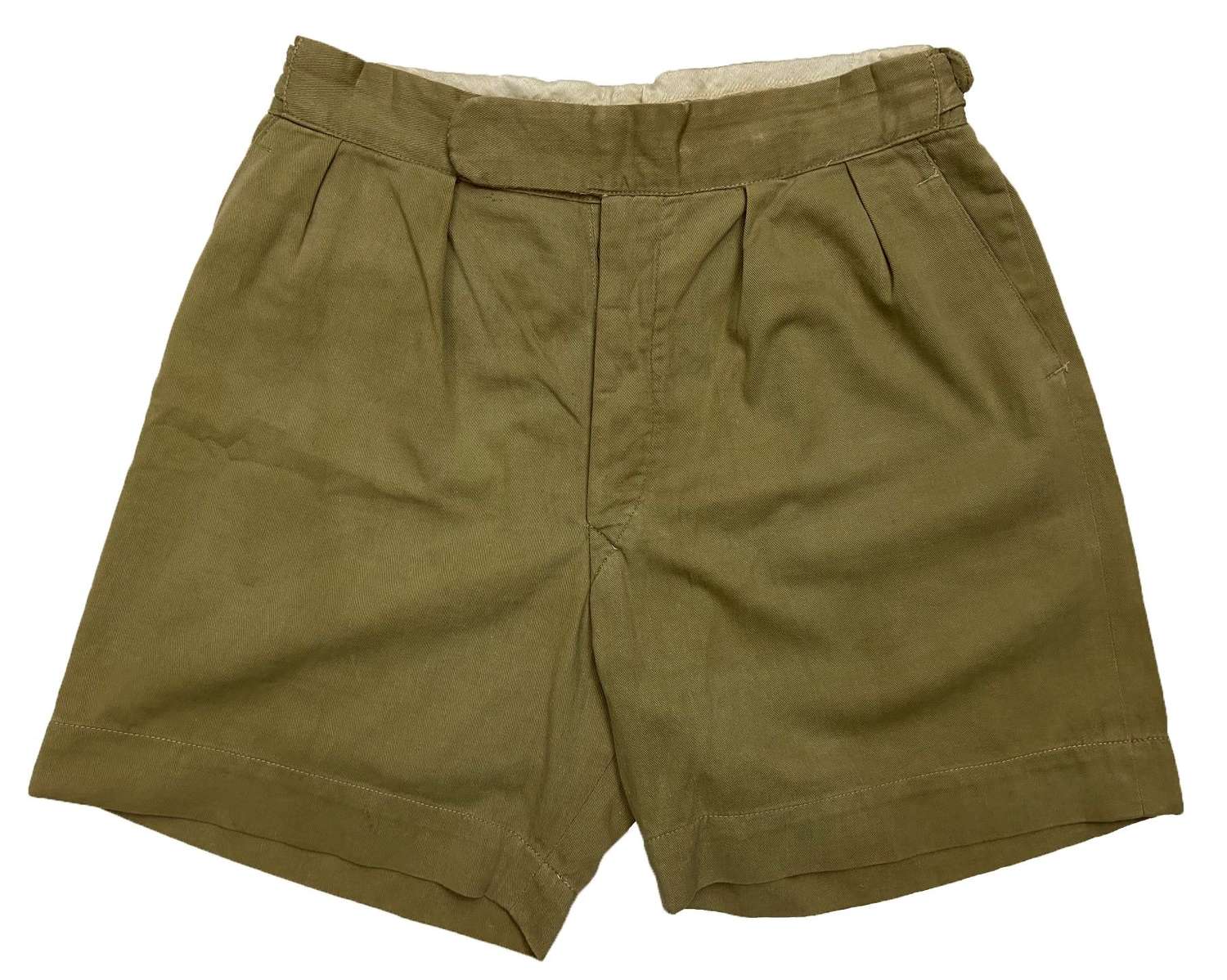 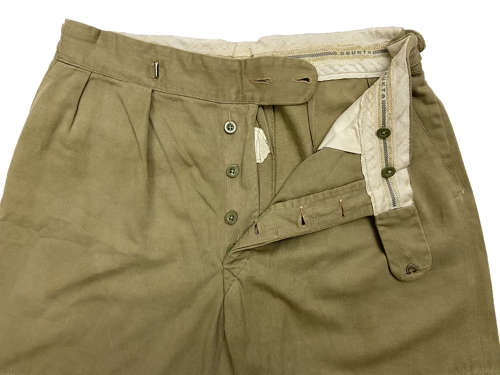 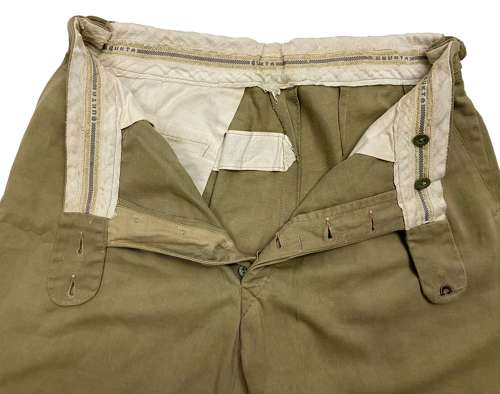 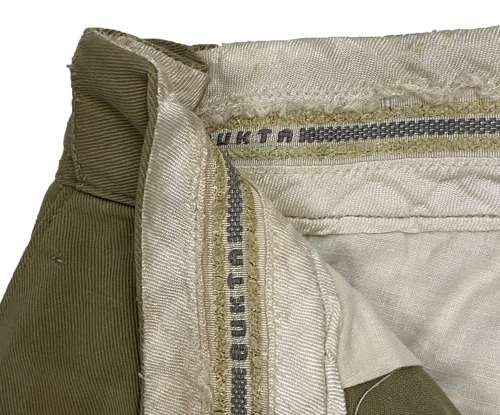 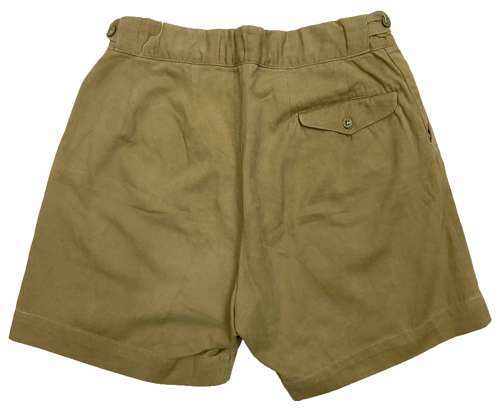 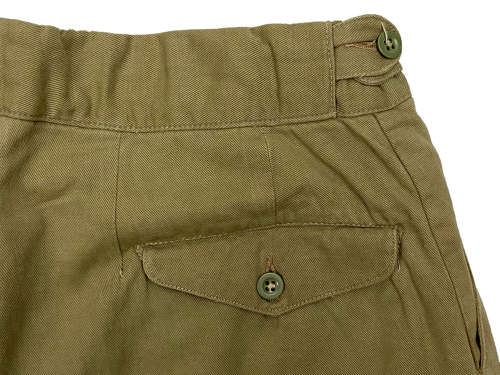 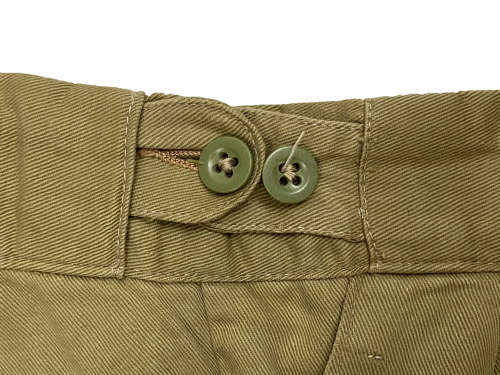 An original pair of men's khaki drill shorts made by 'Bukta' in the 1950s.

These shorts are similar to those worn by the British military in the 1940s and 1950s but are a civilian item. This style of shorts was very popular during the summer as a casual item and can be seen in many pictures from the period. Like their military counterparts they are made from a khaki coloured cotton drill which was chosen for its hard wearing qualities. They have a number of features which are typical of British menswear pieces of the period including a twin pleated front, slash pockets to the hips and a single rear pocket. The fly fastens with buttons and the inner edge of the waistband has a gripping strip, typical of 1950s trousers are shorts. This also bears the maker's name of 'bukta' who were a prolific manufacturer of sportswear during the mid Century period.

The shorts are in good wearable condition with some signs of wear and age which are to be expected from a vintage, pre owned item such as this. Please study the pictures to access the condition.