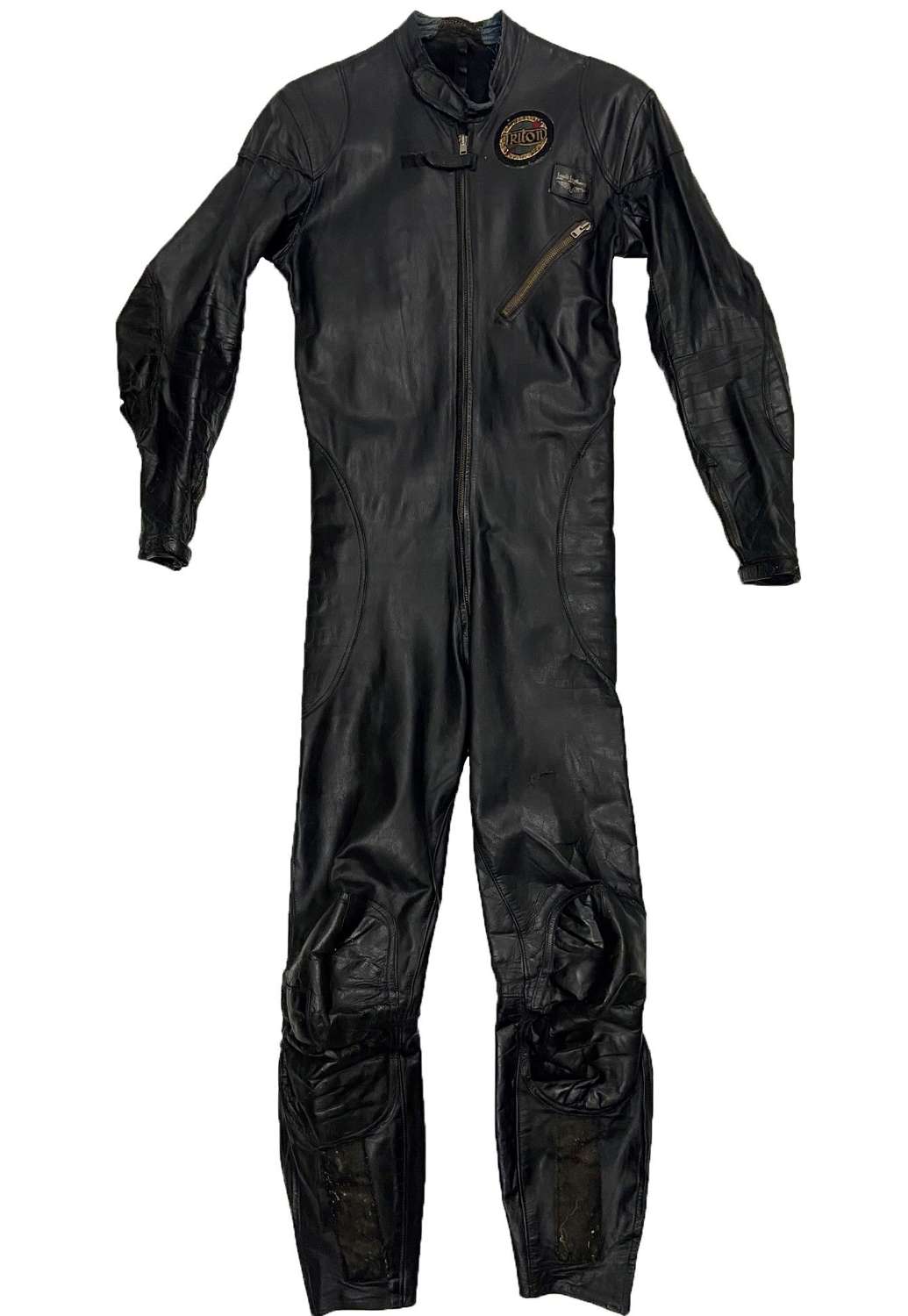 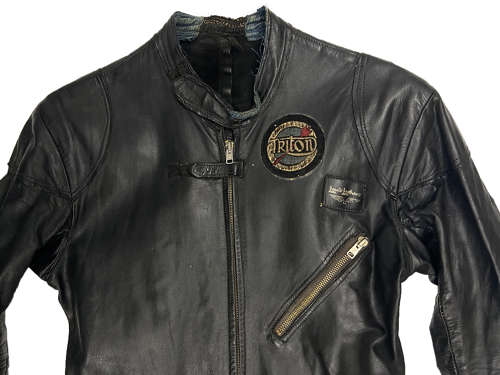 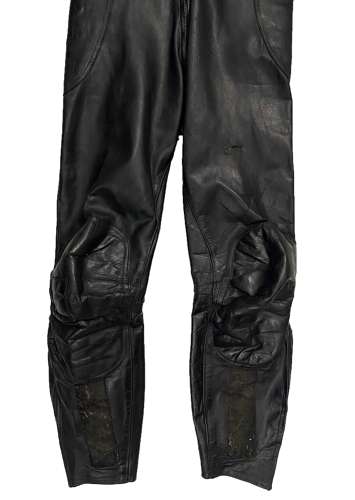 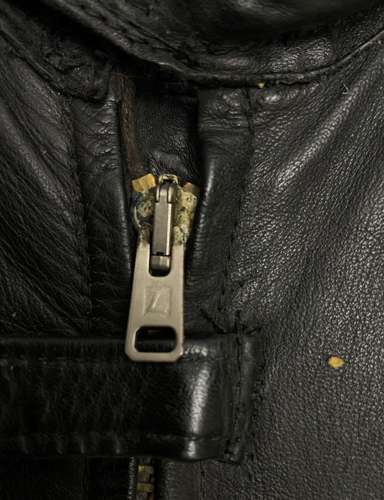 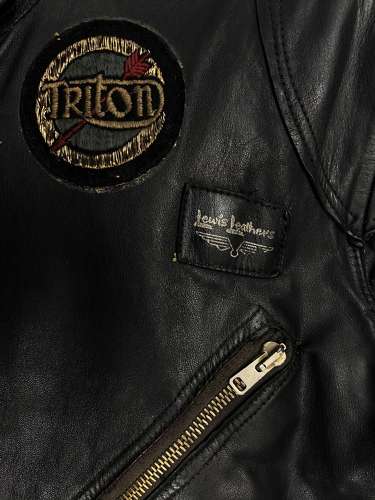 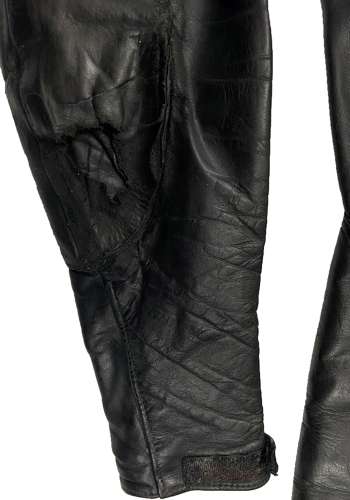 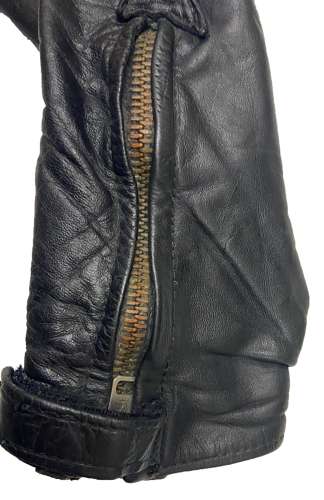 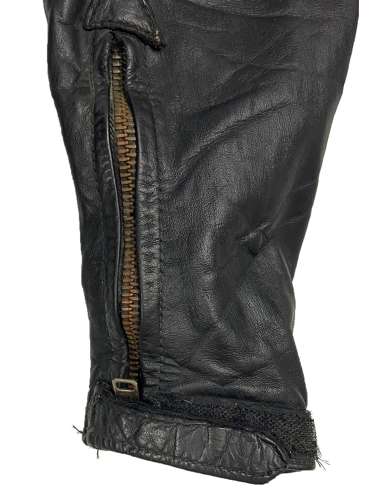 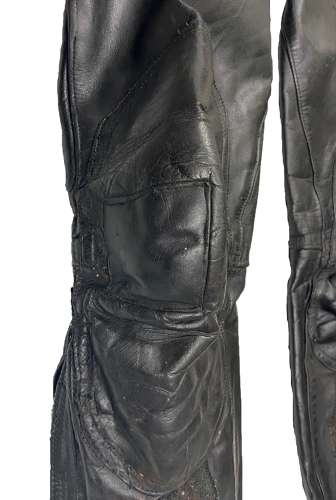 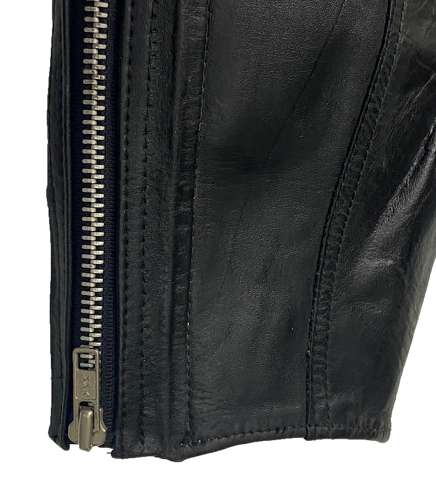 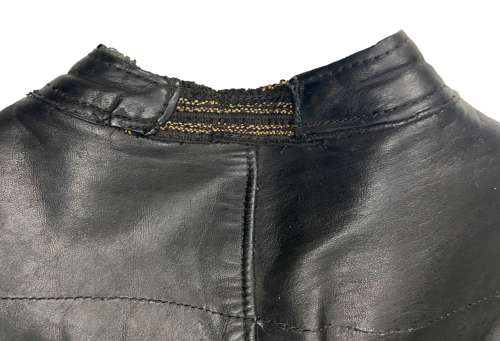 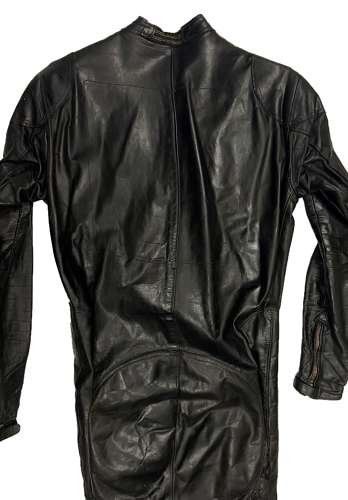 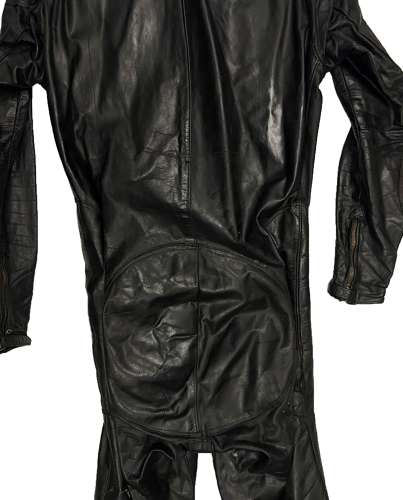 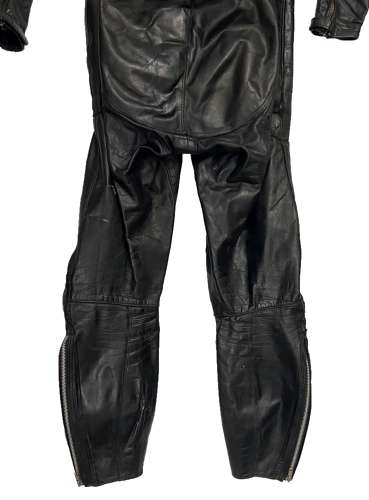 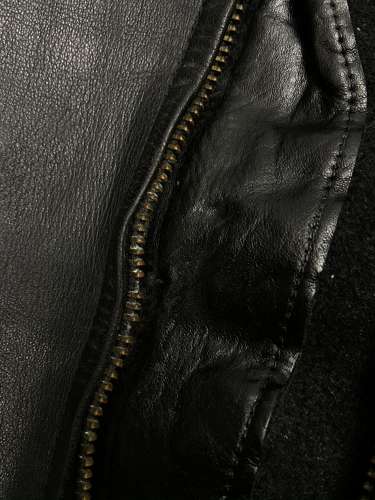 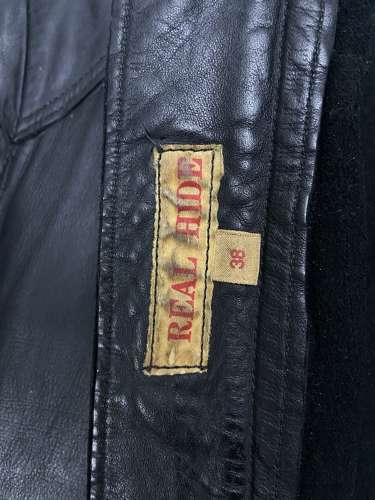 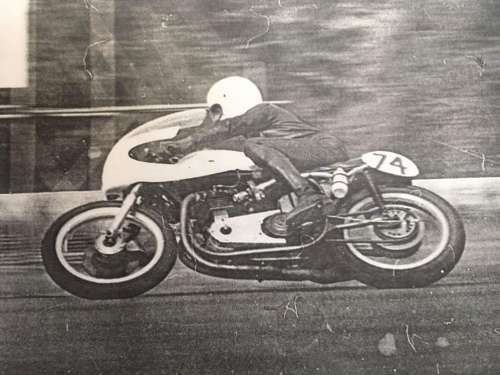 An original one piece leather motorcycle suit by 'Lewis Leather' dating from the 1950.

This suit originally belonged to John Green of Leicester who was mainly a club racer who during the 1950s and 1960s rode a 650cc Triumph T110 engine Triton. He was apparently famous for lying about his age to get a licence and wearing a checked jumper over his leathers to keep the cold out! The last picture is of John racing his Triton in the suit.

The suit itself is a typical lewis item from the period. It is made from a thick black leather hide and features a full length front zipper, zips to the ankle and wrists and an angled zipper chest pocket. All the zips are brass 'L' marked period examples except for the two that fasten the ankles which are 1970s 'YKK' examples. The rear of the collar has a black and white elasticated section which is typical of those used on British leather items of the late 1940s and 1950s.

The suit features reinforced leather sections to knees, elbows and seat. The chest features the original Lewis Leathers tag to the chest as well as an additional 'Triton' patch, added by the original owner.

Inside the suit the original label is still present and reads 'Real Hide'. A second smaller label is attached to it and bears the number 38 which is the size.

The suit is in worn condition but displays well. There are various signs of wear and use as well as some repairs. The main zipper has a couple of teeth missing but still works as it should. Please study the pictures and remember that this a pre-worn vintage item that has been used for racing motorcycles and therefore has issues commensurate with this.

A fantastic piece from a prestigious British company complete with history!