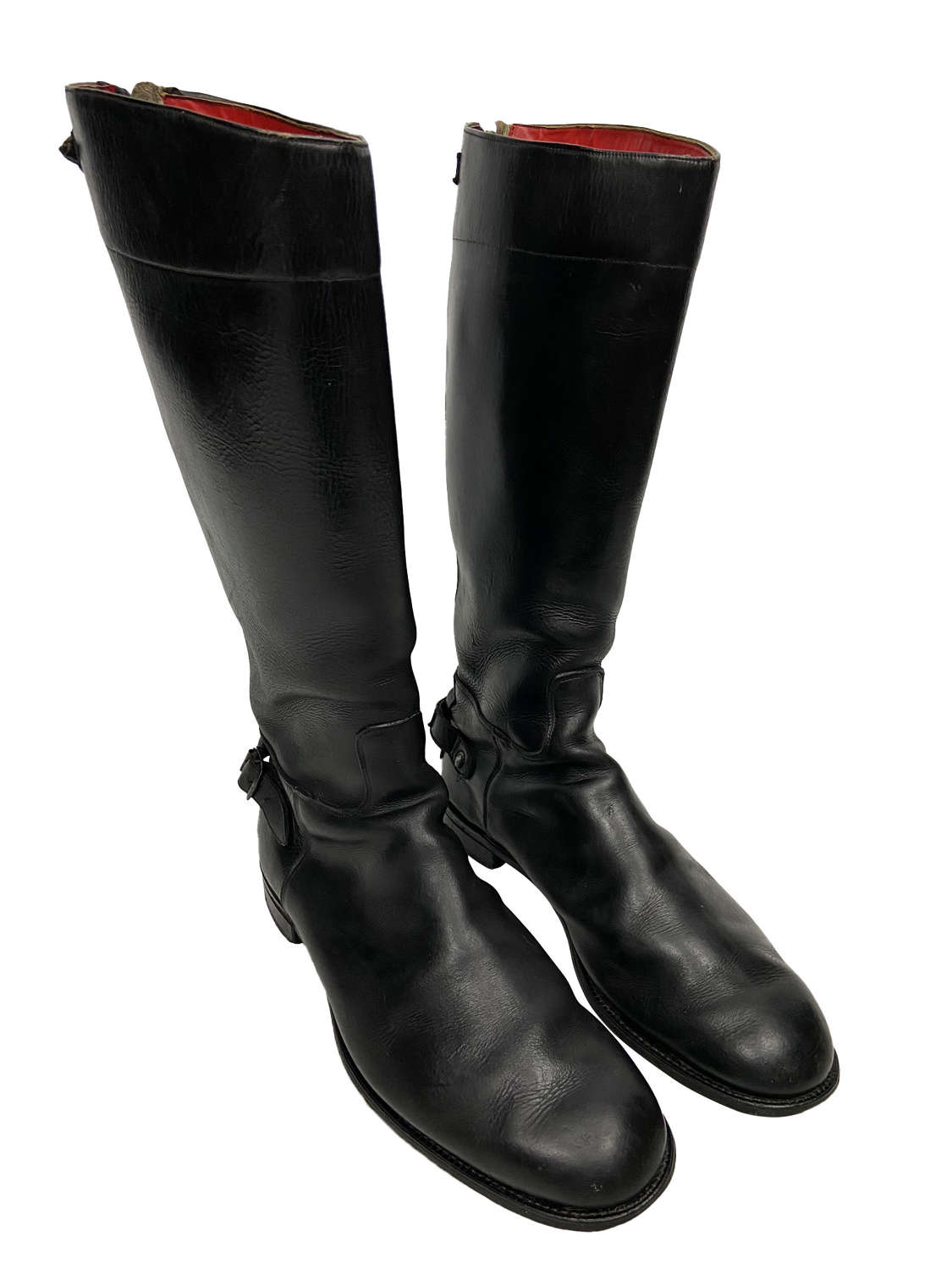 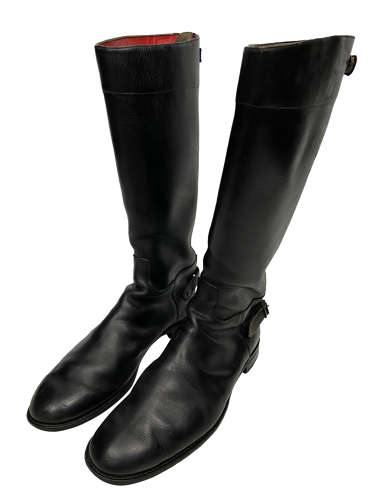 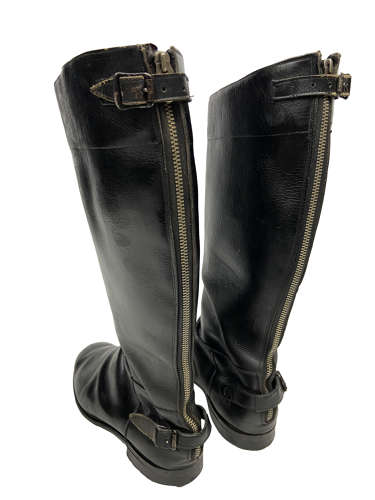 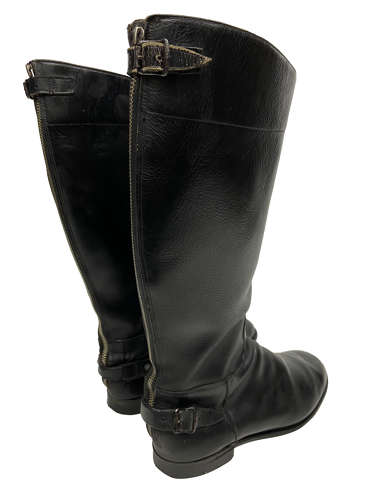 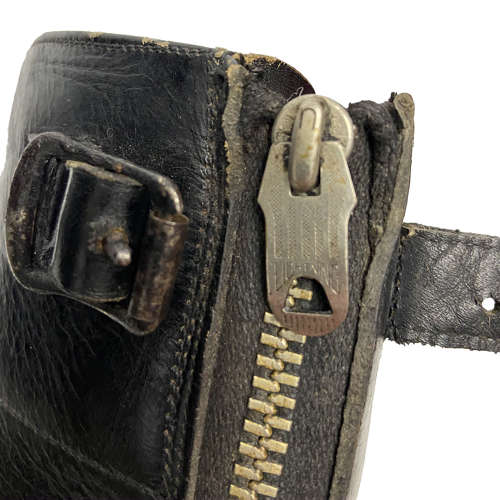 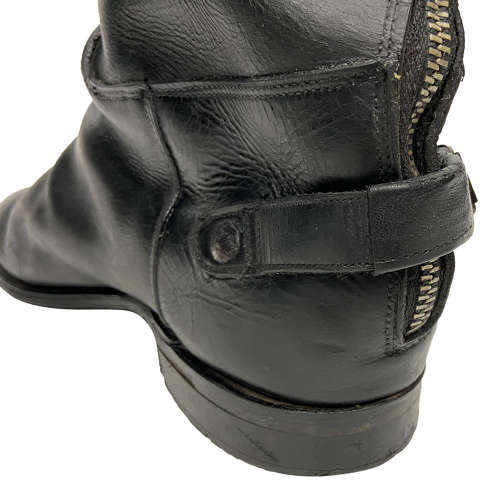 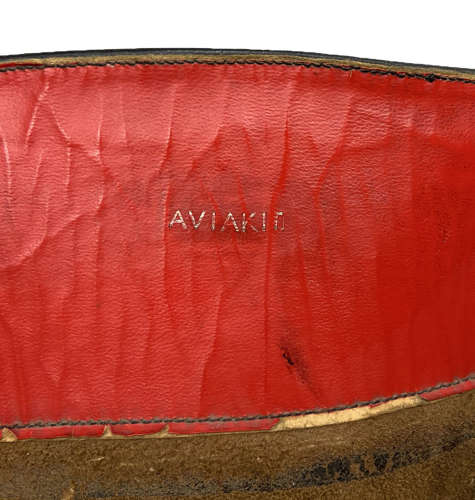 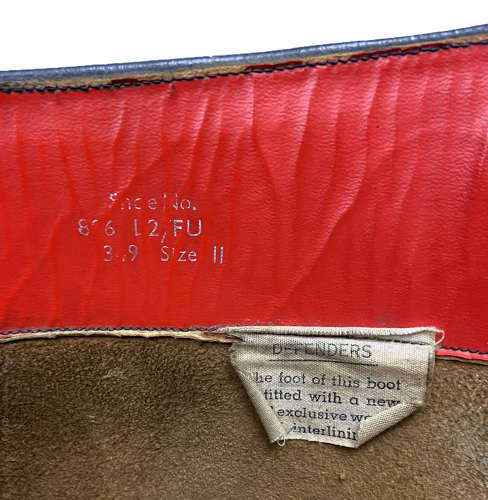 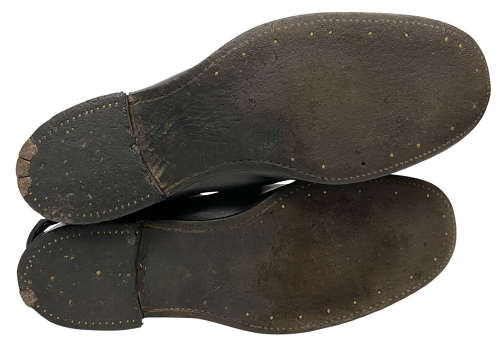 An original pair of Lewis Leathers Aviakit motorcycle boots dating from the 1950s and in good condition.

These boots were extremely popular in the post-war period with motorcyclists. They became synonymous with the Ton-Up boys and Rockers of the 1950s and 1960s and are now considered an iconic item in British subculture. Motorcycles and motorcycle clothing were available on 'hire-purchase' during this period meaning that many young people could now afford high quality items which they would never have been able to buy outright. Lewis Leathers were established well before the Second World War and became one of the most popular brands for motorcyclists in the post-war period.

The boots are made from black leather and feature a leather sole. The rear of the boots feature 'Lightning' zippers which date the boots to the 1950s. A strap is fitted around the top rear portion of the boots and another at the ankle, both of which fasten with black painted metal buckles.

Inside the boots a section of red leather is present - a color scheme synonymous with Lewis Leathers. To this the name 'Aviakit' is present as is the size of 11.

A fine pair of vintage boots which pre-date most others offered on the market today.