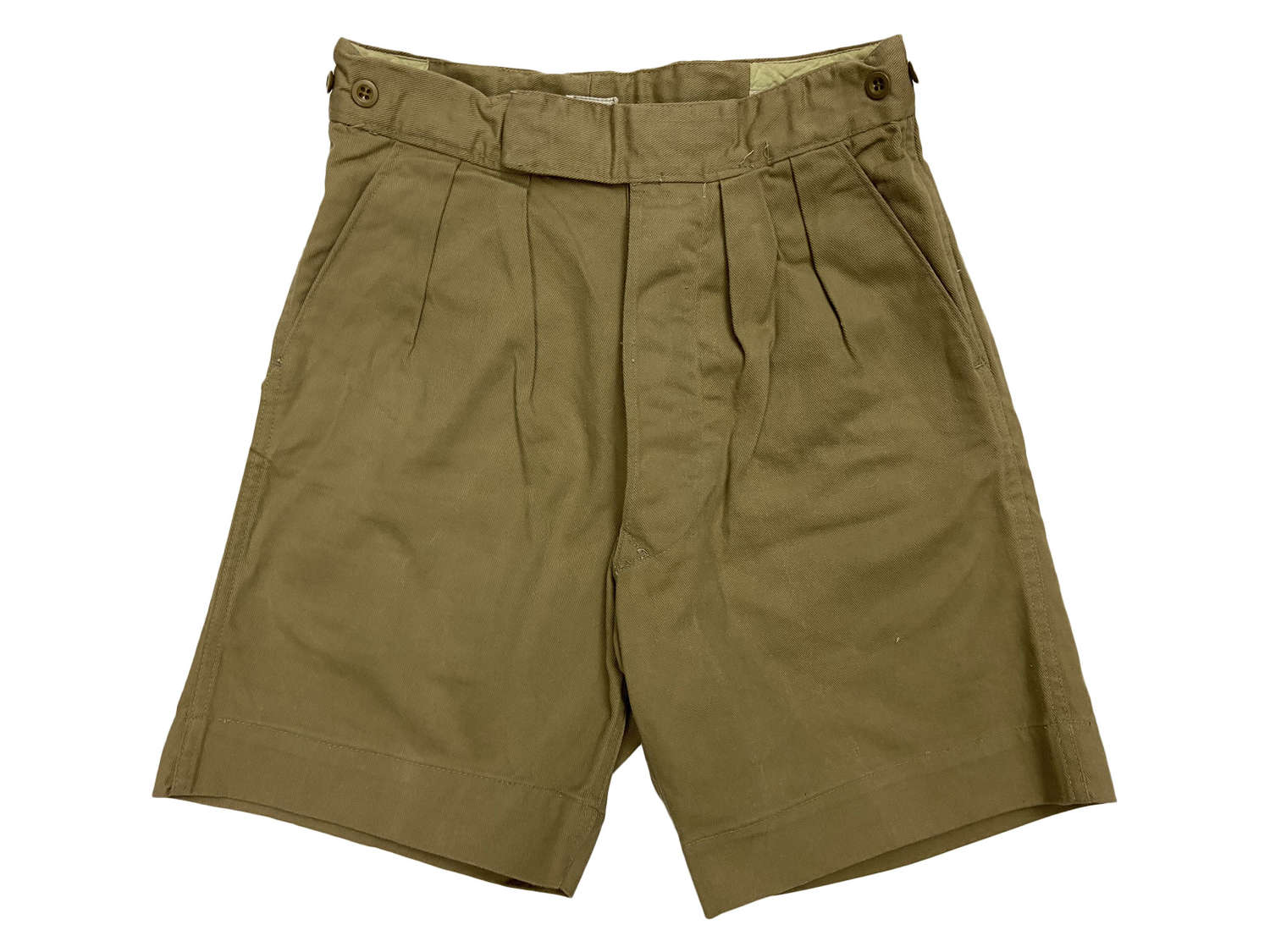 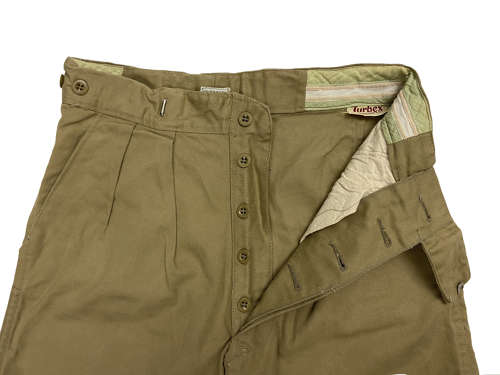 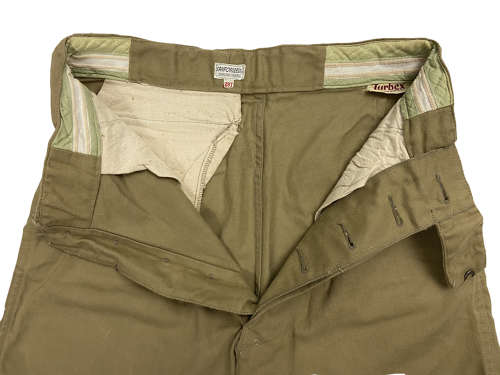 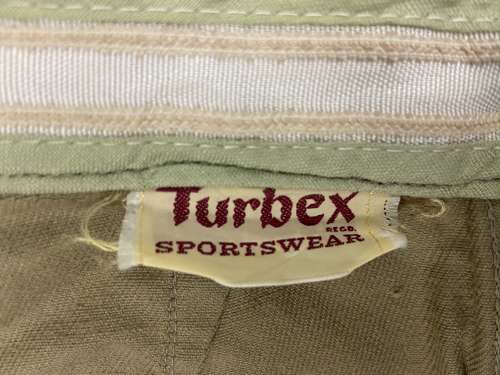 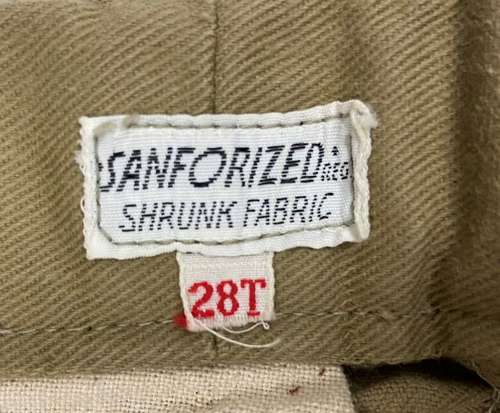 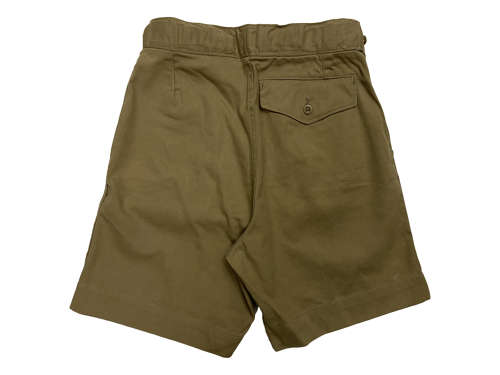 An original pair of khaki drill shorts made by 'Turbex' in the 1950s.

These shorts are similar to those worn by the British military in the 1940s and 1950s but are a civilian item. This style of shorts was very popular during the summer as a casual item and can be seen in many pictures from the period. Like their military counterparts they are made from a khaki coloured cotton drill which was chosen for its hard wearing qualities. They have a number of features which are typical of British menswear pieces of the period including angled slash pocket and a pleated front, a button fly and waist adjusters. The interior of the waistband features  a special lining designed to grip the wear which is again common to found on trousers and shorts made in this period.

Inside the shorts there are two labels. The first bears the maker's name of 'Turbex Regd Sportswear' whilst the second reads 'Sanforized Regd Shrunk Fabric' which is commonly found on items of this period. Below the second label is a small size tag which reads '28T'. When laid flat the shorts measure -

As can be seen in the pictures the shorts are in good condition and still very wearable. They are a vintage item so may have small issues commensurate with age but overall they display well.

A nice original pair of mid-century shorts with a great label.