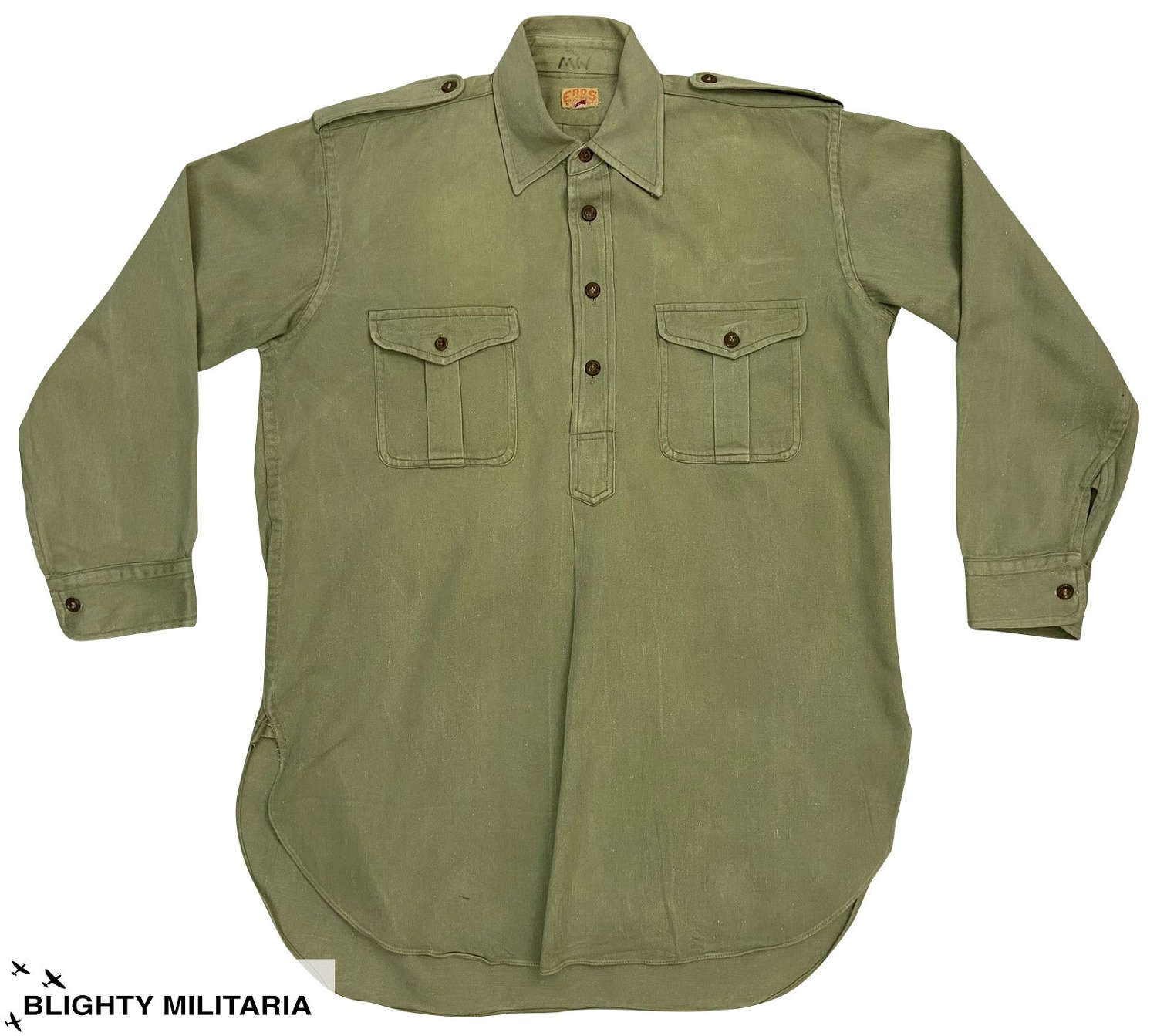 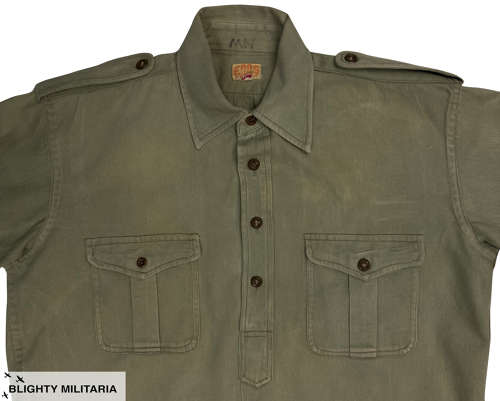 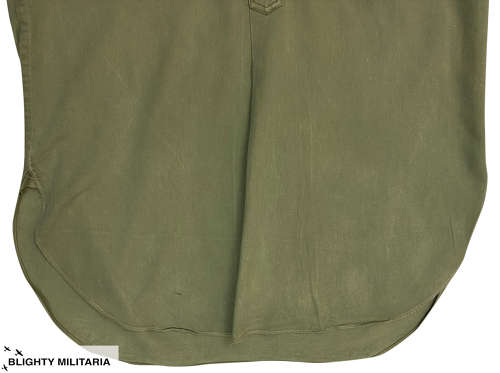 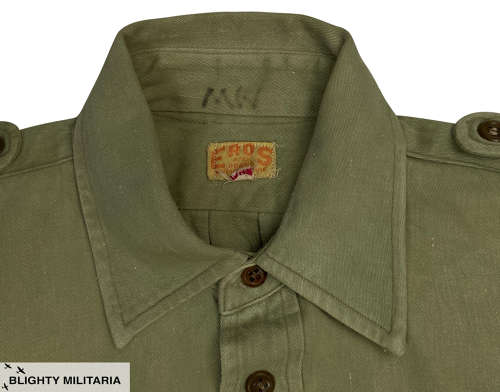 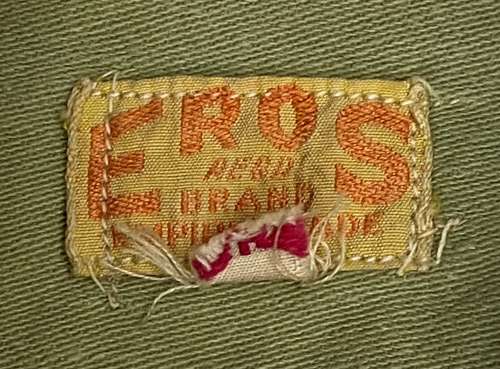 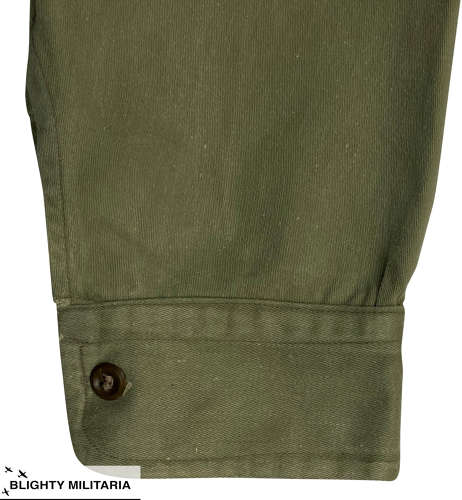 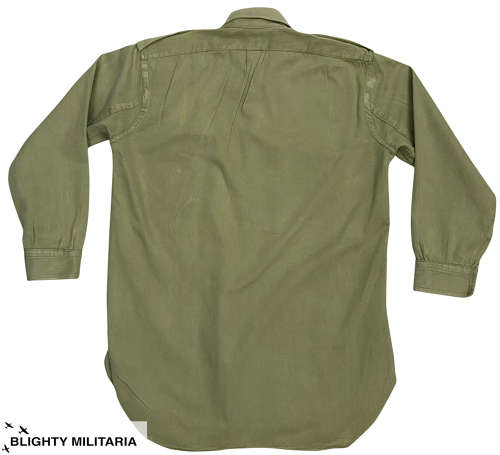 An original british khaki coloured cotton shirt made by 'Eros' in the 1950s.

This shirt is typical of British shirts from the 1950s in many ways. It features a half-placket front, sometimes referred to as a 'tunic' front, which is pulled on over the wearer's head. This style of shirt became less popular with the introduction of full button front shirts which were becoming highly popular by the 1960s. The collar is a simple shape which is slightly cut-away, which is again typical of the 1950s. Patch pockets are located to the front of the shirt and green plastic buttons are fitted throughout and are of the same style used on British military shirts during the same period. Epaulettes are also fitted to the shirt which give it a military appearance.

Inside the collar of the shirt the original label is still present and bears the maker's name of 'Eros' below which are the words 'Empire made'. A smaller label is found below this and bears the number '15' which relates to the size of the collar.

The shirt is in good condition with various signs of wear and age. There is some limited staining and discolouration as can be seen in the pictures but overall it displays well and is still very wearable. Please take time to study the pictures and bear in mind that this is a pre-owned vintage item.

A very nice shirt from the post-war period, complete with a great label!