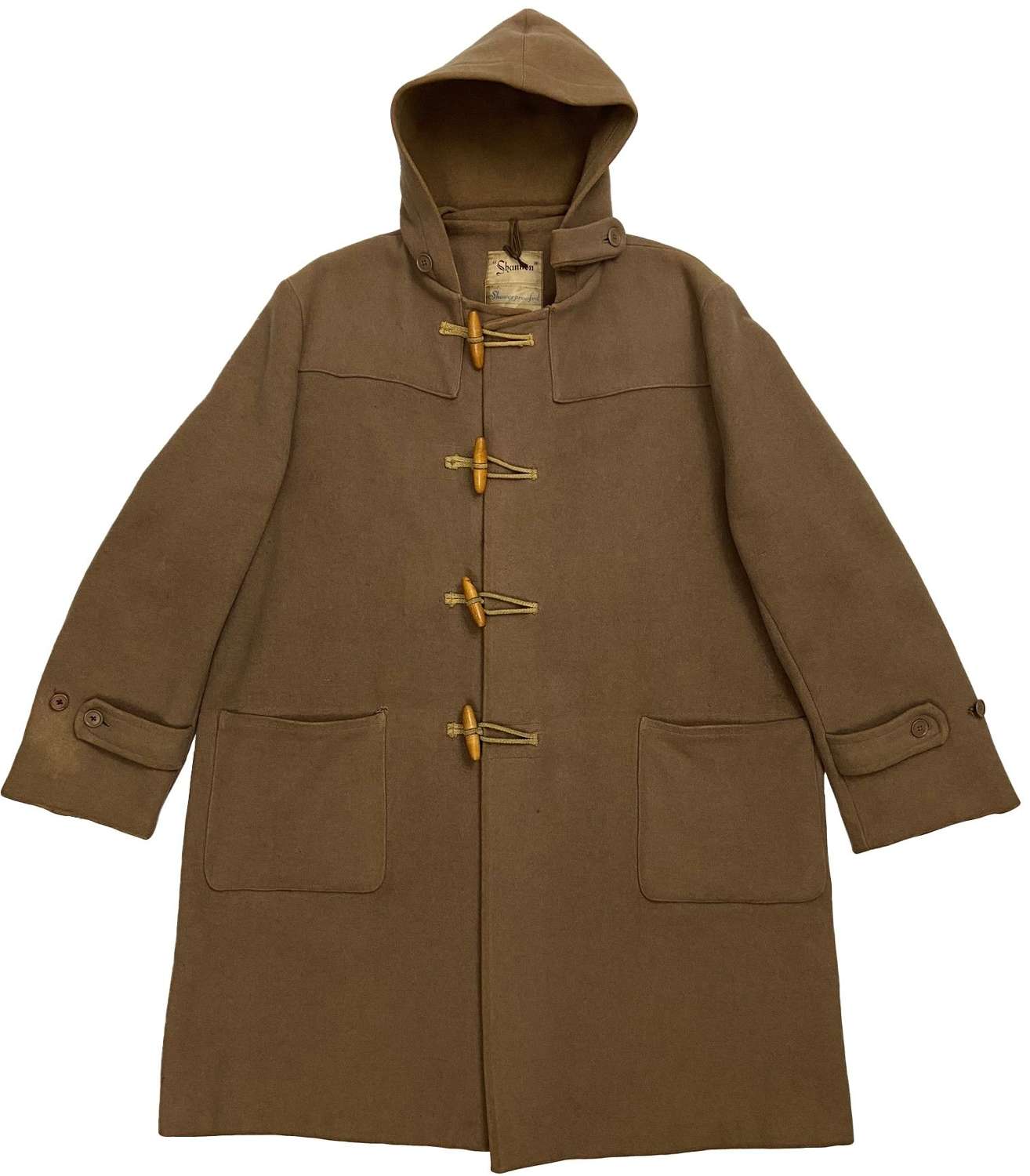 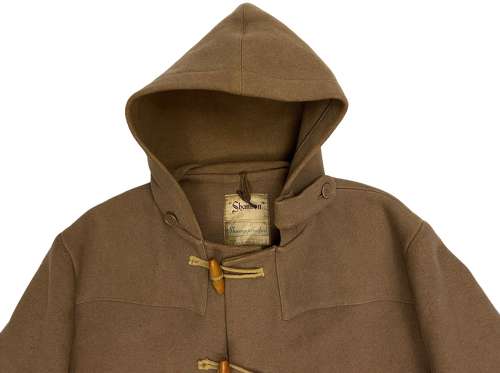 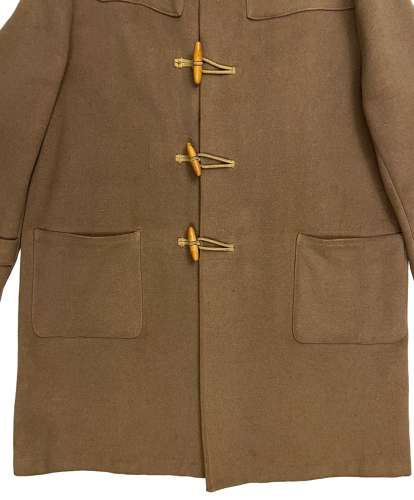 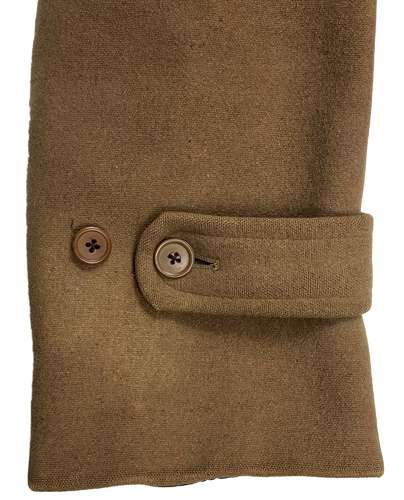 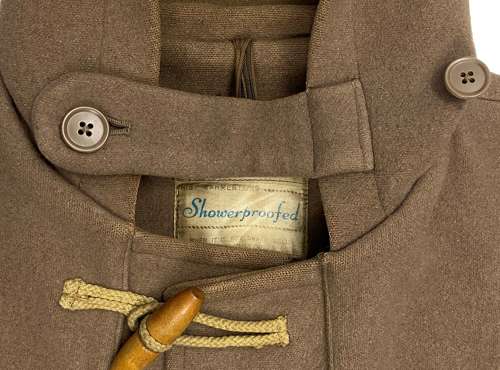 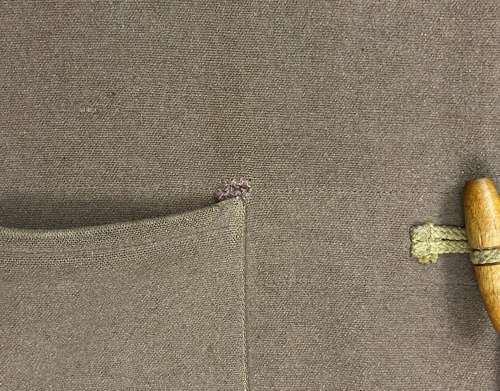 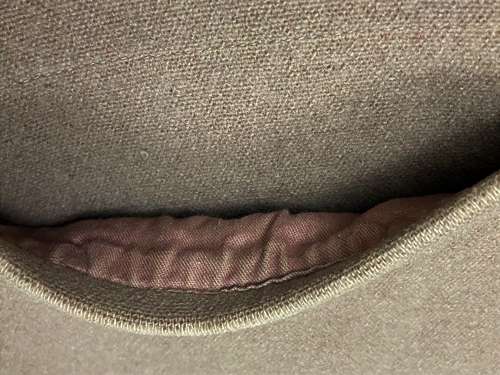 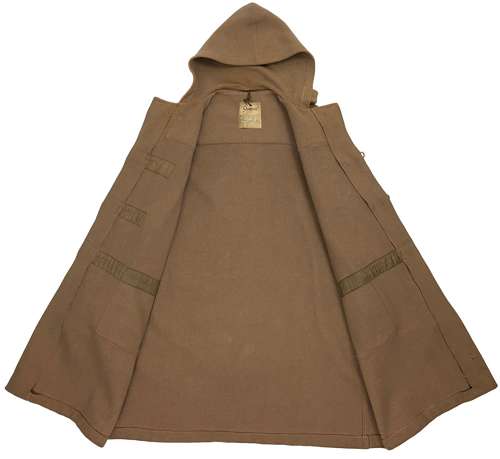 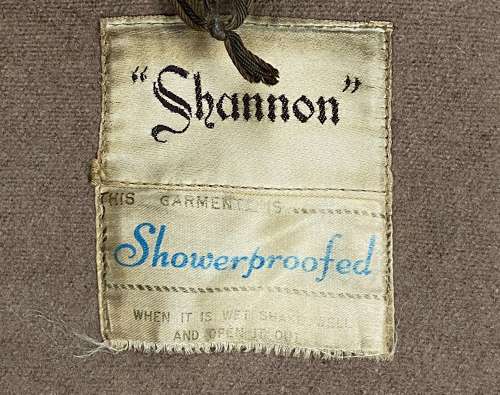 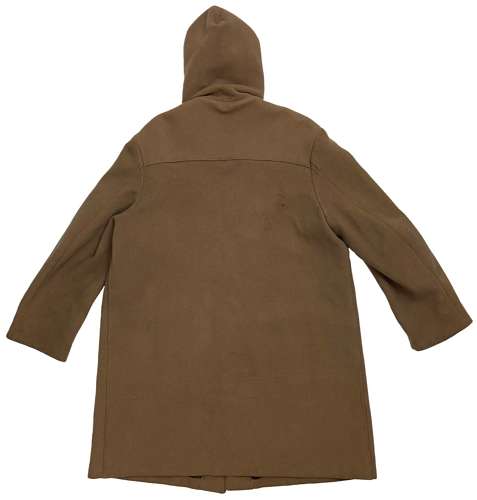 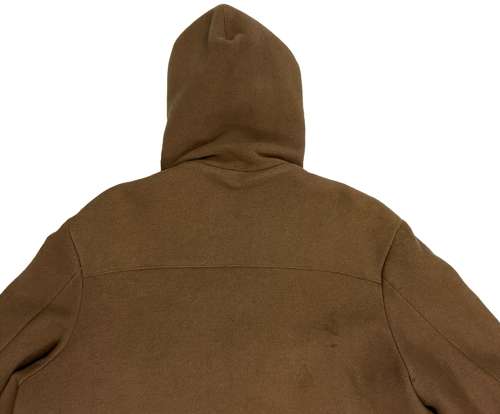 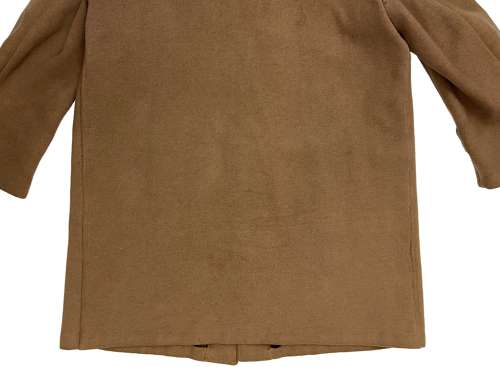 An original duffle coat made by 'Shannon' in the 1950s.

This style of coat was first used by the Royal Navy during the Second World War. The design was extremely popular leading to them becoming a fashionable coat in the post-war years with civilians. Whilst some people bought ex-military examples from army surplus or similar, many bought them new from private manufacturers. This example is the latter and is typical of those made in the 1950s.

Like its military counterpart the coat is made from a thick, heavy camel hair wool which is very warm. The coat fastens with four wooden toggles to the front and features tabs which fasten at the wrists. There is also a hood and two large patch pockets are located at the front of the coat and a throat latch is also present. The design is extremely close to the military examples it is based on.

Inside the coat the original label is still present and states the manufacturer's name as 'Shannon'. The label also bears the words 'Showerproofed' which is often found on outerwear made during this decade.

The coat is in good condition and is still very wearable. There is limited staining and various signs of wear including a small hole to the corner of one of the patch pockets. Please study the pictures before purchasing and bear in mind that this is a vintage, pre-worn coat.