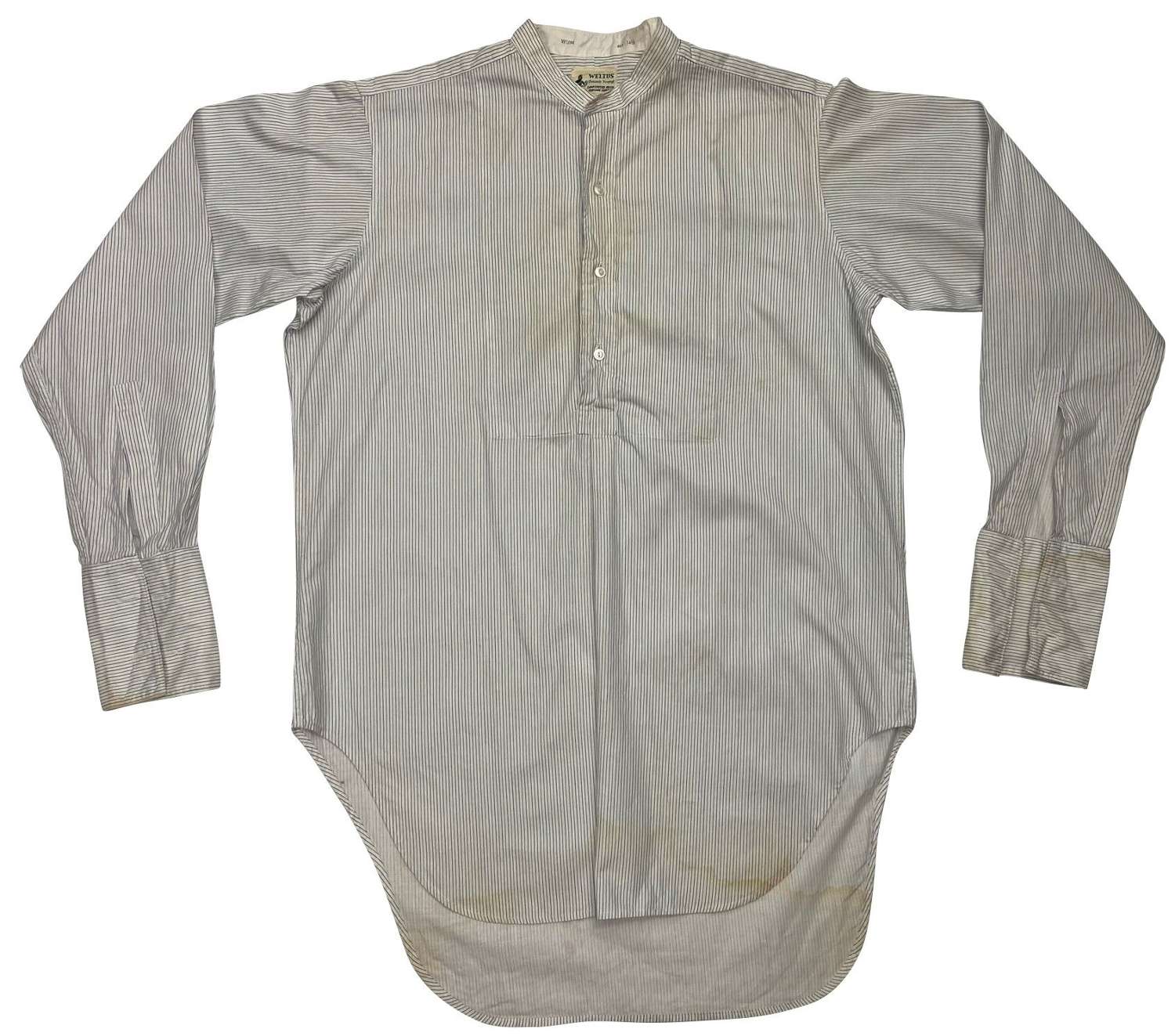 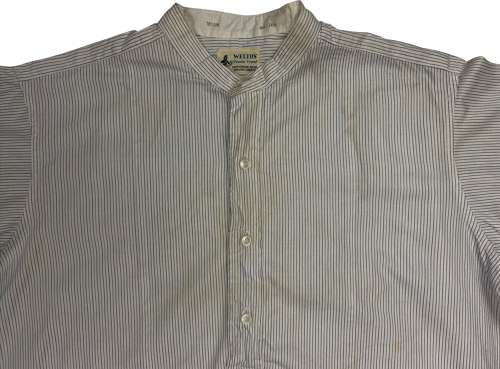 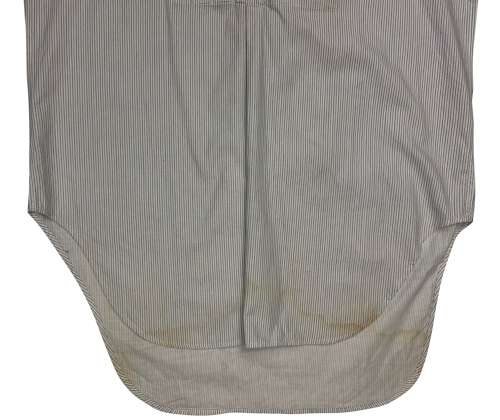 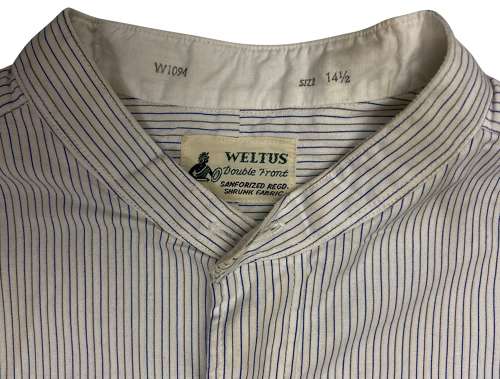 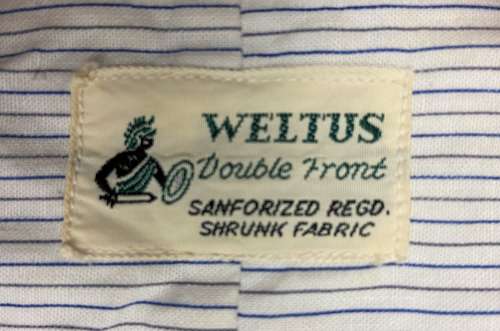 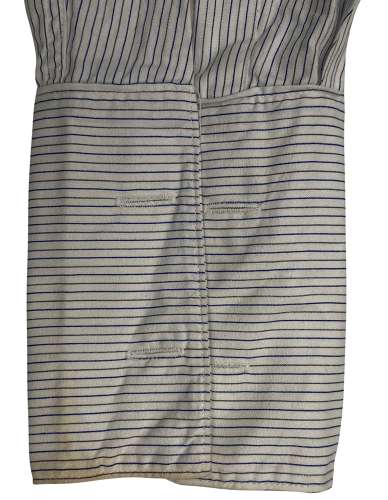 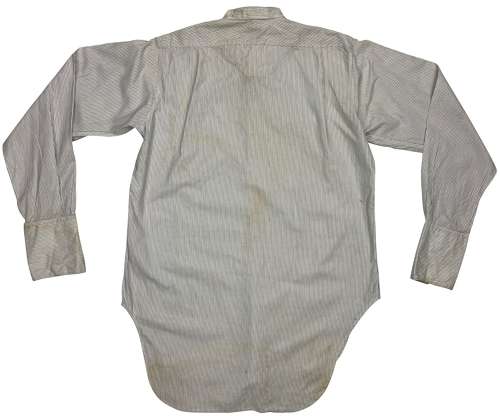 The shirt is made from a lightweight cotton which is white with a blue and green needle stripe. It features a 'double front', sometimes called a bib front and can be seen on the chest.

Inside the shirt the original label is still present and features typically 1950s graphics. It states the maker as 'Weltus' and the also reads 'Sanforized Regd Shrunk Fabric'. Above this and printed directly onto the neckband, the number '14 1/2' can be seen and denotes the collar size. When laid flat the shirt measures -

It is important to state the sleeve measurement includes the double cuff. When worn turned back with cufflinks the measurement will be approximately 2 1/2" less than stated.

The shirt is in good condition with some staining as is shown in the pictures. It is still very wearable but please bear in mind that this is a pre-worn, vintage shirt which may have other small issues consummate with age.