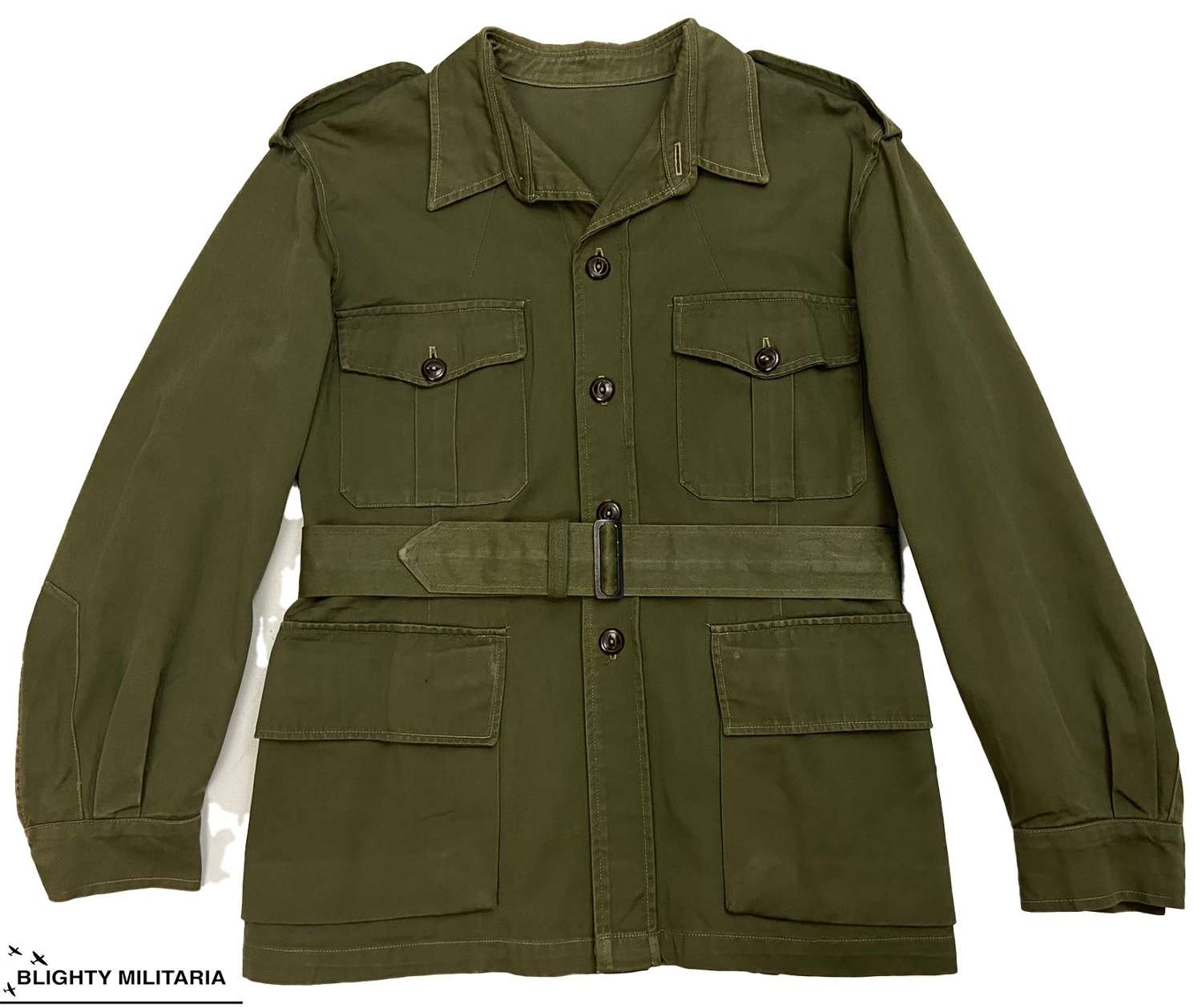 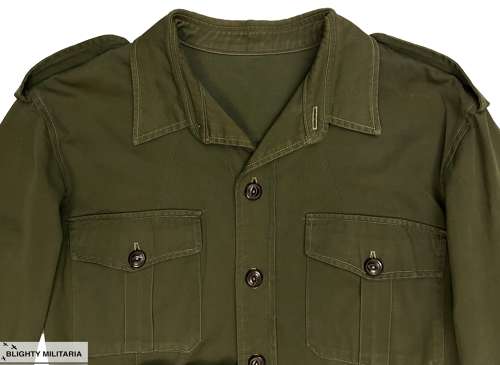 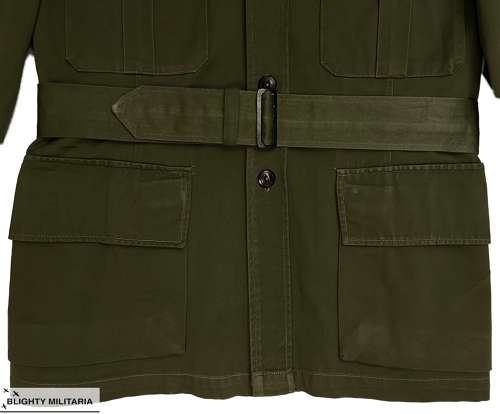 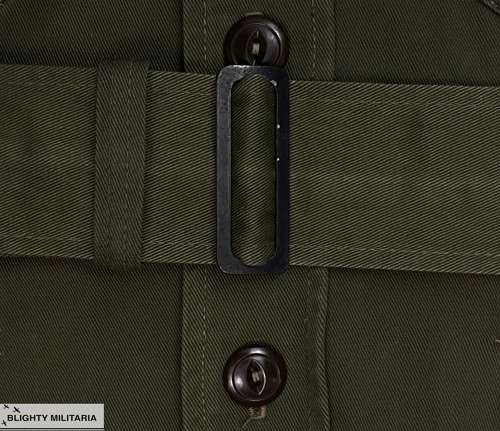 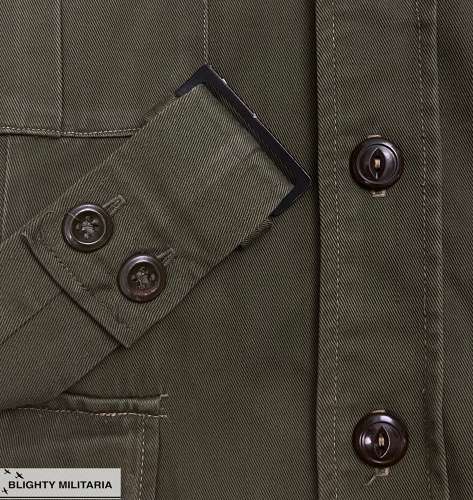 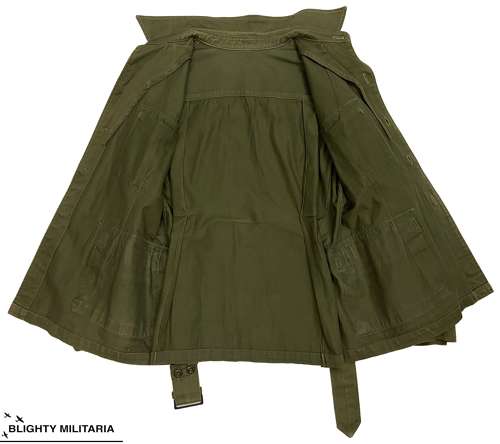 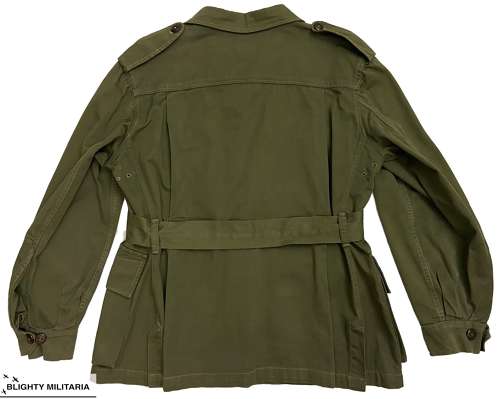 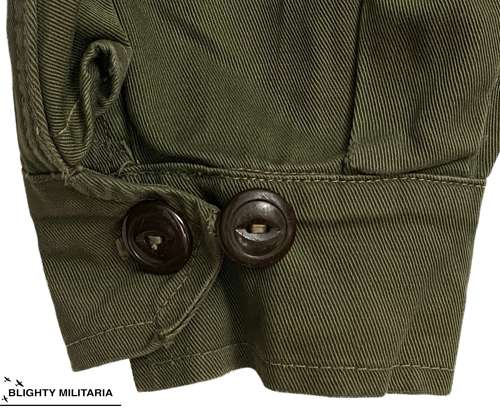 An original Canadian Army Bush Jacket dating from the 1950s and in good condition.

This style of bush jacket was very popular with a variety of armies during the mid Century period. This style was first used by the British Army during the Second World War and was adopted by other countries during the Post War period. This example is made from a green coloured cotton drill material and features a four button front. In typical bush jacket style it features pleated chest pockets and lower bellows pockets along with a waist belt which features a metal buckle. The buckle is held in place with two brown coloured plastic buttons allowing it to be removed for washing purposes. All the other buttons are brown plastic which are typical of Canadian items from this period.

The jacket is in nice condition as can be seen in the pictures. It is still very wearable and does not show any signs of previous wear or use. Overall it displays very well but please bear in mind that this is a vintage jacket which may have small issues commensurate with age.

A nice original 1950s bush jacket with some great details.