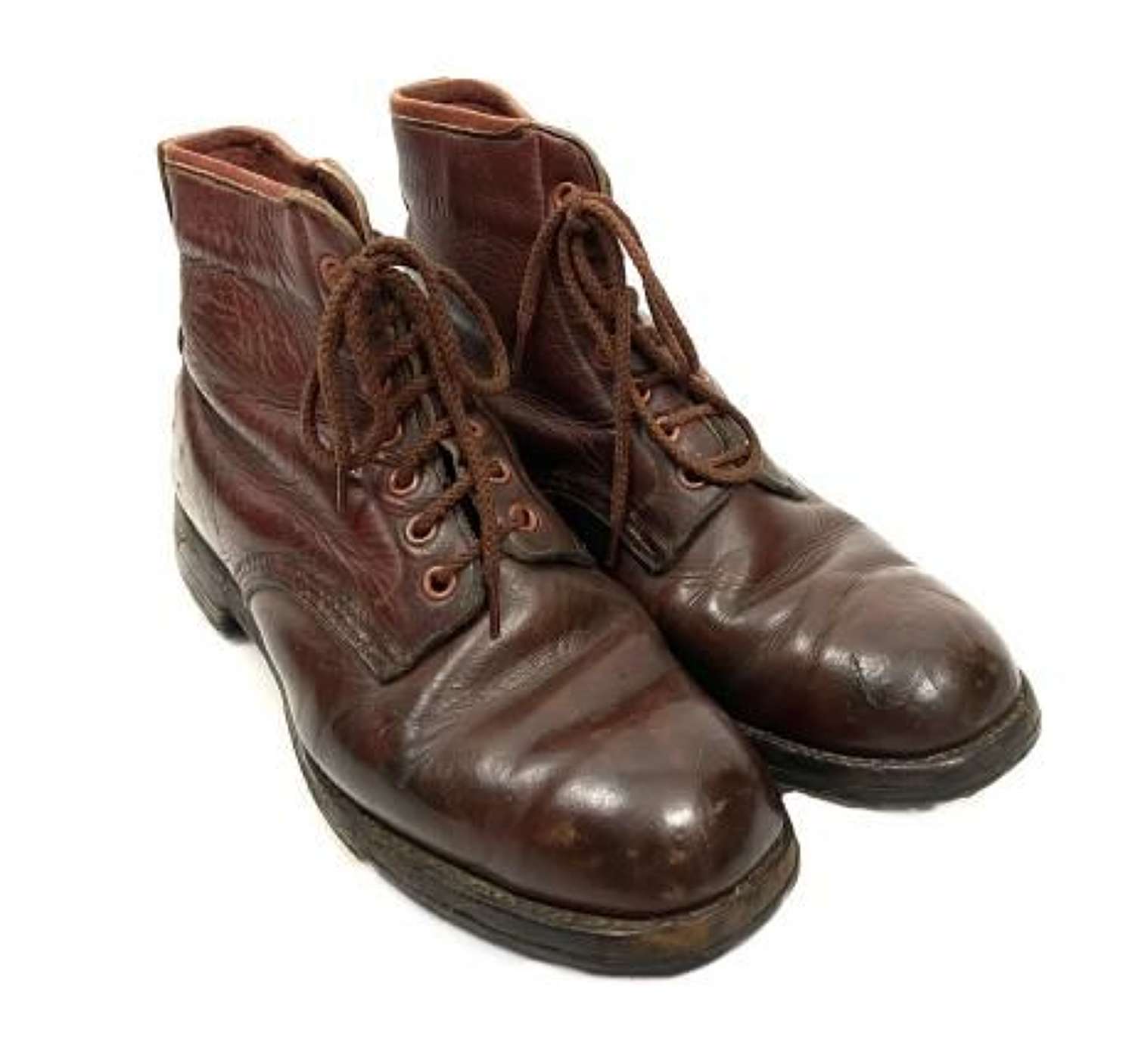 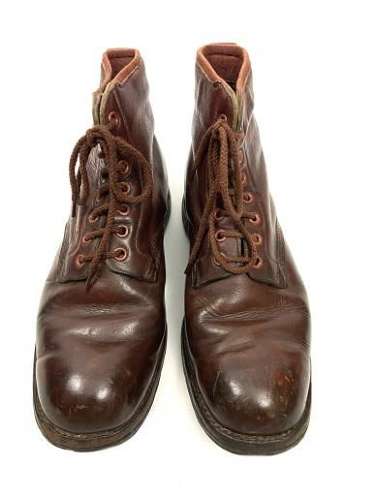 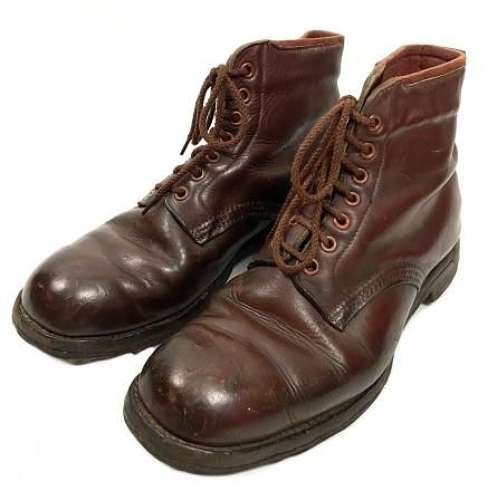 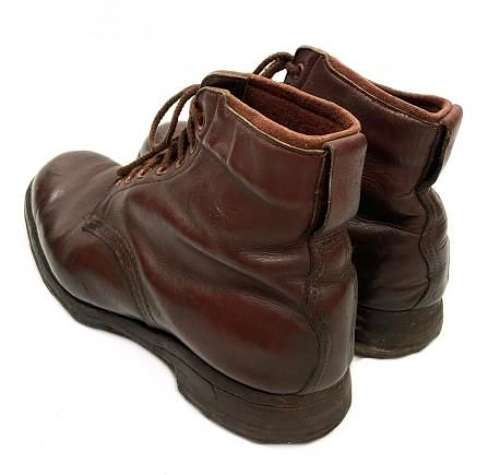 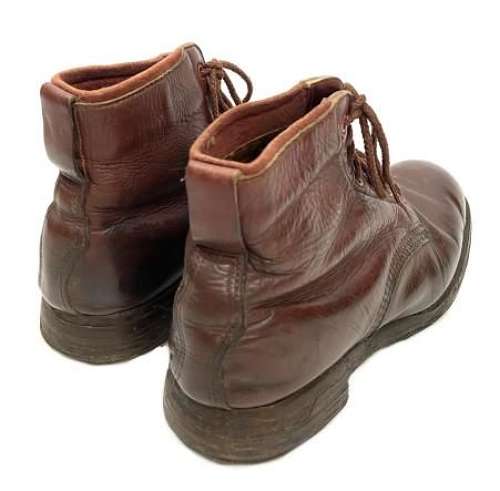 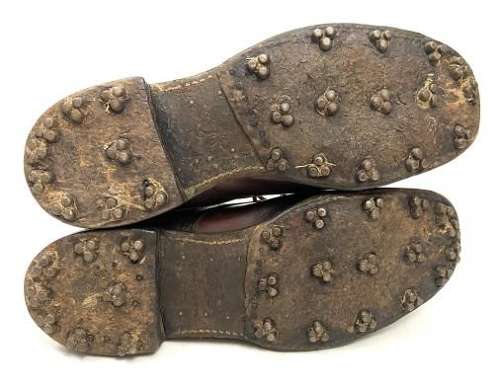 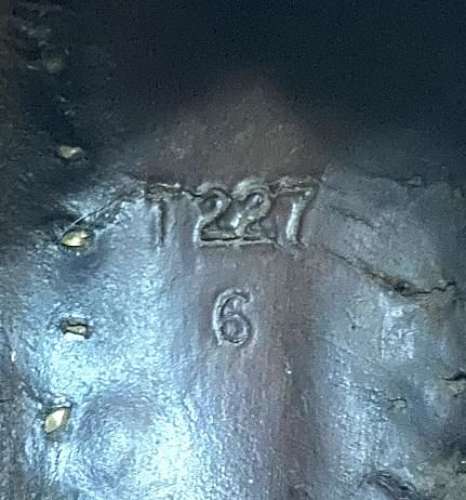 SOLD
An original pair of 1950s men's Brown ankle boots, most likely made in Northampton in the 1950s.

This style of ankle boot was popular in the first half of the 20th Century and were worn by officers of the British Army and by civilians alike. This particular pair most likely date from the 1950s but could potentially pass as earlier.

The boots are made from a Brown leather and feature six eyelets which are fitted with new old stock period style laces. The soles and heels are also leather and are fitted with triple cleat studs as were often used on walking boots or officers field boots.

Inside the boots there are some markings to the insole which suggest they were made in Northampton which was the heart of British boot making during first half of the 20th Century. The uppermost stamp reads 'T227' which most likely relates to the style of boot. Below this is the size stamp which reads 6.

The boots are in reasonable condition for their age and display well. They show signs of age and use and may well be wearable although no guarantee of this is given.

All in all a nice pair of period boots!