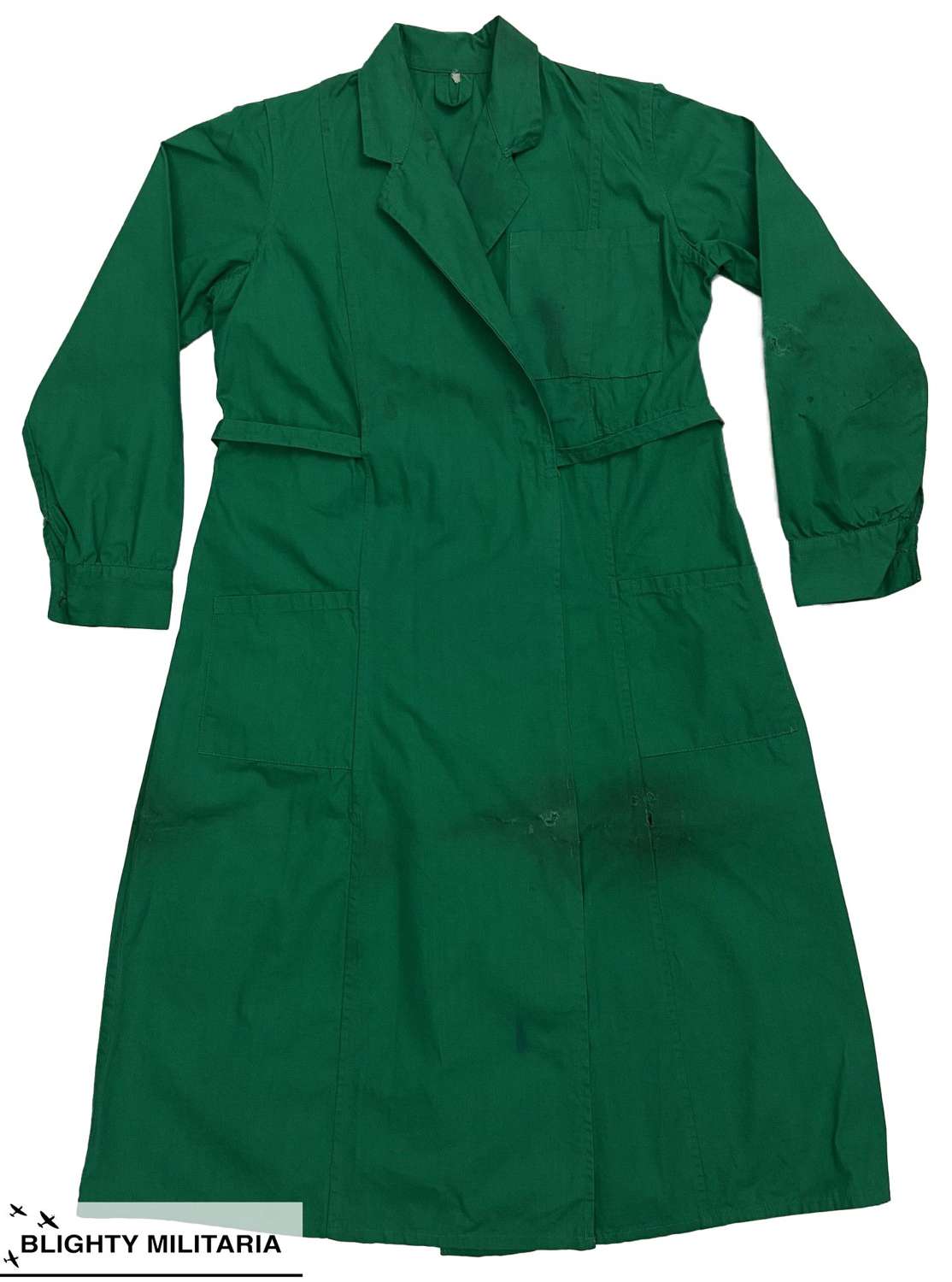 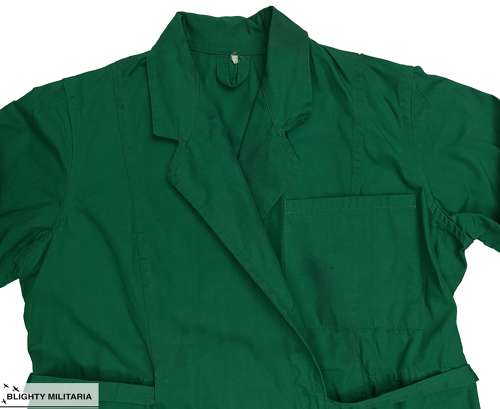 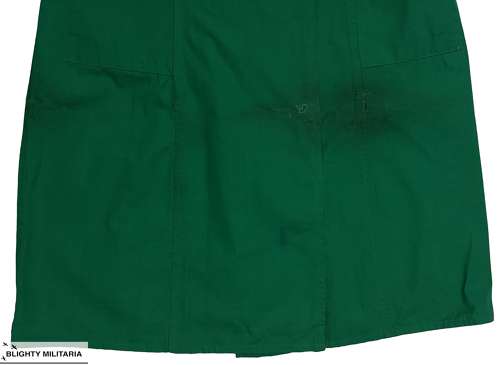 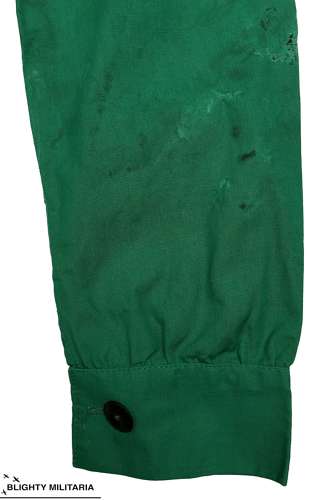 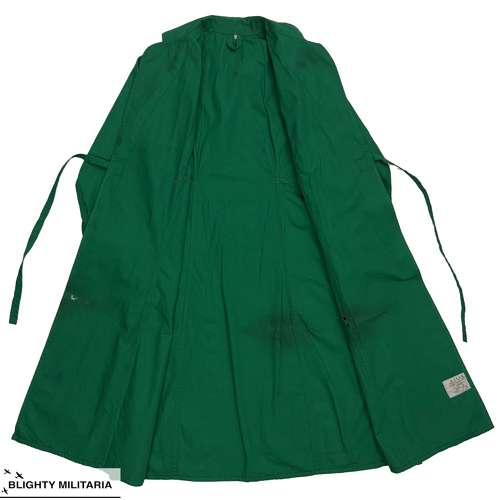 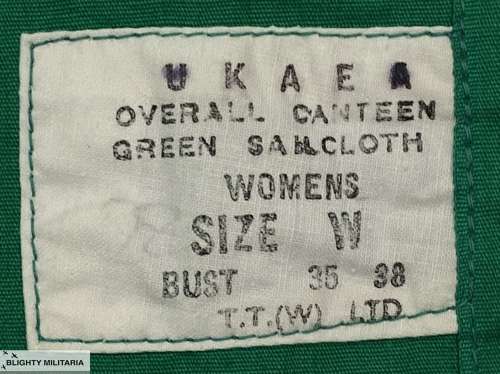 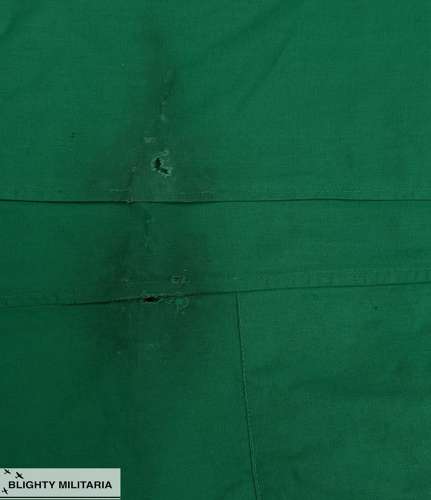 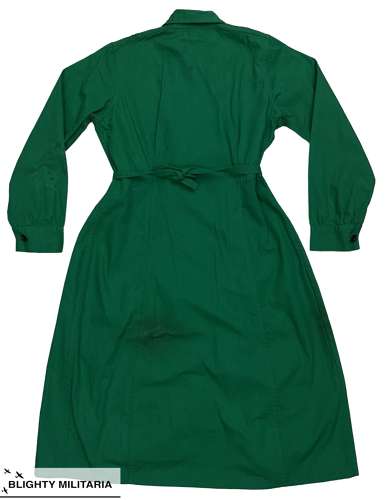 This workwear wrap is vey similar in coloured and designed to those used by the WVS during the Second World War and into the 1950s. It is made from a sea green coloured sanforized cotton and features a wrap-over front which fastens with two belts at the back, after passing across the front. Three patch pockets are fitted to the front and there is a barrel cuff at the end of each sleeve which fastens with removable revolving shank buttons.

Inside the dress the original label is still present and bears the title of 'UKAEA Overall Canteen Green' along with the size of 'W Bust 35 38' and the manufacturer's initials of 'T. T. (W) Ltd'.

When laid flat the garment measures -

The overalls are in well worn condition with some holes and staining as detailed in the pictures. They are still wearable but please take time to study the pictures before purchasing.

A great piece of British workwear from the 1950s!