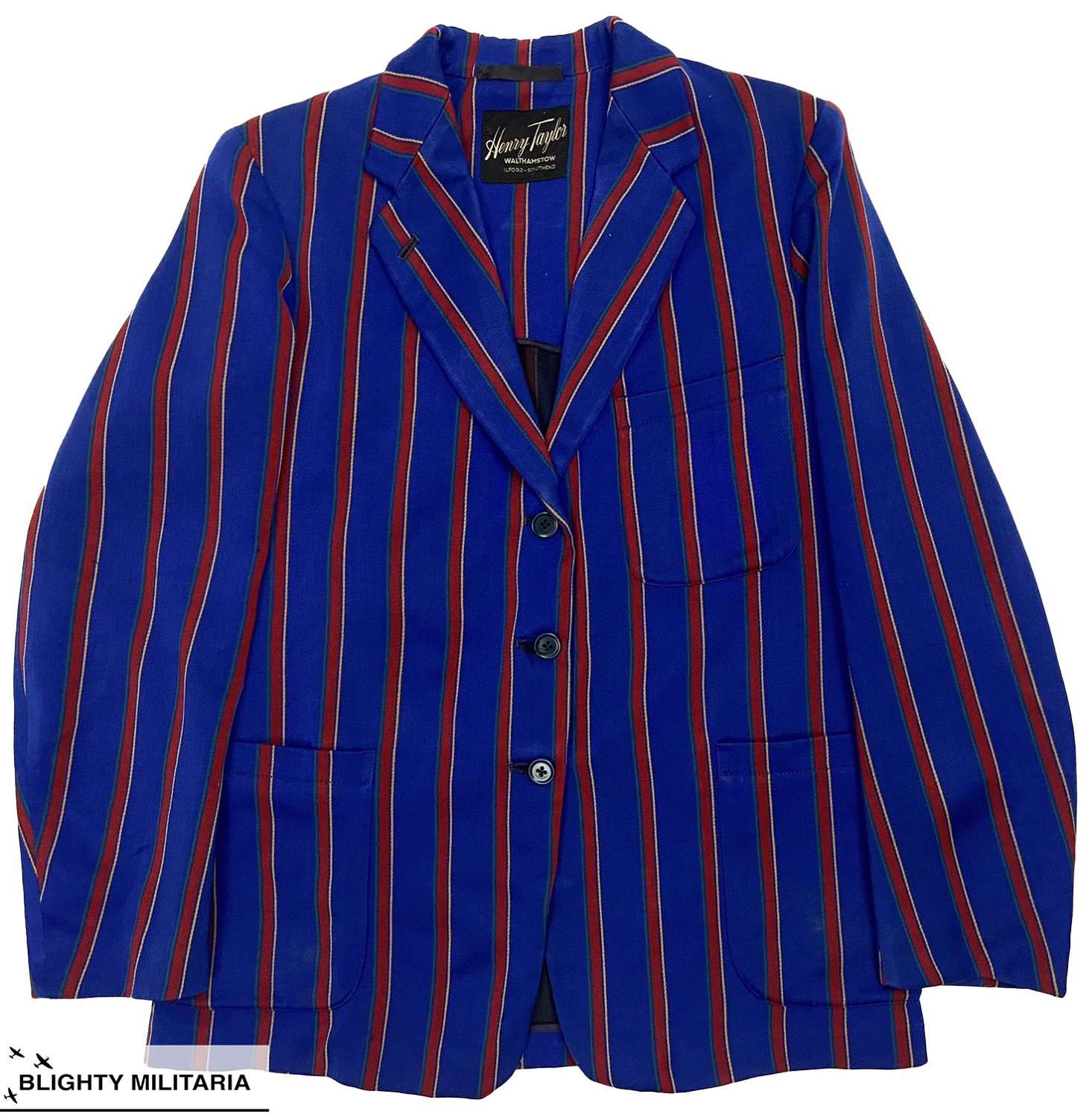 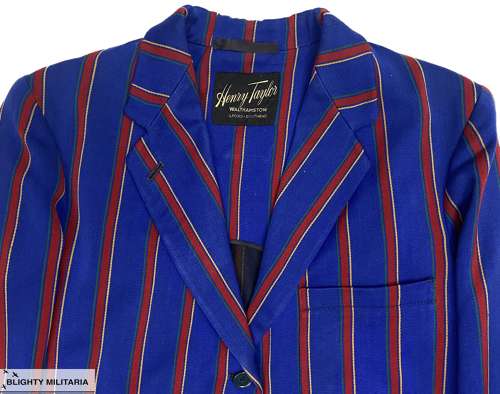 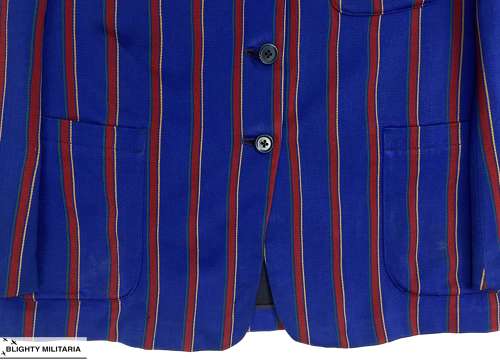 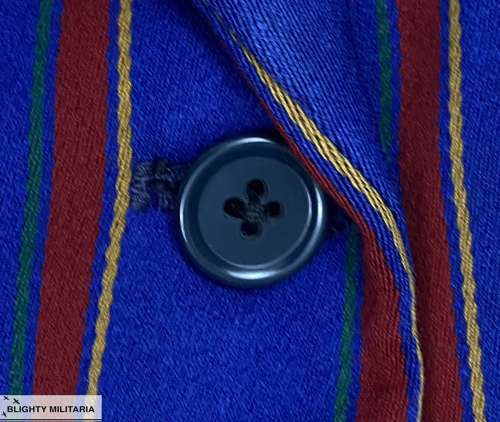 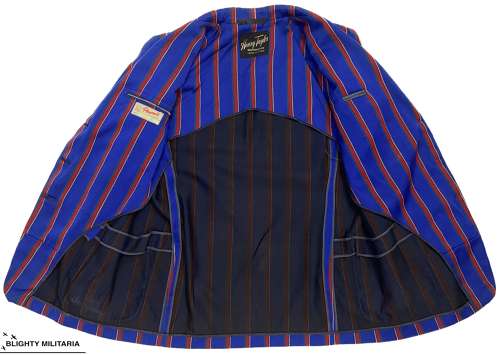 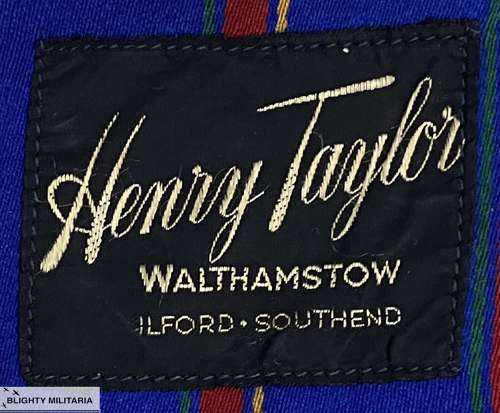 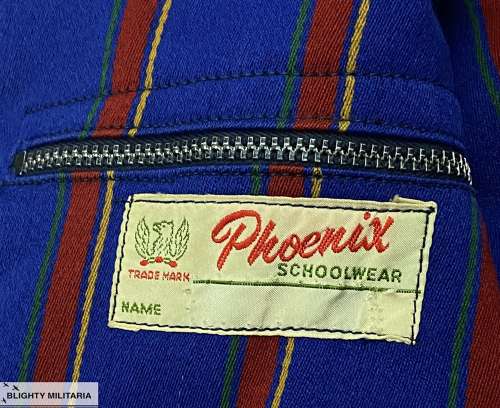 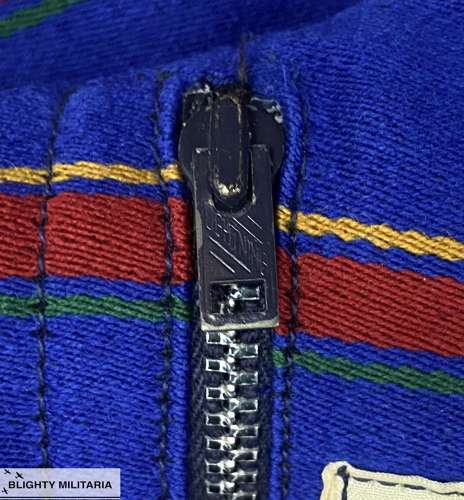 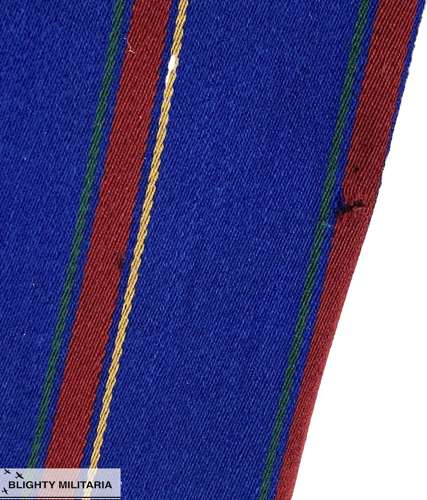 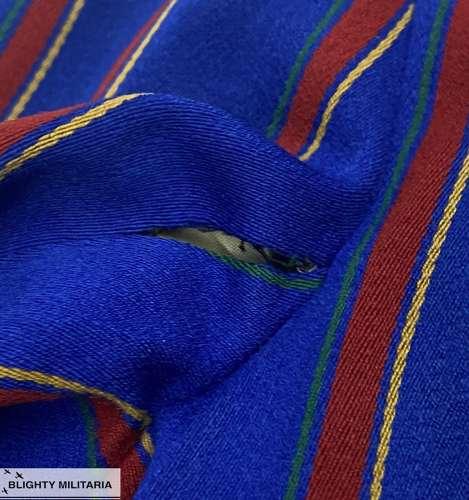 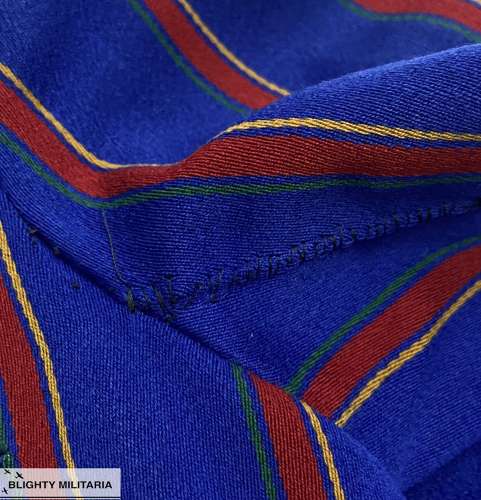 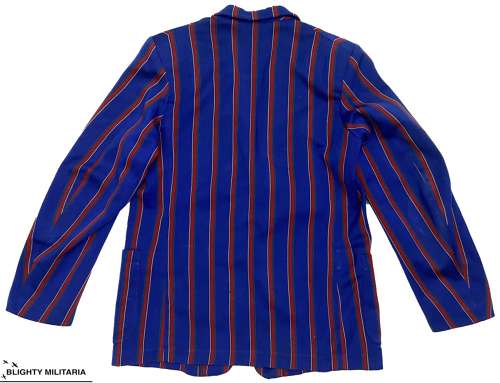 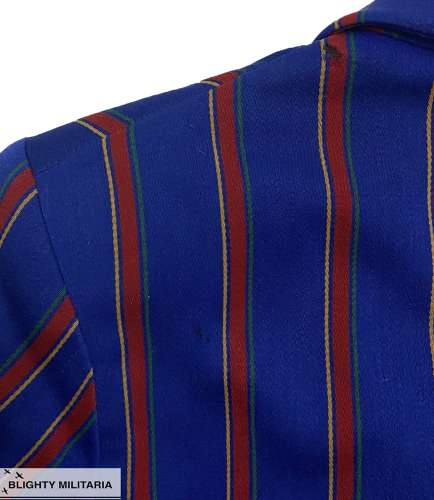 An original British striped blazer dating from the 1950s and in a bold red and blue colourway.

The jacket is made from a royal blue coloured wool and features a striking red with golden border stripe pattern. It has a single breasted three button front which fastens with plastic buttons which are marked. The jacket features a pronounced notch lapel and no rear vents which is typical of 1930s - 1950s jackets. Three patch pockets are fitted to the front of the jacket as is commonly found with this style.

The jacket is partly lined as is common with this style. The original label is present to the neck and bears the maker's name of 'Henry Taylor' along with the place names Walthamstow, Iflord and Southend. Above the label the original hanging loop is still present at the neck.

The jacket is in reasonable condition and displays well although it does have some flaws which are detailed in the pictures. There are a couple of nicks to the sleeves and some stitching has pulled under each arm. Please study the pictures and bear in mind that this is a vintage item with flaws commensurate with age and wear.

A striking original 1950s jacket which would make a great addition to any wardrobe or collection!