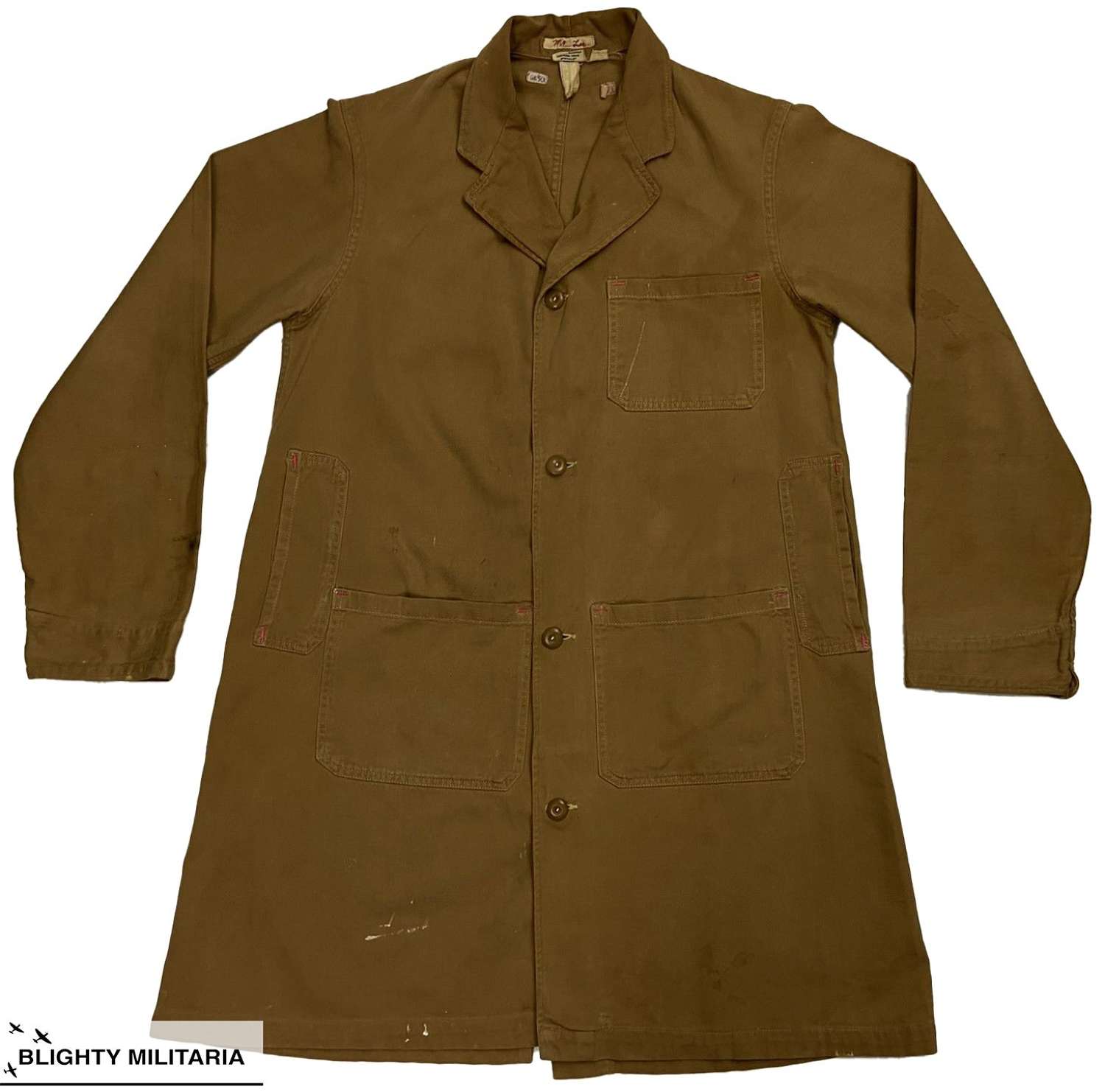 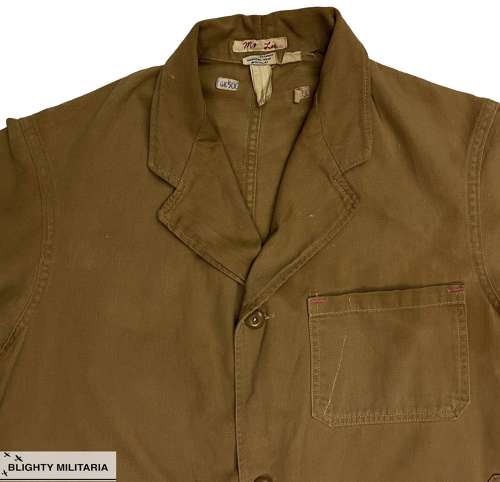 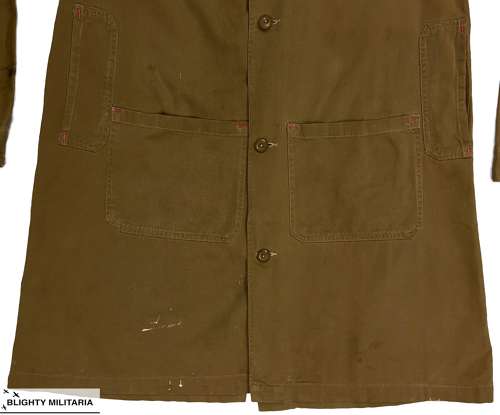 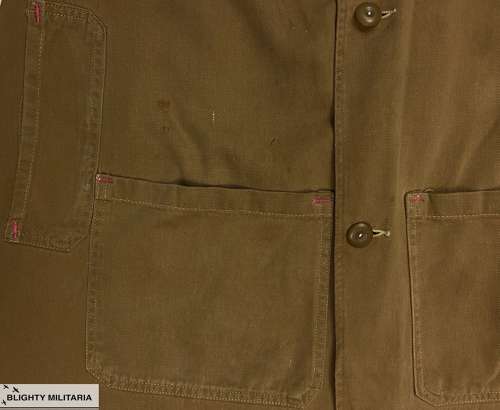 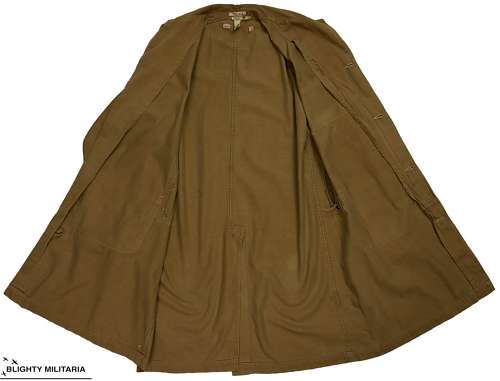 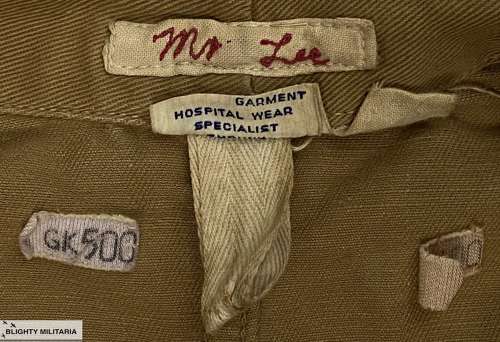 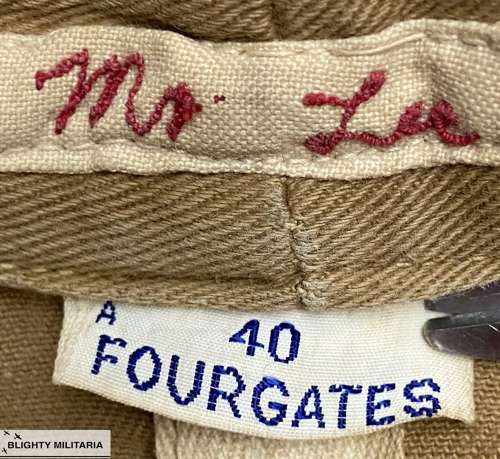 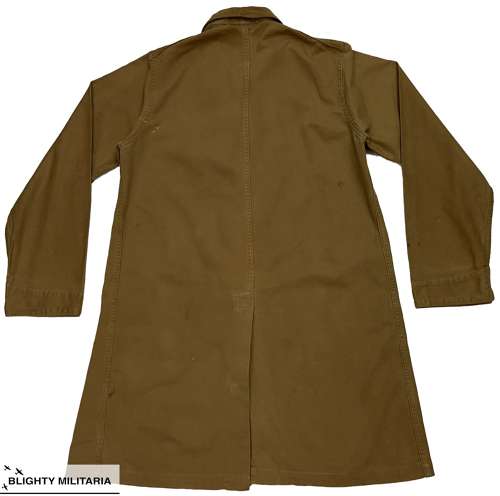 An original British 'stores' coat made by 'Fourgates' in the 1950s.

This style of coat was very popular from the pre war period through to the 1970s and were a common sight in England. These work coats were worn by shopkeepers, store keepers and many other people. They were designed to keep the wearer's clothes clean without having to wear a full set of overalls.

Made from a khaki coloured cotton drill the coat features a single breasted front which fastens with removable revolving shank buttons as were commonly used for workwear for many decades. The coat has some distinct earlier features such as the pronounced notch lapel and high button closure which sets the coat aside from later manufactured examples. It features three patch pockets to the front as well as two slash pockets at the hips which is a nice detail.

Inside the coat the original label is still present and bears the maker's name of 'A Fourgates Garment' as well as the size of 40. The original owner has added his name tag which reads 'Mr Lee' and there is a red embroidered piece which reads 'G. K. Hospital'.

The coat is in good condition overall with some signs of wear and use. Please study the pictures and bear in mind that this is a vintage, pre-worn item which has small issues commensurate with age.

A classic British work coat with a nice label and some excellent early details.