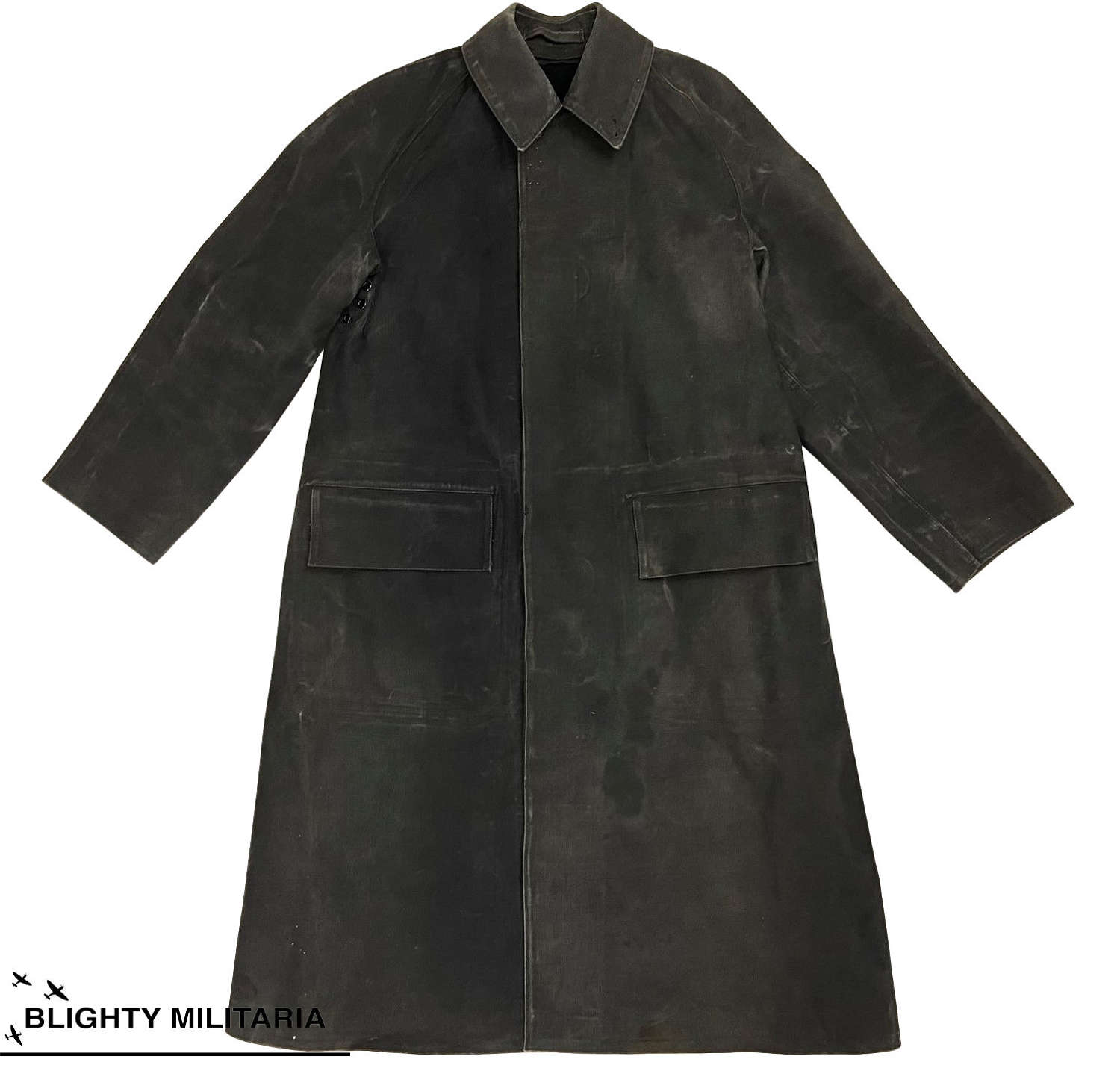 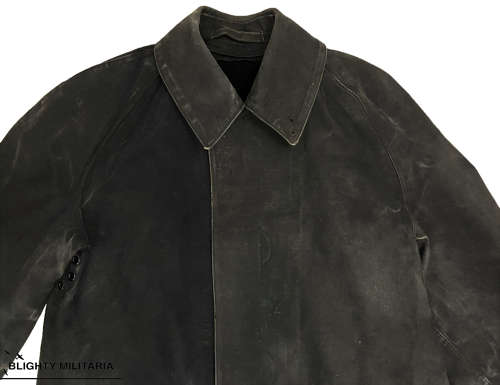 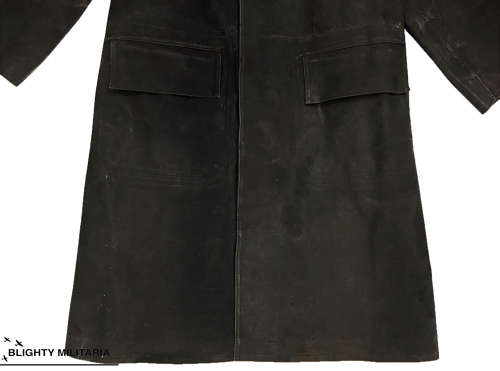 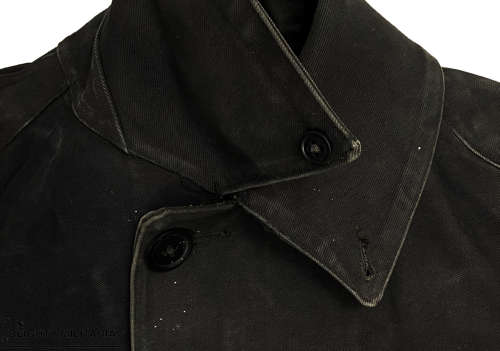 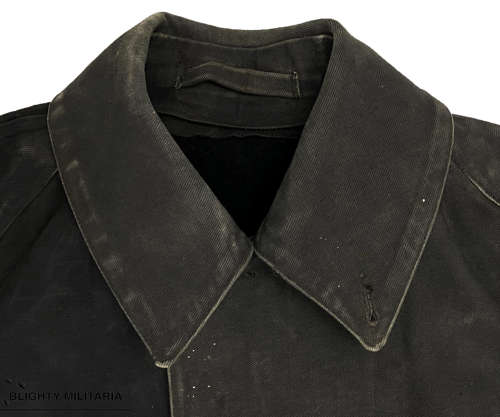 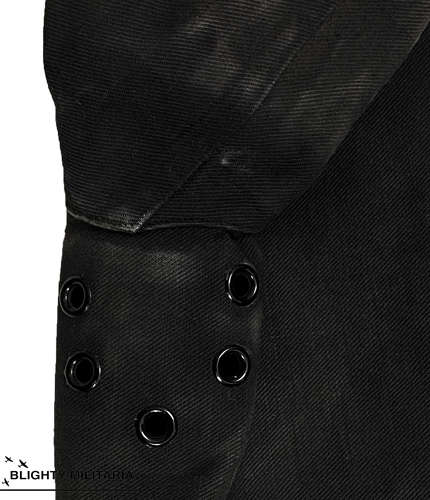 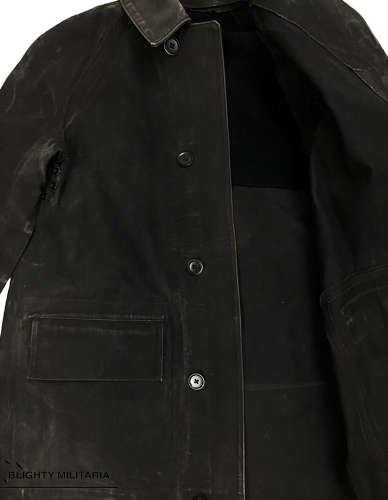 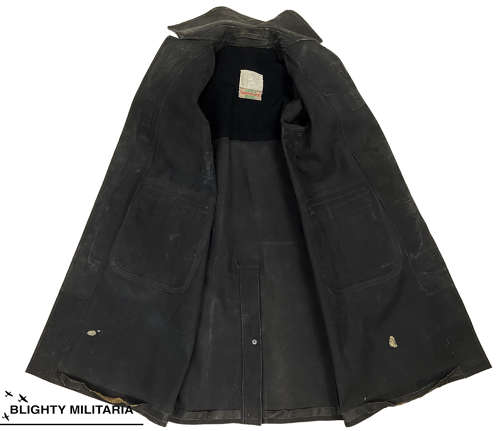 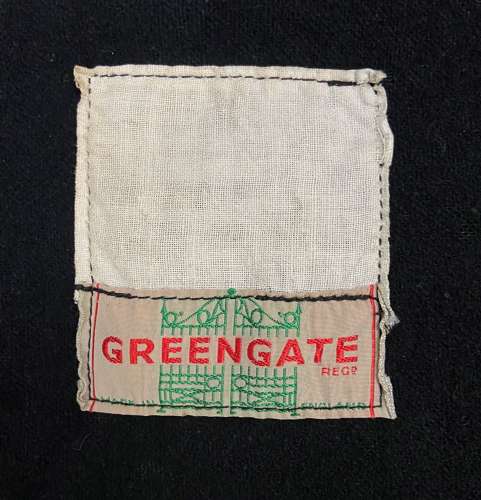 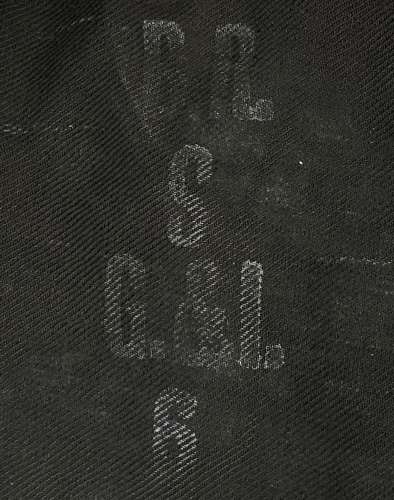 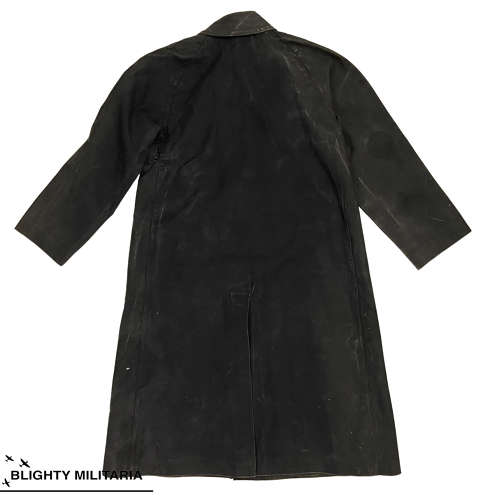 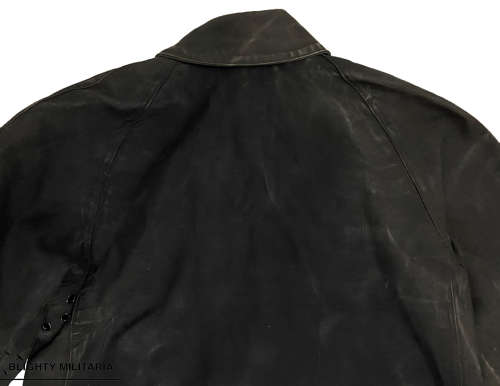 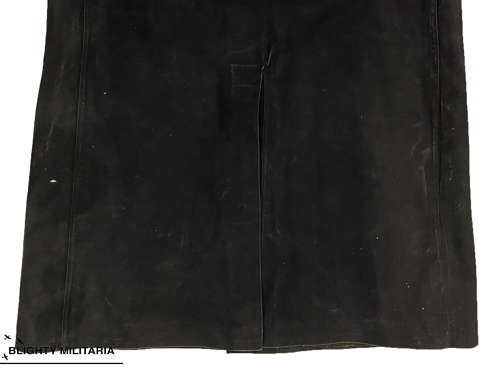 An original British Rail workers raincoat dating from the 1950s and made by 'Greengate'.

This coat would have originally been part of the uniform issued to a member of British Rail in the 1950s. Formed in 1948, British Rail employed a huge number of people all across the UK, many of whom had to work outdoors in all weathers. These raincoats would have been a common sight throughout the 1950s and 1960s and would have been indispensable to the original owners.

The coat is made from a charcoal grey coloured heavy duty cotton canvas which was used as a raincoat for many years due to its highly waterproof qualities. The design is similar to raincoats made for the civilian market as well as for the military during the 1930s, 1940s and 1950s. It features a single breasted front, stand and fall collar and flapped pockets to hips. The rear features a short vent which fastens with a single button and black painted metal eyelets are fitted to each armpit to allow for ventilation.

The interior of the coat features a partial serge wool lining to the top to which two labels are attached. The uppermost label has been washed out but the second label is bright and legible. It bears the title 'Greengate Regd' and features a graphic depicting a green gate. There is also a white stamp to the interior which bears the initials 'B. R.' for British Rail and the initials of the maker which read 'G. I.'.

The bottom edge of the interior of the coat features a binding which is gled along the seam and designed to keep water out. These have been partially removed creating a loop as the last owner wore the coat for fishing and used the loops to pass his legs through. I have left them this way as it is part of the history of the coat but they could easily be glued back.

The coat is designed to be worn as an outer layer and will suit around a 38-40" chest depending on desired fit. When laid flat it measures -

The coat is in good condition as can be seen in the pictures. It shows signs of wear and use but displays well and is certainly very wearable. Please study the pictures before purchasing and bear in mind that this is a pre-worn, vintage coat which may have other small issues commensurate with age.