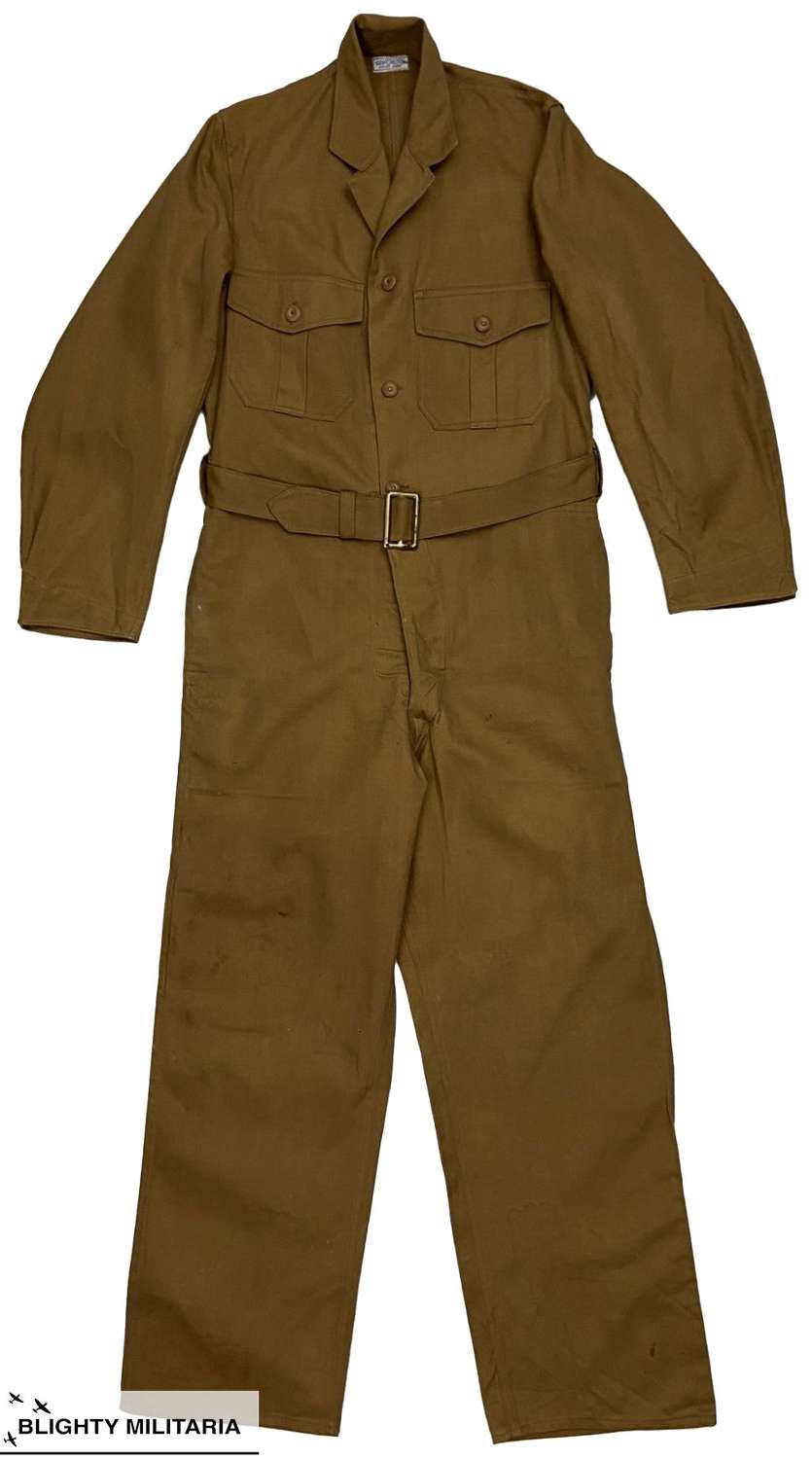 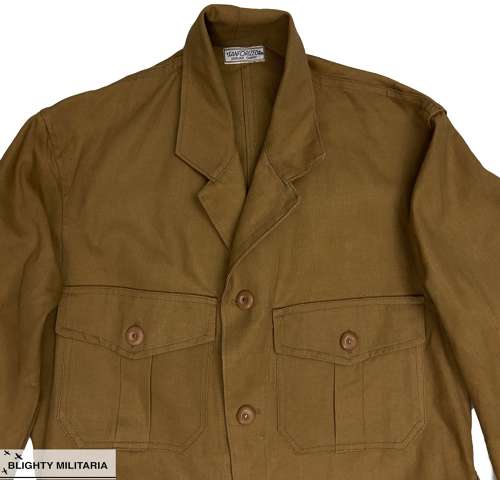 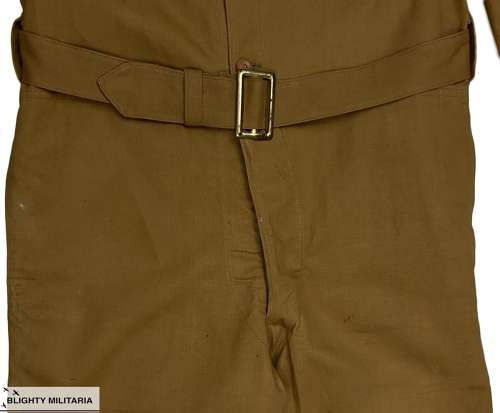 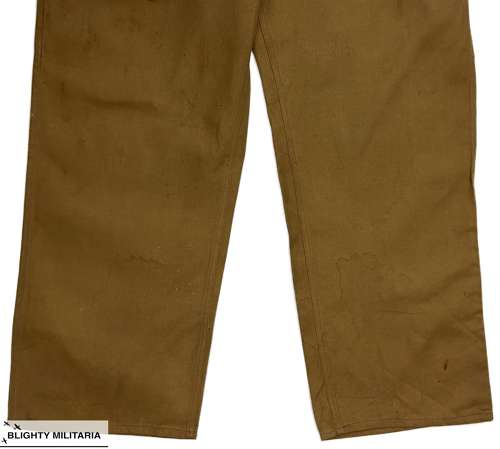 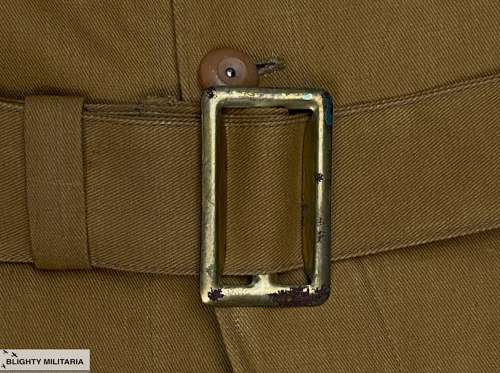 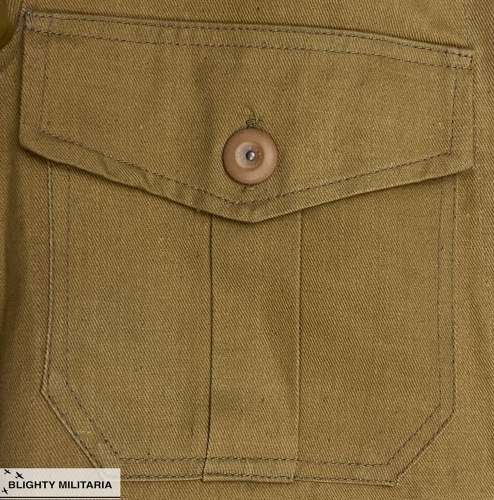 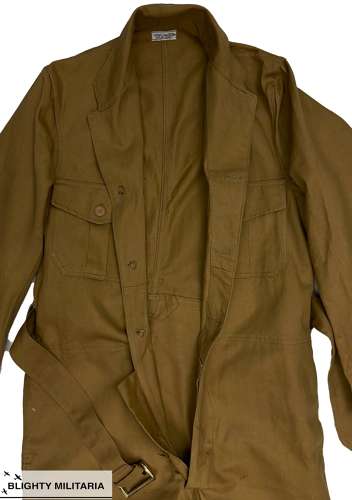 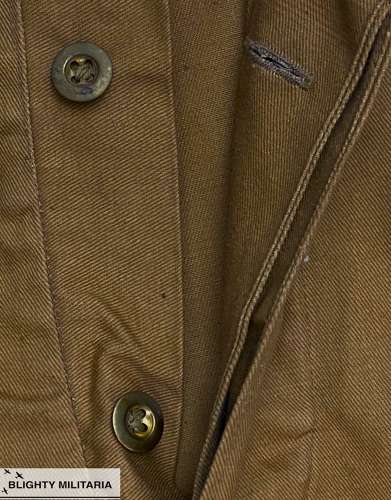 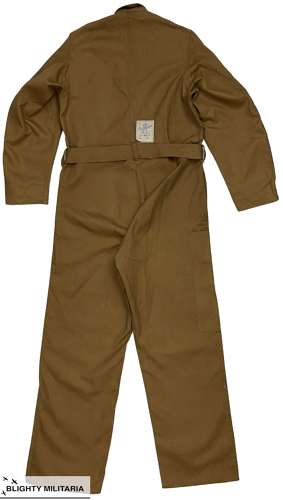 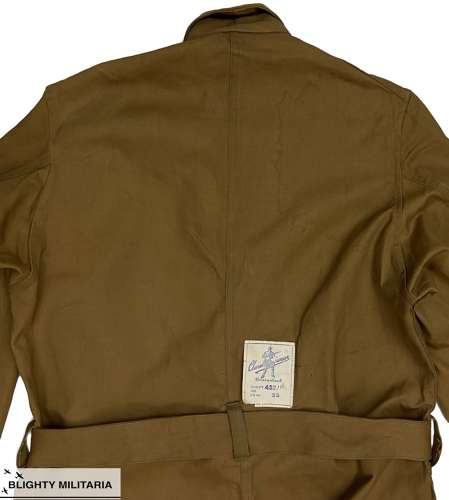 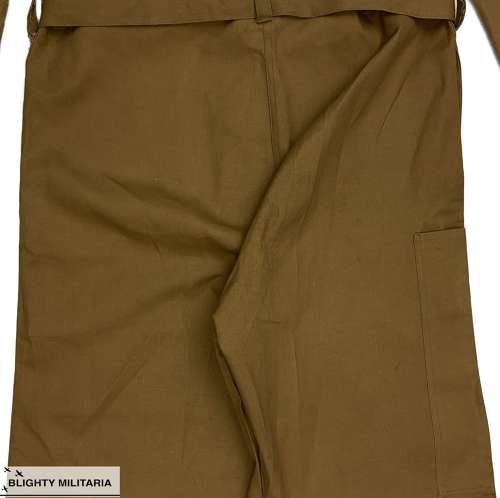 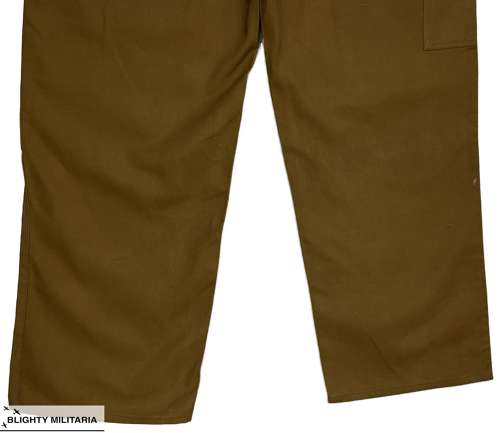 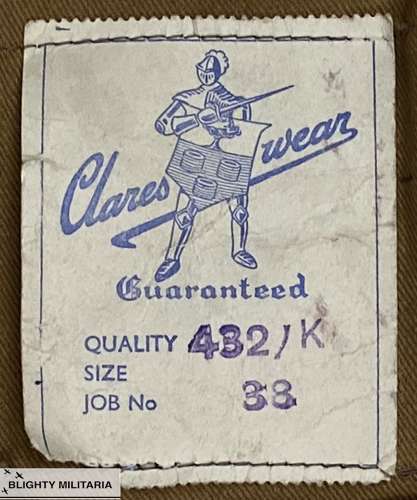 An original set of overalls in unworn, new old stock condition which were made by 'Clares Wear' in the 1950s.

This style of overalls was very popular in the UK throughout the 1940s and 1950s. They are made from a khaki coloured cotton drill and feature pleated patch pockets to the breast, a separate waist belt with pressed metal buckle and a spanner pocket to the side of the right leg. The front fastens with revolving shank buttons which are removable for washing purposes and the fly fastens with stamped brass buttons as are often found on late 1930s to early 1940s British military work clothing.

Inside the overalls is the classic 'Sanforised Shrunk' label which is encountered on many workwear items from this period To the rear of the overalls the original paper label is still present which would suggest that the overalls have never been worn or washed. It bears the brand name of 'Clares Wear' along with the graphic of a knight and the size is marked as 38. Personally I think they would suit a 36" chest better and when laid flat they measure -

The coveralls are in good condition and appear to be unworn. There are some marks from storage which are illustrated in the pictures as well as some age to the waist buckle and paper label etc. They are still totally wearable but please study the pictures before purchasing.