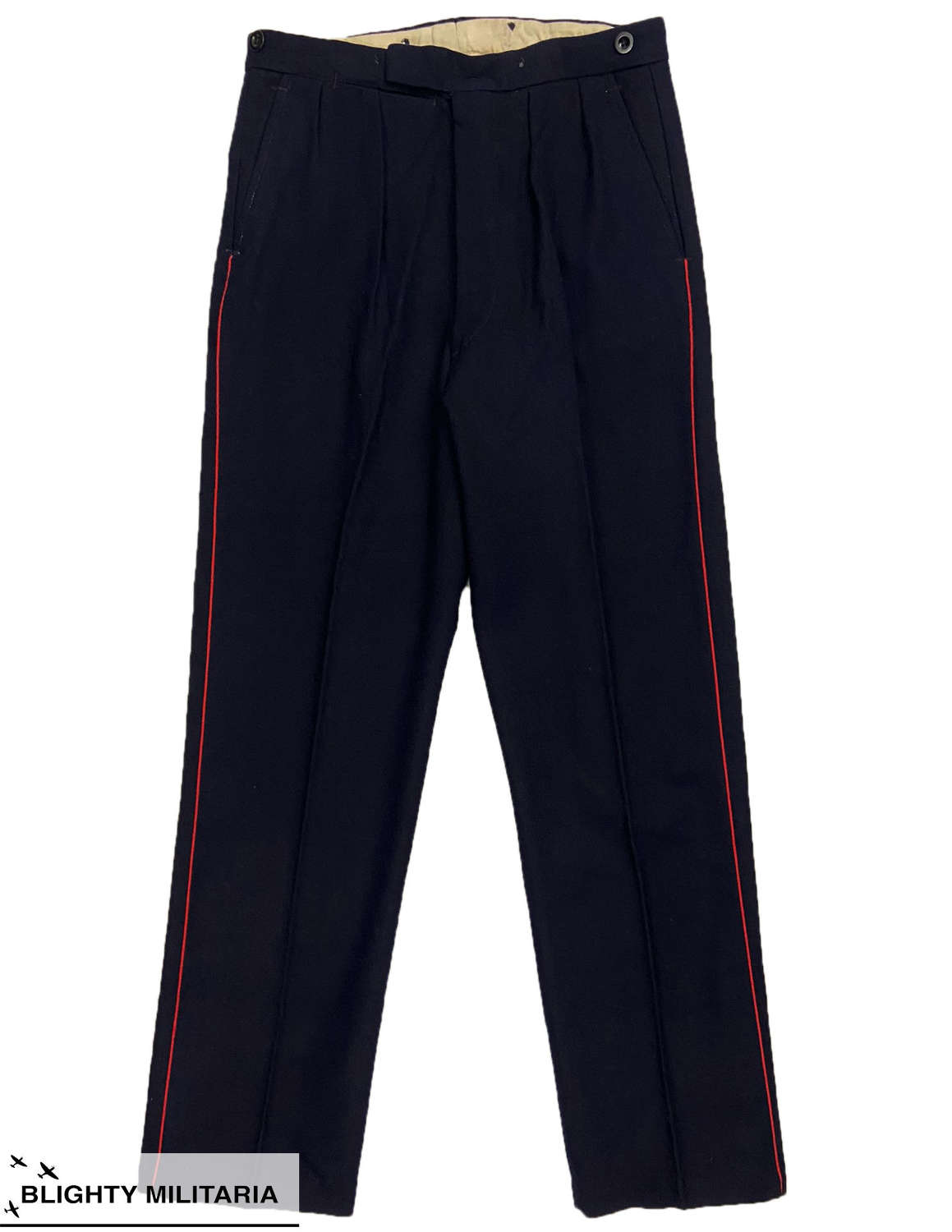 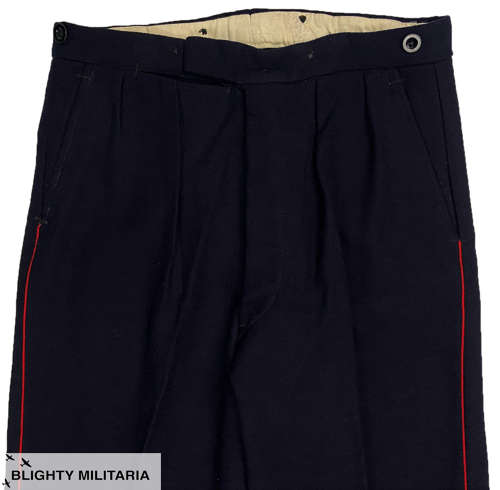 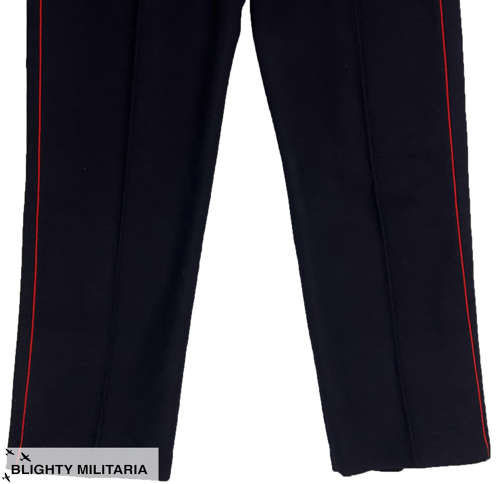 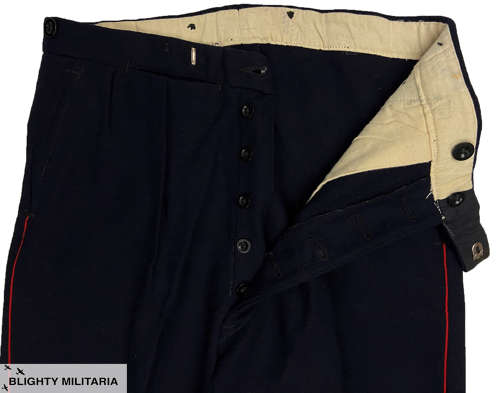 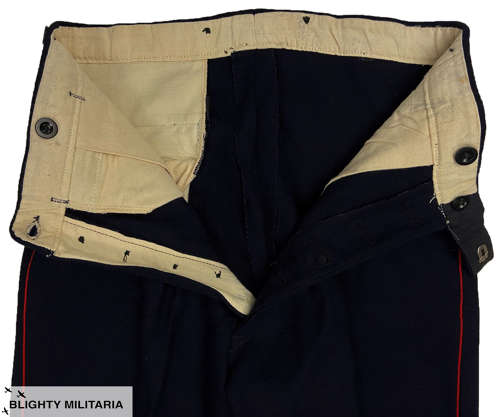 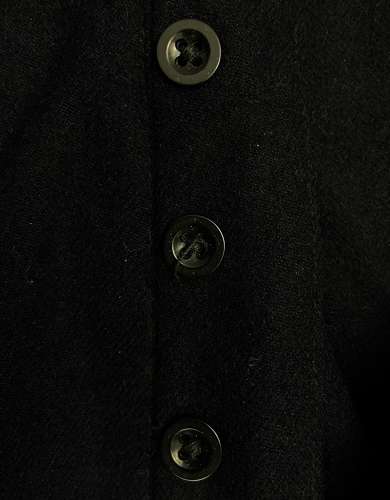 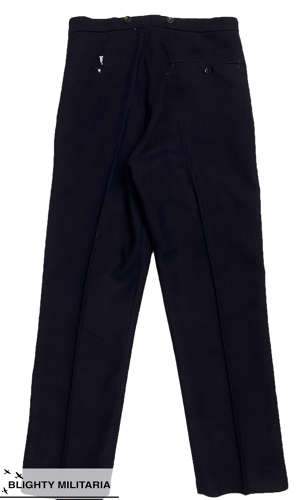 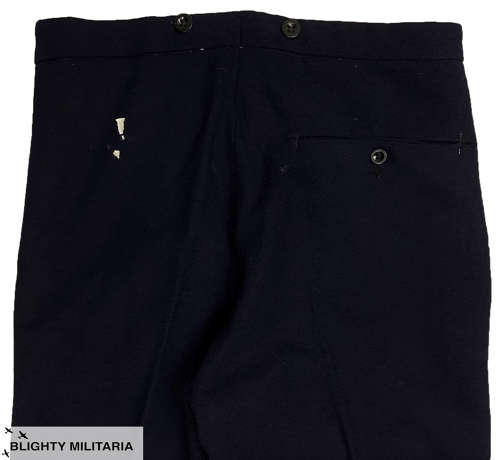 These trousers formed part of the uniform worn by men who worked for the General Post Office during the 1950s. They would have originally been worn with the matching waistcoat and jacket, also made from the same dark navy blue coloured wool serge. The trousers are similar to the1950s examples but have a lower rise. twin pleats can be found to the front along with a separate waistband. Angled pockets are located to the hips and a red stripe runs down the length of the outside leg. The fly fastens with black plastic buttons and more of the same buttons are fitted around the outside edge of the waistband to which braces can be attached.

There is evidence of where the original paper label was fitted to the seat. This style of label is typical of those found on military and civilian workwear in the mid-Century period.

The condition of the trousers is good with no serious signs of wear. Overall they display well and look to be very wearable but please study the pictures before purchasing and bear in mind that these are a vintage, pre-owned pair of trousers.