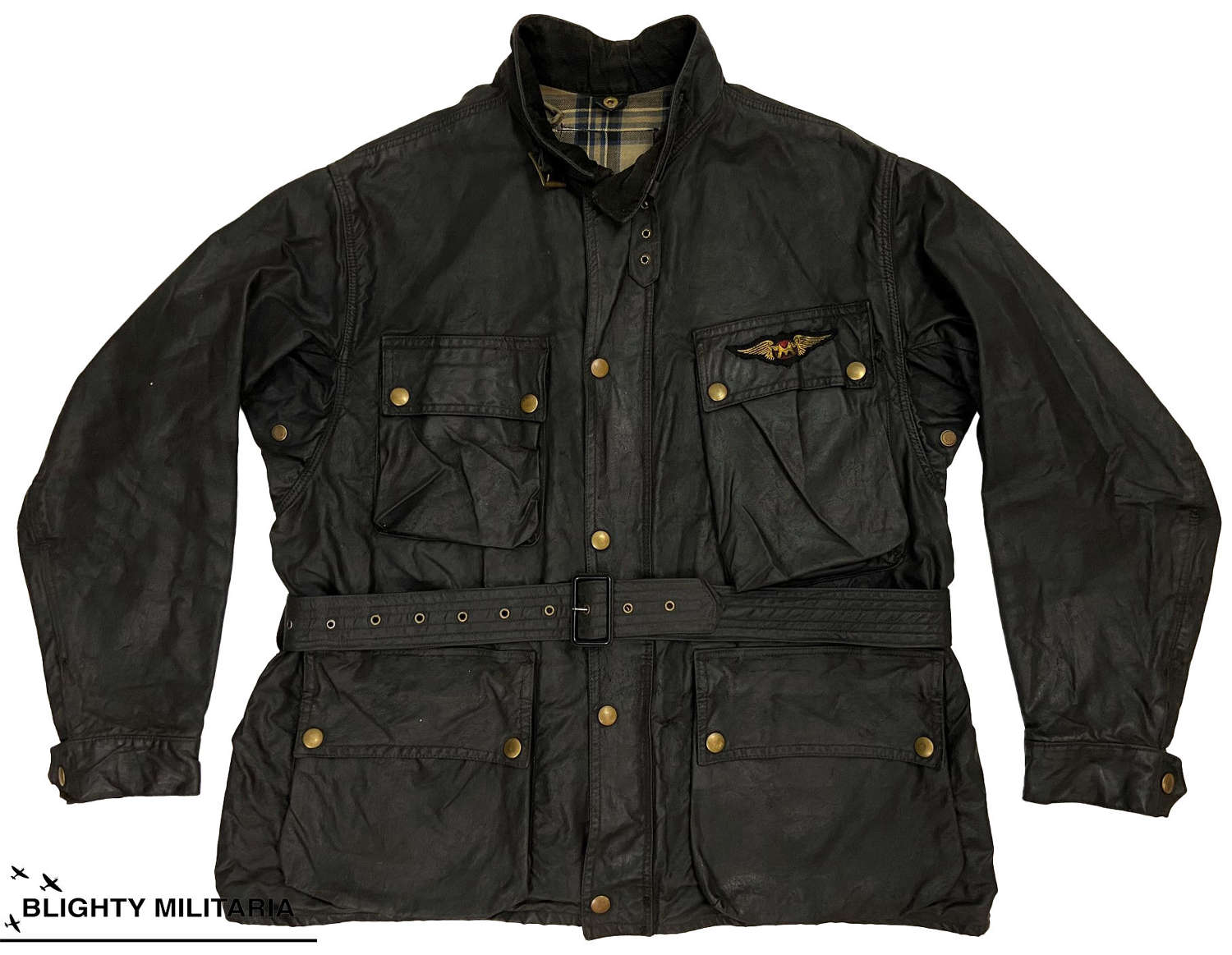 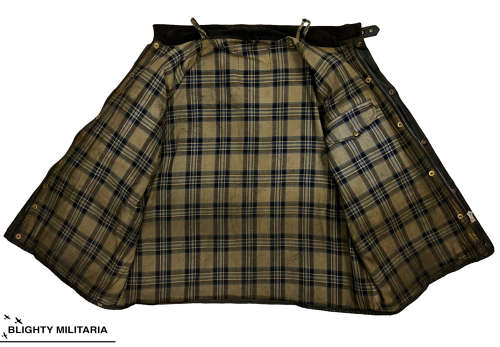 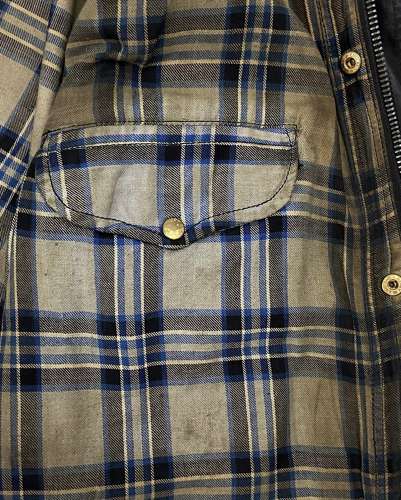 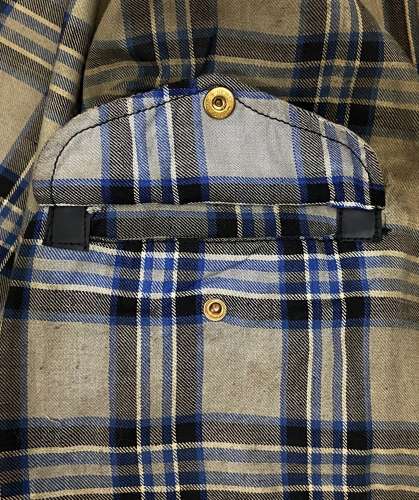 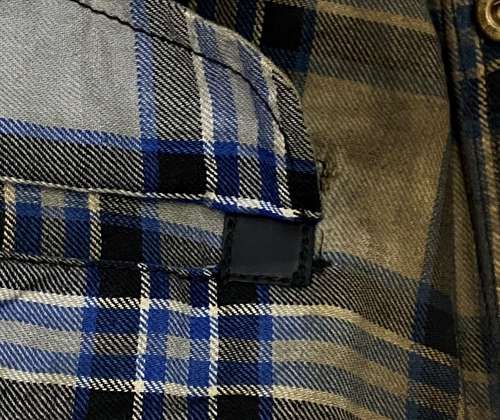 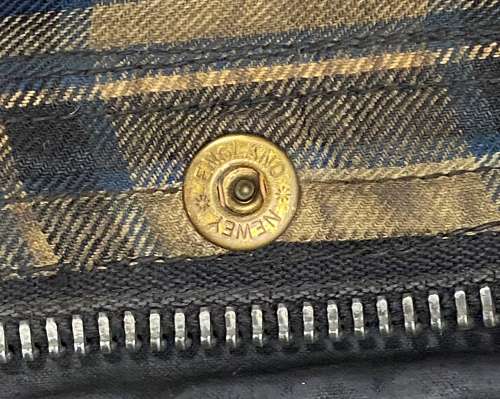 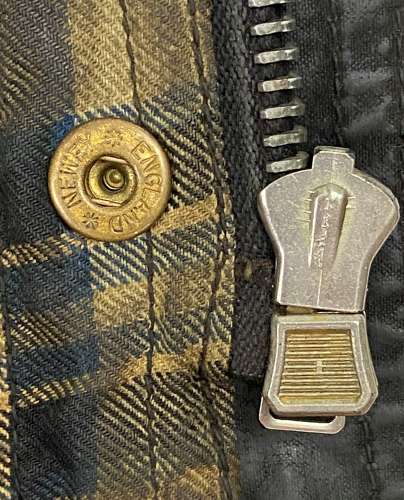 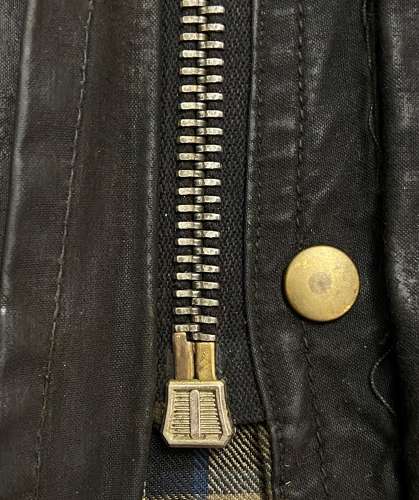 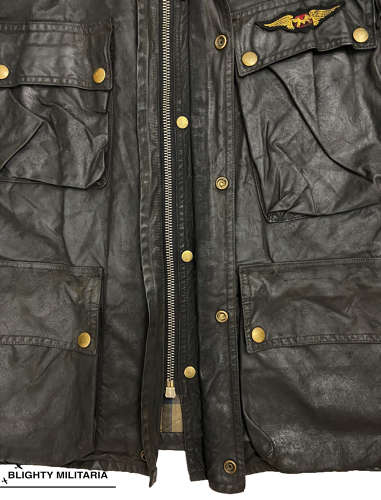 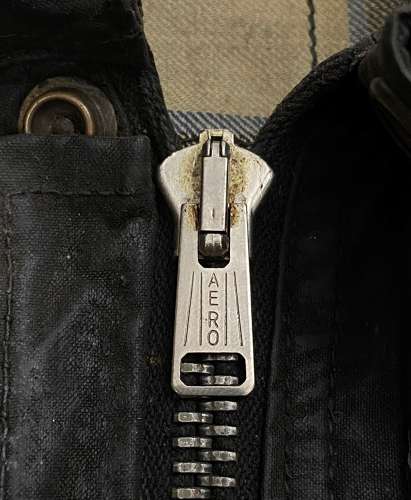 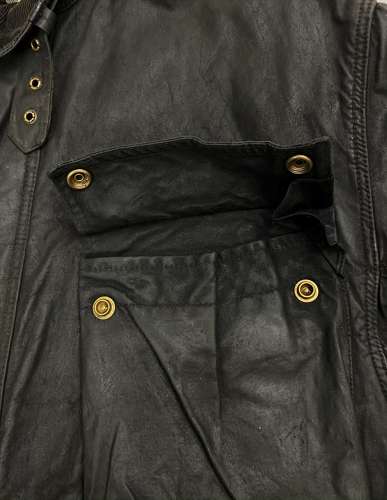 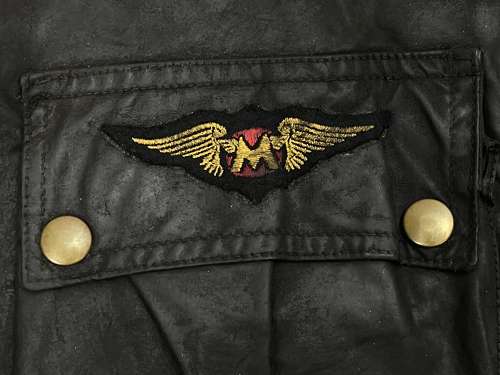 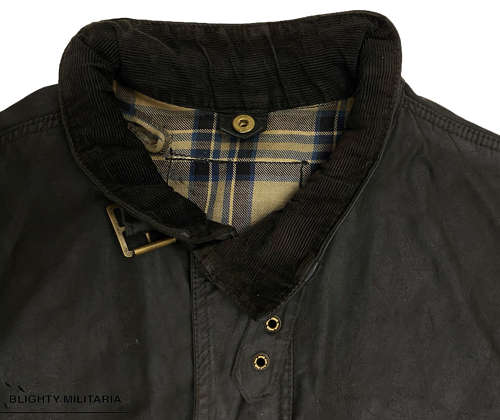 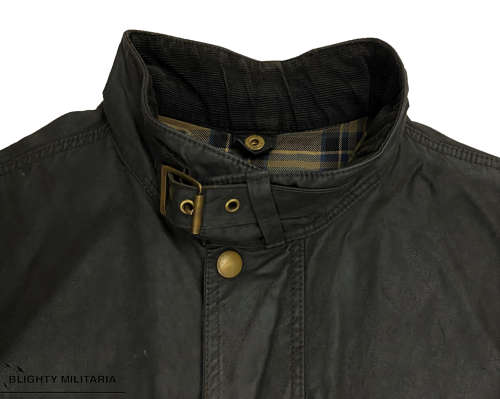 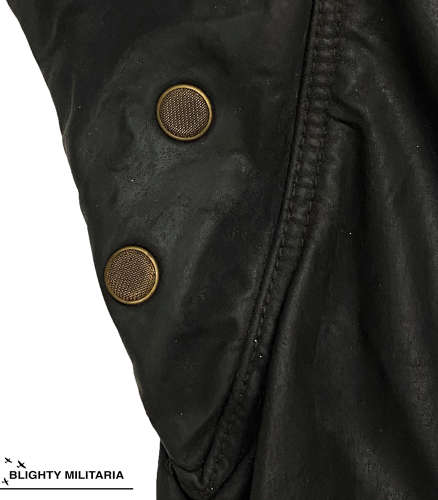 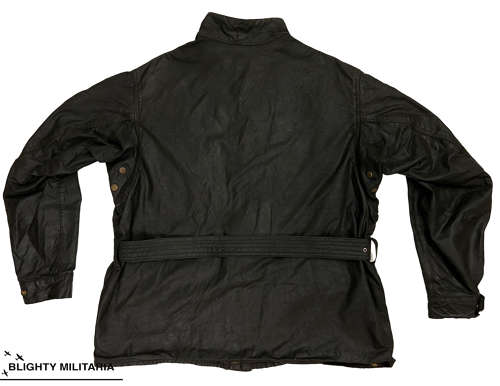 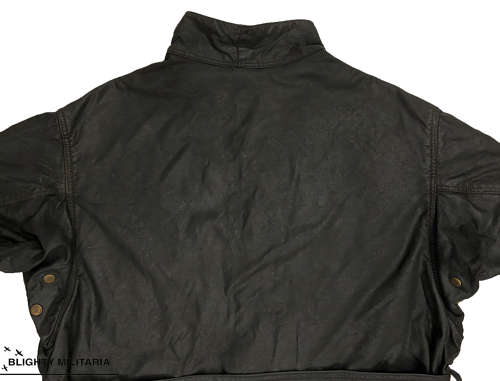 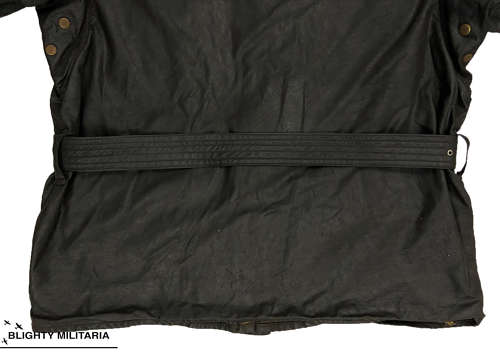 A lovely original Belstaff Trialmaster jacket dating from the 1950s and in good condition.

These jackets are now a design classic and still made by Belstaff today. Originally released in the late 1940s and clearly taking a lot of influence from the Barbour International jacket, the Trialmaster quickly became a staple for motorcyclists all over the UK as well as abroad.

The jacket is made from a wax cotton material which is proofed to make it water resilient. It features four pockets to the front all of which are of bellows design and fasten with brass 'Newey' brand press studs. The left breast pocket is set at an angle and features a web between the flap and the top of the pocket which is designed to stop water from running in. Three brass vents are fitted to each armpit and a nickel plated 'Lightning' brand zip is used to fasten the front. Another, smaller brass zip from the same manufacturer is located under the flap of the right breast pocket whilst brass press studs are fitted throughout and are marked 'Newey England' to the reverse. A stand collar is fitted which is lined with a fine corduroy and features a belt and brass buckle which fastens it around the wearer's throat.

The interior of the jacket is lined with cotton which features the classic blue check pattern used by Belstaff during this period. An interior pocket is present, the flap of which is made from the same cotton material. It fastens with a brass Newey popper as used on the rest of the jacket. As well as this the metal hanging chain is still present to the neck.

The original label is still present and is the early checkered flag style. It features the maker's name of 'Belstaff' in white on a black field below which is the model name of 'Trialmaster' and the Reg number. The label is worn and only still attached by part of the thread but is still present none-the-less.

Based on the modern Belstaff size chart this jacket will fit a 44" chest. I think it would also potentially suit a 42" chest, especially if you wanted to wear layers underneath. When laid flat the jacket measures -

The jacket is in good condition for its age as can be seen in the pictures. It is dirty and soiled from use but is still very wearable and has a great, authentic look to it. There is wear around both cuffs and a few small splits to the material as detailed in the pictures. Please study them before purchasing and remember that this is a pre-worn vintage motorcycle jacket which may have small issues commensurate with age.

A great early example of this classic piece of British outerwear. A must have for any vintage outerwear collection!