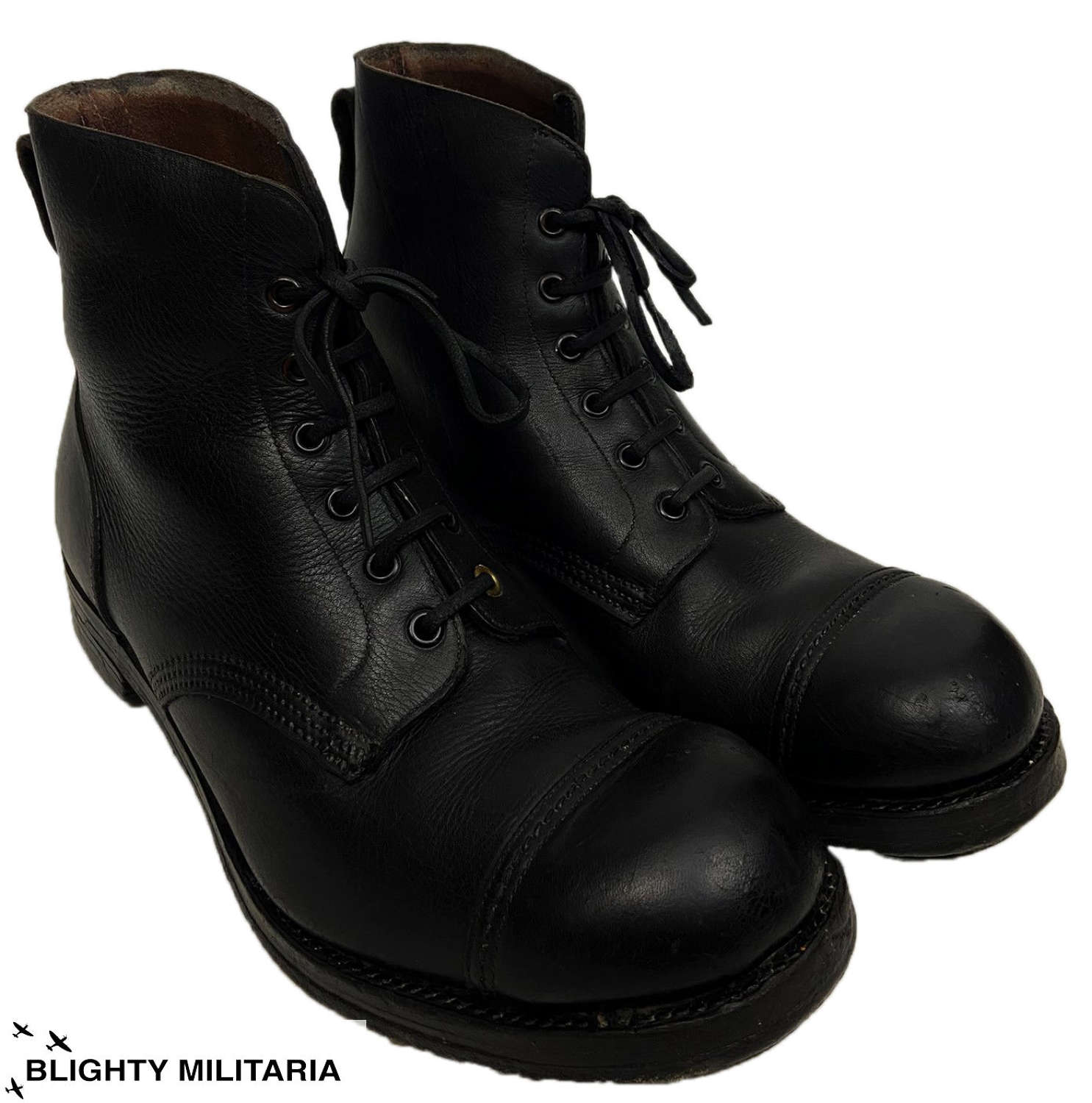 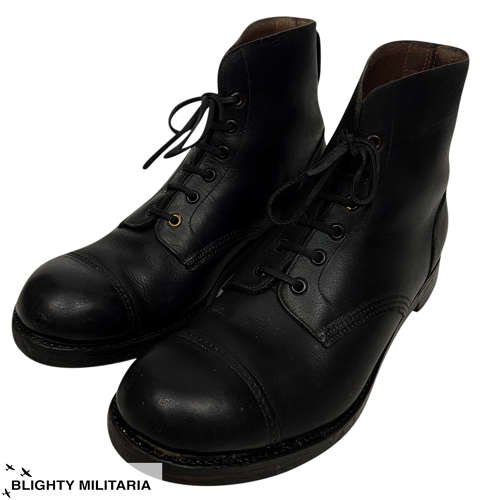 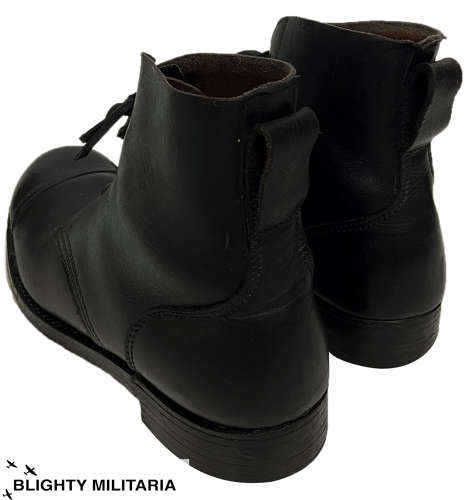 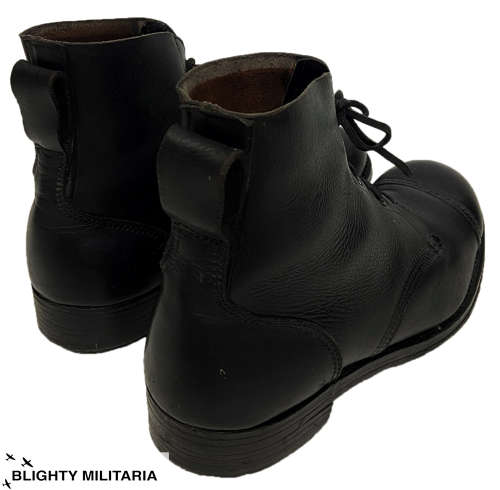 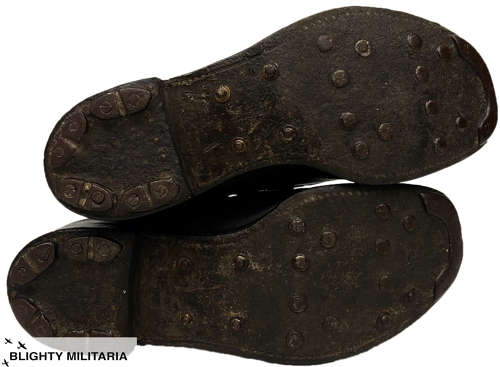 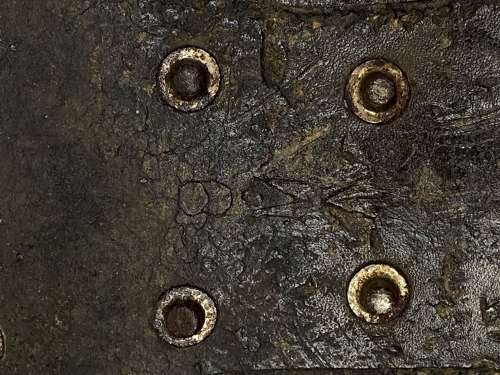 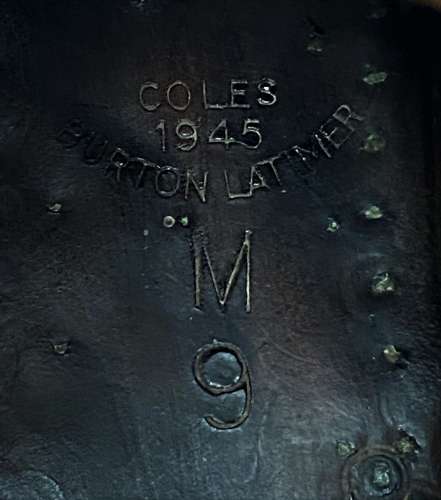 An original pair of 1945 dated British Army Jungle Boots which have been dyed black.

This pattern of boot was introduced as part of the new Jungle uniform which saw issue in the latter part of the Second World War. This uniform was produced following the Lethbridge mission of 1943 where a team toured the Far East to find out what the men really needed from their uniforms and equipment. These new boots had many features which made them superior to the standard ammunition boots including extra thick soles, rot-proof stitching and a bellows tongue. Another key feature is a loop at the rear of the boot which allows the laces to be passed around the ankle and held in place.

Whilst most jungle boots are brown, black examples such as these are not uncommon to find. They appear to have started as brown boots before being over-dyed black. Inside the boots the original maker's name of 'Coles' is present as is the place name of Burton Latimer. As well as this the 1945 date is also marked as is the size of 9M. To the soles the size is again marked as is the War Department broad arrow.

The boots are in good condition for their age with only limited signs of wear and use. Please study the pictures before purchasing and bear in mind that these are a vintage pair of pre-owned boots.

A nice original pair of wartime boots in a good size!