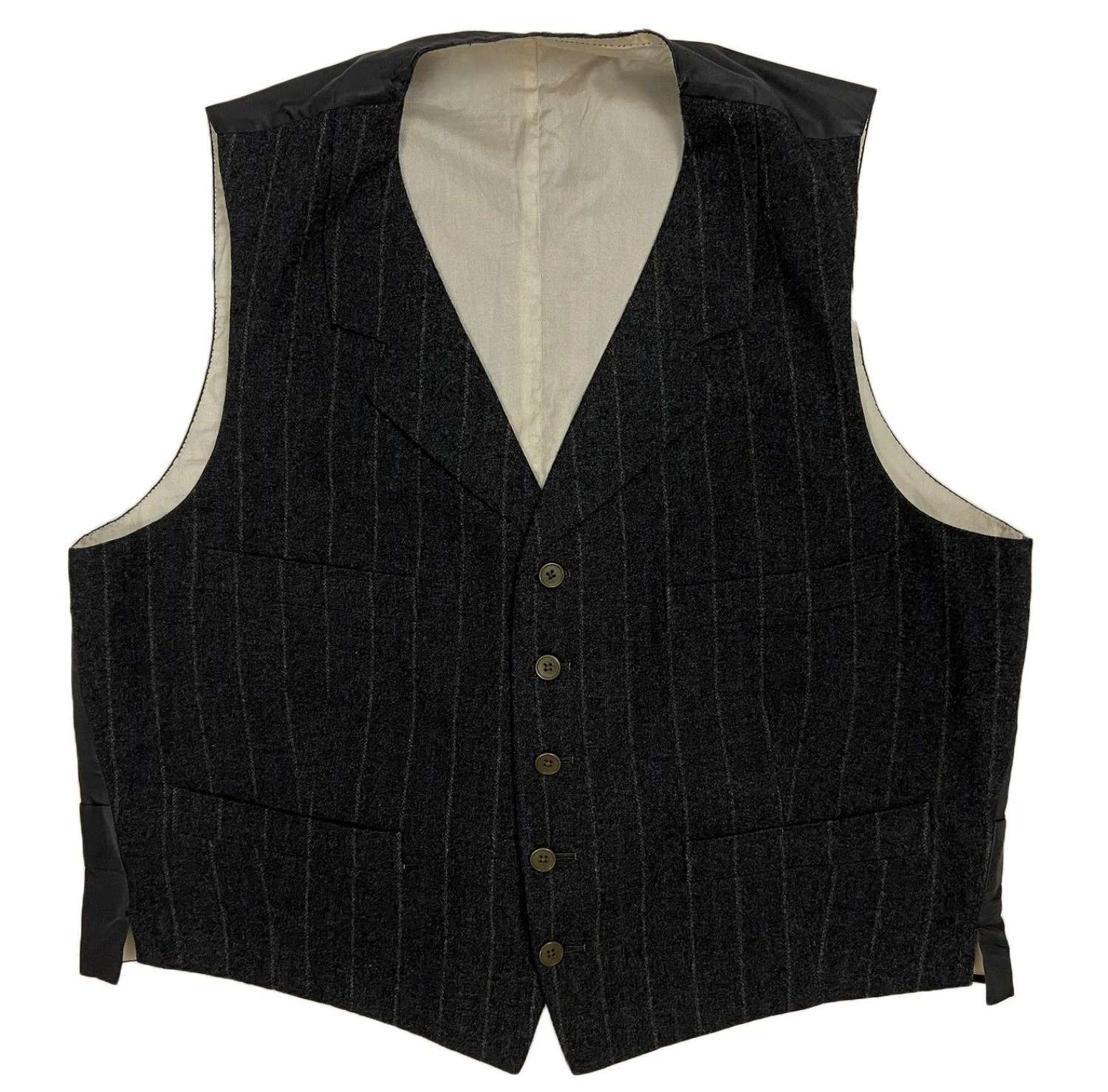 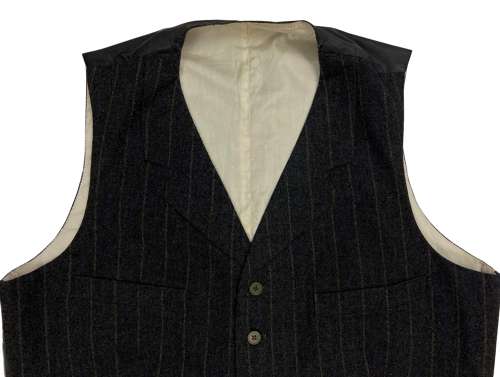 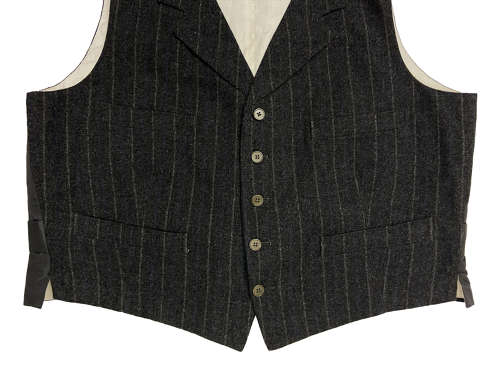 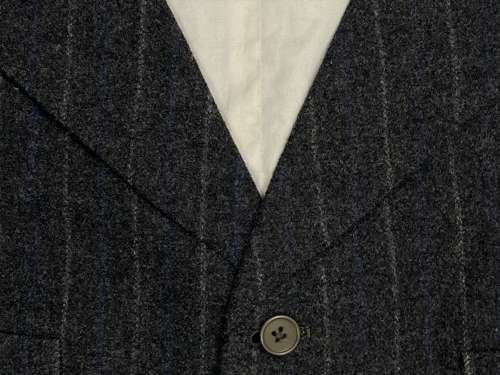 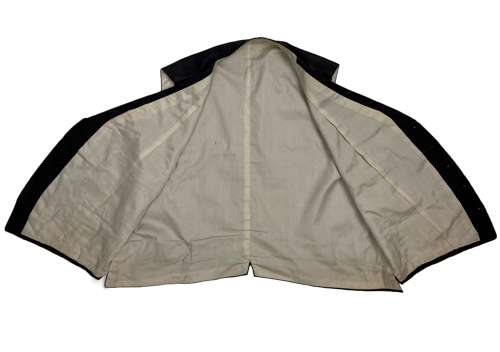 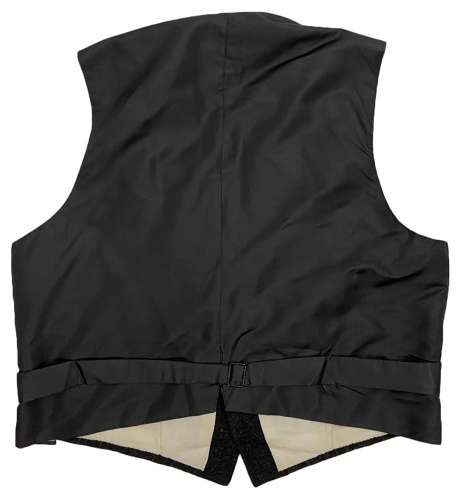 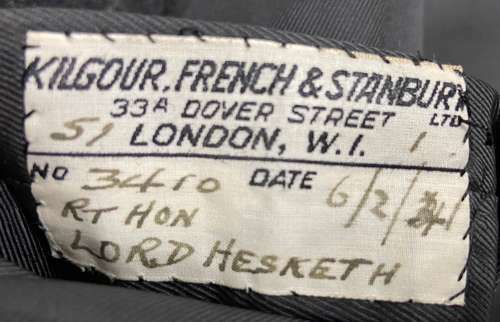 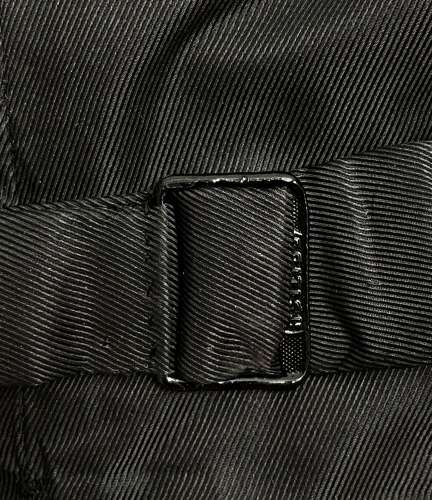 A very fine men's waistcoat bespoke made by 'Kilgour, French & Stanbury' in 1941 for Lord Hesketh.

Baron Hesketh was born in 1881 and was educated at Eton, The Royal Military College of Sandhurts and Trinity College, Cambridge. He served as a 2nd Lieutenant with the Royal Horse Guards, as a Captain in the Lancashire Hussars Yeomanry and was an Honorary Major in the Territorial Army. As well as this he also served as a Justice of the Peace for Lancashire and for Northamptonshire. Hesketh sat briefly as a Member of Parliament for Enfield from 1922 to 1923 and was later High Sheriff of Northamptonshire, in 1932.

He succeeded his father as eighth Baronet of Rufford in 1924 and in 1935 he was raised to the peerage as Baron Hesketh, of Hesketh in the County Palatine of Lancaster. Befitting a man of this class, Baron Hesketh had all of his suits bespoke made by 'Kilgour French and Stanbury' of Dover Street which is the road which adjoins Savile Row. The quality of the materials used, the cut and the finishing is fantastic and nothing like other waistcoats of the period. It exudes quality and class in the way only bespoke made clothing can.

The front of the waistcoat is made from a dove grey coloured flannel wool and features a pinstripe of electric blue and light grey. It features four welt pockets, a five button front and a notched lapel which is tacked to the body of the waistcoat, keeping it in place. The back panel is made from black silk and features a cinch belt and buckle, the buckle being marked 'British'. To the reverse of this is the tailors label which bears the name of Kilgour, French & Stanbury Ltd' andthe address of 33a Dover Street, London W.1.'. The owner's name has been marked in ink as 'RT Hon Lord Hesketh' and the date is marked as 6/2/41.

The waistcoat is in excellent condition for its age with no major signs of wear and use. There is some fraying around the collar but aside from that it is very fresh and bright. It has been stored for many years so currently has an aroma of moth balls which will come out with cleaning or airing.

A very nice waistcoat with some interesting history!