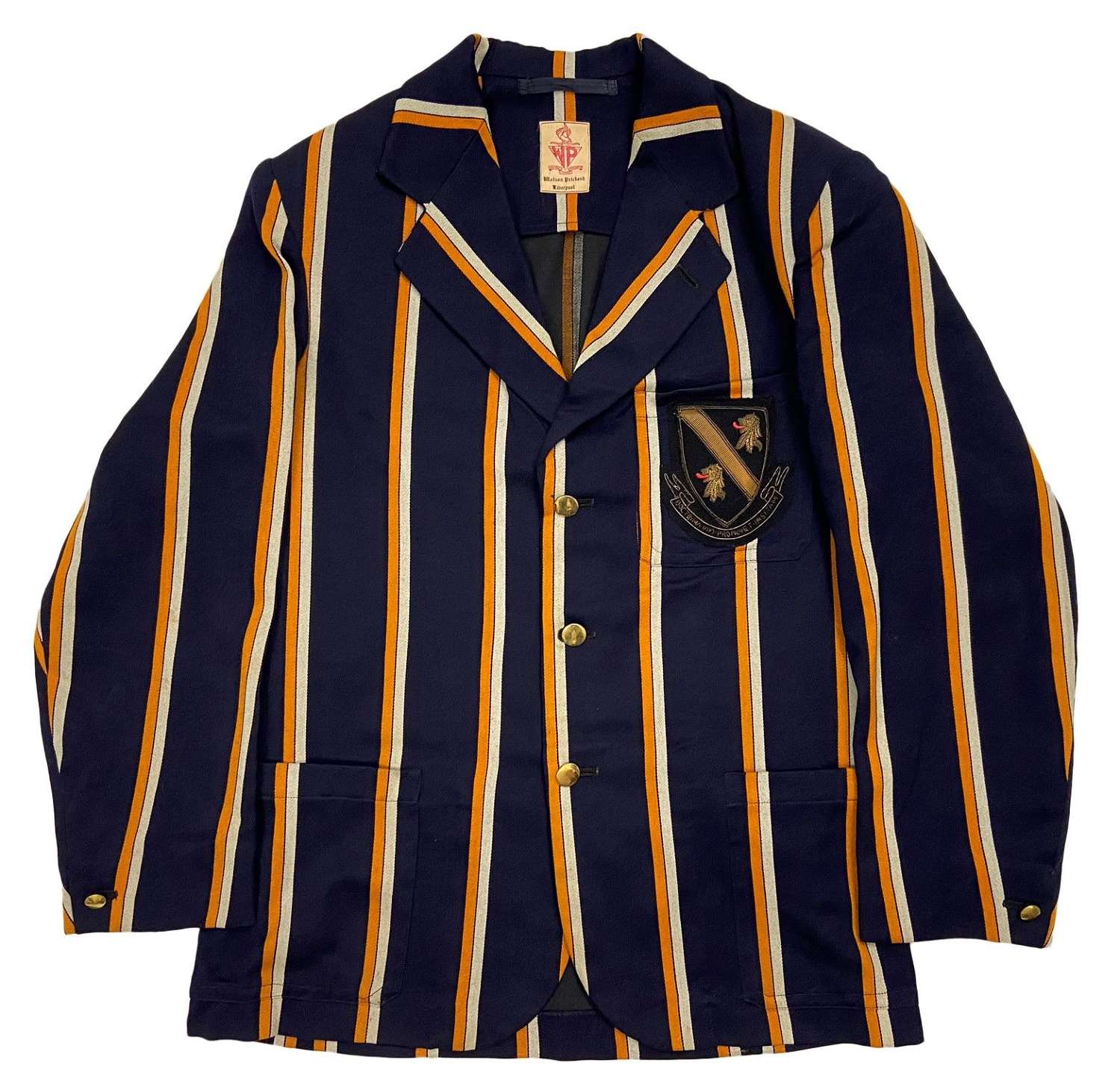 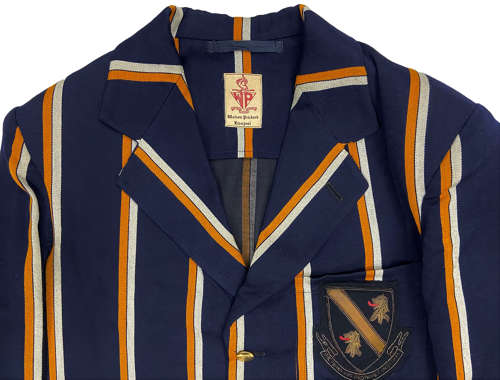 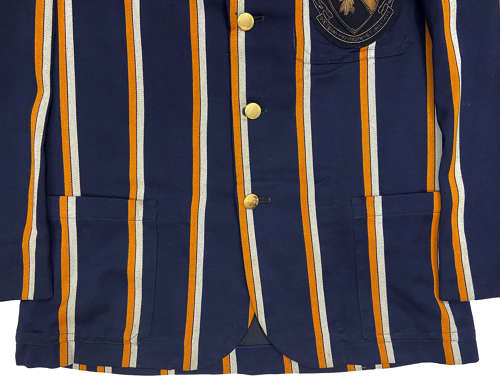 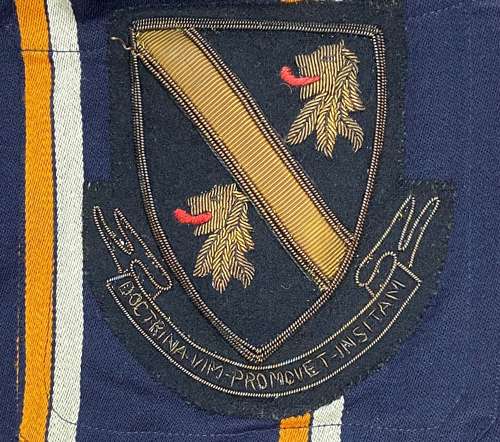 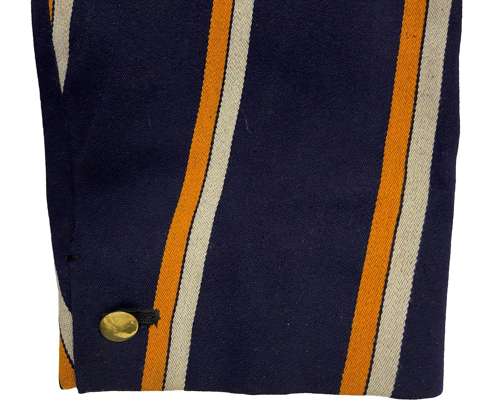 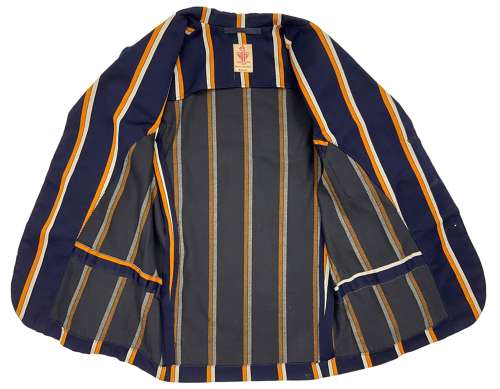 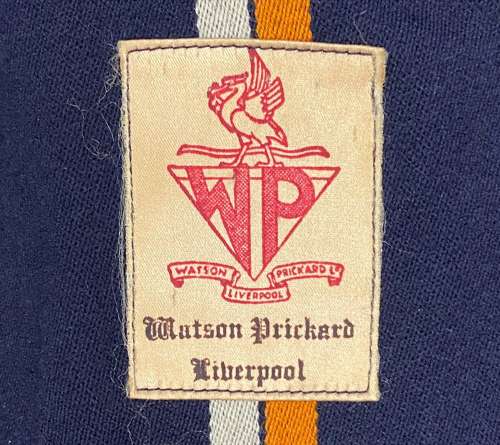 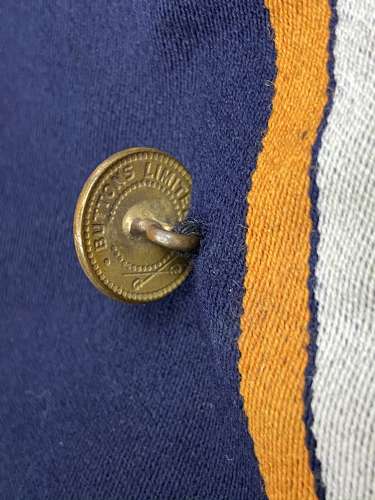 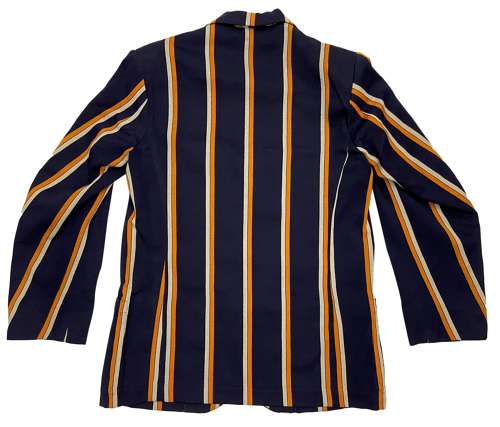 An original boating blazer which was made in the 1940s in Liverpool.

The jacket is made from a navy blue coloured wool and features a yellow and white coloured stripe pattern. It has a single breasted three button front which fastens with brass buttons made by 'Buttons Ltd'. Smaller matching buttons are located, one to each cuff. The jacket features a pronounced notch lapel and no rear vents which is typical of 1940s jackets. The breast pocket features a bullion embroidered badge which bears the words 'doctrina vim promovet insitam' to it which translates as 'learning promotes (one's) natural (innate) talent'.

The jacket is unlined as is common with this style. The original label is present and features a nice period graphic and the manufacturer's name of 'Watson Pickard Ltd' of Liverpool.

The jacket is in good condition and is still very wearable. It is a vintage item however so may have small issues commensurate with age.

A striking original 1940s jacket which would make a great addition to any wardrobe or collection!