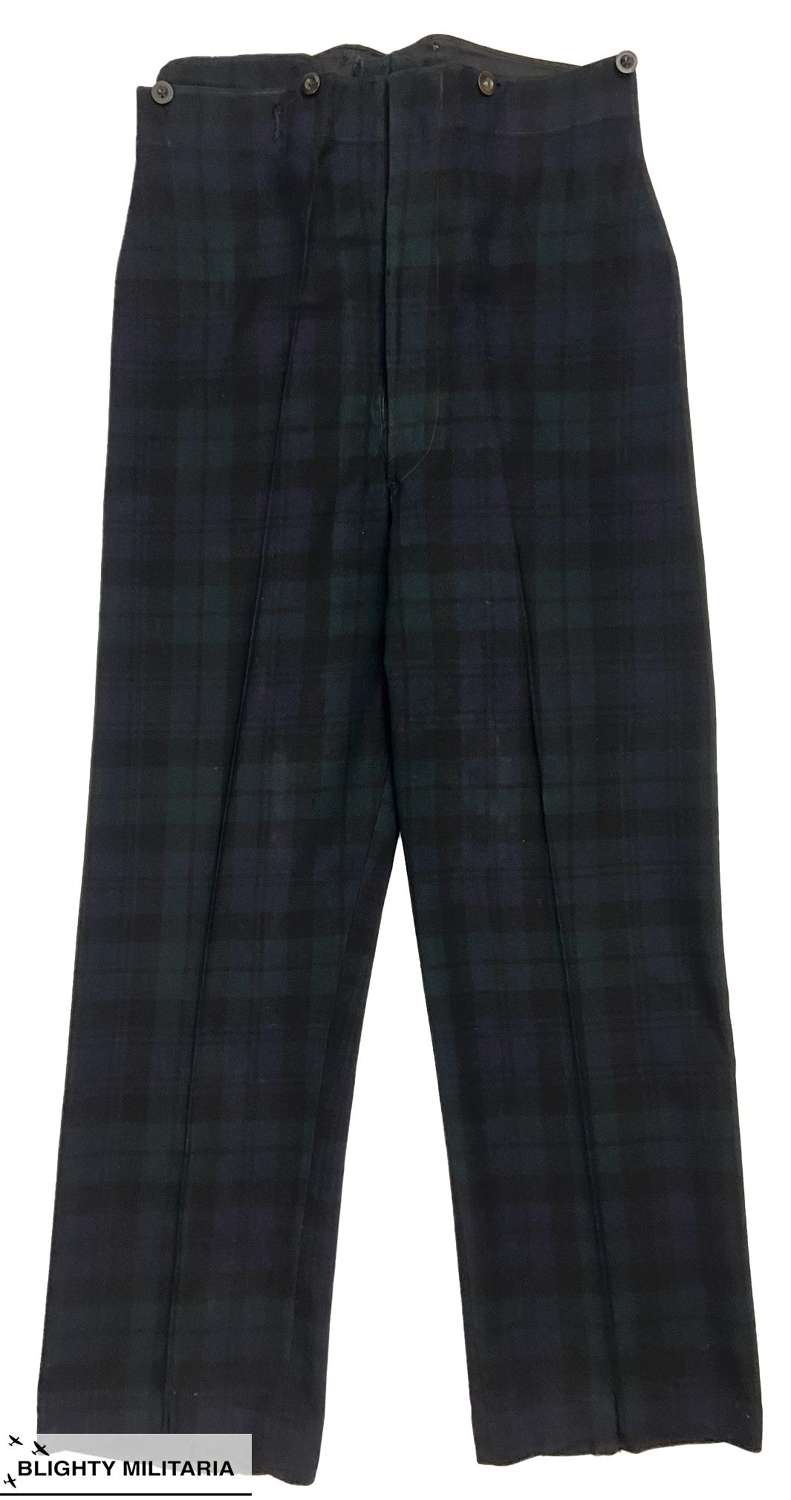 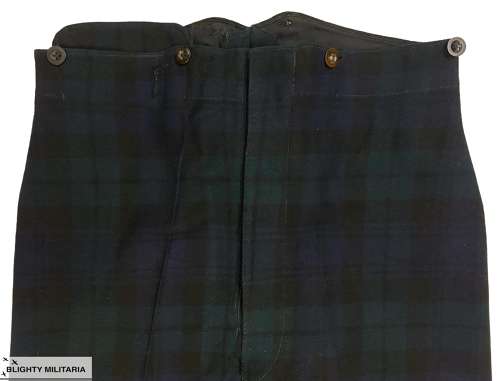 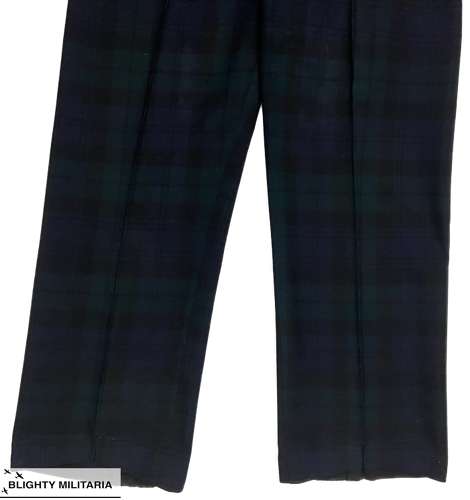 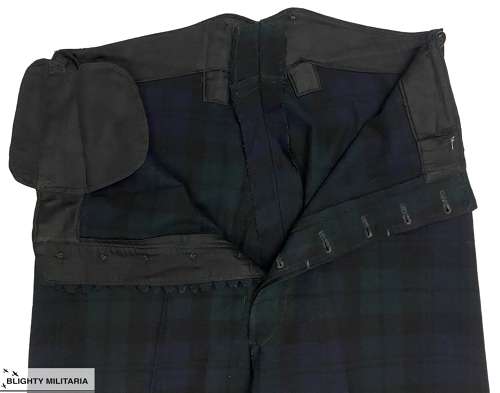 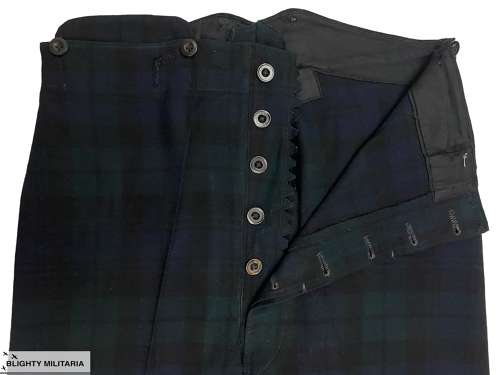 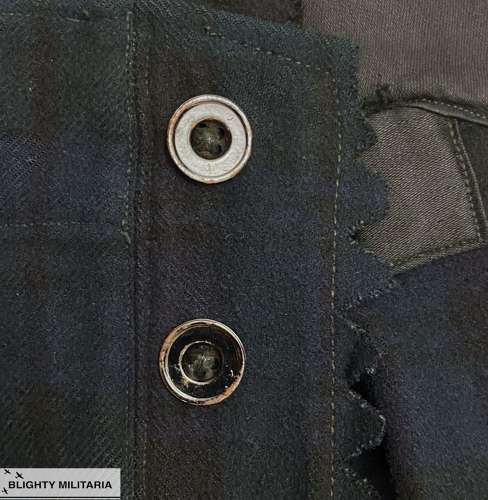 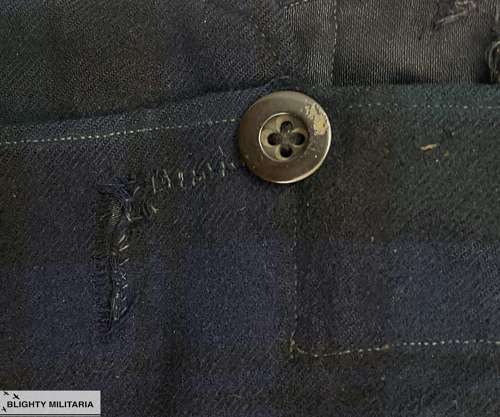 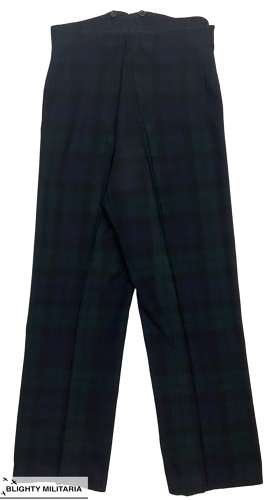 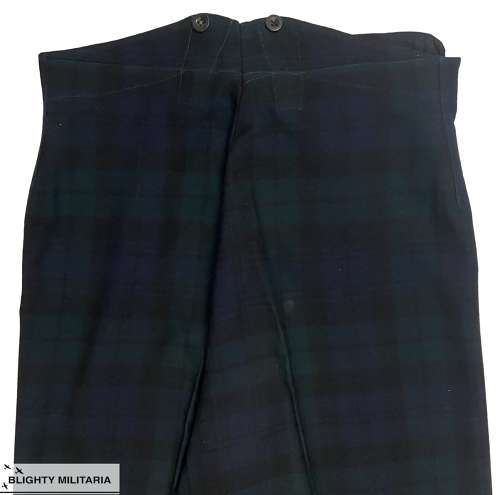 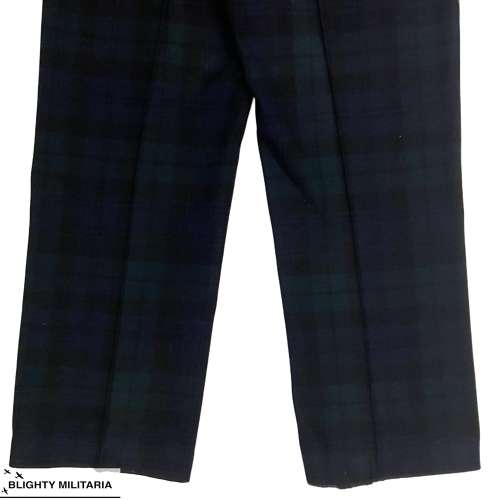 An original pair of military Tartan Trews in Government No 1a Tartan dating from the 1940s.

The trousers are made from a wool which features the tartan pattern along with a button fly which fastens with black painted metal buttons which indicates that these are early manufacture, no later than the 1940s. Around the top of the waistband there are buttons to which braces can be attached and slash pockets can be found to each side seam The trousers feature a flat front and a 'fishtail' back which are typical traits of early 20th Century trousers.

Overall the trousers are in very good condition and display well. They are totally wearable with no serious flaws or damage although there is a small L-Shaped repair to the waistband as shown in picture 7. Please bear in mind that they are a vintage, pre-worn item which may have other small issues commensurate with age.