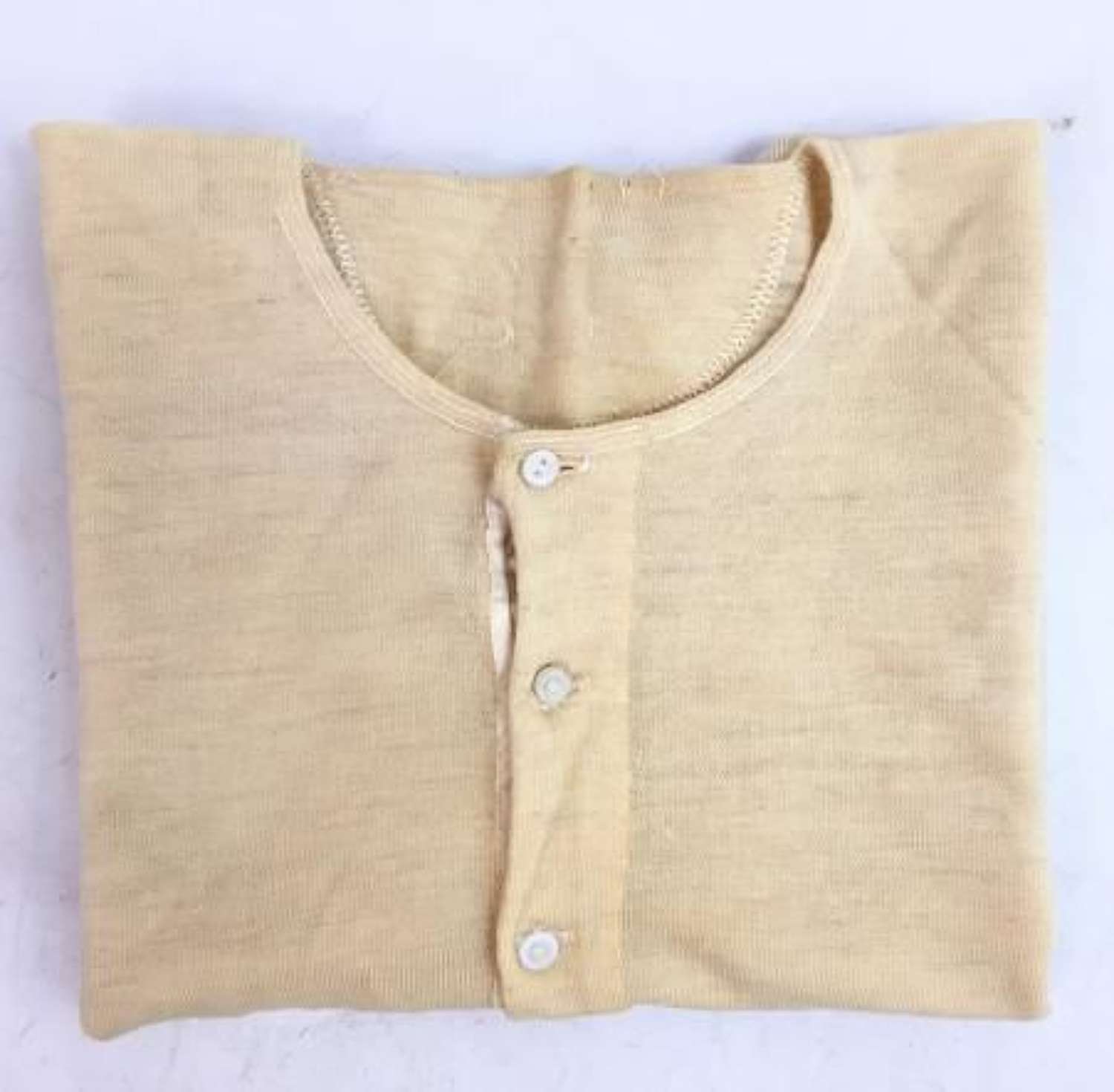 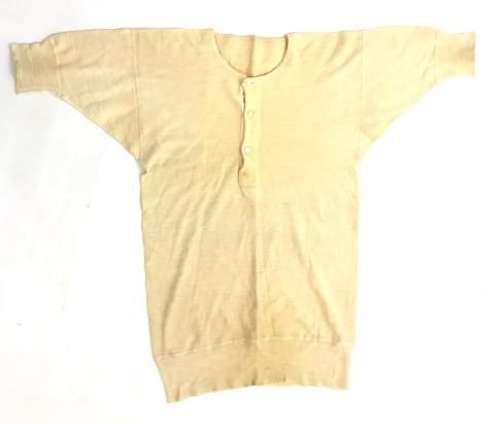 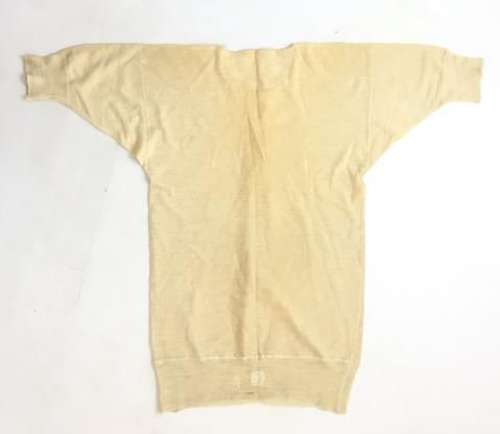 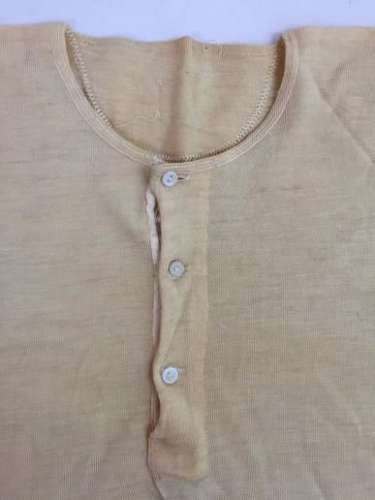 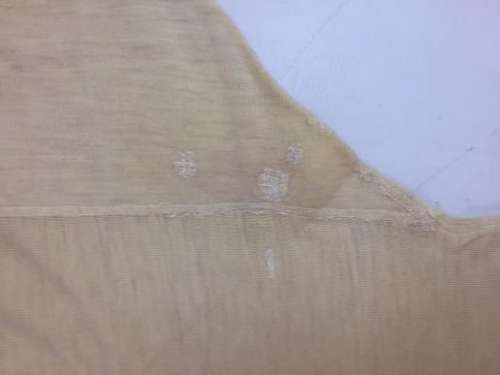 SOLD
An original 1940s men's woollen undershirt, most likely made by 'Wolsey' in a good wearable size 40.

This shirt is typical of those made in the 1930s and 1940s and were worn by men from a variety of walk of life, as well as in the military. Whilst the Army, RAF and Royal Navy had issue vests like this, private purchase examples were often worn. They are all very similar to look at and were quite possibly made in the same factory.

This particular example is missing its original label but came with two other identical examples which were made by 'Wolsey' who were one of the most prolific manufacturers of this type of garment for many years.

When laid flat the undershirt measures 19" pit to pit but I assume due to its stretchy nature it will fit up to a 40 chest.

The condition of the top is very good and it certainly has plenty of wear left in it. There is some staining and a few period repairs but this all adds to the authentic character.

All in all a nice wartime period undershirt which would make a good addition to a collection or display. It is also a good wearable size so may well suit a re-enactor.