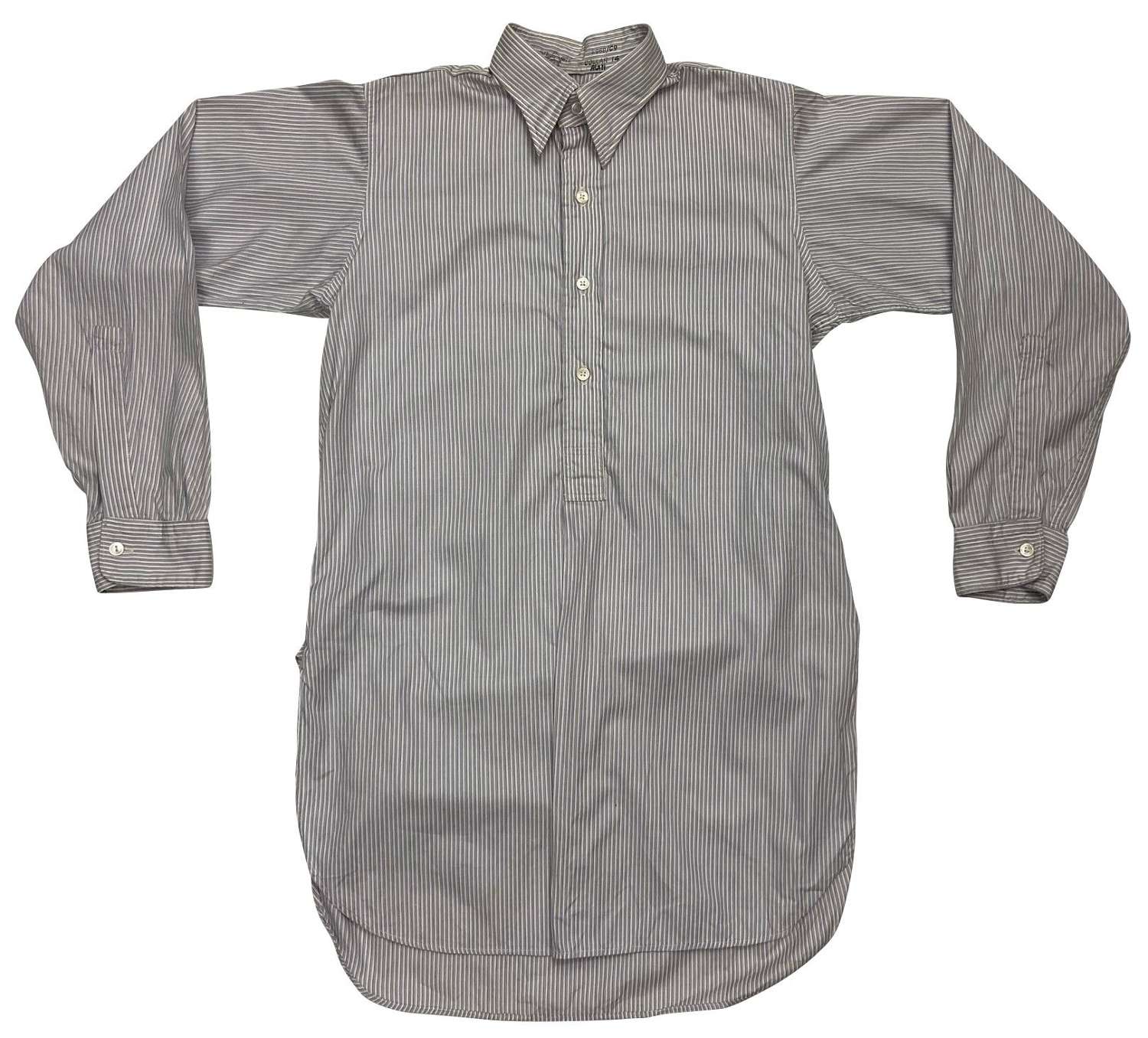 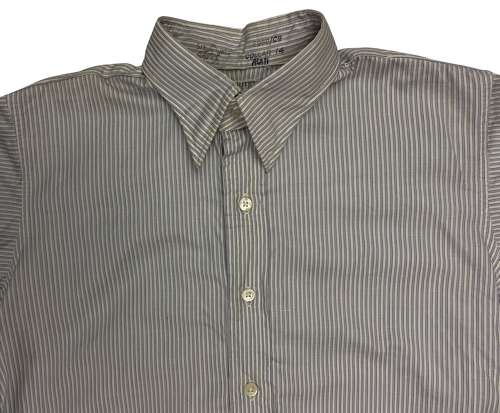 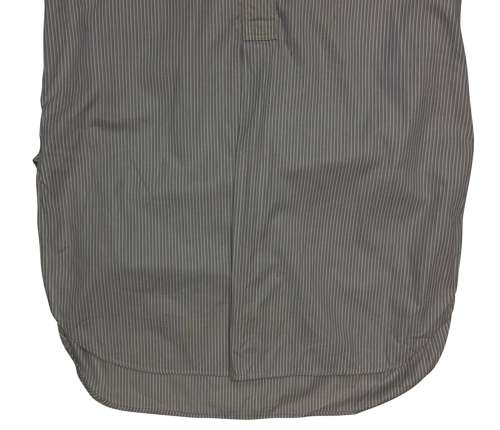 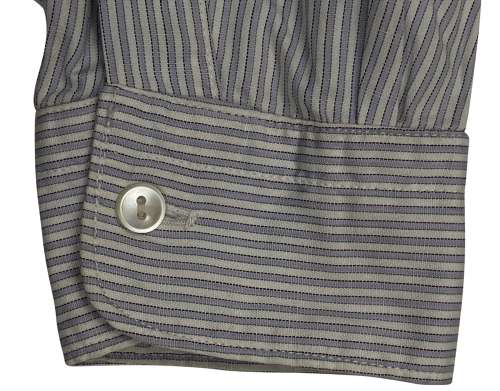 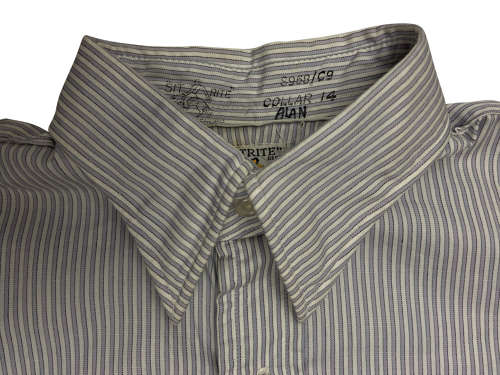 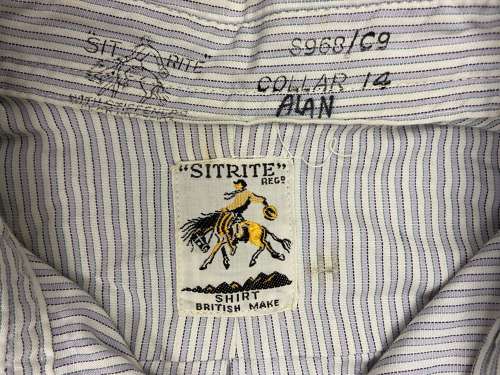 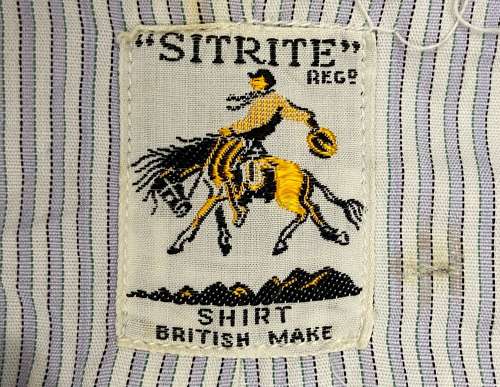 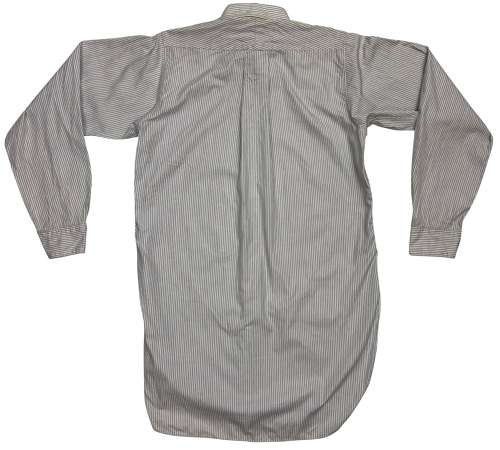 A fantastic original men's poplin cotton shirt made by 'Sitrite' in the 1940s.

This shirt is typical of the late 1930s and early 1940s in its construction. It features a half placket front, or 'tunic' front, which is pulled on over the head. This style of shirt was popular during the first half of the 20th century before slowly being replaced by more fitted full button front shirts from the 1950s onwards. The collar is also indicative of the era featuring a nice spearpoint shape which is typically conservative and British.

The shirt is made from a lightweight cotton poplin which features a blue and white pinstripe design. The barrel cuffs feature a button but also have two button holes allowing the shirt to be worn with cufflinks.

Inside the shirt the original maker's label is still present and is clear and legible. It reads 'Sitrite Regd, Shirt British make' and features a graphic of a man riding a horse in yellow and black. More markings can be found to the inside of the collar including the size of 14 and another version of the Sitrite logo. The name 'ALAN' has also been added to the collar.

The shirt is a smaller size which will fit someone of around a 34-36" chest depending on desired fit. When laid flat it measures -

The shirt is in good condition for its age with only limited signs of wear and use. There are a few small marks and a very small nick to the left sleeve but overall it displays very well.

A great 1940s men's shirt with a fantastic label!