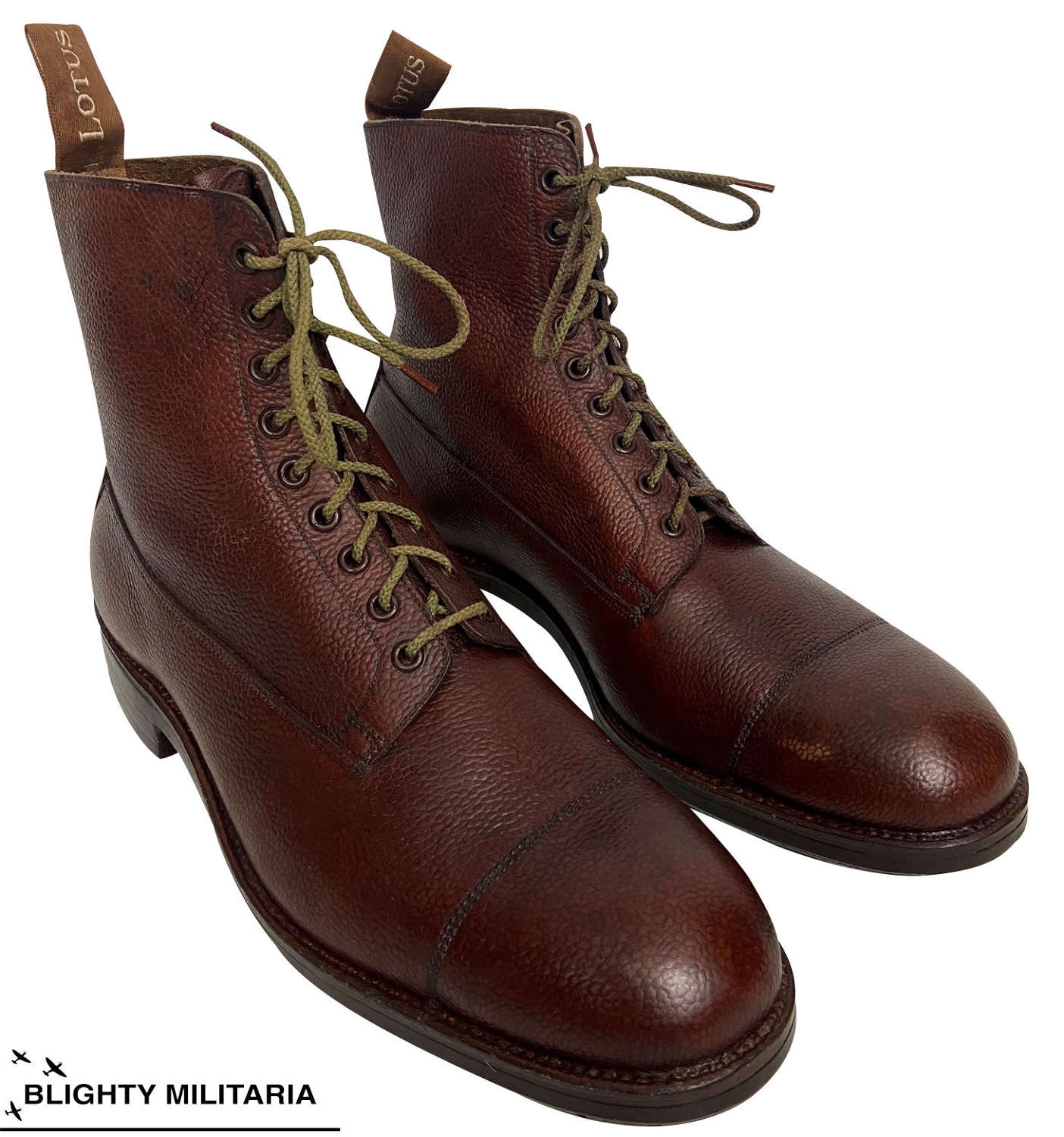 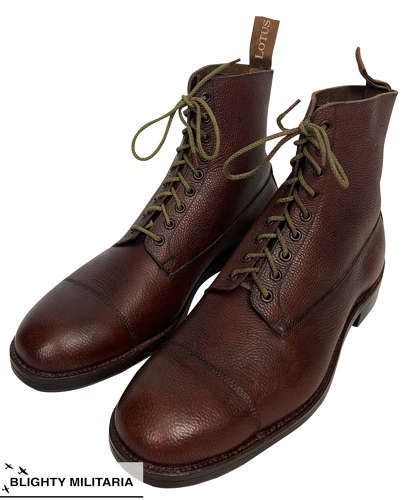 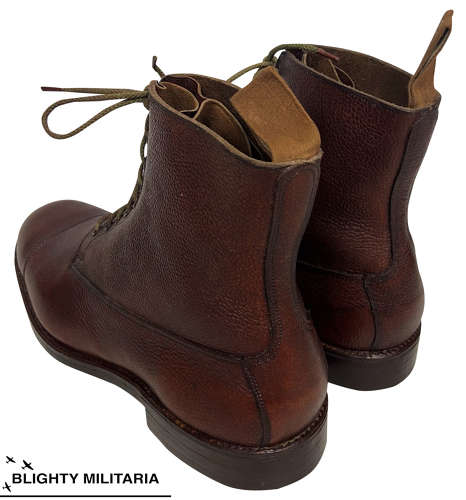 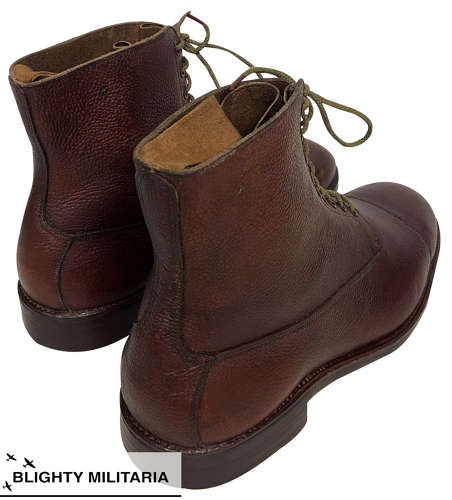 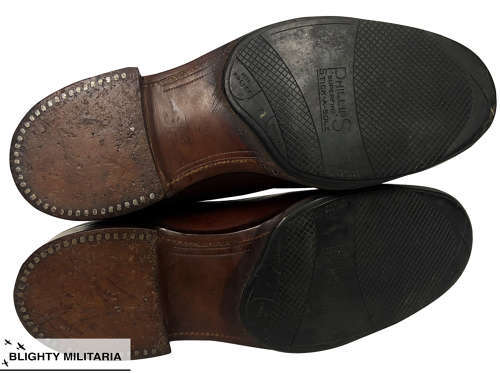 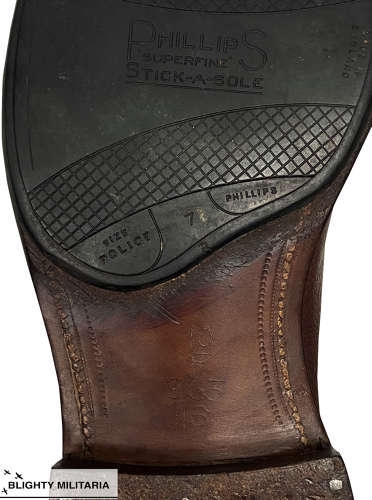 An original pair of British British made brown leather ankle boots made by 'Lotus' during the 1940s.

These boots are typical of those worn by British Army officers throughout WW2 as well as by civilians. They are made from a brown coloured pebbled leather and feature a stitched toe cap. Nine brown painted metal eyelets are fitted to the boots and the interior is unlined. Pull tabs are fitted to the top of each boot which bear the maker's name of 'Lotus'. The name is also stamped to the insole.

The soles of the boots have been fitted with period rubber 'protector' soles which save the original leather sole from undue wear. As is often the case, they are made by 'Philips' and are marked 'size police'. The heels are leather with metal hobnails and markings can be found to the waist of the sole which include the size of 10 and the fitting of F.

The boots are in excellent condition and display very well as can be seen in the pictures. The leather uppers have a nice patina to them and appear to be strong and wearable. The soles show no signs of wear or use and the laces appear to be the originals!

A nice pair of 1940s British ankle boots in fantastic condition and a large, wearable size.