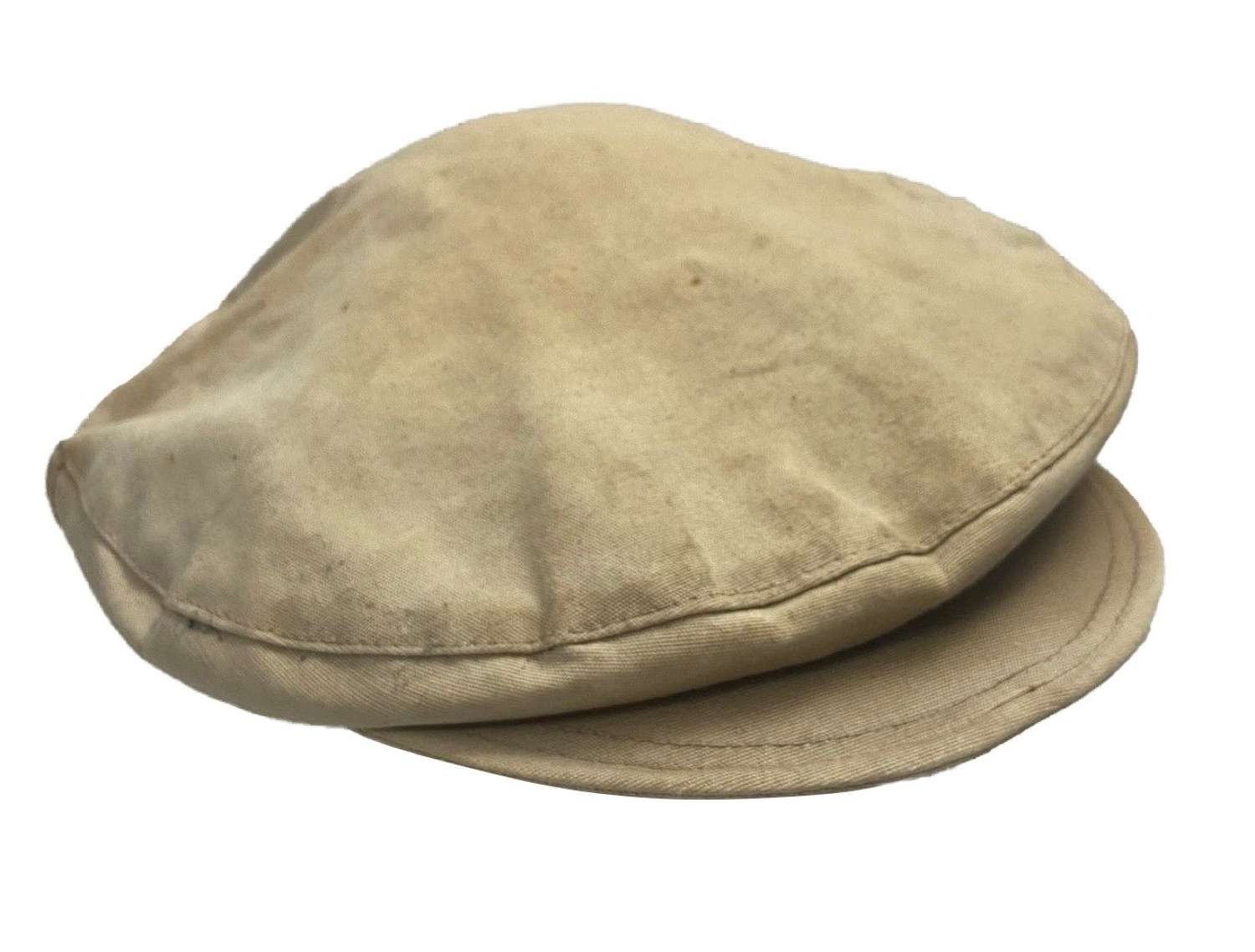 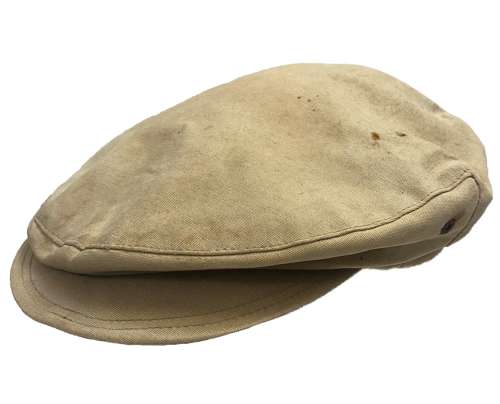 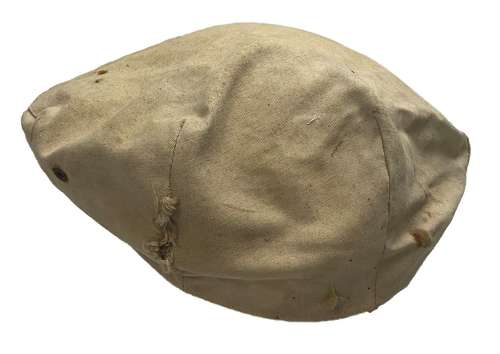 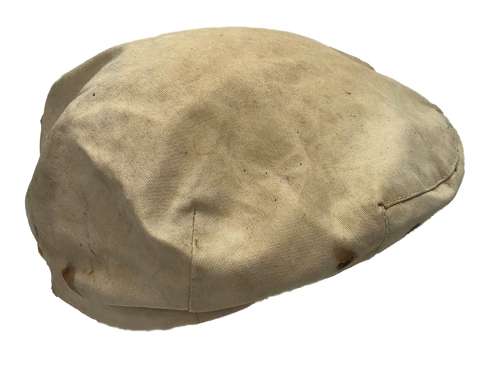 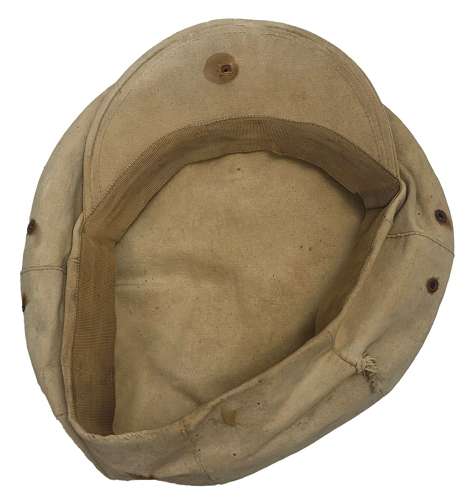 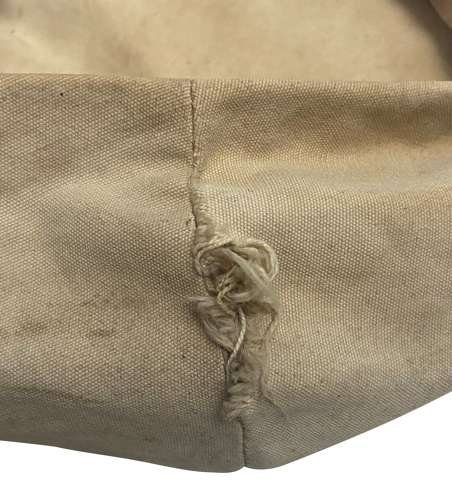 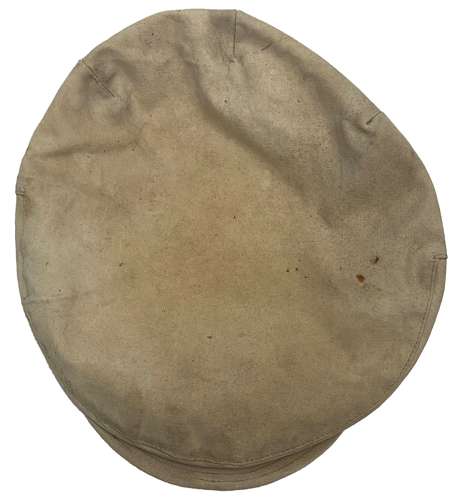 An original French made flap cap dating from the 1940s.

This style of flat cap was popular in France from the 1930s through to the 1950s. This example has clearly been made as a workwear piece as it is made from cotton drill, chosen for its hard wearing qualities. It is made in a light colour to reflect as much light as possible when working outside. The peak of the cap is fitted with a pop stud and metal grommets are located to each side of the cap which act as air vents.

The cap is in well worn condition as can be seen in the pictures. It is still very wearable and has a great look to it but does show signs of wear and age. There is an opening about 1 1/2" long as shown in the pictures as well as some staining and age to the metalwork.

A nice period hat which would top off a workwear look nicely!