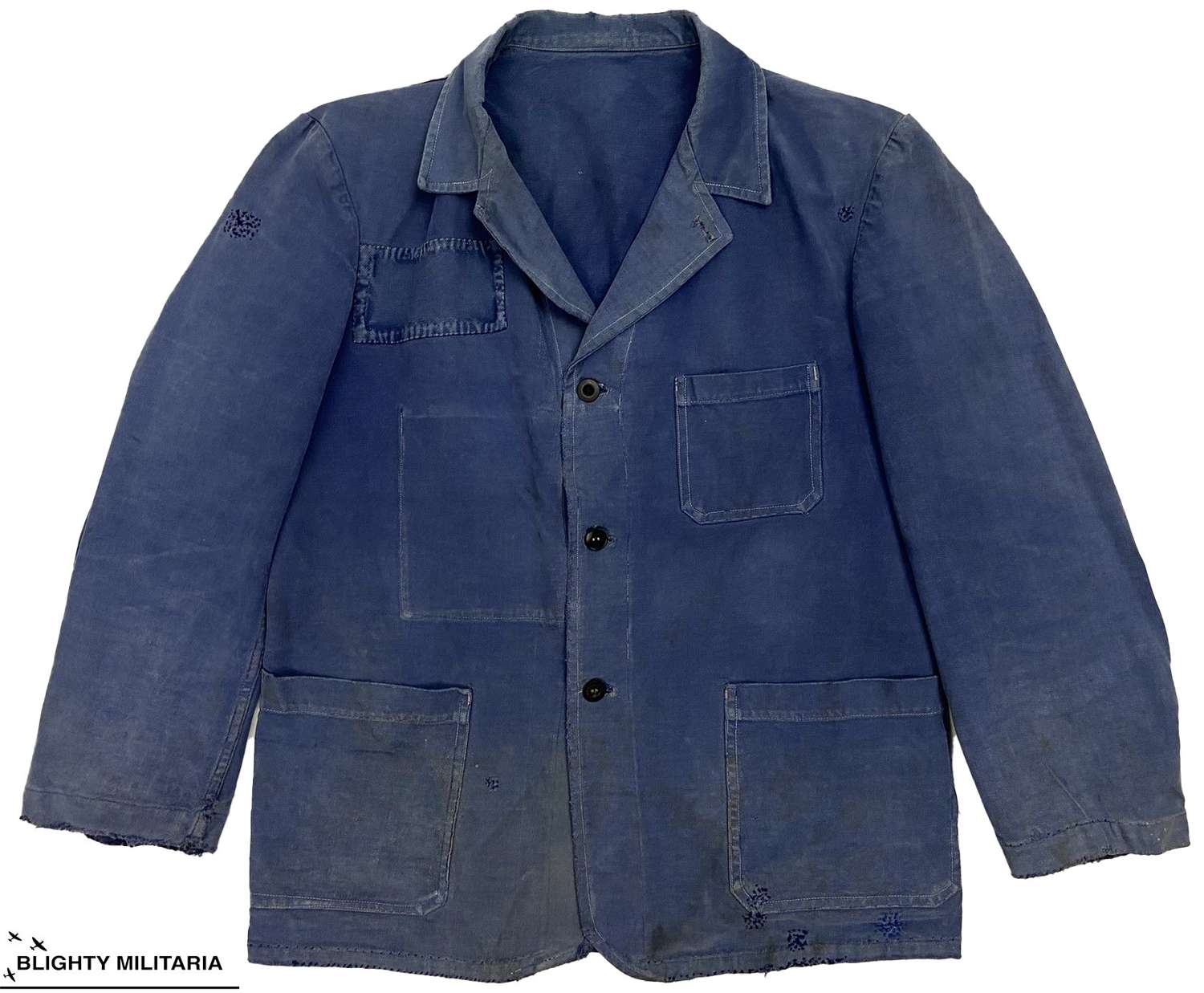 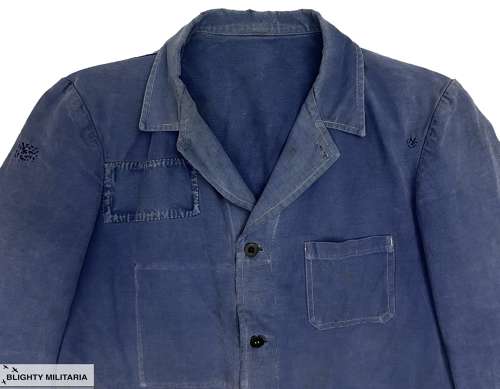 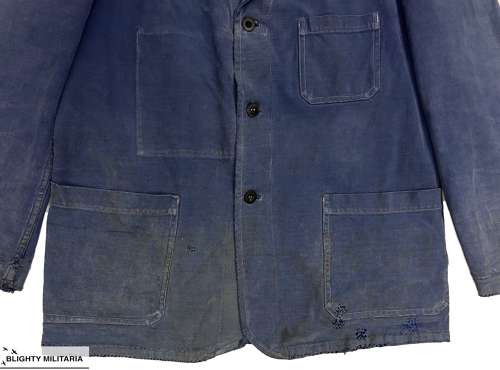 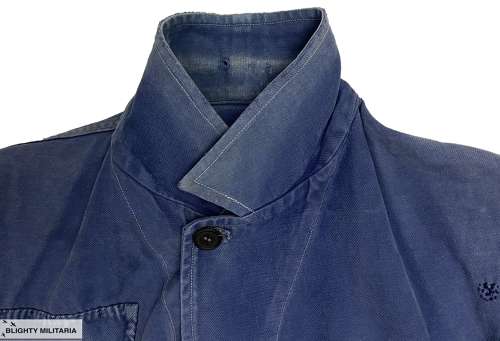 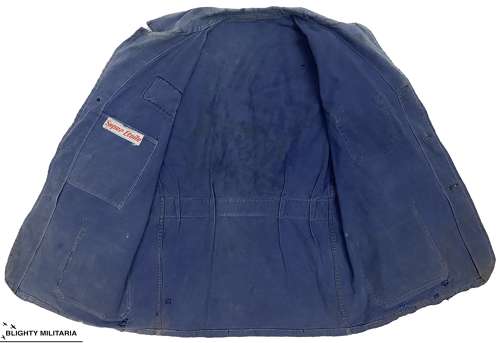 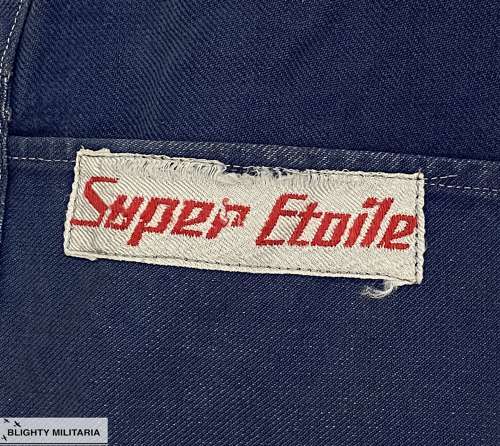 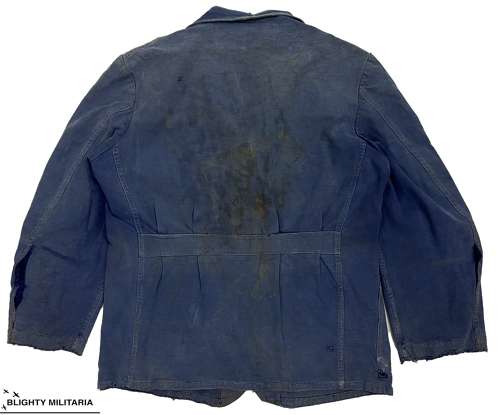 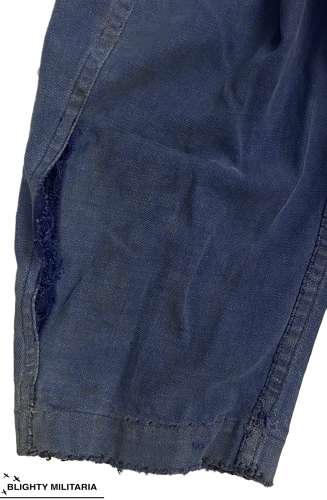 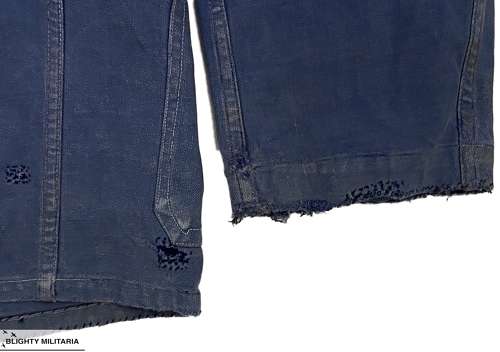 An original French chore jacket made in blue moleskin cotton and featuring a belted back.

Blue work jackets are synonymous with French artisans, workers and labourers of the mid-century period and are arguably the most iconic jacket ever produced in France. This example is a rare early moleskin example and is particularly special as it features a belted back. It is made from a blue coloured cotton moleskin and features a single breasted front which fastens with three buttons. Three patch pockets are located to the front of the jacket and there is also a single interior pocket. The original label is attached to the inside pocket and bears the name 'Super Etoile' which translates as 'super star' in English.

The jacket is a smaller size which will suit a 38" chest well. When laid flat it measures -

The jacket is in well worn condition as can clearly be seen in the pictures. There is various staining and some loss of stitching to both arm seams towards the cuffs which would benefit from repairing. There are lots of nice period repairs and patches but the condition has been reflected in the price. Whilst far from perfect the jacket is still very wearable and has its own unique character. Please take time to study the pictures before purchasing.

A really great early French jacket with some fantastic details.