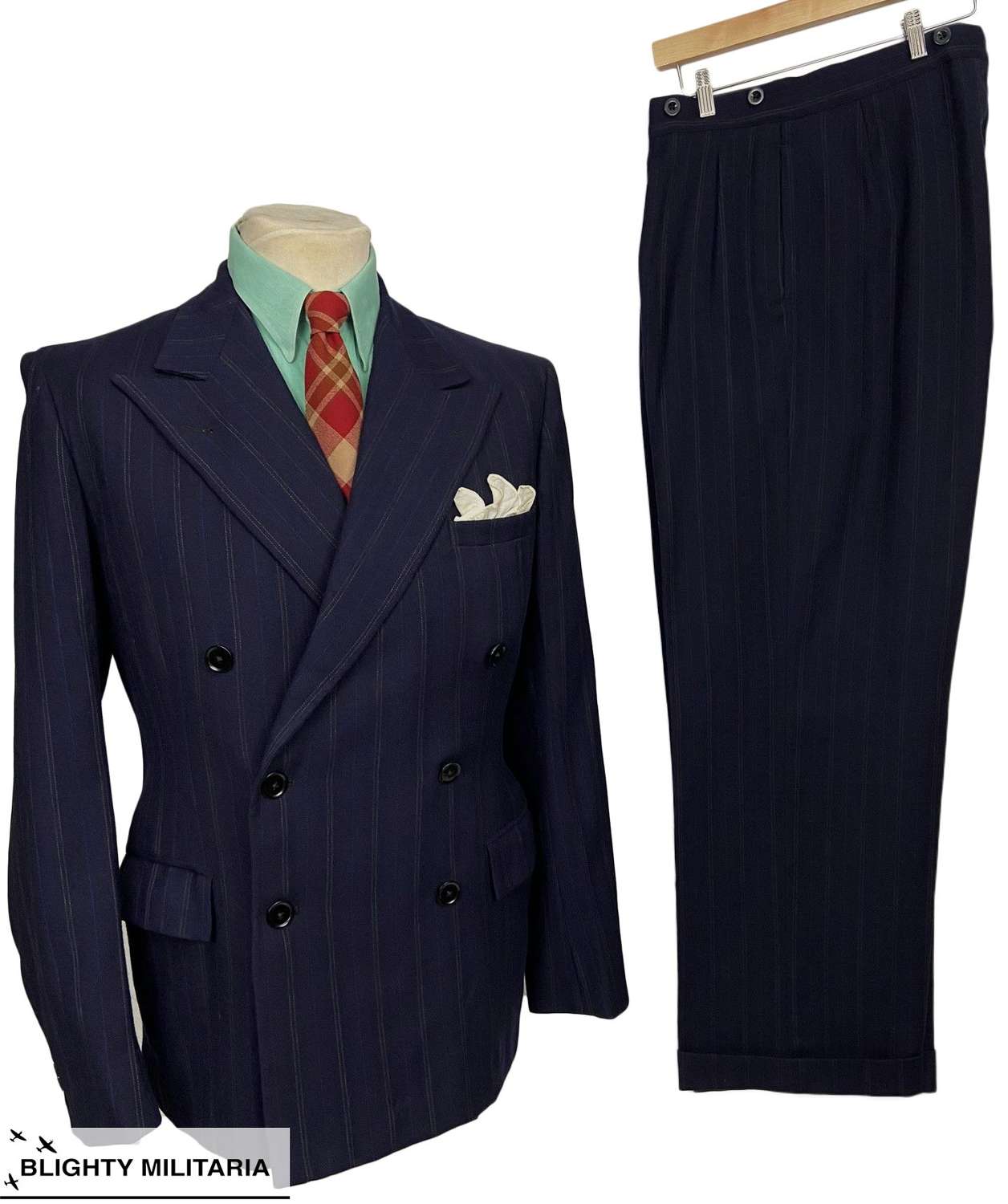 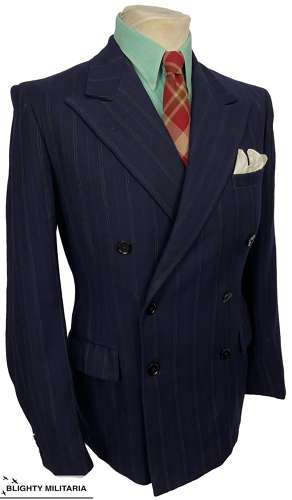 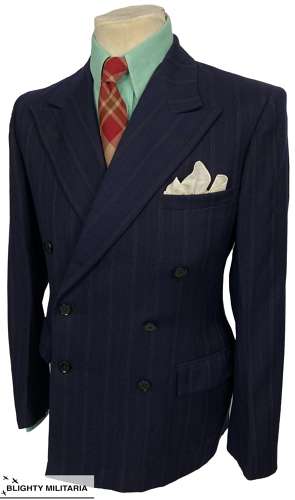 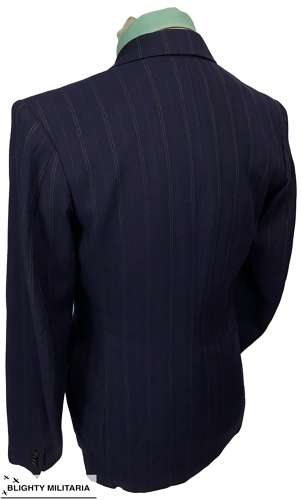 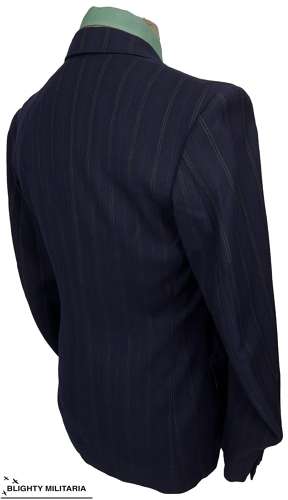 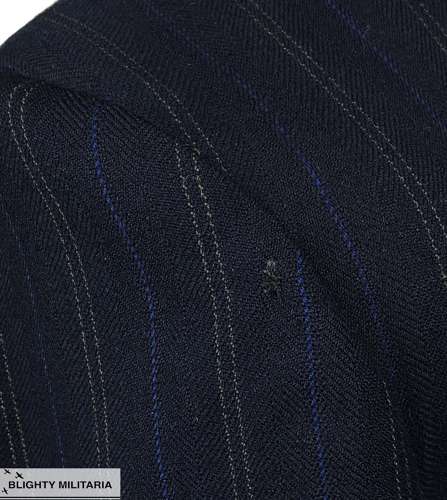 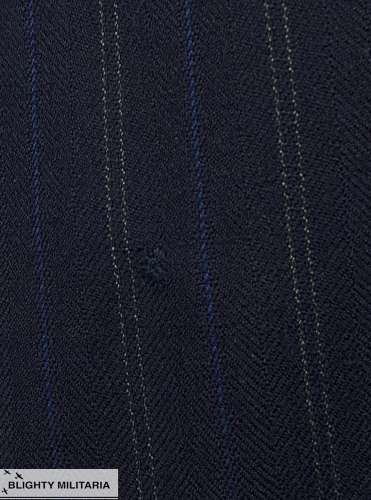 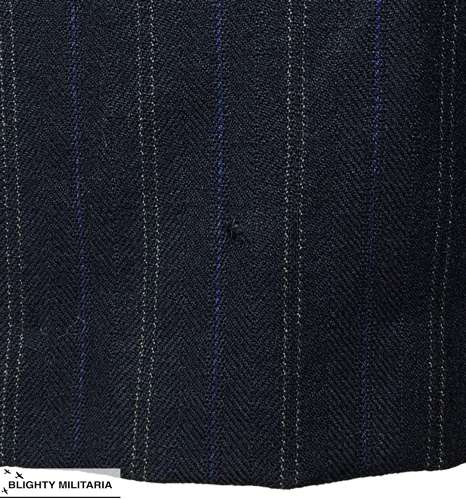 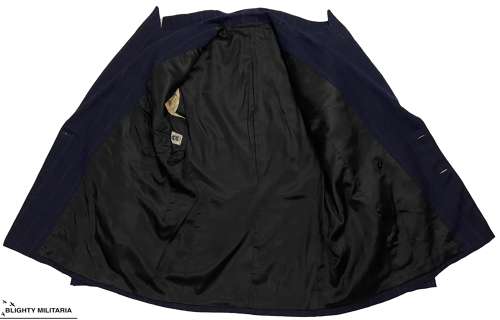 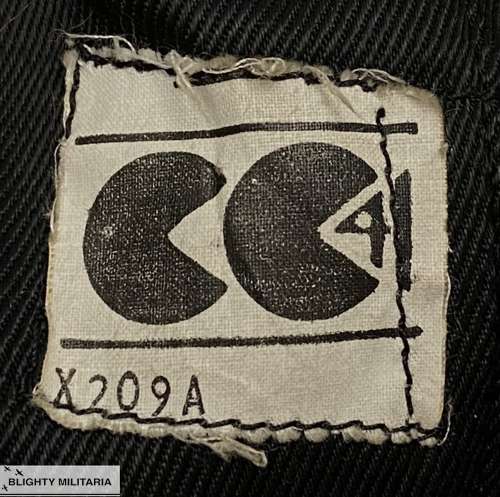 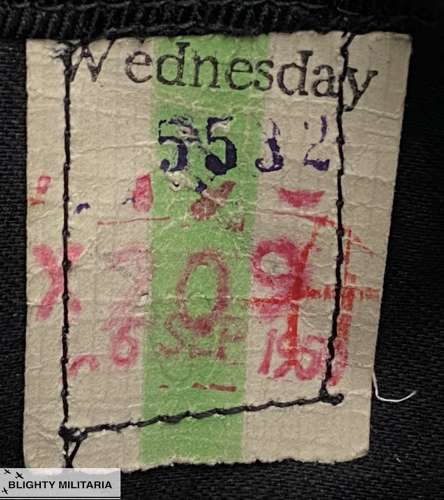 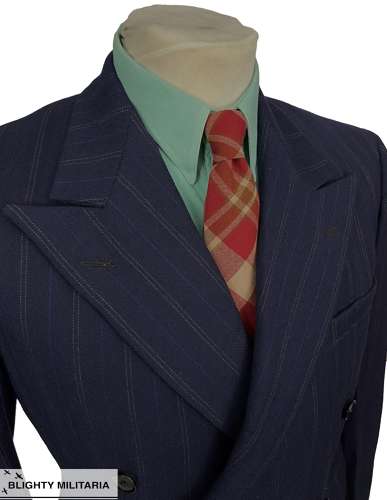 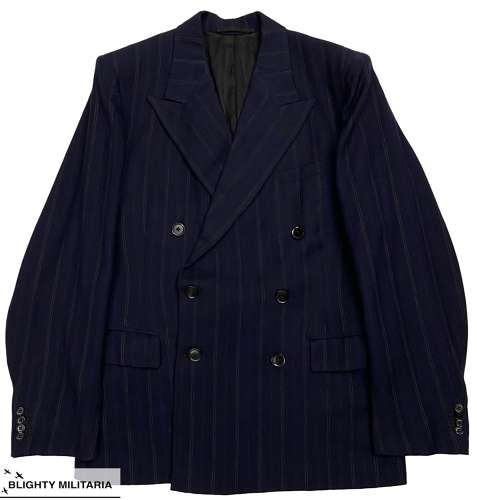 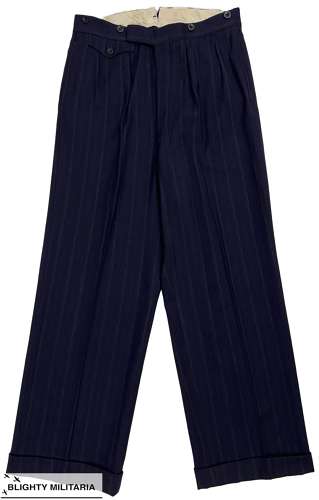 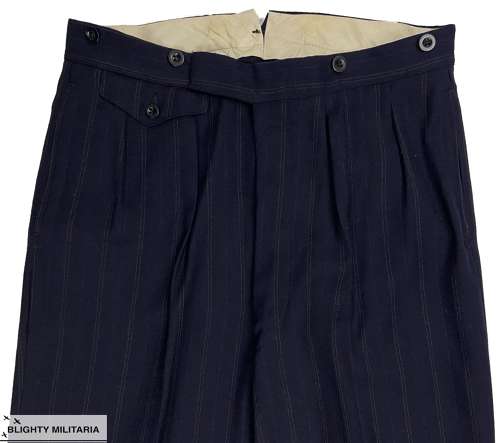 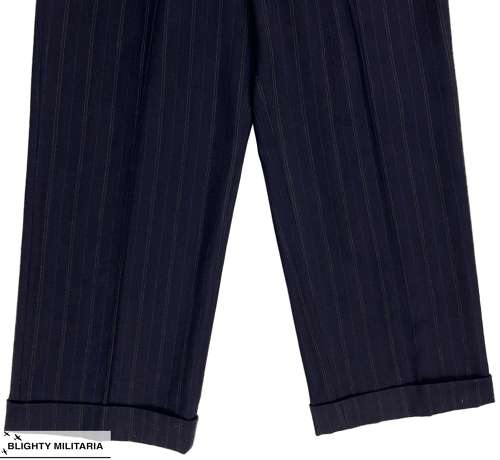 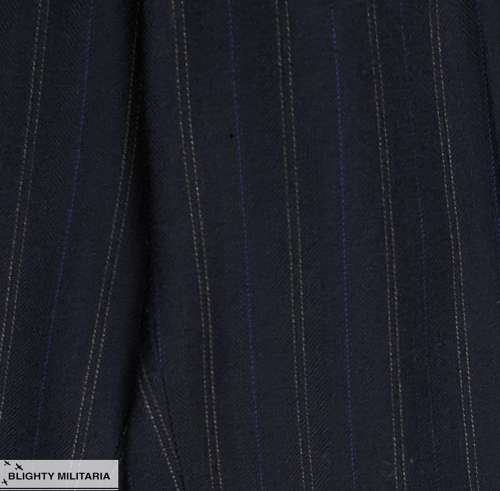 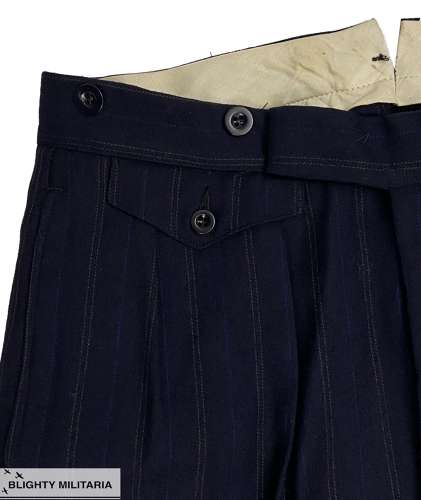 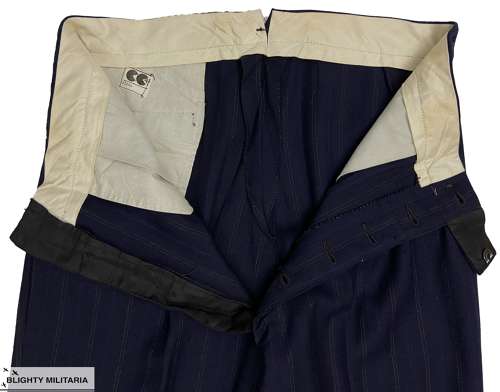 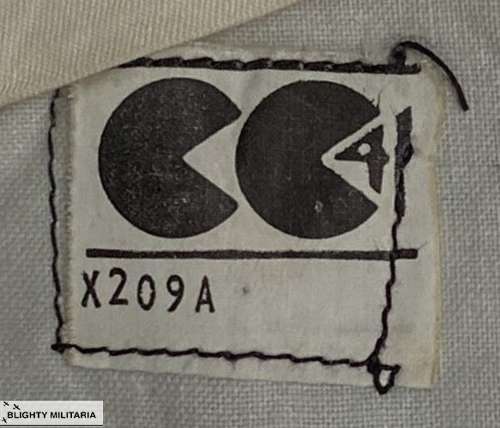 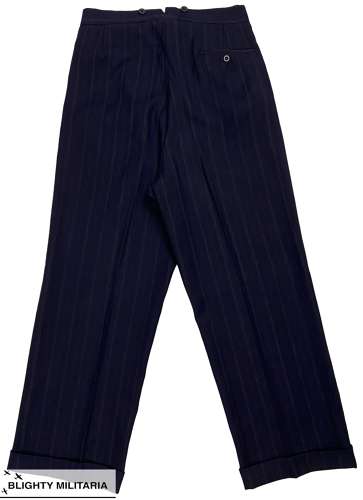 A fantastic original two piece Navy blue coloured pinstripe suit made as part of the CC41 utility Scheme during the 1940s.

The idea behind the CC41 clothing scheme was to produce good quality, affordable clothing for everyone in the U.K, no matter which class they were in or how much money they had. This label has become very collectible and sought after today.

This suit is typical of those made in Great Britain during the 1940s. It is made from a navy blue coloured pinstriped wool which was very popular during this period and hangs beautifully due to its weight. The jacket is cut in a classic 1940s style featuring a double breasted front and large, pronounced peak lapels. The short 'bum freezer' length and lack of any rear vents are also common traits of jackets from this period. The jacket features flapped lower pockets, an angled breast pocket and a four button cuff which puts it at the more formal end of the spectrum. The interior of the jacket is fully lined with black rayon and a hanging loop is located to the neck. There is a single interior pocket below which is the CC41 label which bears the code number of X209A. Inside the interior pocket is another label which bears the date of September 1950. It looks similar to a military 'issue' date stamp which was applied after manufacture, and bearing in mind that CC41 clothing wasn't produced after 1949, I think this stamp is slightly later than the suit.

The trousers are again a classic example of 1940s British tailoring. They feature a high rise waist, wide leg with turn up to the cuff and a button fly. More buttons are fitted around the top edge to which braces can be attached and there is a single pocket to the rear. The front of the trousers feature twin pleats and slash pockets are located to each hip and there is a small ticket below the waistband which is a nice period feature. There is another CC41 label inside the trousers which bears the same code number as the jacket.

The suit will fit someone of around a 38" chest and 33" waist depending on desired fit. When laid flat it measures -

The suit is in good condition as can be seen in the pictures. It is still a nice deep blue colour and has not faded out with washing or exposure to sunlight. There are however a number of very small repairs, all of which are illustrated in the pictures and not particularly noticeable when the suit is worn. Please take time to study the pictures before purchasing and bear in mind that this is a pre-worn suit with small flaws commensurate with age.

A fantastic period suit in great condition. It is particularly interesting in having a 1950 'issue stamp' style date on a late 1940s suit.