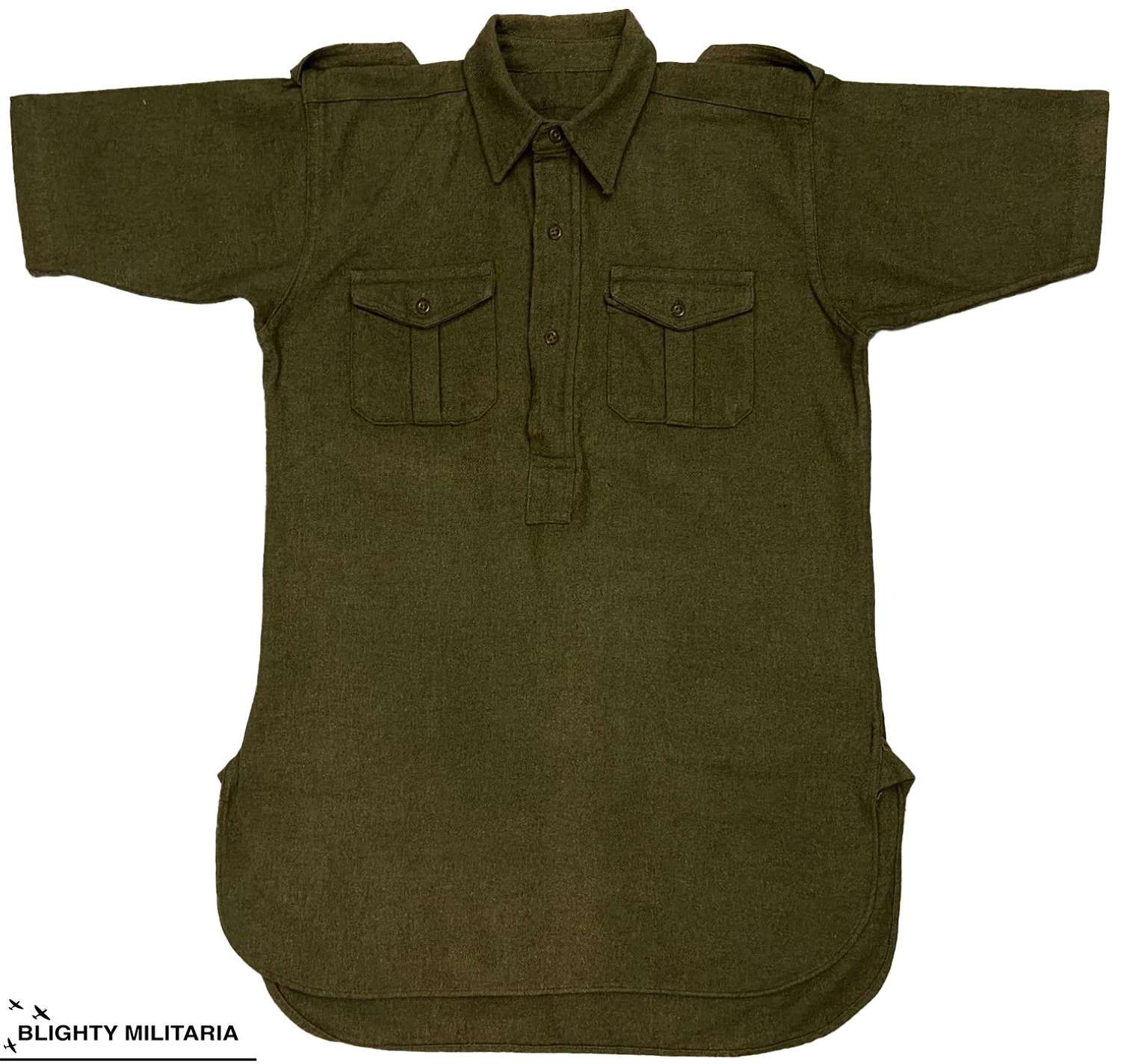 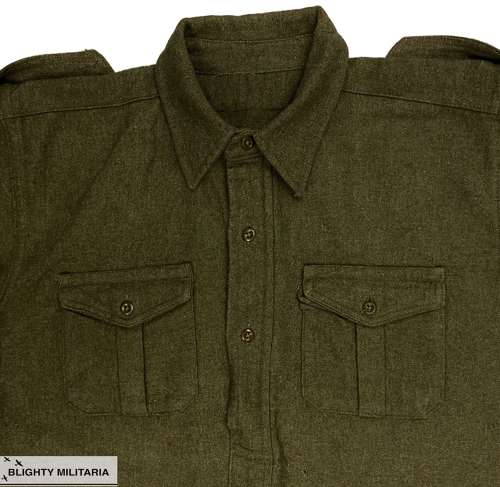 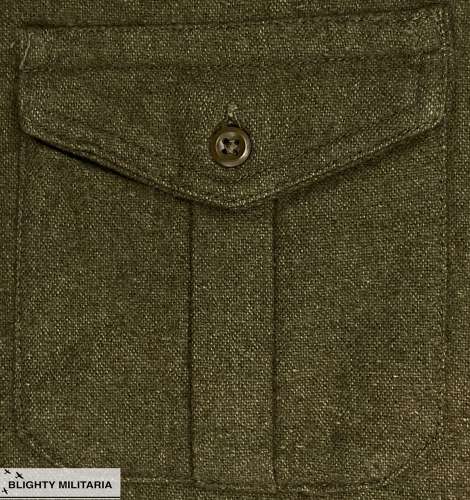 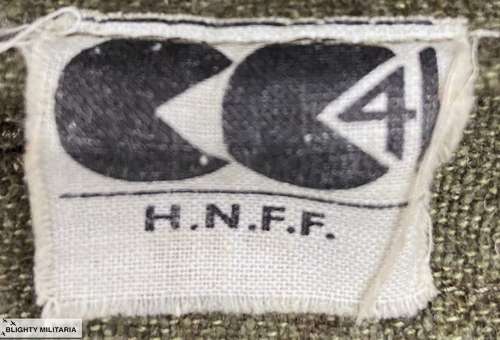 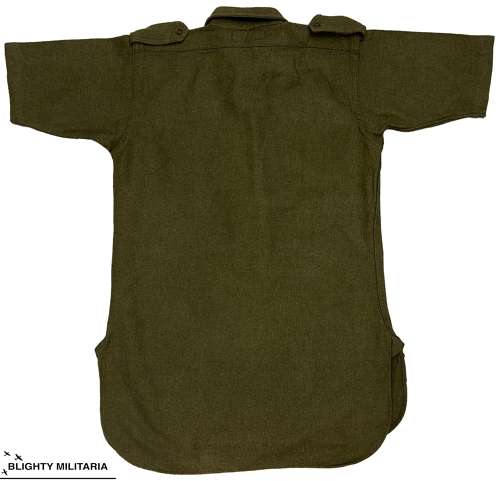 An original 1940s khaki wool flannel shirt made as part of the CC41 utility scheme which was brought into effect in the UK in 1941 as part of the larger rationing scheme. The idea behind it was that affordable, quality clothing would be available to everyone of every class and could be bought using coupons.

This shirt may well have been intended for wear with a paramilitary organisation such as the Boy Scouts and is cut in a military style. The material is the same khaki flannel which was used for British Army shirts throughout the 1940s and 1950s. The shirt features a half-placket front which is typical of British shirts from the first half of the 20th Century and is pulled on over the wearer's head. Two pleated patch pockets are fitted to the chest and epaulettes are located to the shoulders.

Inside the shirt the original CC41 utility label is still present and it is still bright and legible. The addition of this label helps to date the shirt to between 1941 and 1949.

The shirt is in good condition with only limited signs of wear and age. Overall it displays well and is still totally wearable but please bear in mind that it is a vintage, pre-owned item which may have small issues commensurate with age.

A nice original 1940s utility shirt with some great details.