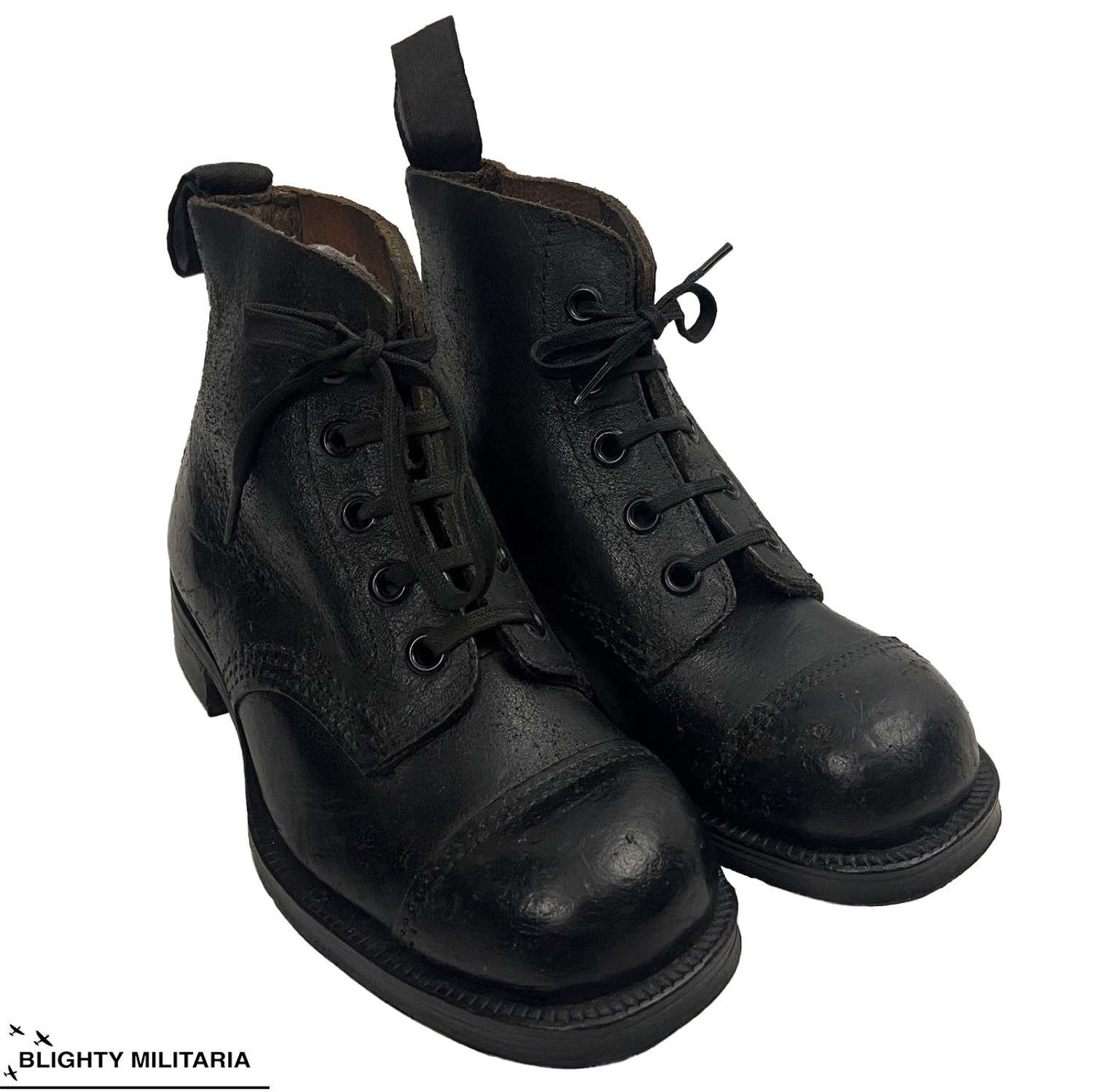 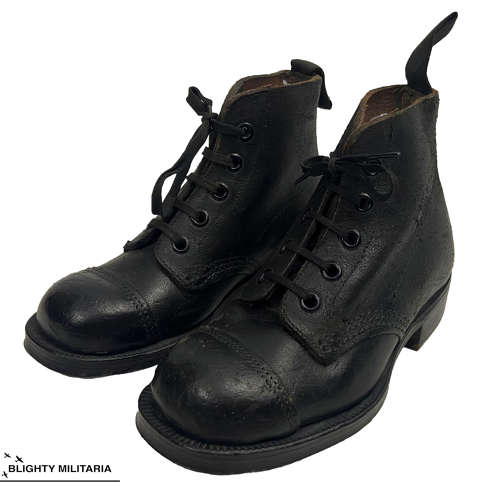 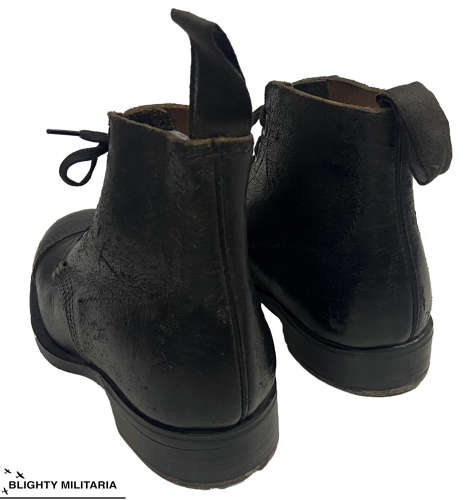 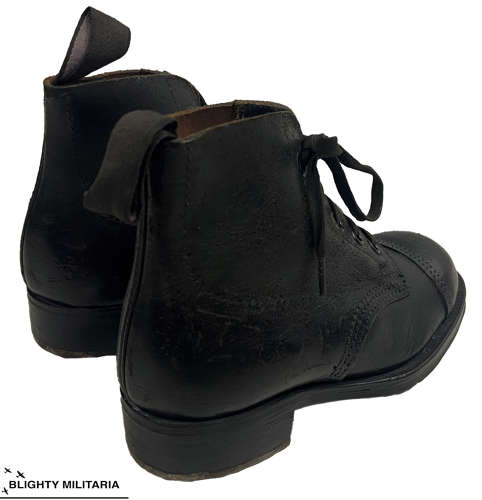 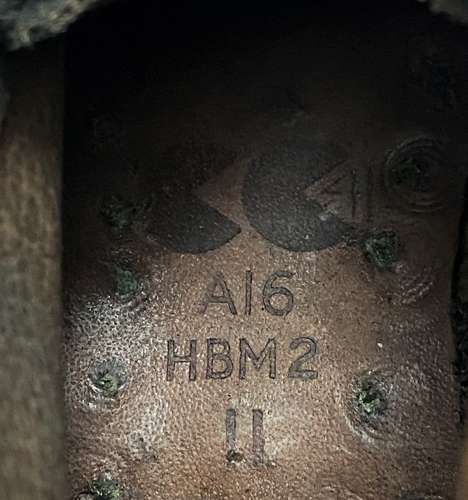 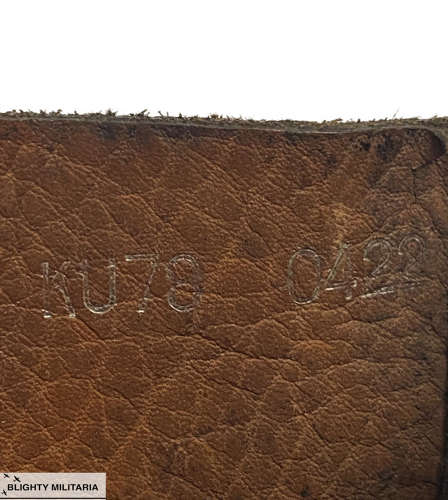 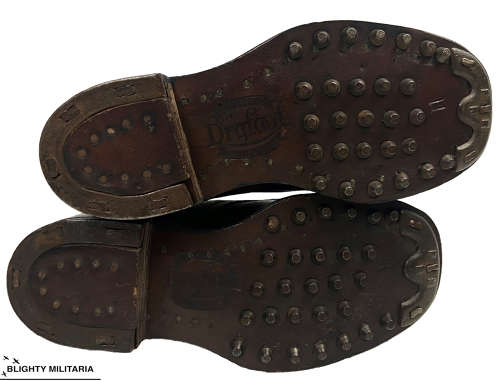 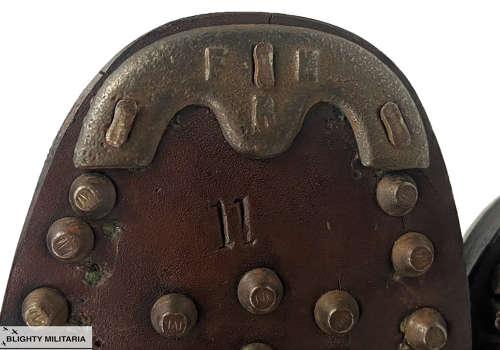 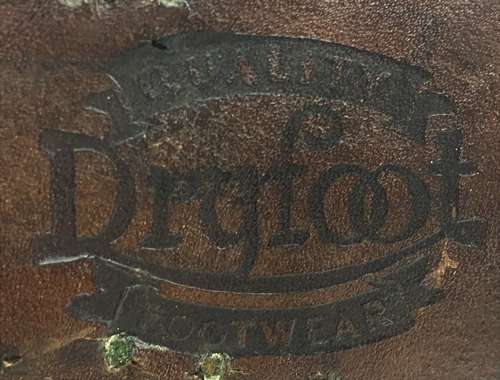 An amazing pair of dead stock boy's boots made under the CC41 clothing scheme in the 1940s and in fantastic unworn condition.

These boots were made as part of the CC41 utility scheme which was brought into effect in the UK in 1941 as part of the larger rationing scheme. The idea behind it was that affordable, quality clothing would be available to everyone of every class and could be bought using coupons.

These boots follow the same design as men's work boots from the same period. They are made from a black coloured leather which is rough side out meaning that the soft, finished side is on the inside of the boot. They feature a separate toe cap and black painted metal eyelets through which are a set of laces. The soles are leather and feature metal toe plates, metal horse shoes to the heel and metal studs to the sole. The soles feature a logo which reads 'dryfoot' and also bear a stamp which reads '11' and denotes the size.

Inside the boots is the CC41 logo as well as the size of 11.

The boots are in great condition and appear to be unworn. They show no signs of previous wear or use and display very well but are of course a vintage item of over 70 years old which may have small issues commensurate with age.

A nice pair of original boots with some great details!