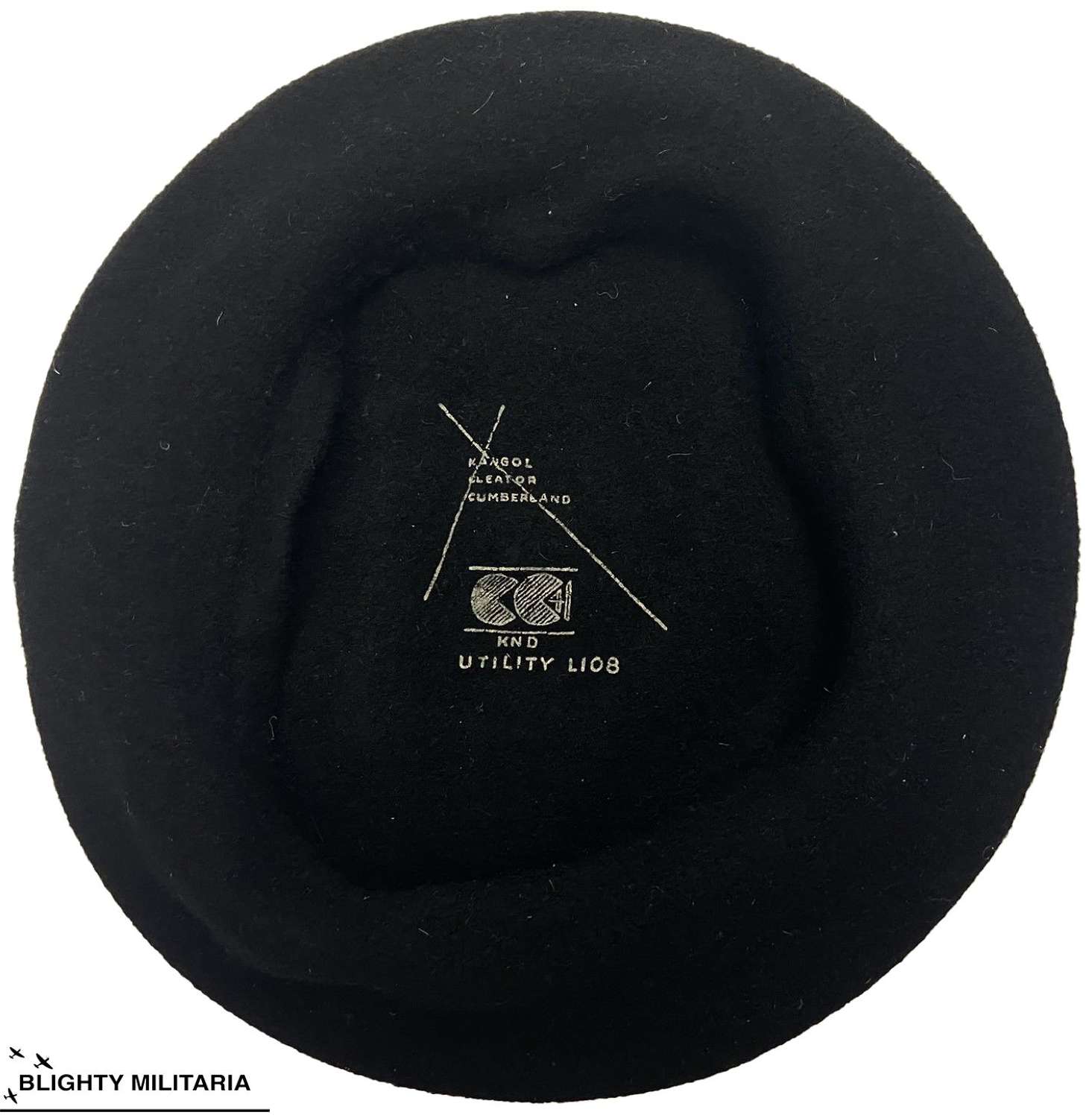 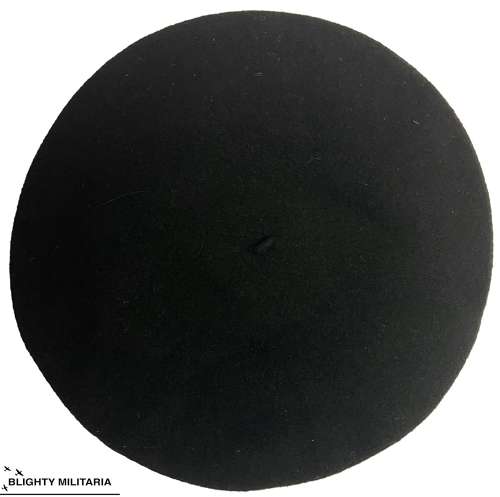 An original black coloured wool beret made by 'Kangol' as part of the CC41 utility scheme which was introduced during 1941. The aim of the scheme was to provide good quality at an affordable price to people from all walks of lives.

Kangol were a prolific manufacturer of headwear in the UK during the mid-Century period and made from the military as well as the civilian market. Inside the beret the original markings are present including the maker's name and the CC41 logo.

The hat is in good condition as can be seen in the pictures. It has some signs of age but overall displays well.

A nice original 1940s hat, complete with its original stamps.