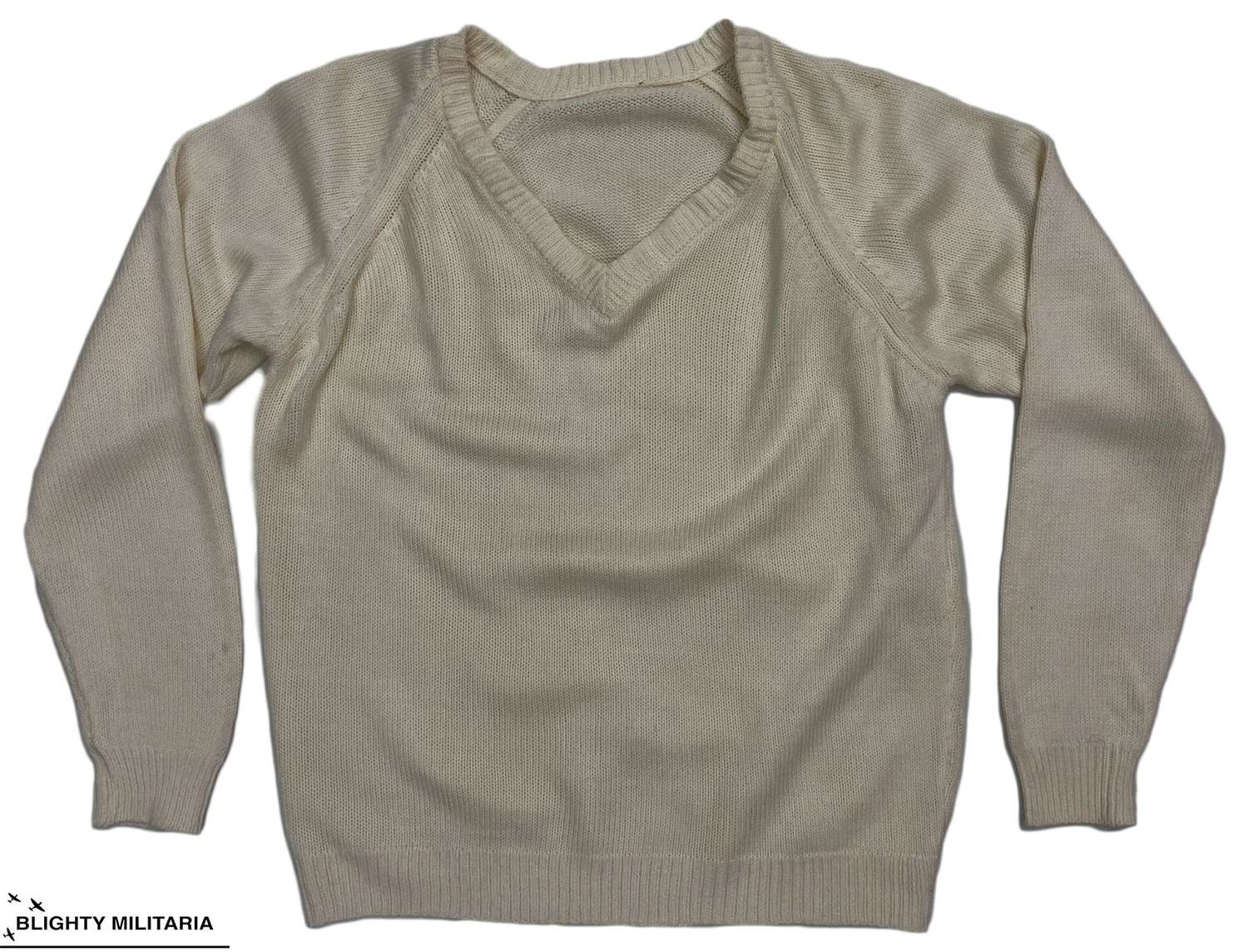 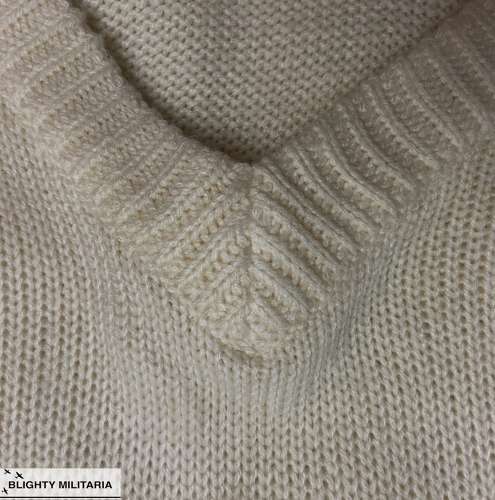 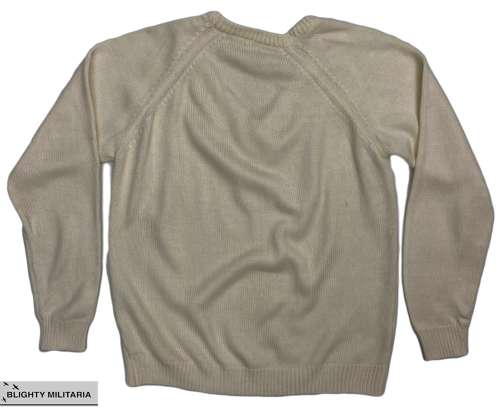 An original 1940s British woollen V-neck jumper which belonged to an officer who served during the Second World War.

This jumper came as part of a grouping of British Army officer's uniform items which belonged to a man who served in WW2. It is typical of the sort of civilian jumper an officer would wear whilst in the field and regulations were more relaxed. It is made from an off-white coloured wool which is machine knitted and the design is similar to cricket jumpers of the period.

The jumper is in good condition with some signs of wear and use. Please study the pictures before purchasing and bear in mind that this is a pre-owned item which may have small flaws commensurate with age.

A nice original jumper which is typically British.